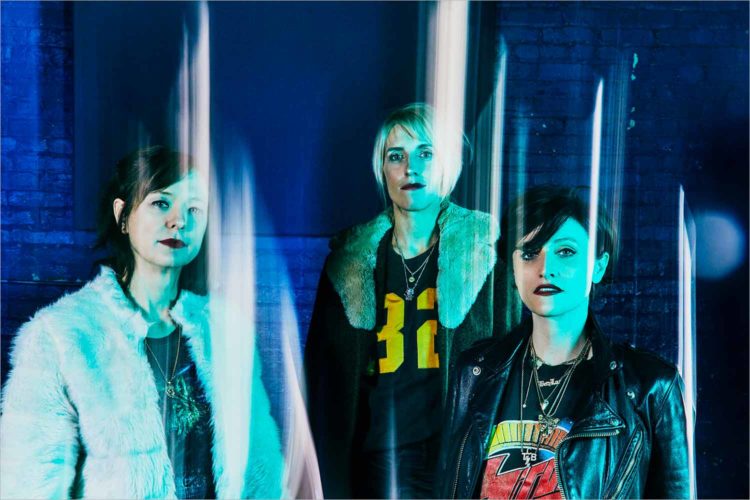 The Cap Times’ local government podcast team follows up a historic election with a live recording of Madsplainers. Mayor-elect Satya Rhodes-Conway will sit in to presumably discuss her landslide defeat of Paul Soglin and future vision for Madison. Also on hand will be Progress Center for Black Women founder Sabrina Madison and Ald. Sheri Carter.

File this one under “baby-makin’ music.” The Bloomington, Indiana-based Durand Jones and his band, The Indications, play a string-infused brand of soul right out of the 1970s, citing Curtis Mayfield and Jackie Wilson as influences. Both ethereal and funky, this is the kind of music that will make you check the birth records for exactly nine months after this show. Their latest LP, American Love Call, was released on March 1 via indie tastemaker Dead Oceans.

As a member of both influential ’90s alt-rockers Helium and Carrie Brownstein’s supergroup Wild Flag, Mary Timony is practically indie royalty. But with Ex Hex, Timony really lets loose, playing a turbocharged form of power-pop-punk that sounds like Big Star on speed. The band’s much anticipated sophomore album, It’s Real, was released last month. This show features support from Moaning and Madison’s own garage punks Proud Parents, who just released a killer, self-titled album of their own on local imprint Dirtnap Records.

Call this a quasi-homecoming for Tom Segura, who lived in Milwaukee for a period in his nomadic childhood. And his comedy is very Midwestern in spirit. Equal parts bitter and raunchy, Segura frequently muses on the minutiae of everyday. And his perspective is that of a seen-it-all curmudgeon, one who has a sarcastic response to pretty much everything. Also, he’s the reason I can’t watch a true crime documentary without thinking about the phrase “Dookie Shoes.”

Matteo Lane is probably the only comedian out there with a six-octave vocal range. Before choosing stand-up as his career path, Lane was an opera singer in Italy, which is like the place to do opera. He brings that same gravitas to his comedy, delivering jokes that are both effervescent and acerbic. He’s a frequent late-night guest (with Colbert and Meyers both on his resume) and co-hosts a podcast called Inside the Closet with Emma Willmann.

After 50 seasons leading the University of Wisconsin’s famed Varsity Band, Mike Leckrone is retiring. His bands aren’t just musically talented, but expert showpersons as well. Their performances are more like a rock concert, and much of that came from Leckrone’s emphasis on live performance. This three-night stand will serve as a proper send-off for the legendary director.

As a member of not one but two of Wisconsin’s indie rock mainstays, Jon Mueller is a scene staple. Case in point: He was one of the musicians profiled in Spencer Wells’ recent book. The Volcano Choir and Collections of Colonies of Bees percussionist will bring his airy experiments to the stage alongside another local favorite, Noxroy. Also appearing is Forest Management, a Chicago-based minimalist.

Being a Madison-based band, there are usually tons of opportunities to catch Seasaw live. But the duo of Eve Wilczewski and Meg Golz is talented enough that every time they do, it’s always noteworthy. The Freeport, Illinois-bred indie pop act released their third album, Big Dogs, last year, and it’s worth checking out for the music videos alone. Fellow local luminaries Chris Koza and Oh My Love will open. This will be Oh My Love’s final show, though members Hannah Luree and Christian Lisser do have a new project called Luree in the works that sounds promising.

Audiophile Christmas is back, and with it comes another crop of exclusive releases. Head to your local record shop to pick up exclusive releases like The Fall, the oft-forgotten Gorillaz album recorded entirely on Damon Albarn’s iPad, and a three-inch single for Foo Fighters’ classic “Big Me.” And get in line early; many of these records are extremely limited.

If you like a bit of competition with your day drinking, you may want to think about gathering a few friends for Bud Light’s annual Barstool Open. Four-person teams will play mini golf inside 12 participating campus bars, with all the proceeds going to Badger Honor Flight. Registration is $50 (and that includes a putter, so don’t get ahead of yourself, Tin Cup).

Each spring, Camp Randall opens its gates to re-introduce the public to the Wisconsin Badgers football team — and in some cases, introduce. That’s so with freshman quarterback Graham Mertz, who will make his first public appearance in a Badgers jersey. Mertz is highly touted and expected to take over Wisconsin’s offense any day now. This open practice replaces the annual intrasquad “spring game.”

Call the fire marshal: Madison’s favorite guitar-burning garage demons The Hussy are toplining the week’s heaviest gig. Joining them is Red Mass, a Quebecois goth-punk duo whose latest album, Kilrush Drive, was produced by Bobby Hussy and released on his own No Coast Records. Rounding things out are a pair of 608 favorites, punx Solid Freex and black metal crew Ruin Dweller.

Winter is here, motherfuckers. HBO’s smash epic is back for one last dance with dragons, and things are gonna get fuckin’ real. Several episodes in the eighth season have feature-length run times, in addition to a much-hyped battle scene that took 55 goddamn days to film. Will we finally see who wins the game of thrones? Maybe, but your favorite character is definitely going to die along the way.