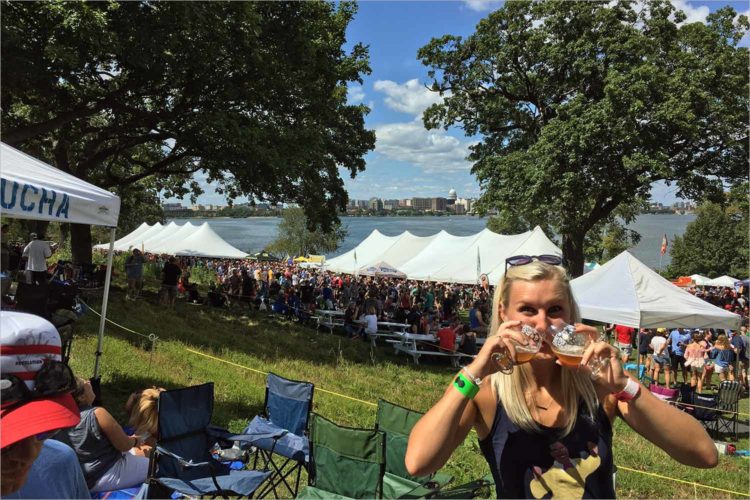 This Minneapolis band’s buoyant indie pop falls somewhere on the spectrum between Vampire Weekend and Pavement. And for an indie rock dork like me, there couldn’t be a better spectrum to be on. Little Fevers is currently working on the follow-up to their debut LP Field Trip, a masterful collection of jangly pop rock. With the “slick and slightly rockin’” Thompson Springs and prog-rockin’ folkie Chris Koza.

This film is for anyone who’s ever overdramatically told their parents that they hate them. High school senior Christine “Lady Bird” McPherson (Saorise Ronan) longs to leave her native Sacramento behind for a more cultured city. Lady Bird tracks Christine’s last year under her parents’ roof, including squabbles with her mother (Laurie Metcalf) as she tries to figure out what to do with her life. It’s also the directorial debut of acclaimed actress and writer Greta Gerwig.

Cats make everything better, whether it’s coming home after a long day of work or interspecies rock ‘n’ roll. The Amazing Acro-Cats focuses more on the latter, with a main attraction that includes Tuna and the Rock Cats, an all-cat band that has a chicken playing the tambourine. Yes, a chicken. The show also features the cats doing non-cat activities like skateboarding and hoop-jumping, but come on… Tuna and the Rock Cats. This is the last of a four-day run at Bartell.

North Carolinian group Fireside Collective has its feet planted in two different eras. They draw from folk’s early, time-honored traditions while also spicing it up with more modern tendencies. It’s old-timey music with a contemporary twist, as perfect for the rock club as it is for the campfire. And if we’re being honest, I’m a sucker for stand-up bass.

The fact that Old 97’s never became one of the biggest bands of the 1990s is a crime against humanity. The Dallas alt-country lifers married classic Texas country to skittish college rock — there are few bands more emblematic of the ramshackle, punky spirit of the genre when it came of age. And after 15 albums, Old 97’s have become a well-oiled machine. Rhett Miller’s shaggy locks may be starting to gray, but he’s outpacing bands who weren’t even born when Hitchhike to Rhome came out. They’ll do two sets here. With the Driveway Thriftdwellers.

The Sessions at McPike Park are really killing it in the classic alt country band department. Bottle Rockets have never became rock stars, but the St. Louisans definitely should have. Their 1994 breakthrough album The Brooklyn Side is a landmark for y’allternative. It also helped the band score a minor hit with their song “Radar Gun,” a cynical ode to small-town cops. Joining them are Madison’s BingBong and Saratoga Springs, N.Y. power-poppers The Figgs, who once served as the backing band for highly underrated pub rock lifer Graham Parker.

Madison’s Bird’s Eye is a lot like a musical cypher session. In addition to the actual rapping, the instrumentation flows freely. It’s like the funky tones are being plucked from thin air and happen to fit perfectly around MC Ra Fury’s lightning-paced delivery. But don’t let that mislead you — Bird’s Eye’s jams are actually meticulously crafted. Also in the house is Brahmulus, a soulful duo featuring Turrnt Vonnegut of Fringe Character.

To paraphrase Mallrats’ Brodie Bruce, “I love the smell of commerce in the evening.” Local vendors will display an array of arts, crafts and food stuffs. Plus, attendees can also enjoy live music and “pop-up restaurant experiences.” This is a chance to support local artisans and enjoy one of those fleeting Wisconsin summer nights.

As a member of the deeply loved post-hardcore band Title Fight, Ned Russin helped steer that band away from the mosh pit and towards a much more textured sound. But Title Fight is on hold, and Russin is throwing his energy into Glitterer. Now it’s just Russin and a wash of electronics, creating a dreamy pop sound that’s about as far from his old band as one could get. Looking Through the Shades, Russin’s second full-length as Glitterer, was released in July.

Rod Tuffcurls & the Bench Press plays here enough that at this point they might as well be honorary Madisonians. The Chicago cover band generally puts on a raucous live show where beer flows freely and singalongs aren’t so much encouraged as they are unavoidable. The band has no genre restrictions and are pretty quick to pick up new songs. From classic rock radio staples to chart-topping hits, Tuffcurls plays it all.

Tom Shimura, aka Lyrics Born, is one of the few rappers who seems to have known exactly who he is from the jump. Starting with his 2003 debut Later That Day — featuring the undeniable earworm “Callin’ Out” — the Bay Area emcee has combined heavy funk influence with an elastic flow. And over the last 16 years, Lyrics Born has only gotten more assured. His latest, Quite a Life, sees the rapper making observations on gender and racial representation without ever losing his permeating groove. Plus, his support here is the equally funky and much harder to classify New Orleans group The Iguanas. With Madison’s Panchromatic Steel.

Get excited for Black Restaurant Week (Aug. 11-18) by trying out a few of this year’s participating restaurants. For $2 per sample, you can easily figure out which specific eateries you want to throw your money at in the coming week. And with live music and family activities also on top, this sounds like a pretty fun Friday night. (And a good way to get some food in your belly before Glitterer or Rod Tuffcurls.)

Unless you’ve figured out the physics of time travel, you probably won’t get to experience Stop Making Sense firsthand. But here’s the next best thing: a dance party/screening of Talking Heads’ Jonathan Demme-directed concert film. And this isn’t just any showing. The film will also feature concert sound and lighting, so it’ll be like being at the Pantages Theater with David Byrne and company. Make sure to get that oversized suit to the cleaners!

Heavy metal goes full tilt for the third Mad with Power Fest. Attendees can enjoy a variety of free play arcade and pinball games, and music from some of the heaviest underground bands in the country, including Madison natives Lords of the Trident. Also entering the game are Theocracy, Judicator, Helion Prime, Novareign, Widow and Fiakra, plus a special guest appearance by Dr. Phillip Ahn. If that last one sounds a bit weird, let me assure you it’s not. Ahn — a physician from Chicago — was the voice of Shang Tsung in Mortal Kombat II.

There’s no right or wrong way to describe Fringe Character. They are a rock band, a jam band and a hip-hop group, plus a soul outfit and funk crew. The Madison collective takes so much influence from so many different places that they’ve carved a space in the musical landscape that only seems to fit them. But that’s just fine, because Fringe Character is so captivating that they warrant that singular status. Their support is similarly eclectic: local Brazilian hip-hop fusion act Metabaque and the funky, rap-inflected rock of The Grease Monkeys.

If HBO’s Chernobyl taught me anything — other than that RBMK reactors do, in fact, explode — it’s that Geiger counters are pretty fucking metal. So it makes sense that Twin Cities crusters Geiger Counter would take their name from the radiation sensor. Their sound is somewhere between hardcore punk and thrash metal. Basically, the sonic version of a total nuclear meltdown. With a trio of Madison heavies: Tubal Cain, Ossuary and Warbastard.

Great Taste of the Midwest

Almost 200 craft breweries will be on hand for one of the country’s largest beer festivals. But there’s more to it than the sampling. (Though that’s definitely the most fun part — usually over 1,000 different brews are featured.) The Great Taste also features beer education and “brew-ins,” where hobbyists come together to swap techniques. If you’re a beer geek, heaven is on the banks of Lake Monona.

Cure your post-Great Taste hangover with a bloody mary of your own design. A wide array of meat, cheese, veggies and various spices and garnishes will be available, plus a complimentary beer chaser from Indeed Brewing in a commemorative cup and food from The Brass Ring. Live music will include a tribute to Jimi Hendrix featuring an all-star cast of local musicians, plus the funky organ jams of Chicago trio JB3s.

Spend any amount of time away from Wisconsin and you’ll learn to appreciate the cheese curd a lot more. This festival celebrates the majesty of fried cheese (and unfried — the squeaky stuff will be there too). Curds from all over the state available for purchase, and Curdfest will also crown the state’s finest. Who will come out on top? No one knows, but it’s all going to taste great.