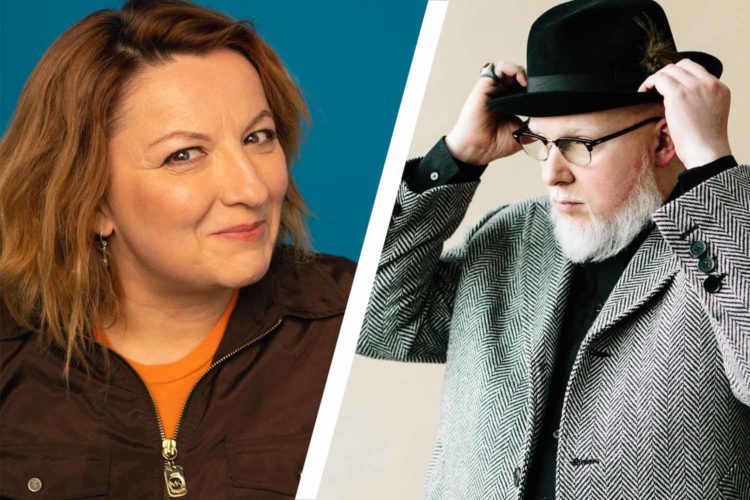 It’s nice that Jake Clemons was able to get some time away from his day job to play Madison. That day job, BTW, is playing sax in the goddamn E Street Band. (Jake replaced his uncle, the legendary Clarence Clemons, after his death in 2011.) But Jake has a strong catalog away from The Boss, releasing two solo albums of socially-conscious, rootsy pop rock. His latest, Eyes on the Horizon, was released in September.

New England singer/songwriter Stephen Kellogg takes a workmanlike approach to making music. The 43-year-old is always on the move, whether he’s touring around the States or performing for U.S. troops stationed overseas. (Kellogg was named the Armed Forces Entertainer of the Year in 2010.) And it’s not difficult to find what gives him that kind of broad appeal. The easygoing folk pop he delivers on songs like “Glassjaw Boxer” paint him as a rock ‘n’ roll everyman. In other words, just a guy with a job that he happens to do very well. Support comes from the irreverent Wisconsin group Bascom Hill.

You Oughta Know Music Trivia: Boy Bands of the Past 70 Years

What do John Lennon, Justin Timberlake and Harry Styles have in common? (Besides being very cool and talented dudes, it seems.) They all got their start under the nebulous umbrella of “boy bands.” Basically, if a group can cause teenage girls to fly into a frenzy as if infected by the rage drug from 28 Days Later, and all the members are young men, it’s a boy band. One Direction, Backstreet Boys, BTS? Boy bands for sure. Even The Beatles count as an OG boy band. This is a chance to flex all that knowledge memorized from the pages of Tiger Beat.

Nobody is Above the Law Impeach and Remove Rally

It’s surprising that it took this long, but here we are. The wheels are turning on Donald Trump’s impeachment, even if the Senate is already saying the quiet part out loud again. Since unfortunately we need to remind them of their constitutional duty every now and then, this MoveOn-organized rally will be held on the eve of the House vote. It’s a chance to emphatically say, “Hey, guys: do your fucking jobs because no one is above the law.” (Except Judge Dredd, who of course is the law.)

One of my most memorable concert experiences was seeing Brother Ali at The Metro in Chicago, wayyyy back in 2009. The reason? A full decade and literally hundreds of shows later, the Minneapolis-via-Madison rapper can move a crowd like no other. The Rhymesayers OG has an elastic flow and a vocabulary so large it probably has its own field of gravity. Brother Ali is an underground legend and one of the most naturally gifted emcees ever. Ali will be joined by his DJ Last Word and fellow Twin Cities rapper Nur-D.

Milwaukee electropop band GGOOLLDD is always a fun time. They’ve mastered the art of ethereal party music, and play it to pitch perfection. If you like CHVRCHES (both their use of unusual spellings and love of punctuated synthesizers), you’ll love GGOOLLDD. With local stalwarts Seasaw, Madison’s premier purveyors of kaiju-themed music videos, and Boy Bjorn, the solo project of Brian Holl (Foreign Fields).

Sleepy Gaucho may have formed in Wisconsin, but their sound has a distinct Panamerican flavor. That’s fitting, as multi-instrumentalist Andy Goitia spent part of his childhood in Argentina, drawing on a melting pot of sounds that mixes American folk and country with more exotic tones. Joining here is Old Pup, a Madison group that sends roots music soaring through the cosmos. And rounding things out is Madison jam/electro hybrid The Earthlings.

It’s an argument as old as time itself: Is Die Hard a Christmas movie? I say yes, but regardless of where you stand on the argument, it’s still one of cinema’s greatest action blockbusters. Join New York cop John McClane (Bruce Willis) as he crawls and shimmies his way through Nakatomi Plaza, an L.A. skyscraper that’s been overrun with a monologue-prone terrorist cell headed by the diabolical Hans Gruber (Alan Rickman). Yippee-ki-yay, motherfuckers.

After Labour’s ominous showing in the UK elections, it seems more important than ever for America’s left-leaners to unify ahead of the 2020 presidential race. The latest debate sees a miles-wide Democratic lineup shortened to just Joe Biden, Bernie Sanders, Elizabeth Warren, Pete Buttigieg, Amy Klobuchar, Andrew Yang and Tom Steyer. (If they’re even there — some may be standing in solidarity with organized labor instead.) Sure, it’s not the most exciting way to spend a Thursday, but it’s wise to see for yourself where they each stand on the issues before things get wildly distorted on Twitter.

Jackie Kashian is a born and raised cheesehead. A Milwaukee native, Kashian first started doing stand-up while attending UW-Madison in the ’80s. She’s since become a cult hero, hosting The Dork Forest podcast and appearing everywhere from Conan to 2 Dope Queens. As a stand-up, her material has been described as resembling a “really racy episode of All Things Considered.” Also performing is the excitable and animated Carmen Morales.

Time warp yourself into the holiday season with Madison’s Velvet Darkness. Here the shadowplay group will perform alongside The Rocky Horror Picture Show, the world’s most beloved genderqueer camp rock opera. And I will once again use this opportunity to stump for myself playing the Meat Loaf role from the original film. I can’t sing or dance, but I do own Bat Out of Hell on vinyl. That has to count for something, right?

Even the most beloved holiday standards can feel stale over time. In this instance, Darren Sterud’s orchestra is jazzing up “the Nutcracker” by playing Duke Ellington’s interpretation of it. Sterud says that Duke “had this way of taking classical music and really making it accessible in a completely different genre.” The translation from ballet to jazz alone is fascinating, as is Sterud’s staunch refusal to go through the musical motions for the holiday.

Welcome the coldest season of the year in a strangely fitting way: an outdoor party. The annual bonfire is a chance for folks to get together with their neighbors and literally and figuratively burn away their bad vibes (or send wishes into the next year, whichever you prefer). In addition to the huge fire, there will be hot chocolate and cider, signing, dancing, and giant puppets. It all sounds pretty cool, but to be honest you had me at “giant puppets.”

As frontman for Midnight Reruns, Graham Hunt staked his claim as Milwaukee’s king of Pabst-soaked, throwback rock ‘n’ roll. But now Hunt lives in Madison, which I suppose makes him our king of the same thing. His solo debut Leaving Silver City recalls the experimental later years of Midnight Reruns’ own spiritual forebears, The Replacements. Hunt will be performing here as a duo with Claire Nelson-Lifson (aka CNL), one-third of Proud Parents’ three-pronged songwriting attack. Kat & The Hurricane and Darker N’ Darker round out this night of local alt-rock.

Few bands embrace absurdism as much as Wood Chickens do, so their holiday concert is always worth checking out. The twang-punk trio promise “music, gifts, fun, cartoons and plenty of holiday cheer,” in addition to their signature brand of goofball rock. (See their 2018 album Well Done! for specific examples.) Support comes from a pair of Chicagoland artists, folk punk Davey Dynamite and “waltzcore” group Diner’s Club.

Let me get this out of my system, because I can’t hold it in any longer: “Shitter’s full!” There are plenty of memorable lines in the 1989 holiday classic Christmas Vacation, but Randy Quaid’s crude exclamation is the one that abanlways sticks out to me. Family man Clark Griswold (Chevy Chase) is trying to plan a perfect Christmas when idiot Cousin Eddie (Quaid) parks his RV on Clark’s lawn — and to make matters worse, Clark’s shrewd boss is quietly taking away his company’s holiday bonuses. It all sounds tragic, but it’s actually quite funny. And when you remember how much of a shitbird Chase is in real life, it’s totally OK to laugh at bad things happening to his characters.