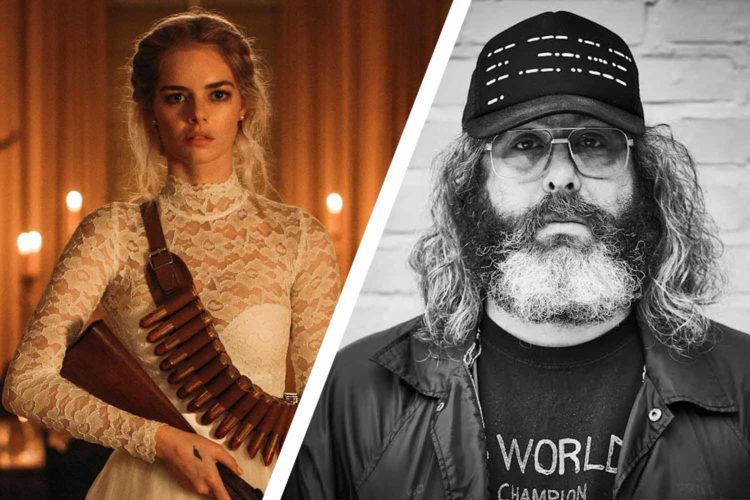 It’s common knowledge now that director Ana DuVernay (A Wrinkle in Time, Netflix’s When They See Us) is a modern master behind the camera. And 2014’s Selma was her breakthrough. Starring David Oyelowo as Dr. Martin Luther King, Jr., the film dramatizes King’s marches from Selma, Alabama to the state capital of Montgomery in support of voting rights for black Americans. It’s an engaging portrait of a dark and ugly time in U.S. history. Also, every good actor ever is in it: Tessa Thompson and Tim Roth to Lakeith Stanfield and Martin Sheen. Even Oprah is in this movie!

Lin-Manuel Miranda’s Hamilton is near-universally beloved and sells out everywhere it goes. As you probably know, it’s the story of statesman Alexander Hamilton — from his youth in the West Indies to his distinguished career as one of the founding fathers of the United States. These performances will end a three-week run in Madison.

Released under the much more disturbing title Shooting Dogs in its native England, 2005’s Beyond the Gates is a harrowing true story about the 1994 Rwandan genocide. It’s based on the experiences of BBC producer David Belton (who co-wrote), and stars Hugh Dancy and the late, great John Hurt. Dancy and Hurt play a teacher and a priest, respectively, who are caught up in the middle of a barbaric ethnic cleansing that claimed the lives of over one million Rwandans. Unlike the Oscar-winning Hotel Rwanda (which was shot in South Africa), Beyond the Gates was actually filmed on location.

Like The Beach Boys or early Weezer, Beach Bunny has a knack for making sun-kissed powerpop. But unlike either of those Golden Staters, this quartet hails from Chicago. Still, their sugary hooks and melodies sound radio-ready — even if they’ve yet to put out a full album. They most recently released an EP called Prom Queen, but mark your calendars: Beach Bunny’s debut LP Honeymoon will arrive in February. Support comes from their fellow Chicagoans, indie punk trio Lettering.

Blues rocker Samantha Fish is an illustration in contrast. She looks a bit like Gwen Stefani, sounds a little like Norah Jones, and can wail on the guitar like Muddy Waters. The 30-year-old Missouri native utilizes blues’ classic trappings while tweaking the sound to make it fit the modern music landscape. But with Fish, the real draw here is her talent on the six-string. There are few people with the ability to shred with this kind of effortlessness; it’s the musical equivalent of speaking in tongues. Fish’s sixth album, Kill or Be Kind, was released in September. With native Minnesotan and The Voice vet Nicholas David.

Though ostensibly an electronic duo, Chicagoland’s Louis the Child draws from a deep well of influences. The pair’s sound is somewhere between synth pop and electro, and they have remixed artists from Childish Gambino to Death Cab for Cutie. Freddy Kennett and Robby Hauldren create washover electronic, the kind of undulating beats that seem to surround the listener.

All I need to tell you about this 1975 movie is the name of its director: Stanley Fucking Kubrick. Arguably the greatest filmmaker in American history, Kubrick was a visionary of the highest order. And few of his films exemplify that like Barry Lyndon, a technically impressive if uneven period piece. Adapted from a novel by William Makepeace Thackeray, the film stars Ryan O’Neal as a young Irishman who climbs his way to the British aristocracy. It’s an unrelenting excoriation of human nature and remains one of the late Kubrick’s most controversial films.

In the 1990s, Boston was a comedy hotbed that launched the careers of now-stars like Bill Burr, Gary Gulman and Dane Cook. And while he hasn’t hit that level fame (yet), Robert Kelly is one of the funniest dudes to come out of Massachusetts’ largest city. A mixture of brutal honesty and serious vulnerability, Kelly is able to navigate human darkness with his wit lightning the way. Likewise, he’s a longtime fixture on Comedy Central’s stand-up showcases. But perhaps most importantly, he is most certainly not that Robert Kelly.

Now based in Chicago, Slow Pulp is a Madison favorite. The band formed here and remain one of our greatest contributions to recent indie rock. Their gentle psychedelia is a perfect foil for Emily Massey’s voice, which packs tons of emotion into its quietness. It’s like Tame Impala’s Lonerism reimagined by Phoebe Bridgers. Which is to say: awesome. This is their first headlining show in their hometown since moving, and accordingly they’ve brought out some amazing local support in both Disq and Interlay (formerly known as Wash).

‘The Nightmare Before Christmas’

Friday through Sunday, Dec. 6-8, The Marquee at Union South (info)

Now that we’re squarely between Oct. 31 and Dec. 25, the time could not be more perfect for a rewatch of The Nightmare Before Christmas. The stop-motion classic is the definitive goth Christmas movie, exploring the secular meaning of Christmas through characters that live in a town dedicated to Halloween. Dark, imaginative and surprisingly sweet, it’s perhaps Tim Burton’s most enduring and best-loved story, even if he did not (contrary to popular belief) write or direct it.

Friday through Sunday, Dec. 6-8, The Marquee at Union South (info)

Weddings are stressful events, especially if your new in-laws are hunting you for sport. That’s the plot of the 2019 horror-comedy Ready or Not, a labyrinthine affair that finds newlywed Samara Weaving fighting for her life as her new family — including characters played by Andie MacDowell and Adam Brody — tries to murder her in new and creative ways. If you liked Get Out but thought there was a significant lack of Seth Cohen (put Brody in everything you cowards!), you’ll definitely want to check out Ready or Not.

It’s hard to overstate the importance of The Crystal Method to electronic music. The American duo-turned-solo project pioneered big beat, a trippy subgenre mostly populated by British artists like Fatboy Slim and The Prodigy. And though The Crystal Method has gone through major lineup changes (founding member Ken Jordan retired in 2017), it remains a towering presence in the world of electronic. The Trip Home — The Crystal Method’s first album without Jordan — was released in 2018. With DJ Mike Carlson and DJ Whiterabbit.

Like Kubrick, Akira Kurosawa is an irreplicable presence in film. The Japanese director helmed classics like Yojimbo and Ran, but his masterpiece is Seven Samurai. A three-plus-hour epic, the 1954 film is about a farming village that hires seven ronin (masterless samurai) to protect their crops from bandits. Seven Samurai is considered one of the greatest films ever made and is absolutely essential viewing for anyone who considers themselves a cinephile. And don’t worry, there is an intermission to break up its glacial runtime.

Most people will probably know Judah Friedlander as 30 Rock’s Frank Rossitano, the hat-collecting edge lord on the TGS writing staff. In reality, Friedlander shares much of Frank’s bombast, albeit with a smarter delivery. Friedlander’s onstage persona is much like a dumb person’s idea of a smart person. He’s the “world champion,” an expert in everything who is more than happy to tell you about it — even if he is, in fact, extremely wrong about everything he claims to know. In celebration, here’s a compilation of Frank’s hats:

When O’Cayz Corral burned in 2001, an integral part of Madison’s music scene was lost forever. But its spirit still lives, especially through its successor High Noon Saloon. The current venue will pay tribute to its heritage with a lineup including three bands with longstanding long ties to the O’Cayz family. Knuckel Drager, Powerwagon and Bent Antenna will celebrate the legacy of club that was once called “the CBGB’s of the Midwest.”