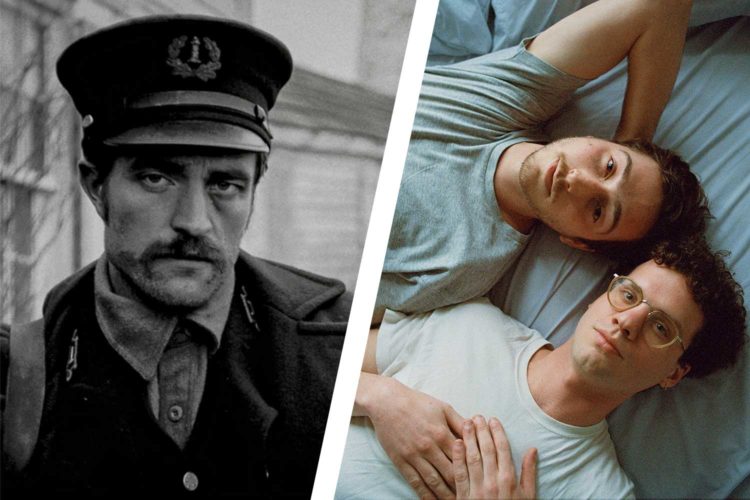 Looking for an excuse to,as my grandmother would say, “eat like you’re going to the electric chair?” For the winter edition of Restaurant Week, there’s can’t-miss deals through Friday. Restaurants around town will offer discounted plates of signature dishes, including three-course meals starting at just $25. This is a good chance to get a lot of eating in before hibernating for the rest of winter.

Before there was John Wick, there was Beatrix Kiddo. Like the Baba Yaga, Uma Thurman’s iconic Bride is a professional killer wronged by the shadowy cabal that trained her. Her bloody quest for revenge begins in this 2003 homage to the martial arts flicks director Quentin Tarantino grew up on. The Wednesday screening will have the added bonus of a discussion about the modern classic with Cap Times writer Rob Thomas.

Tony Simon, aka Blockhead, is mostly a behind-the-scenes guy. But the 43-year-old producer’s work is highly influential to hip-hop, whether he’s at the front or not. Blockhead has a long history with cult rap label Definitive Jux and famously produced tracks for its most celebrated artist, alt-rapper Aesop Rock. (He also had his own group on the label called Party Action Fun Committee with a performer named Jer.) His latest album was an instrumental affair called Bubble Bath, and it envelops the listener like a warm soak in the tub. Support comes from trip-hop duo Arms and Sleepers and nomadic French electronic project il:lo.

Take on climate change through the power of dance. Floe, a new production from Chicago dance troupe The Seldoms, illustrates the current climate crisis via hypnotic choreography. From conspiracies and denials to the very real effects that rising temperatures have on the planet, Floe opens a scientific dialogue through interactive performances. It’s certainly a more engaging way to address such an existential topic than just depressing yourself via the news. (Though let’s be honest here: you’re still going to do that, too.)

Alejandro Landes’ 2019 film Monos pulls off the curious double duty of making war look harrowing and… sort of fun? The Colombian drama follows a group of teenage guerilla fighters who go through military training exercises by day and party all night. But it’s not necessarily a light film. For all of the coming-of-age giddiness of some of the commandos’ antics, the backdrop is still a bloody war. Like Cary Joji Fukunaga’s masterful Beasts of No Nation, Monos masterfully paints its child soldiers as just that: children, in way over their heads.

He may be the son of local folk singer Ritt Deitz, but Wilder Deitz’s music veers into another direction. With his seven-piece band, Deitz and company offer up uncaged, down-and-dirty jams informed by hip-hop, funk and rock traditions. In addition to their originals, they also play arrangements of tunes by everyone from Ginuwine to James Taylor. That dichotomy alone is worth checking out.

As a former writer for The Late Show with Stephen Colbert, Emmy Blotnick had to be dialed into the zeitgeist by trade. Onstage, she’s dissected comic book movies and contemporary girl groups with a sort of meandering bemusement. Blotnick has a way of breaking down subjects without venom, or at least disguising it through her wry delivery. At the very least, she’s really funny. Her debut album Party Nights was released in 2019.

By pedigree alone, Chicago’s Whitney seemed bound for greatness. The group’s members did time in indie darlings like Unknown Mortal Orchestra and Smith Westerns, and their sound seems like it was transported straight from 1970s California. Featuring effortless melodies and gentle instrumentation, Whitney’s 2016 debut Light Upon the Lake was one of the decade’s finest albums. And then Forever Turned Around, their 2019 follow-up, made it abundantly clear that Whitney is no one-hit wonder. Japanese dance-punk outfit Chai will open.

The leading lights of Madison’s techno scene are putting together a party to honor the genre’s experimentalists. The respective crews behind “Willy Street Beats” and La Fête’s Musique Electronique will recognize influential Detroit label Interdimensional Transmissions. Operated by Erika and BMG, Interdimensional Transmissions celebrates the outer reaches of Detroit electronics, using the city’s house and techno traditions and pushing them to their limits. This is a chance to see how far the boundaries of techno can be stretched.

Do you like recent Rock and Roll Hall of Fame inductees Depeche Mode or Nine Inch Nails? Especially the latter’s Pretty Hate Machine era? If so, I’d like to point you toward Educational Davis, the Madison musician who crafts dark and spiky synth-rock in the vein of those icons. Educational Davis will highlight a lineup here that includes Appleton indie rock outfit Cave Paintings and Madison bands Air Cabin and How Boats Work.

Friday through Sunday, Jan. 24-26, The Marquee at Union South (info)

There’s no denying that Joaquin Phoenix was really, really good in 2019’s Joker. (The movie itself… not so much.) But even if he takes home an Oscar next month, his performance will always play second fiddle to Heath Ledger’s take on the clown prince of crime in Christopher Nolan’s The Dark Knight. Second in Nolan’s Christian Bale-starring Batman trilogy, the 2008 film remains the gold standard of modern superhero flicks. Ledger gives a powder keg performance that ultimately won him an Oscar posthumously. Also, when you’re talking best cinematic Batmans (Batmen?), it’s honestly a tossup between Bale and Michael Keaton. For now.

Friday through Sunday, Jan. 24-26, The Marquee at Union South (info)

Speaking of the caped crusader, Robert Pattinson is the next Batman. This is a very good thing. The soggy dorks will get mad online, but Pattinson is one of his generation’s most exciting performers and more than capable of returning the hero to his weirdo loner roots. But before the 33-year-old actor dons the cowl, check out one of his most batshit performances via 2019’s The Lighthouse. In this film from The VVitch director Robert Eggers, Pattinson and Appleton native Willem Dafoe play 19th century lighthouse keepers who drink, jack off and go completely insane over the course of two hours. Eggers is a modern horror master — The VVitch is a deeply unsettling watch — and both Pattinson and Dafoe dive headfirst into his lunatic visions.

If you’re a fan of this ginger-haired comedian, you’re in luck because you’ll soon be seeing a lot more of him. Santino is co-starring in the upcoming FXX sitcom Dave, loosely based on the life of comic rapper Lil Dicky. But Santino’s no stranger to the small screen, having previously appeared in the short-lived sitcom Mixology. His real skill, though, is onstage, where his deploys a charming bro persona that never strays too far into obnoxious frattiness.

In the generally R-rated world of comedy, Brian Regan is a novelty. The veteran comic is just as self-deprecating and sarcastic as any of his peers, but it’s all profanity-free. And it hardly hinders him, as Regan is one of the most successful and popular touring stand-ups in the country. Even the most hardened snob can appreciate Regan’s surgical precision when it comes to joke-telling. That’s because — as Regan himself would never say — it’s really fucking funny. His most recent special, Nunchucks and Flamethrowers, was released in 2017 via Netflix.

There are so many levels of virtuosic weirdness to jam legends Phish that just when I think I’ve wrapped my head around any of it, something else pops up to confuse me. But I’m starting to think that’s the point, and it’s definitely the case with bassist Mike Gordon’s solo work. Highly improvisational and full of labyrinthine musical passages, it’s the type of stuff you could easily lose yourself in (as if I wasn’t already).

Looking to upgrade your wardrobe? Not looking to pay the usually exorbitant cost of vintage stuff? Check out the third Thrifty Market, where you can pick up a wide array of classic clothing for mostly under $20 a piece. I might have to stop by to see if I can make some additions to my collection of old band tees.

I love the Kill Bill series, but I have a hard time watching the second installment. There’s a scene where my mild claustrophobia is preyed upon, and I generally have to either close my eyes or leave the room. I know, I’m a big baby. But I’ve never let this fear keep me from revisiting the movie in which Uma Thurman’s Bride careens toward the end of her bloody quest for revenge. Does Bill get killed? You’ll have to watch and find out. (Or just Google it; Kill Bill: Vol. 2 was released in 2004 and it’s way past the statute of limitations on spoilers.) The film will also screen on Monday, Jan. 27 and Wednesday, Jan. 29.