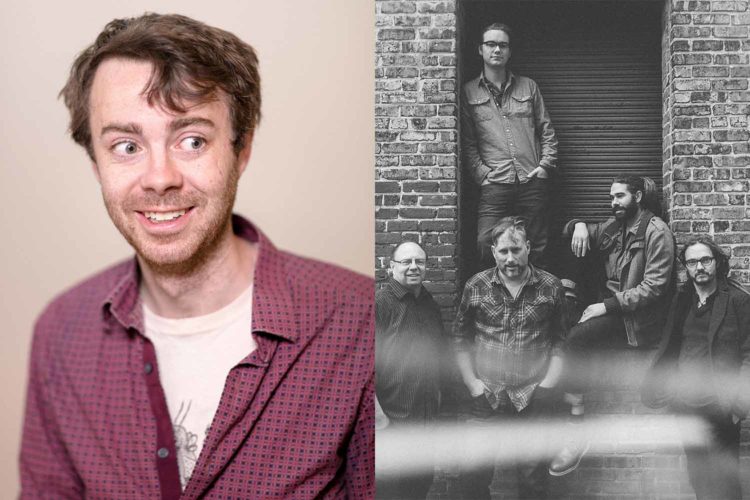 As Quentin Tarantino sets his sights on Oscar No. 3 for Once Upon a Time… in Hollywood, now is as good a time as any to revisit the auteur’s older work. And 1992’s Reservoir Dogs is where it all began. Tarantino’s intense, often hilarious tale of a robbery gone wrong sent a shockwave through the film industry, establishing the writer and director as one of the sharpest voices in modern cinema. (And one of the greatest dialogue writers ever, full stop.)

This marks the first edition of Cafe Coda’s “Acoustic Tuesdays,” which will see the jazz venue putting on unplugged sets by artists of all genres. This includes touring artists as well as local favorites. Beloved Madison reggae group Natty Nation will kick things off while celebrating member Aaron Konkol’s birthday. He will also play host for the evening.

When David Bowie left his corporeal body behind three years ago, the world lost one of its most influential and beloved artists. Here, the legacy of Ziggy Stardust lives on as DJ Young American spins Bowie tracks to celebrate the 73rd anniversary of his birth. And since Bowie’s work wasn’t exclusively musical, this party will also feature a screening of the ’80s cult classic Labyrinth. Long live the goblin king!

Born Jason Kibler, and no relation to the cornball rapper of similar name, DJ Logic is a visionary. The turntablist was one of the first to meld jazz with hip-hop, and his talents can be heard pretty much everywhere. And I mean everywhere. DJ Logic is hugely eclectic by nature, having collaborated with everyone from Yasiin Bey (the former Mos Def) to the Grateful Dead’s Bob Weir. He’s a chameleonic performer and an absolute monster behind the decks. With local spinner DJ Vilas Park Sniper.

This is the perfect show for a “cold beverage.” (Get it? Like the song?) ANYWAY, don’t let my embarrassing dad joke deter you from seeing G. Love & Special Sauce. The trio plays alternative hip-hop mixed with alt-rock and R&B, much like their fellow Philadelphians, The Roots. But whereas ?uestlove and friends are defined by their virtuosic musicianship, G. Love has an intentionally unrefined approach that makes it seem more like a backyard hangout than a structured show. But “unrefined” is most certainly not a dig at the group. G. Love & Special Sauce have serious chops but know how to dial it back when needed. Joining them will be NOLA jazz trumpeter Shamarr Allen.

I’m a sucker for ’90s rock, and Minneapolis group Scrunchies is like a sonic museum of that era. Mixing Jawbreaker’s brainy punk hooks with grungy guitars, the trio harkens back to the golden age of alternative rock. They’d have been a perfect fit on the Singles soundtrack. With support from the always wild Fire Heads and synth-slinging garage rockers Space Tugboat.

Folk and punk have walked hand-in-hand ever since Woody Guthrie first scrawled “this machine kills fascists” on his guitar. Steve Forbert is a part of that tradition. The raspy-voiced singer/songwriter started his career playing at CBGB’s before achieving mainstream success with his hit “Romeo’s Tune.” In the years since, Forbert has cultivated a reputation as a dynamic live performer who’s as adept a harmonica player as he is a lyricist. After all, you don’t get to do this for almost 50 years by just being OK. He released his 19th album, The Magic Tree, in 20l8.

Fair warning: it might get weird. Geoffrey Asmus has a reputation for his aggressively bizarre stage presence, so much so that he wields his awkwardness like a mighty weapon. But you might know that already; Asmus began his stand-up career here in Madison before moving to New York. If you’re a fan of the type of deadpan strangeness Patton Oswalt and Zach Galifianakis cultivated in their “Comedians of Comedy” adventures, then Asmus your guy.

‘(How) Does Conscious Consumption Matter?’

Art and social analysis intersect thanks to the work of photographer Jennifer Bucheit. She uses photos of the paper-based packaging she encounters in her daily life to explore larger issues. For example, what can we learn about things like climate change and income inequality from a cardboard box? Bucheit will attend and participate in a discussion alongside UW community and environmental sociology professor Jane Collins.

“Chicken Wire Empire” is one of my favorite Wisconsin band names. And thanks to their modernist take on bluegrass (informed by its members time spent in various jam bands), they’re also a contender for my favorite band in the state, full stop. And here the Milwaukee group leads a bill featuring some of the best pickers and pluckers in the Badger State, including Fireside Collective, Barbaro and Dig Deep. And your host for the evening is no slouch either: vocalist and multi-instrumentalist Adam Gruel of Horseshoes & Hand Grenades.

Metal bands are at their most fun when they lean into the gloom and doom of their genre, and Casket Robbery is no exception. The Madison group’s brutality is a little theatrical, and that’s a good thing. Combining a strong factor with a little sly humor, Casket Robbery is death metal with a wink. Grotesque as a Rob Zombie movie, it’s also as musically engaging as anything Mr. Zombie ever made. In September, they released an expanded edition of their 2017 EP, The Ascension. Also playing: Micawber, Disgunt, Warbastard and Disappearance.

The Daily Show correspondent Michael Kosta is like the Roger Federer of comedy. Like Fed, Kosta was once an internationally ranked pro tennis player. (No. 864 in the world!) But Kosta’s court dreams are behind him, and now he makes his living serving laughs. Besides his work on The Daily Show, Kosta has appeared all over late-night TV as a stand-up and performed at lauded comedy festivals like Just for Laughs and the HBO Comedy and Arts Festival. Actually, he’s more like Joel McHale than Federer: a good-natured ex-jock with a seriously silly streak.

Start this Roaring Twenties off like the last one: with silent film. Good References is a romantic dramedy that tells a common tale of early cinema: love in high society. The 1920 flick is about Mary Wayne, a young woman so desperate for a job that she steals a friend’s identity to get one. Soon she begins working for a socialite and falls in love with her son. Like it would have a century ago, these Duck Soup Cinema screenings of Good References will include accompaniment from a live organist.

Ohio-born Madisonian Kelsey Miles has a showstopping voice and an incredible amount of skill on the guitar. Her take on blues rock shows a strong knowledge of the classics and an inventive spirit. There are clear elements of blue-eyed soul and alternative rock in her ever-expanding sound. She’s also a popular live act here in town, and this would be a chance to see her slay one of the city’s bigger stages. Miles leads a bill that includes Xavier Lynn & Stackhouse, The Family Business, Madtown Mannish Boys and Boo Mullarkey.

This party celebrates punk’s early years with tributes to some of the genre’s finest. The No-Go’s and Compact Deluxe will salute The Go-Go’s and The Ventures, respectively. And The Vipers will mix up artists even more with a cover set of classic punk rock. Lastly, Surf Zombies will visit from Iowa to deliver their own beachy originals. Presumably the Cedar Rapids-based group perfected their surf sounds while shredding breaks on the Mississippi River. Either that or they just happen to be really good at delivering reverb-drenched guitar runs. But it’s definitely one of the two.

If you’re anything like me, you’re already having nightmares about the 2014 NFC Championship, when the Packers blew a 12-point lead in the final minutes against the Seahawks. But I’m trying to be positive here — and with this year’s Packers team, there is a lot to be positive about. Sure, Seattle brought back Beast Mode, but the green and gold are fielding one of their best defenses in recent memory with sack monster Za’Darius Smith at the forefront. And as long as Aaron Rodgers is still lining up under center, the Packers can never be counted out.

Start the week with Tarantino’s first movie and end it with (arguably; I’m partial to Inglourious Basterds myself) his best. 1994’s Pulp Fiction is a druggy, bloody, motor-mouthed opus that winds through the Los Angeles underworld. It also boasts an all-star cast, including John Travolta, Bruce Willis, and frequent QT collaborators Uma Thurman and Samuel L. Jackson. It’s like an adrenaline needle straight to the heart, something that Thurman’s character Mia Wallace would be able to tell you all about. Pulp Fiction will also screen on Monday, Jan. 13 and Wednesday, Jan. 15.

Eight artists from an array of genres will compete for the Breakthrough Artist of the Year at the Madison Area Music Awards in the most fitting way: battle of the bands! This year’s competition will feature RJ Halstead, Zeroed Hero, Dank Widow, Soul Doctors, Water Street Jacks, Kat and the Hurricane, The Bool Sponsored by Hamm’s TM and The Flame and The Void. My lo-fi trap/ska project didn’t make the cut, but whatever. There’s always next year.