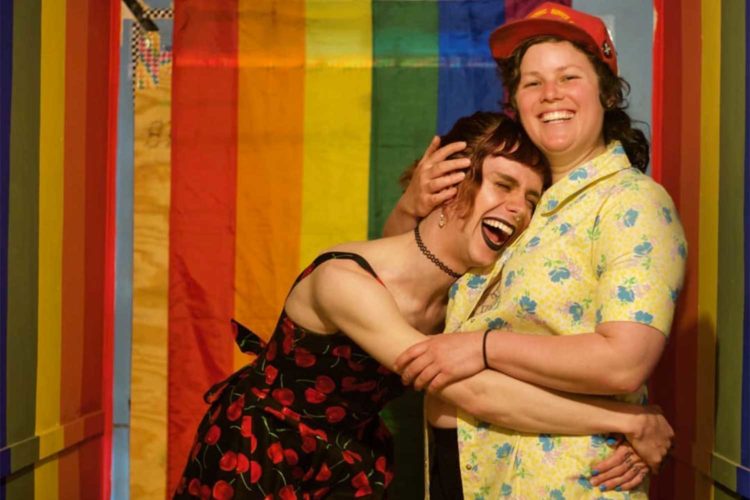 Punk, post-punk, alt-country or whatever you choose to call them, Mekons are one of the most slyly influential bands of the 1980s. Though never reaching the heights of fame some of their peers did, the British-American group were one of the first to country fry their angst and are consequently cowpunk royalty. Deserted, their whopping 22nd and fittingly recorded at Joshua Tree National Park, was released earlier this year. The opener is a curious choice: local Mekons tribute act The Wekons. As far as I know, that’s a first.

Ferris Bueller may have been a smarmy little delinquent, but damned if we don’t love him for it. 1986’s Ferris Bueller’s Day Off is the ultimate tale of playing hooky: Ferris and his pals Sloan and Cameron take on Chicago as the titular hero fakes sick, becoming a folk hero in the process. Everyone loves Ferris. The sportos, the motorheads, geeks, sluts, bloods, waistoids, dweebies, dickheads — they all adore him. They think he’s a righteous dude.

Forget Jake and Elwood. Glenn Jr. and Alex Peterson are the true blues brothers. The Texan siblings — who are 21 and 19, respectively — play a modernist brand of blues, drawing influence from the jammy, eclectic tendencies of guys like Gary Clark, Jr. and Robert Randolph (both of whom they’ve opened for).

Merchant’s trivia czar Paul Guse will test your music knowledge in this new monthly series, which kicks off with the MySpace era. Specifically on the table is 2000s alternative and indie rock, from The Strokes to The White Stripes to Death Cab for Cutie. Prizes include tickets to see Explosions in the Sky at The Sylvee on Oct. 18 and a copy of Lizzy Goodman’s acclaimed book, Meet Me in the Bathroom: Rebirth and Rock and Roll in New York City 2001-2011.

On Window Flowers, Liz Cooper established herself as a singular voice in Americana. With The Stampede, Cooper takes Americana and covers it in sprawling psychedelia. It’s the kind of music you’d want to listen to while floating down your local creek in an inner tube. And her live show is even better, as the Nashville group can often recall a more punk rock version of Crazy Horse. With the southern rock stylings of Butternut native Hugh Masterson.

It seems Jon Spencer isn’t the only one capable of producing a blues explosion. Missouri’s The Hooten Hallers play a wild, honky tonk blues, formed in equal part from jazz, soul and punk rock. If you’ve ever thought that Tom Waits should totally be on Netflix’s Ozark, this is the band for you. They released Live in Missouri in 2018.

Concerts on the Square: Film Night

The WCO is getting into the summer movie season with a performance of some of the most iconic film scores ever. Featuring concertmaster Suzanne Beia on violin, selections will include The Magnificent Seven (probably not the Denzel version) and Ladies in Lavender, plus some of John Williams’ instantly recognizable Raiders of the Lost Ark and Schindler’s List scores. This is going to be a big week for Madison’s Indiana Jones fans.

This show is sure to bring back those nasty riffs, but slower. Milwaukee’s party animals Platinum Boys will be there, bringing a guitar-driven bar rock sound in the vein of Thin Lizzy and Cheap Trick. Joining will be two Madison bands, the psychedelically drenched The Minotaurs and fret-destroying skate punks Clean Room.

Minneapolis band Graveyard Club might be the first I’ve ever heard to claim Ryan Gosling’s indie rock band — the highly underrated Dead Man’s Bones — as an influence. But Baby Goose is just a part of the musical mishmash that helped the quartet design a sound that exists in a post-’80s dreamscape, with elements of New Order and Real Estate making for a dark, relaxing adventure. With the self-described “weird orchestral music” of Inside Voice.

From Chance the Rapper to Noname to Jamila Woods, Chicago’s youth poetry scene has launched a lot of great artists in recent years. One of them is Tasha, a singer-songwriter with lullaby-like vocals and a knack for delicate guitar work that makes her incredibly difficult to classify. It’s a little indie rock, a little neo-soul and a lot good. Her debut album, Alone at Last, was released last year.

One of my first days of film school, the professor screened The Road Warrior for us. For the first time I realized action movies can count as art films. Released in 1982, George Miller’s second entry in the Mad Max saga expands its dystopian mythos even further. Set a few years after its predecessor, The Road Warrior sees Max caught up in a turf war between two primitive futurist factions in the Australian outback. It’s also the best of the three original Mad Max films.

At this point, I’ve lost count of the amount of times my friends have recommended Letterkenny to me. On the popular Canadian comedy, K. Trevor Wilson plays “Squirrely Dan,” a backroads raconteur who takes women’s studies courses. It’s a perfect fit for Wilson, whose grizzly, mountain man appearance begets a razor-sharp, absurd and socially conscious wit. He’s pretty much the human version of this Clickhole article.

This is a big week for international storytellers doing comedy in Madison. Hilarious Scot Daniel Sloss is a master yarn-spinner, able to mine some of the darkest moments of his life for huge laughs. Case in point: his Netflix special DARK deals with the death of his younger sister when he was just nine. And more importantly, Sloss embraces the darkness without ever falling into mean-spirited territory.

Like GWAR, The Aquabats or our very own Masked Intruder, Here Come the Mummies is a band incognito. The Nashville-based funk rock outfit has an ever-changing lineup, with the only connective being that its members all dress up as mummies onstage. No one knows any of the players’ identities — likely because many of them are under contract to other record labels — but that hasn’t stopped Here Come the Mummies from releasing nine original albums of spooky funk. Madison’s The People Brothers Band will also be there, bringing their feel-good funk; also look for them at the Terrace on Saturday, July 20.

Update: Here Come the Mummies have postponed their Live on King Street appearance until Aug. 23. The People Brothers Band will play a free show inside the Majestic Theatre on July 19.

Two of Madison’s best indie pop bands highlight this show, with both Dash Hounds and Labrador bringing their dreamy tones. It’s been a big summer for Labrador, who appeared on Wisconsin Public Television’s “Here and Now” segment in June. But this show is not locals only; Boston band Honey Cutt will also appear.

At the intersection of shoegaze and punk, there’s Flasher. The Washington, D.C. band makes music that sounds like a fever dream, all gauzy guitars and cagey energy. And it’s indicative of big things to come: The band’s debut album Constant Image was produced by Nicholas Vernhes, best known for his work with moonshot acts like The War on Drugs and Animal Collective.

People in Wisconsin love supper clubs, so it only makes sense that there’s a band called that to love as well. Madison’s Supper Club plays indie rock with soul — inspired in equal parts by Angel Olsen and The Temptations. Here the quartet will celebrate the release of their debut EP. With Milwaukee folk alchemist Bear in the Forest.

As part of “Hot Summer Gays,” a queer-focused art series, Gender Confetti are finally bringing their debut album into the world. Titled We’re Gay, it promises to be an infectiously in-your-face blast of punk rock — at least if it’s anything like the Madison band’s live act. And they are, for my money, the best live band in the city. Cal Smith will open with stand-up, followed by music from 90’sdreamboy, Lucky Vita, SYM1 and NatanYael.

Nothing satisfies quite like a taco and a cold margarita on a hot summer day. Your ticket to this Isthmus event buys you both, in the form of fun-sized tacos crafted by some of Madison’s best chefs and mini-margaritas from the city’s master mixologists. In addition, there will be yard games and music from DJ Mike Carlson.

Or maybe you want to bust out the Wet-Naps. There will be ribs a’plenty at this annual fest. It will feature both a rib competition and dinner (and for the latter of which, there will only be about 200 tickets up for grabs). And once you get all the sauce off your mitts, you can put them together for performing musicians Scott Wilcox and Universal Sound.

‘Raiders of the Lost Ark’

The second Indiana Jones-related event this week is a screening of the world’s introduction to Indy. 1991’s Raiders of the Lost Ark sees the swashbuckling professor (Harrison Ford, duh) on the hunt for the Ark of the Covenant. Fun fact: The Indy character is based in part on an adventurer from Wisconsin. (And Harrison Ford was a Ripon dropout.)