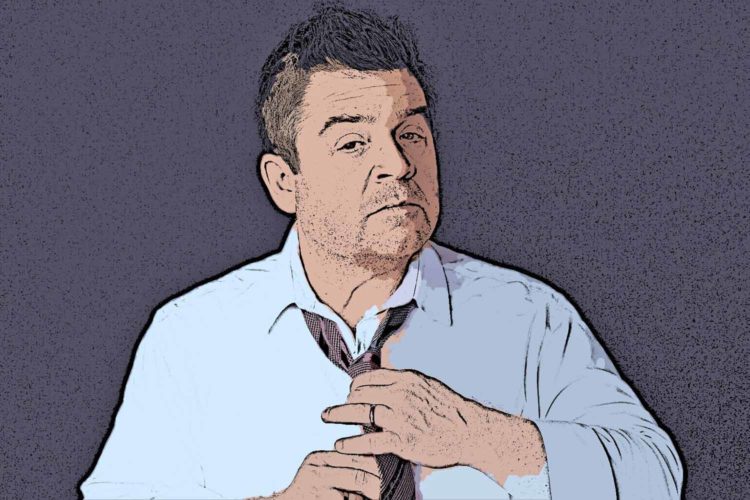 Wes Anderson is one of the few filmmakers out there whose name serves as their genre. There are movies, and then there are Wes Anderson movies. And 2012’s Moonrise Kingdom is Anderson’s version of a summer camp movie, sending two tween lovers on a kitschy adventure though 1965 New England. It’s also one of the only times in the past 20 years Bruce Willis hasn’t totally phoned it in; he plays the gruff, kind of milquetoast cop Duffy Sharp.

The club is going up on a Tuesday with this three-pronged punk rock blitzkrieg. The Hasbians will headline, showcasing their theremin-utilizing hard rock. (Side note: Let’s get more theremin in rock music. I gotta have more theremin!) Bent Antenna will also play here, performing a ’90s-esque power-pop that marries sugary vocal harmonies to loud guitars. And finally, there’s Clean Room, the skate-punk speed demons who warrant the making of another Tony Hawk’s Pro Skater video game just so they could appear on the soundtrack.

On the album Ahomale, Combo Chimbita found the formula for avoiding a sophomore slump: Take dashes of psychedelia and punk and add in some spooky, mythological folklore folklore. It helps if you’re as virtuosically talented as the Colombian band, who spike the Afro-Latinx with post-punk. You’re not likely to see another band quite like Combo Chimbita again this summer.

Concerts on the Square: Finlandia

If your knowledge of the accordion begins and ends with “Weird Al” Yankovic, it’s time to remedy that. Ukrainian-born accordionist Sergei Belkin (who now lives here in Madison) will join the Wisconsin Chamber Orchestra to perform a series of standards. It culminates with a performance of Jean Sebelius’ “Finlandia,” a showcase for everyone’s favorite traditional Finnish instrument: the accordion.

My first memorable concert experience was seeing Alice Cooper with my parents during a lightning storm at Riverfest in Beloit. The shock rock legend has long been known for his wild, theatrical live act. But coupled with lightning strikes that seemed timed to each drumbeat, it was transformative. Alice Cooper was, is, and always will be awesome. Even if you’re not familiar with Cooper’s lengthy catalog of songs, you should absolutely make time to see him live.

Veteran stand-up Patton Oswalt is one of the funniest people alive. Oswalt’s mish-mash of esoteric pop culture references and exasperated, highly intelligent observations makes him a singular voice in comedy. He was one of the first people to bring nerdy comedy into the mainstream, releasing stand-up specials at the same rate most musicians release albums. And with Oswalt, many of his jokes can be replayed the same way you would a favorite song.

Kalamazoo’s The Go Rounds have a lot going on. The four-piece band sounds like they missed their exist for the British invasion by about 50 years, and we’re all the better for it. Their pop-rock is overlaid with easygoing psychedelia, though it all takes a backseat to the malleable tenor of vocalist — get this — Graham Parsons. With a name like that, it’s fitting that The Go Rounds began playing Byrds-influenced country rock before giving in to their trippier inclinations. Sleepy Gaucho will open things up with his Panamerican blend of folk music.

This Des Moines-based musician likes to say that he exists “somewhere between Bob Dylan and Motörhead.” His folk rock has a hard edge, developed from years of tempering his quieter, more introspective tendencies with the stomp of artists like The Clash, Soundgarden and Van Halen. (The latterfirst inspired Tedesco to pick up a guitar at age 11.) This isn’t just like Dylan going electric; this is Dylan blowing out the amps.

For 40 years, Max Rockatansky has thrilled audiences as he fights for survival through a dystopian version of the Australian outback. The adventure began in 1979’s Mad Max, in which the titular highway cop (Mel Gibson, sanitizes hands) seeks revenge against a motorcycle riding gang of thugs. Featuring unparalleled direction courtesy of the enigmatic George Miller, Mad Max is a high watermark for the action genre. Over the next four weeks, Cinematheque will be screening each of the series’ films up through 2015’s Mad Max: Fury Road.

Tons of comics wear cynicism like a suit of armor, but not Ron Funches. Even through admittedly difficult experiences like raising a child with autism or losing 140 pounds, the Chicago native has managed to keep an infectious smile on his face. In his latest special, Giggle Fit, Funches expounds on his many loves, like pro wrestling, The Great British Baking Show and weed. And true to its title, it’s sure to leave you with a serious case of the gigs.

Summer is festival season in Madison, and Fête is usually one of the most hotly anticipated. This year’s lineup is highlighted by a July 14 headlining performance from lap steel virtuoso Robert Randolph & The Family Band. The entire schedule is filled with New Orleans-flavored funk and rock, including two sets by both Geno Delefose & French Rockin’ Boogie and Steve Riley & Mamou Playboys, plus Flow Tribe, Givers and others.

Demogorgon Get Down: An Upside Down ’80s Dance Party

If you’re like me, you managed to rip through Stranger Things 3 in under 24 hours. That’s great and all, but unfortunately it leaves a Mind Flayer-sized hole in your heart. This dance party aims to fill it by decking out the Majestic like it’s the mid-1980s, pumping Me Decade jams and featuring a costume contest and a bar decorated like Joyce Byers’ monster-luring living room. Just make sure you hire a pretty damn good babysitter. (I heard that Harrington boy has the night off from Scoops Ahoy…)

This companion to La Fête de Marquette is a showcase for electronic music, featuring headline performances by a pair of Detroit house icons: Omar S on Friday and Stacey Pullen on Saturday.

Madison’s lords of darkness will be out in full force for this one. Rising death metal outfit Ruin Dweller will headline, flanked by Cave Curse. The darkwave synth project is a venerable supergroup, featuring members of The Hussy, Poney and Jex Thoth. And from Ohio comes Dana, an art-punk outfit with a tendency to sonically blast listeners into space.

For this show, David Lowery will be pulling double duty. He’ll be performing with two of his beloved bands, first of which (chronologically, at least) is Camper Van Beethoven. The influential college rockers helped pave the way for the alt-rock boom of the 1990s. One of the bands to reap the benefit of that is Cracker, a country-tinged rock outfit that Lowery formed after CVB broke up in 1990. (They reformed in 1999 and have remained active since.)

Madison native Raine Stern is hard to pin down. Her music takes influence everywhere from rock to jazz to reggae, resulting in a melting pot of sound that’s as difficult to classify as it is easy to enjoy. And watching her play guitar is something else — Raine Stern can wail like no other.

Imagine Ben Gibbard jamming with old-timey Appalachians. That’s not far off from Eau Claire musician Shane Leonard. The former leader of the band Kalispell will appear here in support of his first solo release, Strange Forms. Joining him will be Field Report associate Caley Conway and the minimalist orchestrations of Thomas Wincek.

Art Fair on the Square

Much of downtown will be shaken up for the hotly anticipated annual art fair. Regional and local artists will display their wares, with many of those available for sale. If shopping local is more your thing, check out the Art Fair Off the Square nearby on MLK Jr. Blvd., also Saturday and Sunday but comprised of entirely Wisconsin artists. Meanwhile, take note that the Farmers’ Market on Saturday will move to Breese Stevens Field to make room for art.

Funk and folk may seem like two very different genres — unless you’re one of eight members of Dustbowl Revival. The New Orleans band lives at both ends of the American music spectrum, mixing the ache of folk with the uncaged energy of funk, creating music that’s as emotionally affecting as it is ready for the dancefloor. And their latest album was produced by former Flogging Molly member Ted Hutt, himself no stranger to bizarro genre collisions.

Cheer on the reigning league champs before they pack up their discs until 2020. For their final game of the season, the 5-6 Radicals will look to break even against the Detroit Mechanix.

Those of us brought up on ’90s comedy should have fond memories of Jim Breuer. Whether through his “Goat Boy” character on Saturday Night Live or his co-starring role in the stoner classic Half Baked, Breuer was a constant, unpredictably goofy presence. But rather than relegate himself to a nostalgia act, the observational comic has continued to do the unexpected. Last year, Breuer spent time on the road opening for Metallica, combining his knack for comedy with his passion for heavy metal.