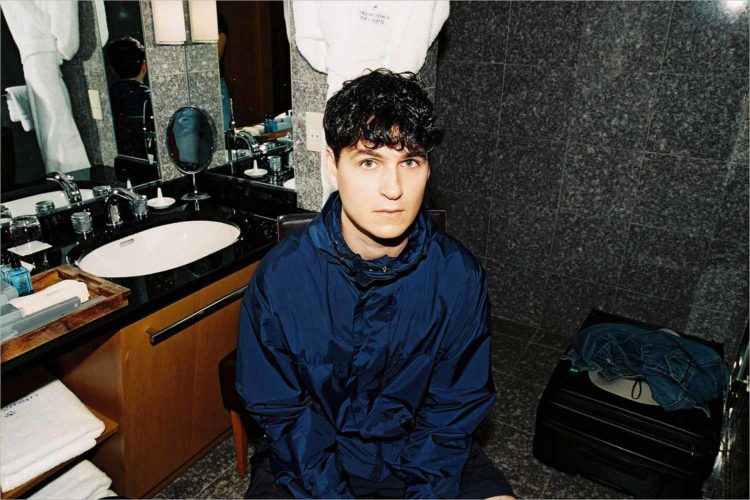 The storytelling series this time around takes on the power of combinations. With “chemistry” as the prompt, participants are invited to create a five-minute story about “complex reactions, sparks, explosions… magical solutions.” Consider this a chance to drop some science.

Disney’s 1998 remake of their own 1961 movie turned Lindsay Lohan into a household name. Co-starring Dennis Quaid and the late Natasha Richardson, it’s the story of transatlantic twins and their comedic attempts to get their parents back together. I’d say something snarky, but this flick is just too damn wholesome to pick on.

I’m calling it now: Father of the Bride is 2019’s best album. Vampire Weekend’s fourth record is an entirely listenable exercise in studio wankery, utilizing a diverse mix of sounds and keynote assists from both Danielle Haim and Steve Lacy. Moreover, it cements singer and guitarist Ezra Koenig as one of the most peculiar guys in indie rock. He’s an unrepentant weirdo prone to flights of fancy, and layered over Vampire Weekend’s breezy pop rock, they shine even brighter. With tropical soul maestros Chicano Batman.

As a teenager in Kenya, J.S. Ondara was shocked to learn that his favorite song, “Knockin’ on Heaven’s Door,” was written by Bob Dylan and not Guns N’ Roses. But this sent Ondara into the folk music wormhole, which led to him crafting song-stories culled from a life spent on two often vastly different continents. His debut, Tales of America, “understands America better than we do,” says folk tastemaker Atwood Magazine.

As a native of Beloit, I am required by law to tell you that Cheap Trick singer Robin Zander is, too. We Belotians didn’t have a whole lot to be proud of when I was growing up there, but being able to claim the guy who belted out “Surrender” is pretty cool. And better yet, the legendary power pop band was finally inducted into the Rock & Roll Hall of Fame in 2016, their 14th year of eligibility. Better late than never, if you ask me. With support from guitarist Rick Nielsen’s son’s band, Miles Nielsen & The Rusted Hearts.

Madison native Raine Stern is hard to pin down. Her music takes influence everywhere from rock to jazz to reggae, resulting in a melting pot of sound that’s as difficult to classify as it is easy to enjoy. Also appearing here is Cole Brandt, who specializes in an academic brand of acoustic guitar pop.

To paraphrase Mallrats’ Brodie Bruce, “I love the smell of commerce in the evening.” Local artisans and vendors will display an array of arts, crafts and food stuffs. Plus, attendees can also enjoy live music and “pop-up restaurant experiences.” This is a chance to support local artisans and enjoy one of those fleeting Wisconsin summer nights.

Early aughts comedy dorks will immediately recognize Bobby Lee for the spastic goofballs he played on MADtv. But Lee was a stand-up first, and it shows in the material. He has the poise onstage of someone who’s spent most of their adult life doing this. And for Lee, “this” means “his warped vision of everyday life.”

Recurring pop-up series Dyke Dive and Boulder Beer Co. are giving you good beer for a great cause. 10% of the proceeds from the Colorado brewery’s “Gender Fluid” lager goes to the Human Rights Campaign. Entertainment will include a comedy set from Cal Smith and music from DJ Kalycho.

Hailing from Tyler, Texas, Whiskey Myers plays ragged country rock that practically howls at the moon. It’s the kind of music to which you’d shoot whiskey, and the perfect way to kick off the Live on King Street season. Also appearing are former Yelawolf guitarist Bones Owen and the soulful rock of Madison’s The Kelsey Miles Band.

If you tried to compile the Midwest’s best, grimiest punk bands, you could do a lot worse than this lineup. Revered local punk hellions Screamin’ Cyn Cyn & the Pons headline, which is a guaranteed barn burner of a show. Ahead of them is Butcher’s Union from Minneapolis, featuring Paddy Costello and Bill Morrissette of Dillinger Four. Chicago metal supergroup Hitter will also appear, including Meat Wave’s Ryan Wizniak on drums. Rounding things out are The Hussy and Gender Confetti, two top contenders for the title of “Madison’s wildest punk band.”

I was a big Whose Line is it Anyway? when I was a kid — it helped inspire my misguided journey into improv. But when done right, improv is one of the most unpredictable, unhinged forms of comedy. And few do it better than Whose Line vets Colin Mochrie and Brad Sherwood. Here the duo will use audience suggestions and participation to create an entirely original show.

Chicago trio Mutts are celebrating their 10th anniversary. Alternative nation’s answer to Tom Waits, Mutts play cabaret rock ‘n’ roll loud and hard. In short, they’re one of those bands you need to see live to really understand. Also on board here are the cinematic alt-rock of Marah in the Mainsail and Wisconsin singer and songwriter Christopher Gold.

Detroit rockers Tart are coming to town, and bringing with them pure, uncut hard rock. Plus, local punk favorites We Should Have Been DJs (featuring members of Miyha) are debuting a new EP. Rounding things out are a pair of Madison bands: shoegazers Wash and garage punks Dear. Mr Watterson.

I should begin by pointing out that this is obviously not that Jim Jones. This one is one of the most influential hip-hop producers of last century, best known for his involvement with the Dipset crew. He scored a monster hit in 2006 with “We Fly High,” which includes some of the best crowd participation, like, ever (“BAWLINNNN!”). With Chicago’s El Hitta, a throwback to the hardcore radio rap of the late 1990s.