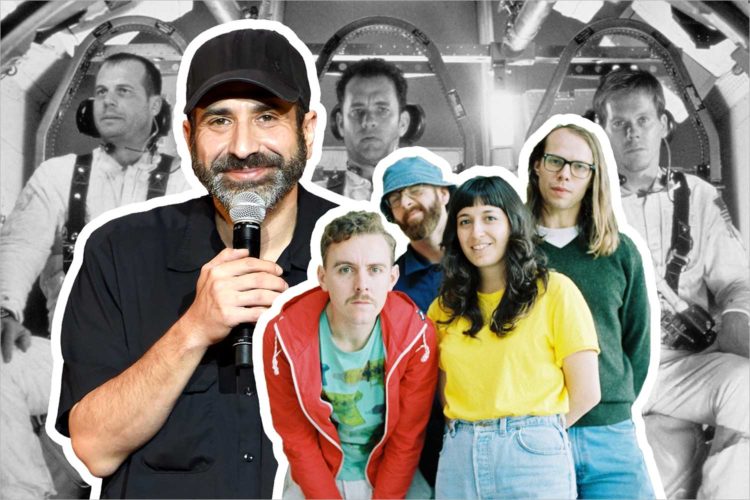 Transcontinental garage rockers The Mystery Lights are students of the classics. Formed in California but based out of New York, the quintet mixes eerie synthesizers with four-on-the-floor punk. It ends up sounding like a new wave MC5, and it’s awesome. Joining them will be fellow New Yorkers Future Punx, Madison’s Fake News and Lunar Moth, plus Janesville’s The Red Flags.

With Big, it’s best if you don’t think about the plot too much — after all, it does tell a love story between an adult woman and a child. Granted, the child is inhabiting Tom Hanks’ body, which makes for some pretty zany comedy. Before he was a multiple Oscar winner, Hanks was one of the most consistently great comedy actors of the 1980s, and Big is his magnum opus as a funny guy. (Though Turner and Hooch slaps as well.)

The World’s Largest Music Festival returns with another typically huge and varied lineup. These first few days include Willie Nelson, Bon Iver, Brandi Carlile, The Lonely Island, The National, Lizzo and Andrew W.K., who may not even be real according to this wild internet conspiracy theory. Summerfest continues July 2-7.

The first of a half dozen Concerts on the Square this summer will feature a Madison-born piano prodigy. 17-year-old Sakurako Eriksen can play the keys like no other, having studied at the Eastman School of Music from age 8. The Milwaukeean will perform selections by Albeniz, Ravel, Tchaikovsky and Prokofiev, under the conducting of maestro Andrew Sewell.

Lucy Spraggan made it three weeks into the U.K. version of The X Factor before dropping out due to illness. But while she did not take home the televised prize, the 27-year-old has still built a respectable career singing entirely accessible folk pop through a queer lens. Her fifth full-length, Today Was a Good Day, was released last month, and unfortunately it does not include a cover of the Ice Cube song of similar name. Though Lucy, if you’re reading this, a live cover would be pretty dope…

Aaron Lee Tasjan is a man after my own Oasis-loving heart. The Ohio-born folk rocker is apparently a big fan, having recently performed in a star-studded tribute to Manchester’s finest in Nashville. But Tasjan’s original work is, dare I say, even better. It’s like a sonic whiskey and water in which the water is mostly your own tears. Tasjan has a way burrowing into your psyche in an almost primal way. And here he’ll be joined by the always wonderful Christopher Gold & The New Old Things.

50 years ago this summer, the U.S. put a man on the moon. They did it a few times since, but only one of those ended in near-disaster. Ron Howard’s Apollo 13 tells the story of the heroic efforts to save an ill-fated astronaut crew (Hanks again, Bill Paxton, Kevin Bacon). At this screening, Cap Times movie critic Rob Thomas — not that Rob Thomas — will be on hand to discuss the film.

Martin Scorsese has directed a ton of films. Some are good, like Goodfellas, Raging Bull and Taxi Driver. Some are not so good, like the confusingly watchable mess of Shutter Island. But none are as weird or wild as After Hours. Released in 1985 and starring the always great Griffin Dunne, After Hours depicts one wild night in New York City. It’s a surreal black comedy that seems more attuned to someone like David Lynch than to Scorsese. Either way, it works, and it works well.

Bicycle maker Trek is a Wisconsin institution. Here, the company will premiere a new mountain biking film, and three of the riders featured in it (Brett Rheeder, Reed Boggs, and Jackson Goldstone) will be in attendance. If you’re into crazy athleticism and breathtaking scenery, this might be for you. Proceeds will benefit Wisconsin’s various bike trails.

Arkansas-native Ward Davis bridges the gap between country’s mainstream and its outlaw fringe. As a songwriter, his work has been performed by timeless stars like Trace Adkins, Willie Nelson and Merle Haggard. But as a performer, he’s worked with Cody Jinks, touring with the hard-living scion and collaborating with him on a song called “I’m Not the Devil.” His latest, the EP Asunder, was released in 2018.

You need to listen to The Beths if you haven’t already. Like, right now. The New Zealand band is a near-perfect combination of indie pop and punk, built of self-deprecating lyrics and sunny vocal melodies. Their 2018 debut, Future Me Hates Me, saw the group delivering not just one of the sharpest first records in recent memory, but one of the sharpest records full stop. And slated for support is Madison’s Proud Parents, another pitch perfect group of power poppers, albeit with a more ragged edge.

This Madison comedian has a relationship with his audience that you could describe as “adversarial.” Asmus’ humor is like weaponized awkwardity, mining the most anxious and bizarre corners of his brain. In short, how far can you take something before the audience breaks a sweat? Asmus was the 2015 winner of Madison’s Funniest Comic and has supported alt-comedy scions Brian Posehn, Aparna Nancharla and Todd Barry, among others.

French filmmaker Claire Denis is one of the all-time great auteurs. Over two nights here you can see a pair of her finest works. First up on Thursday is High Life. The 2018 arthouse sci-fi feature sees new Batman Robert Pattinson drifting toward a black hole both metaphorically and literally. Friday will feature L’Intrus, her affecting 2004 effort about an ex-mercenary’s search for redemption. It’s based on an autobiographical essay by philosopher Jean-Luc Nancy.

When I first read that Built to Spill was going to play LOKS, I nearly did an actual spit take. I love this band. Since the early 1990s, Idaho’s prodigal sons (well, son — singer and guitarist Doug Martsch is the only original member left) helped to rewrite indie rock’s playbook with their drifting guitar hooks and vague, introspective lyrics. Even at its darkest, Built to Spill’s music is comforting, like an endlessly understanding drinking buddy for Gen-X rock fans. Their most recent release was the excellent Untethered Moon in 2015. Brazilian indie rockers Orua and Built to Spill’s fellow Idahoans, jangle pop outfit Clarke & The Himselfs, will also appear.

Wisconsin indie pop is on full display at this show. Seasaw, the Madison duo known for their sharp and sweet lyrics and laidback sound, will headline. (And if you want a double dose of Meg and Eve, head over to Summerfest on July 2 to see them open for the mighty CHVRCHES.) Also on hand is Madison Malone, a Badger State native who left for Los Angeles in 2016 and his opened for everyone from Kaleo to Josh Radnor (a.k.a. Ted from How I Met Your Mother). Lastly is Paper Holland, whose almost tropical take on indie rock contrasts delightfully with their very un-tropical hometown of Milwaukee.

Froth began as a joke. Originally, the rock trio intended to put out a record that just spun silently for 20 minutes. They only began actually playing music after having to fill-in on a show at the last minute, but since then the band has become a very real, very talented band with songs and everything. Froth’s dreamy psych rock is no joke. With Seattle trio Versing, who blur the line between cacophony and beauty.

Led by local shredder Tyler Fassnacht (of Proud Parents and The Hussy), Fire Heads are one of Madison’s best guitar rock bands. This is pure, uncut garage punk of the finest order. Supporting them will be a pair of Twin Cities bands: garage supergroup Blaha and art rockers Oyster World. And rounding things out will be Czarables, a Madison-based math punk outfit.

The reigning champions of professional ultimate — and your hometown heroes — begin a three-game homestand to end the AUDL regular season. And they need your help to keep playoff hopes alive. For Friday’s game, wear Radicals gear or blue and/or gold to “Rad Out” Breese Stevens. Let’s show these punks from Chicago we mean business.

Super Mario Bros. star John Leguizamo is here to drop some knowledge. After noticing almost no information about Latin history in his kid’s schoolbooks, the Tony- and Emmy-winner wrote a one-man show called Latin History for Morons. It covers the nearly 3,000 years “between the Mayans and Pitbull” in around two hours. But more importantly, it will all be performed by Luigi.

Few stand-ups hold carry the kind of gravitas that Dave Attell does. Though relatively unassuming, Attell is the king of off-color comedy, dealing with sex, drugs and politics in his blisteringly brusque style. Just listen to him explain why there’s no romantic way to fist someone. And honestly, that bit’s pretty clean compared to some of the other jokes in Attell’s grotesque arsenal.

Bacon goes with everything. So does beer. Come celebrate the many different ways these two things can go together. Local chefs will cook up a variety of bacon-infused foods and local breweries will supply the beer. Your mission is to eat, drink, play games and listen to live music. Sound doable?

If Vampire Weekend’s recent visit got you jonesing for Afrobeat, Immigre is more than happy to hook you up. The Madison collective funks up their world rhythms, resulting in sophisticated sounds that you can dance your ass off to. 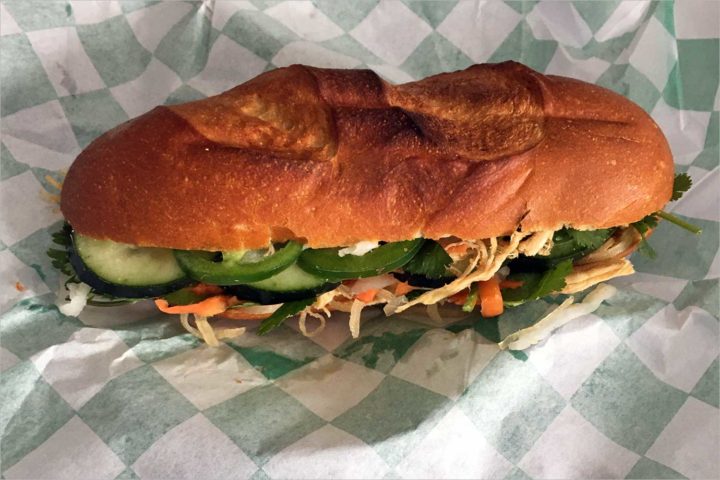 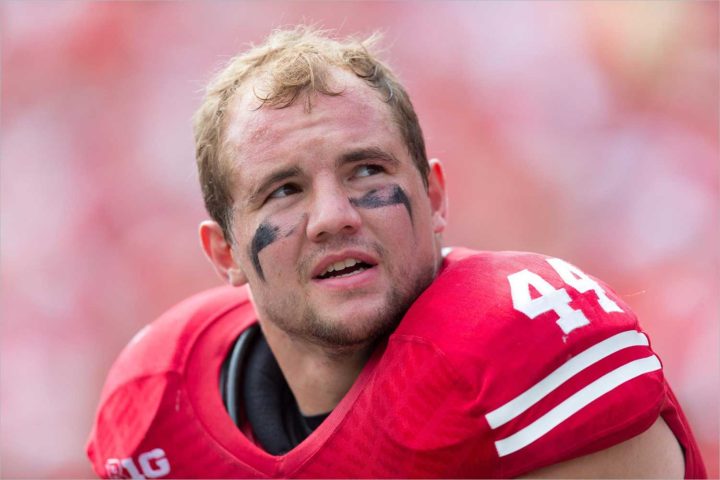