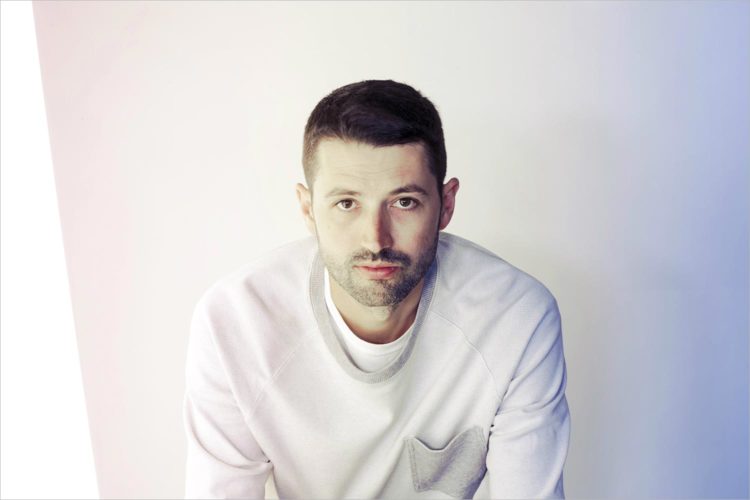 Known to some around these parts as a folk singer/songwriter (and occasional Bozho scribe), Simon Balto is a man of many talents. One of these is historical analysis. Balto, who teaches history and African-American studies at the University of Iowa, recently wrote Occupied Territory: Policing Black Chicago. The book deals with the ramifications of racially oppressive police practices in the Windy City, and here Balto will read from and discuss it.

John Darnielle has always been a storyteller first. The Mountain Goats’ albums often play like novels, filled with intimate, literary detail. And the subject matter is ever-changing. From death metal to pro wrestling to child abuse, Darnielle has an innate ability to paint a full, engaging picture of whatever he chooses. The prolific band’s 17th(!) album, In League with Dragons, was released in April and is inspired heavily by Dungeons and Dragons (as was his first actual novel, 2014’s Wolf in White Van). Roll for initiative, music lovers. With cosmic folk oddball Shana Cleveland.

Somewhere between folk and rock, there sits Ona. The West Virginia quintet isn’t unlike Wilco, in that their ambling sound travels through a ton of American musical subgenres. And despite their Appalachian roots, their swirling guitar riffs and pastoral lyrics recall California’s Laurel Canyon; Ona is a lot like listening to a musical sunset. This is what Dawes would sound like if the Goldsmith brothers grew up east of the Mississippi River. Their sophomore album, Full Moon, Heavy Light, was released earlier this year. Milwaukee folk experimentalist Sleepy Gaucho opens.

Jared Bartman’s music is more like sonic fog. As Moon Ruin, Bartman crafts gauzy synth-pop that seems to seep through every molecule it comes in contact with. It’s the product of a perfectionist; Moon Ruin’s most recent album, Slow Down Ego, took Bartman two years to finish. Joining them will be Yummm, a Minneapolis pop project known as “P-PL” up until early April.

“Arena folk” is still a relatively new phenomenon, but its popularity seems to grow every day. Thanks to artists like The Lumineers and Mumford & Sons, the idea of filling huge rooms with just banjos and stomps isn’t all that farfetched. Madison’s The North Code are students of this school, serving up folk’s stripped down ethos with an emotional delivery as loud as any amplifier. Here, they’ll be celebrating the release of their debut full-length, In My Head. With local folkies Kerosense Kites and Old Soul Society.

There’s bedroom pop, and then there’s Prathloons. The Minnesota artist writes low-key tunes that brim with an instrumental flourish that never overpowers. This is thanks in large part to vocalist Colin Dall, whose laconic delivery acts like coaster brakes, easing each song into an emotional centerpoint. Support comes from Norris Court (featuring members of Miyha) and Sock in Human Form.

Bring one of those little pocket-sized things of tissues to this show. Linn Jennings is influenced by the likes of The Weepies and Iron & Wine, and it shows through her sparse, melancholic indie folk. But what keeps Jennings from being Folk Upstart No. 475 is that her music comes from a queer lens — a welcome perspective in the somewhat homogenous genre. With Cody James, a soulful ex-punk from Oshkosh; and local favorite Karen Wheelock, an indie folk chanteuse who wouldn’t sound out of place playing at The O.C.’s Bait Shop.

Thursday through Saturday, May 16-18, Comedy on State (info)

Legend has it that Jimmy Kimmel personally asked Beth Stelling to stand-up on his show after seeing her perform at the Upright Citizens Brigade. Mr. Kimmel clearly has fine taste, too, because Stelling is hilarious. The genial Midwesterner tends to discuss the minutiae of everyday life, delivered with a sarcastically self-effacing bite. She’s also performed on Conan (natch) and was a regular at Kumail Nanjiani and Jonah Ray’s weekly standup showcase The Meltdown. For further evidence, watch her on Netflix’s The Standups.

S. Carey makes music good enough to quit your day job over. However, the Eau Claire-based musician’s day job is playing in Bon Iver, so I’m not really sure he’d want to quit it. Either way, on his own Sean Carey makes delicate northwoods folk that’s at once delicate and powerful. It’s on full display in his 2018 album Hundred Acres, which is masterful enough to stand alongside any of Carey’s work with Justin Vernon and friends. Support comes from fellow Eau Claire indie scientist Shane Leonard.

I Don’t Know How But They Found Me

Given their mouthful of a name, you’d think I Don’t Know How But They Found Me (or IDKHow for short) was an emo-pop band from the mid-2000s. But the Utah duo caters in a pitch perfect brand of synth-pop, recalling the day-glo new wave of the ’80s more than, say, Panic! at the Disco. And that’s somewhat ironic, since IDKHow bassist/vocalist Dallon Weekes is a former member of Panic. IDKHow’s debut EP, 1981 Extended Play, was released last year. With blog-rock throwback Superet.

Attendees of this wine festival will have a chance to sample nearly two dozen wines produced everywhere from the vineyards of France to the Wisconsin Dells. In addition to the tasters, the event will also feature catering by local food trucks, plus the option of wine pairing classes with top Madison chefs for an additional $15. Either way, it sure beats that box of Franzia…

Fred Armisen is another comic with a deep musical background, playing drums in Chicago post-hardcore unit Trenchmouth before turning full-time to comedy. Now the Saturday Night Live and Portlandia vet is fusing his two interests into one show, combining his penchant for offbeat character humor with his own serious talent as a musician. Expect this to be quintessential Armisen: zany, esoteric, and impossible to pin down. For further reference, check out his comedy special Standup for Drummers, released on Netflix in 2018.

Amanda Seales tells silly jokes for smart people. Her style of humor can border on the absurd, but she uses it to talk about some of the day’s most pressing issues. From race relations to feminism, Seales takes it all on, reframing it in a way that can make even the most serious stuff seem okay at laugh about.

Alongside Bon Iver and Garbage, Violent Femmes comprise the holy trinity of Wisconsin music. The folk punk trio began their career busking on the streets of Milwaukee nearly 40 years ago, but have over time become alternative icons. You’d be hard-pressed to to find someone (especially in the Badger State) who couldn’t pick out their signature tune, “Blister in the Sun,” from the opening guitar plucks. Support comes from Milwaukee’s latest arena-ready folk rock trio, The WhiskeyBelles.

Honor Among Thieves are Madison’s musical OGs. Since the early 1980s, the quartet has consistently challenged and entertained audiences with their psychotic take on roots rock. After all, how many other bands have an entire album with lyrics written by esoteric cartoonist P.S. Mueller? (See: Honor Among Thieves’ The Blue God.) Rounding out the bill is Loving Cup, a tribute to The Rolling Stones featuring members of local live staple VO5.

Fans of beer and music can both find something to enjoy at the 22nd annual WORT Block Party. For the former, “No Crap on Tap” — a collaboration with the Madison Homebrewers and Tasters Guild — is entering its 16th year of showcasing the best of local breweries. As for the entertainment, attendees can catch sets by Black Star Drum Line, Yellow-Bellied Sap Suckers, Grupo Balanca, Lil Chief, Gabe Burdulis Band and Painted Caves.

It all comes down to this, the 73rd and final episode. Will Mother of Dragons Daenerys Targaryen (Emilia Clarke) rule the Seven Kingdoms? Or will the brooding, windswept King of the North Jon Snow (Kit Harington) sit on the Iron Throne? Either way, the end of the smash HBO series is guaranteed to be a spectacle. When you play the game of thrones, you win or you die.