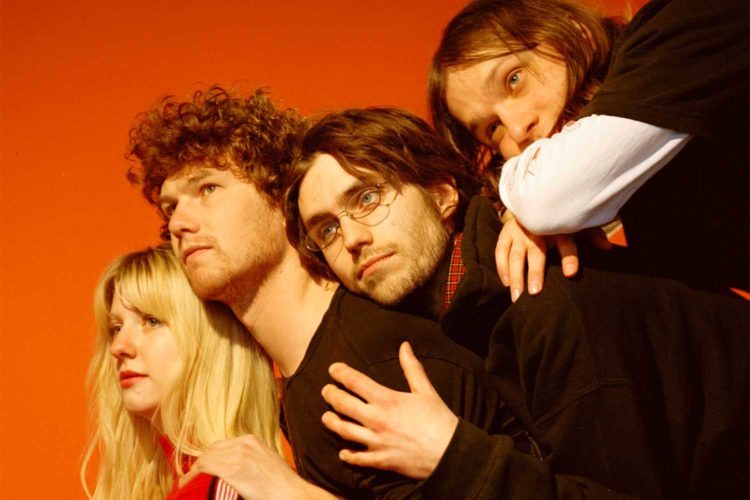 Celebrate Memorial Day with a America’s favorite baby… Alec Baldwin! The Boss Baby stars the actor as a whip-smart baby with a briefcase who’s actually a spy on a super-secret mission that involves an epic battle between puppies and babies. The screening kicks off this summer’s Lakeside Cinema series.

Baseball returns to Madison as the Mallards take on the Kokomo Jackrabbits in the Northwoods League season opener. The Ducks also play at home twice more this week: Kokomo again on Wednesday, and Wisconsin Rapids on Thursday. But opening night is your only chance to get a free bottle of hand sanitizer at the gate, courtesy of SSM Health. That blows Wednesday’s pen giveaway out of the water.

Tuesday, May 28, The Winnebago (info)

Local comedian Esteban Touma comes highly recommended. The host of The Moth in Madison, he’s been featured on NPR and opened for the likes of Michelle Wolf and Judd Apatow, with the latter calling him “hilarious.” Closing the night is Charlie Kojis, a Madison-based road warrior who won Madison’s Funniest Comic in 2016. Hosted by Tennessee transplant Will Byrd, this stand-up showcase also features Jake Snell, Elijah Holbrook, Colin Bowden and Regan Niemala.

In a musical sense, there isn’t much Tash Sultana can’t do. The Australian musician plays a wide array of instruments, from guitar and drums to flute and sax, and uses it all for a laid-back take on psych rock. A former busker, Sultana is now one of the fastest-rising members of a potent Australian indie rock scene that includes Tame Impala and Courtney Barnett. Sultana released Flow State, their debut LP, in 2018. With fellow Aussies and identical twins The Pierce Brothers, a folk duo.

The late filmmaker Orson Welles is one of the most famous Wisconsinites ever. A Kenosha native, Welles is best known for the landmark Citizen Kane, and also up there is his final acting role, voicing a planet-eating robot in 1986’s Transformers: The Movie. But his final Hollywood production as a director, Touch of Evil, is nothing to scoff it. Its opening sequence is one of the most iconic shots of all time, and it remains one of the finest examples of film noir to this day. After this screening, Cap Times film critic Rob Thomas will be on hand to discuss the film.

Formerly of Madison, Slow Pulp relocated to Chicago last year. The psych-tinged indie punk quartet recently made its “true debut” with an EP called Big Day. (It’s the first to officially feature Emily Massey as the band’s primary vocalist.) And if Big Day sounds a bit giddy, that’s on purpose; it’s meant to filter the world through a child’s enthusiasm. This show marks the kickoff of a tour with headlining Minnesotan emo heroes Remo Drive. That band will release its sophomore album, Natural, Everyday Degradation, on May 31. Wisconsin emo throwback Slow Bullet rounds out the bill.

Bunny Love is a project as talented as it is mysterious. It’s hard to find much information online about Bunny Love, other than that it’s a bedroom project and is entirely home-recorded. It’s like Guided by Voices-level prolific, with a Bandcamp overflowing with intensely personal songs. Also on the bill is indie pop crew Combat Naps, oddball rap outsider Willy, and the reverb-heavy indie rock of Red Pants.

In a time where misinformation has reached a near-dystopian level, education is more important than ever. This documentary explores early childhood education and its necessity to kids’ development. The first five years, it stresses, are the most important. And if that hasn’t sold you, did we mention the screening is free?

Thursday through Saturday, May 30-June 1, Comedy on State (info)

Adam Newman is more than happy to tell you how weird his body looks. In a January appearance on The Late Late Show with James Corden, the comedian described his complete lack of chest hair and nipples that “look like daddy longlegs,” in addition to a bunch of other gross stuff in verbose detail. So while he may be a disgusting mutant, at least he’s really funny.

When Jordan Cook moved from his native Saskatoon, Saskatchewan to Seattle, Reignwolf began in earnest. And I mean extremely earnest — Cook built the Reignwolf name on his performances as a one-man rock band, cranking heavy blues-punk out of just a guitar and kick drum. Now, Cook alternates those solo performances with a three-man version of Reignwolf. Regardless, it rips. Support here is all Wisconsin: Wausau alt-blues duo 20 Watt Tombstone and Janesville rock wunderkinds The Red Flags.

Madison’s Last Crack were this close to major stardom in the late ’80s and early ’90s. They were early practitioners of groove metal, releasing two albums for iconic heavy music label Roadrunner and getting one of their videos played on MTV’s Headbangers Ball. But the group’s original lineup dissolved shortly thereafter, and Last Crack faded into obscurity. Until earlier this year, that is. That’s when Last Crack announced they had signed with a new label and were prepping the release of their third proper album, The Up Rising. This show will celebrate that album’s release, joined by Madison’s Vanishing Kids and 7 Seasons Deep.

Nashville rockers Sad Baxter are back in town and bringing with them a new indie punk jam called “Nothing” that sounds like it was pulled straight from the Empire Records soundtrack. (That’s about the highest compliment I can give something.) In fact, the whole bill reads like a masterclass in heavy pop. Miyha will be there, along with Madison’s Labrador and Chicago’s Bernie and The Wolf.

Check out some great music, and support a great cause while doing it. This benefit show features a stacked lineup of music from local favorites Ramona, Rocket Bureau, and Alex Wiley Coyote, plus TheRealDJPatty. The door price is a suggested donation to Briarpatch Services, a group that aligns with local government to better serve homeless, runaway and at-risk youth.

It’s been six years since Andrew Hozier-Byrne first took us to church. With a song that big, you’d think Hozier would’ve been quick to put out more music. But instead of just farting something out, he spent that time building up to Wasteland, Baby!, an album that sees the 29-year-old fine-tuning his sound and avoiding the sophomore slump. (And that Mavis Staples features on the opening track helps quite a bit, too.) NYC musical siblings BAILEN open.

When Portland punk label Dirtnap Records relocated to Madison in 2017, the first local band they signed was Proud Parents. It’s a wise choice; Proud Parents are one of Madison’s finest rock bands. The quartet specializes in ramshackle power pop, as evident on their self-titled sophomore album, released last year. (And if you were lucky enough to get tickets to see The Beths at Shitty Barn on June 27, you’ll get to see Proud Parents there supporting them.) With Carly Beth and The German Art Students.

Davina and the Vagabonds

Davina Lozier, the ivory-tickling leader of Davina and the Vagabonds, looks unstuck in time. At first glance, you’re transplanted to some 1950s rockabilly club. But when she sings, it’s a mixture of jazz and blues that’s totally New Orleans. However you want to classify it, Davina and the Vagabonds are a talented band with a killer live show.

The Midwest’s relationship with emo music is long and fruitful. Here, three of the region’s best independent emo bands will share the spotlight. Headlining is Wausau’s Barely Civil, whose twinkle comes with a sharp edge. (They’re also slated to play Florida’s legendary The Fest later this year.) On loan from Iowa is Stars Hollow, whose Gilmore Girls-inspired name contrasts their take on screamo. Lastly is Parsing, Madison’s premier practitioners of the genre. 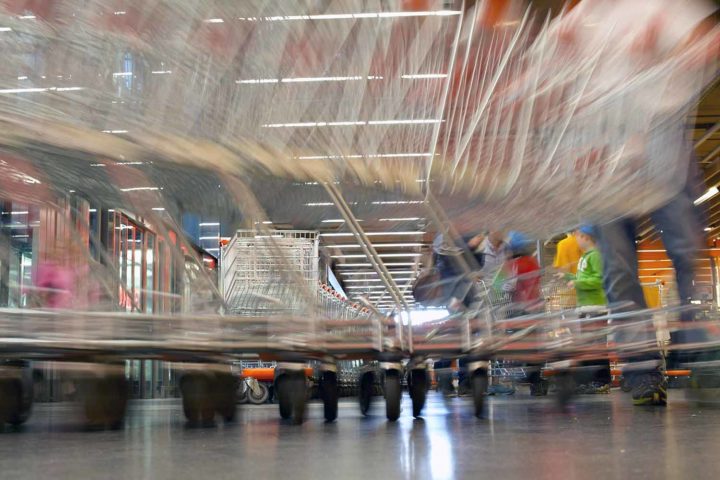