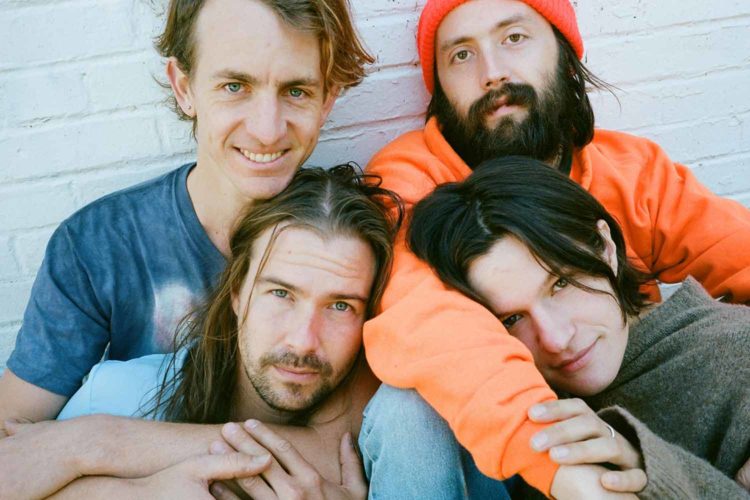 ‘A Nightmare on Elm Street’

Good luck falling asleep after this “Chill ’n Thrill.” Wes Craven’s 1984 slasher classic follows a group of teens (including a very young Johnny Depp) being hunted by a sadistic killer who lurks in their dreams. Freddy Krueger is one of horror’s greatest monsters, and A Nightmare on Elm Street is a hugely entertaining introduction to him that uses elements of both high camp and very real scares. One, two, Freddy’s coming for you…

If their name didn’t give it away, Cigarettes After Sex makes music for the boudoir. It’s sultry, sexy ambience, funneled through the androgynous voice of bandleader Greg Gonzalez. They’ll likely be slow-burning through some new material, as the group will release their sophomore album Cry on Oct. 25. Turn down the lights, spark up those scented candles, and chow down on some asparagus. Also, the show will include a screening of You’re the Only Good Thing in My Life, a short film based on a song from Cry.

Northern Irish punk icons Stiff Little Fingers are nostalgia for me, despite the fact that they formed 14 years before I was born. Their signature song, “Suspect Device,” was on the soundtrack to Tony Hawk’s Underground, and those games were a major musical influence on me. And I can’t thank Mr. Hawk enough, because Stiff Little Fingers is one of the most enduring and important punk bands ever. Fellow classic punks The Avengers will open; they unfortunately do not feature Tony Stark or Bruce Banner but are still pretty fucking rad.

Joyce Manor’s Barry Johnson is one of modern punk rock’s premier songwriters. Throughout the band’s career, Johnson has made otherwise mundane experiences — like going to a karaoke bar or getting a heart tattoo — seem like life-changing ones. On last year’s Million Dollars to Kill Me, Joyce Manor stays characteristically hyper-observant while sonically straying further away from their pop-punk template. And as an added bonus, Madison’s indie punk blasters We Should Have Been DJs will open.

Felipe DeAndrade is a YouTube star, but not in the grating sense you’re probably imagining. The filmmaker and conservationist is the host of Untamed, a Nat Geo Wild channel show in which the charming Brazilian-born Clevelander channels his inner Steve Irwin. Here he’ll be discussing his many exotic animal encounters and other experiences in nature, plus previewing his new documentary The River and The Wall. The film will focus on the native wildlife along the U.S./Mexico border.

With his lantern-jawed visage and sweet Texas drawl, Lyle Lovett is instantly recognizable. Over his nearly 40-year career, Lovett has released 11 albums full of Texas country and swing. He’s a master craftsman; his work is intentional and precise, and that’s part of the reason he’s endured so long. It’s impossible for Lyle Lovett to fall behind genre trends. At this point, he’s his own genre.

On Anak Ko, Jay Som’s third album, Melina Duterte is wide awake and dreaming. The new album has a spacey shimmer that matches the artist’s hopeful reflection. It also positions Jay Som further outside of bedroom pop, a label that never seemed to fit Duterte’s grander ambitions. From jangly shoegaze of “Superbike” to the Gorillaz-esque “Devotion,” Anak Ko sees Duterte going into full studio geek mode. The only downside is that at just over a half-hour, it flies by. It’s one of those albums you wish would go on longer. Support will come from dreamy Oaklanders Boy Scouts.

A veteran of both MTV’s Guy Code and Girl Code, Chris Distefano has never shied away from speaking frankly. And when he does it, his favored target is generally himself. Whether talking about his weight or his experiences with anxiety, Distefano gleefully savages himself in a relatable way. And honestly, it’s even funnier hearing a dude who sounds like Tony Soprano riffing on his man boobs. Life is tough if you can’t laugh at yourself.

This annual festival celebrates the written word with appearances by some of the most talented writers in contemporary literature. This year features a fascinating selection of authors, including a whole lot of fascinating memoirs. Among them is indie rock legend Ben Folds (who’s also performing at The Sylvee on Oct. 20; see below). Folds will present his autobiography, A Dream About Lightning Bugs, which was published this summer. Other presenting memoirists will include Olympic figure skater Adam Rippon, former CEO of The Onion Steve Hannah, and professional witch (seriously) Amanda Yates Garcia.

Explosions in the Sky

Long-running post rock outfit Explosions in the Sky is turning 20, and they’re celebrating with a massive national tour. In addition to releasing seven albums, the Austin quartet has also composed a whole lot of music for film and television, including the films Lone Survivor, Prince Avalanche and both versions of Friday Night Lights. Clear eyes, full hearts, etc. With Chicago experimental band FACS.

Putting two of the most dynamic artists in indie rock together is never a bad thing. Ghost Forests, the debut collaboration of Meg Baird (Espers, Heron Oblivion) and harpist Mary Lattimore finds tentative delicacy in their songs. There’s always a sense of impermanence on Ghost Forests, as if its gorgeous arrangements could fall apart at any moment. But they never do, and it makes for a truly exciting listen.

Madison’s fun lovin’ criminals (not to be confused with the Fun Lovin’ Criminals) are one of the surest bets for live music. I’ve seen Masked Intruder probably five times now, and each one has been a sweaty, goofy riot. I once saw Officer Bradford — the band’s P.O./chaperone/mascot — get crowd-passed from the stage to the bar at Majestic. He also “proposed” to my partner at a different show. Masked Intruder is a great, airtight pop punk band, but their gigs are also worth it to see what our boy in blue is up to. With San Diego skate punk throwback The Bombpops.

I hate to say it, but I think it’s time to start taking Shia LaBeouf seriously. He’s getting Oscar buzz for his role as his own father in Honey Boy, and indie gem The Peanut Butter Falcon further illustrates his range. LaBeouf plays a petty criminal and fisherman who becomes mentor to a developmentally disabled boy (Zack Gottsagen) who dreams of becoming a professional wrestler. It’s a surprisingly sweet performance from this guy.

If you get past the institutional racism, there are some truly funny aspects of American history. Since 2014, comedians Dave Anthony and Gareth Reynolds have sought to highlight them on The Dollop. Each episode of the podcast focuses on a different American weirdo, from Ross Perot to the Donner Party. And to make things interesting, it’s only Anthony who does the prep work — Reynolds always goes in blind. Think Drunk History but with way less barfing.

Today’s average news cycle is enough to drive anyone to drink. Local podcaster (and former Bozho contributor) Chris Walker takes it one step further by getting blasted with co-host Max Miller while discussing current events. This iteration will focus on both President Trump’s impeachment inquiry and environmental issues, plus the tariffs that will affect our ability to drink the pain away. And since it’s Spooky Szn, Walker encourages you to wear your Halloween costume. There’s a cash prize for the best one.

Friday through Sunday, Oct. 18-20, The Marquee at Union South (info)

With the latest entry in their flagship franchise, Pixar again aims directly for your heart. Toy Story 4 is a road trip film about finding your place in the world. Though it features Woody, Buzz and all your other favorites, much of the focus is on Forky (Tony Hale), a homemade toy in the midst of an existential crisis. But perhaps the best addition to the cast is Duke Caboom, a toy purported to be Canada’s greatest stuntman, performed in gonzo fashion by Keanu Reeves.

You’d think one great album in 2019 would be enough for Big Thief. Nah. After dropping the acclaimed U.F.O.F. in May, they released the equally impressive Two Hands on Oct. 11. Recorded back-to-back, they say the latter is the “Earth twin” to its predecessor’s “celestial twin.” I don’t know what that means exactly, but I can tell you that “Not” sounds like late-era Bright Eyes — all ragged vocals and fuzzy guitars. Support comes from the brainy, subdued indie rock of Palehound.

Snake on the Lake

These Iowans have a cosmopolitan sheen that doesn’t exactly scream “corn country.” Their bouncy indie pop is a dead ringer for Phoenix, right down to single “Polvo” sounding like a 2019 update of “1901.” The band’s latest album, Dazer, is a slickly confident collection of tracks, indicative of a band ready for major stardom. With Milwaukee beach bums Paper Holland and Madison’s Visiting Hours.

Ben Folds will always have a special place in my heart. The bespectacled ivory tickler was one of the first artists I ever discovered on my own (as much as one can “discover” a guy who’s been around since the early ’90s) and has remained a favorite to this day. In addition to his stellar musicianship, Folds is riotously funny, and it shines through in his songs. Here you’ll see Folds in his element: One man, one piano, and a whole bunch of great music. Joining the “Brick” singer is superbly polished folk-popper Savannah Conley.

While I reserve my fiercest Hiatts fandom for Lilly, I have to admit her dad is pretty great as well. Like his daughter, John Hiatt has a country soul but myriad musical influences, from classic blues to new wave. For nearly five decades Hiatt has been a fearless experimentalist who’s capable of looking forward and back without sacrificing one for the other. In 2018, he released The Eclipse Sessions on New West Records, the Nashville/Athens label that also released Lilly’s most recent album.