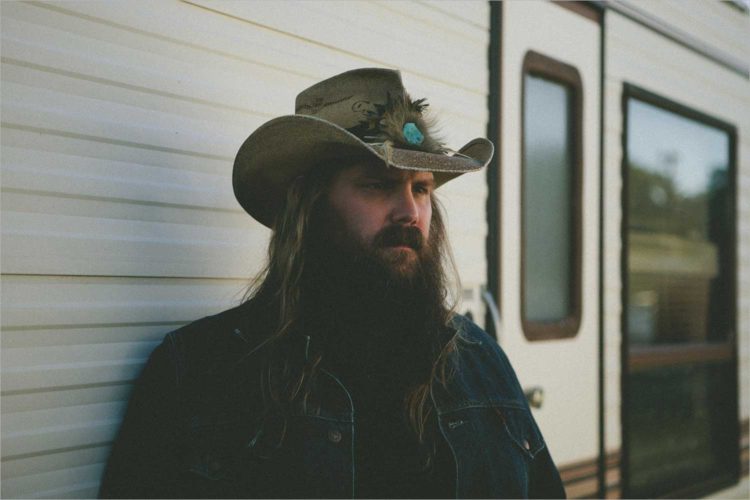 Progressive Americana outfit The Steel Wheels embraced their inner U2 on “Keep On,” a standout track from their 2019 album, Over the Trees. While their inherent downhomeness is still present, it’s now accompanied by cavernous tom rolls and soaring vocals harmonies. It’s the kind of song you’d want to scream off the Blue Ridge Mountains in the group’s home state of Virginia. Though singing along in Madison is a pretty nice consolation.

I can’t be alone in thinking there’s a severe lack of saxophone these days. Luckily, Moon Hooch’s jazz fusion makes heavy use of my personal favorite woodwind instrument, incorporating two of them. Over their three albums, Moon Hooch have reimagined jazz for the modern nightclub. Bring on that sax-a-ma-phone! With electronic crew Jaw Gems, who trade samplers and drum machines for a live band.

This is a chance to meet television’s newest food wizard. Samin Nosrat is a chef and best-selling author who parlayed her cookbook Salt Fat Acid Heat into a gig presenting an equally fascinating Netflix docuseries of the same name. Here, Nosrat will expand on her culinary philosophy, which doubles as a meditation on diversity and inclusion. She’ll also participate in an audience Q&A and book signing.

mc chris is the Tupac of nerdcore. In addition to his huge influence on the geeky rap subgenre, the Illinois native is also a talented animator and voice actor who’s worked on shows like Sealab 2021 and Aqua Teen Hunger Force (where he played a character named “MC Pee Pants”). A live recording of his podcast will precede the show. Musical support comes from fellow rap dork Schaffer the Darklord and cerebral Bay Area MC Lex the Lexicon Artist.

File this one under “soundtrack folk.” You know, the sort of aching, tender tunes you’d hear in a small-budget indie dramedy starring a bearded-out A-lister. Whatever you choose to call it, Joshua Radin and The Weepies are two of its finest. They are highly adept at exploring the more uncomfortable aspects of love, so this is a night sure to be filled with hushed emotional gut-punches. Also performing is Los Angeles folk-popper Lily Kershaw.

Zia Anger’s My First Film is an exercise in meta filmmaking. It examines her only feature film, breaking it down in real-time with Anger herself interacting with it from the crowd. Using Google searches, AirDrops and audience participation, Anger — a music video director who’s worked with Angel Olsen and Maggie Rogers — blurs the line between not just film and performance art, but between art and artist too.

The Milwaukee Bucks are back and aiming to build on a franchise-defining season. This year will open with a grudge match: Giannis Antetokounmpo edged out Houston’s James Harden to win MVP last season, and the Beard is likely to come out swinging. The season opener might also be a look into the crystal basketball: FiveThirtyEight’s new “RAPTOR” prediction metric currently has Bucks-Rockets as next summer’s most likely Finals matchup. Spoiler alert: Bucks in six, baby.

With his breakthrough debut Traveller in 2015, hirsute outlaw Chris Stapleton injected life into a braindead country radio landscape. His work is focused more on traditional songcraft than algorithm-pleasing hooks, and he’s been handsomely rewarded for it. Now, Traveller is quadruple platinum and Stapleton has five Grammys on his mantle. So stick that in your red Solo cup. The Brothers Osborne and Kendell Marvel will join him on his “All-American Roadshow.”

When acting didn’t work out for Kyle Kaplan and Vinnie Pergola, they turned to music. This time around success was less elusive, and their duo Phantoms has quickly become one of the hottest names in EDM. Their slick and chameleonic production allows them to seamlessly slip between the mainstream and the underground. And if you’re a Succession fan, have I got news for you: their song “Broken Halo” features Cousin Greg on vocals. With support from atmospheric Kiwi duo Sachi.

Guy Branum knows a thing or two about being subversive. As a college student, the Secret Service visited his apartment to investigate a satirical column that mentioned Chelsea Clinton. It’s a testament to his sense of humor, which is caustically brainy. Branum has performed on pretty much every late-night show under the sun, and he’s also contributed to The New York Times and Pitchfork.

Besides Annie Leibovitz and Peter Parker, Pete Souza might be the best known photographer in the country. As the chief picture-taker for the Obama White House, Souza — who recently moved to Madison — offered an unparalleled behind-the-scenes look at our last adult president. Here, he’ll provide backstory on some of his most iconic shots, many of which also appear in his two books of photos, Obama: An Intimate Portrait and Shade: A Tale of Two Presidents.

Few outside of John Fahey can pluck the guitar like Charlie Parr. The Minnesotan troubadour is a master of “Piedmont blues,” a genre built around fingerstyle picking. Between that and his plainspoken lyricism, there’s a lot going on with Parr, and all of it is captivating. Frankly, it’s just good to see him back on the stage after a major skateboard injury in 2018. With Wisconsin folksingers Lou Shields and Andy Hughes.

Dylan Mattheisen, guitarist of Minnesota’s first family of emo, Tiny Moving Parts, can wail like no other. His mathy shredding is a hallmark of the band’s pop punk, and acts as a perfect foil to their bass-heavy rhythm section. Add that with a penchant for putting together some absurdly goofy music videos, and you’ve got the most fun band in a genre known for its endless bummers. Also, they kill live. I saw them at The Frequency (RIP) a few years ago, and I’m still collecting bits of face Mattheisen melted off. Breathe, Tiny Moving Parts’ seventh album, was released on Sept. 13.

Consider this the Northwoods indie folk all-star show. As the leaders of The Pines and Field Report, respectively, David Huckfelt and Chris Porterfield make music that’s instantly recognizable, even if it may be fairly different. Porterfield offers a more subdued take on heartland rock, like a snowed-in Springsteen. Huckfelt is a bit darker, crafting sparse and gloomy visions of the prairies. But both artists are modern masters who can sonically bore a hole into your soul. Huckfelt’s debut solo album Stranger Angels was released in February.

Girlpool has gone through a lot of changes throughout the years. More than most bands. But that’s something ingrained in both Avery Tucker and Harmony Tividad. As Girlpool, their music has embraced punk, folk, emo and pop to match the emotional tenor whenever necessary. Girlpool stays in motion, never settling into one groove; it’s what makes them such a rewarding listen. When Chaos is Imaginary, their third album, and second for eclectic haven Anti-, dropped in February.

At this point, we all know what fandom conventions are. Let’s just cut to the chase and take a look at which nerd icons will be putting in appearances. This year will feature four Smallville cast members: Tom Welling, Michael Rosenbaum, Laura Vandervoort and Erica Durance. Other guests will include The Princess Bride’s Cary Elwes, Freaks and Geeks’ Samm Levine, and the Incredible Hulk himself Lou Ferrigno. (Though personally I’d camp out in line to meet Firefly’s Jewel Staite and Sean Maher. You can cancel the show, but you can’t take the sky from me.)

When I was in college at DePaul University, the school once hosted a concert for students that was headlined by Ludacris, with Guster opening. I’m reminded of that strange bill looking at this year’s Freakfest lineup. The headliners for its two main stages are Lil Yachty and Gin Blossoms, respectively. I’m hoping against hope for a collab — the world needs more trap/power pop crossovers.

After a busy past couple years that took them across the country, Madison’s funky Americana quartet Pine Travelers are releasing a new album. Funded via Kickstarter, the quartet look to expand on the acid-bluegrass of their early 2019 EP, Straw House. Adding support is Minneapolis’ Kind Country, a group of folky fringe-dwellers as cosmically inclined as Pine Travelers.

Everyone loves Calvin and Hobbes. That means everyone should also love Madison band Dear Mr. Watterson, named after the comic strip’s creator. It’s just simple math. But honestly, the group plays a near perfect concoction of pop punk and indie pop that exists somewhere between Joyce Manor and The Vaccines. In short, it’s good stuff. With shoegazers Broom and punkers Garage Sale.

Chicago rockers Lever might have formed just for me. How else could you explain a band influenced by Nirvana, Oasis and Speedy Ortiz? Their thundering, grungy pop punk is punctuated by arena-sized guitars, and at times they really do sound like Noel Gallagher jamming with Dave Grohl. I will definitely maybe be there. Lever’s second full-length, Douse, was released earlier this year.

Kaoru Ishibashi can really play the shit out of the violin. The ex-of Montreal member uses this adeptness to build the baroque backbone of his ethereal psych pop. Case in point: glittering starburst of “Marigolds,” a standout from Kishi Bishi’s 2019 record, Omoiyari. It’s such a pleasant listening experience that it’s hard to believe the album is inspired in part by one of the darkest moments in American history. The playful pop artist Pip the Pansy will open.

This 2012 stop-motion animation gem is one of the most underrated Halloween films ever. Paranorman follows a young boy named Norman Babcock, who has the peculiar ability to communicate with the dead. This makes him the perfect choice to end a longstanding curse that an old witch placed on his sleepy Massachusetts town. Huge amounts of hilarity and heart ensue. Paranorman stars the voice talents of Kodi Smit-McPhee, Anna Kendrick, Leslie Mann, John Goodman and C*sey A**leck.