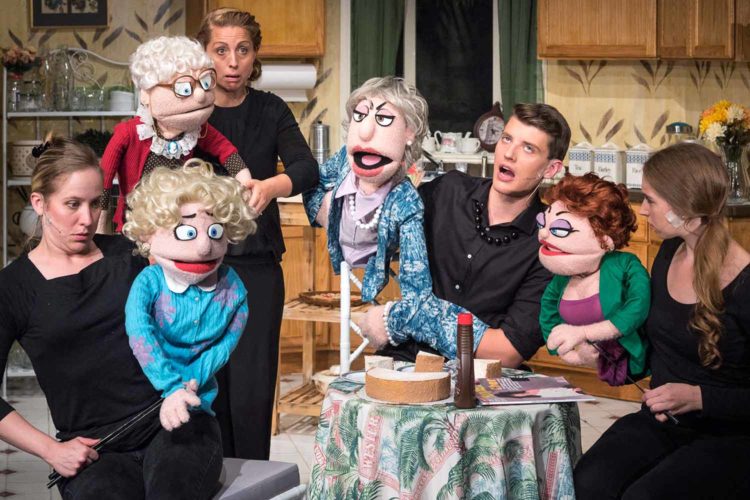 The only thing I love more than Halloween is karaoke, and this event combines both. Turn out and carve yourself a jack-o’-lantern while belting out your favorite tunes. And there are prizes involved: The top three pumpkins will score some Wisco Money.

This Texas native is pretty much a human country song. Before embarking on a career in music, Ryan Bingham traveled on the rodeo circuit as a teenager. When he wasn’t riding bulls, Bingham was learning guitar. Soon he began life as a singer/songwriter in earnest, toiling in dive bars until he became on Oscar nominee for “The Weary Kind,” his penetrating song from the 2009 film Crazy Heart. Bingham’s sixth album, American Love Song, was released this year. With support from Americana pop duo Jamestown Revival, one of the more slept-on live bands in the genre.

Named for the elite military unit that trained in their home state of Colorado, Tenth Mountain Division are themselves an elite unit. They’re not soldiers, but they are some of the most talented roots musicians the Centennial State has to offer. Combining psychedelics with shuffling western tones, Tenth Mountain Division has a sound that could make even a drive through the Rockies in winter relaxing. They released their second album, In Good Company, in 2018.

It was The Hold Steady who poignantly said “certain songs get scratched into our souls.” For me, one of these is “Midwestern States,” a track from the Philly punks’ 2017 album, After the Party. I’ve been a Menzos fan for almost a decade now, but none of their songs — which are all, by and large, excellent — has affected quite like “Midwestern States.” It’s the story of mutual dissatisfaction and the drastic steps we’re willing to take to escape it. It cements Greg Barnett and Tom May are two of the finest songwriters in modern rock, and The Menzos’ recently released Hello Exile is yet another instant classic. This show is also a murderer’s row of contemporary punk, featuring Tigers Jaw and Culture Abuse too.

Robert Earl Keen is an Americana institution. Since the early ’80s, he’s been a tour de force songwriter with a knack for making old-timey American music sound fresh and exciting. I’m not alone in that sentiment, either: Keen’s a popular choice for cover songs, including by the guy who’s on the same stage the night before. Almost 40 years and more than a dozen albums later, Keen is a modern master. Fans of John Prine, Jason Isbell and Tyler Childers won’t want to miss this one.

Nashville may be America’s music capital, but one of its rising stars is a native Aussie. Daniel Champagne’s soft-spoken folk is punctuated by virtuosic guitar playing. It’s always exciting to see someone wail on an acoustic six-string, and in that regard Champagne might as well be Eddie Van Halen. With Madison singer and songwriter Paul Creswell and Appleton’s Americana punk Christopher Gold.

Just in time for Halloween, even the art films are getting a little spooky. Directed by German auteur Ulrich Köhler, 2018’s In My Room is about a middle-aged slacker who wakes up one day to find he’s the last man on Earth. It’s a story of how the end of the world could offer a second chance at life. And as a heads up: The film is in German with English subtitles, so don’t think you can coast through this one without paying close attention. (Unless you speak German, in which case coast away.)

Michael Penn II, aka CRASHprez, has a flow that switches between laconic and caustic. He’s a blistering social commentator and wordsmith, and more often than not his turns of phrase will have you reaching for the dictionary. Listen closely and you just might learn something. Joining him is fast-rising New Orleans MC Alfred Banks.

It’s a perfect night for a good horror movie, but 2014’s A Girl Walks Home Alone at Night isn’t just good. This is a landmark piece of Iranian cinema and one of the most imaginative spooky flicks in recent memory. It’s a vampire western about a lonely bloodsucker living in the fictional town of “Bad City.” (Sounds like a great place!) Highly stylized and masterfully directed by Ana Lily Amirpour, this is a must-see for any cinephile. It’s also a rare example of a film that was adapted into a graphic novel.

Comedy is devil-may-care by nature, but few comedians give fewer fucks than Michelle Wolf. The former Daily Show talking head is a singular political voice, able to examine the absurdity of the modern landscape while still maintaining a sense of hope. It’s partly why she became the scourge of the right after her star-is-born performance at the 2018 White House Correspondents Dinner.

My partner — a woman whom I have shared a home with for five years — loves three things: our cat, Dungeons and Dragons and (I hope) me. Probably in that order, too. This annual convention is like her Super Bowl. Gamehole a four-day affair that celebrates not just D&D, but all sorts of tabletop games. Likewise, tons of vendors will show their wares, from custom dice trays to real, actual swords. Missing this would be like rolling a crit fail in life.

Beardy blues rockers ZZ Top are turning 50. From their beginnings as a down-and-dirty blues band to their ’80s peak as music video stars, the Texas trio is as iconic as they come. But even against a catalog of hits like “La Grange” and “Sharp Dressed Man,” my favorite thing about ZZ Top is that the guy in the band without a beard is the guy whose last name is Beard. Drummer Frank grew a goatee in 2013 in an attempt to combat this fact. Show up early to catch opener Marquise Knox, a 28-year-old bluesman with the skill of a grizzled old-timer.

This annual tribute show has another varied lineup that spans decades worth of artists. Friday will feature the music of Tool, The Cure, The Doors, Sarah MacLachlan (for once, her music is separated from images of malnourished animals) and The Ventures. Saturday has Culture Club, Prince, Elton John, Indigo Girls, and a classic country revue. Each night will also include a costume contest, so dress your best. I’m going as a Tool fan: I will dress normally but ask everyone if they’ve, like, really listened to “The Pot,” man.

Friday and Saturday, Nov. 1-2, The Marquee at Union South (info)

When he was cast as the new Batman, I knew it would become my duty to preach the gospel of Robert Pattinson. Yes, the lanky Brit is best known for the Twilight series, but the last of those movies came out in 2012. In the years since, Pattinson has worked on a string of critically adored indies and morphed into one of his generation’s most compelling performers. For a primer on Robert Pattinson: Serious Actor, check out the Safdie Brothers’ mind-bending thriller Good Time, in which he plays a sleazy bank robber on the run with his developmentally disabled brother. (Then watch the trailer for Uncut Gems, with which the Safdies make the case for Adam Sandler: Serious Actor.)

Friday through Sunday, Nov. 1-3, The Marquee at Union South (info)

Let’s briefly forget the exhausting discourse around whether or not Marvel movies are cinema, shut off our brains, and enjoy ourselves. Spider-Man: Far From Home was some of the most fun I had at the movies all year. It’s a globe-trotting romp that finds Tom Holland’s Peter Parker teaming up with the sketchy illusionist Mysterio (Jake Gyllenhaal, who is my favorite actor by a Hulk-sized margin) as well as dealing with the fallout of a certain Avengers: Endgame death. If only these two could solve the real mystery of how the fuck my boy Jake G. wasn’t even nominated for an Oscar for his gonzo performance in 2014’s Nightcrawler.

Friday through Sunday, Nov. 1-3, The Marquee at Union South (info)

Harmony Korine has made a career out of making aggressively weird films, and this year’s The Beach Bum is no exception. The stoner comedy stars Matthew McConaughey as Moondog (seriously), a poet and would-be novelist who dresses like an alien who crash-landed in the Florida Keys and is trying to blend in. ANYWAY, The Beach Bum is a meandering affair that never fails to charm, thanks in large part to its lead performance. McConaughey’s second act has been truly fascinating to watch. He’s finally earned his place as a great American artist.

As the voice of Lake Street Dive, Rachael Price has spent her career breathing life into a bygone form of music. Her new duo with composer Vilray furthers that mission, reviving the sultry jazz vocal performances of the 1940s. Price’s Lake Street Dive bandmate Akie Bermiss will open the show.

Some pop singers will bury their voices under layers of production. (Or — gasp!— lip sync.) Not Alessia Cara. The 23-year-old Canadian’s soulful vocals always take the lead, even under the stadium-sized tropes of contemporary pop. And she’s willing to experiment sonically, as she does on “Rooting for You,” a song from her new EP that reimagines Lauryn Hill’s reggae-flecked neo soul for Gen Z. With Canadian pop upstart Ryland James.

There’s a certain power in the minimalism of old-timey music, or at least Rhiannon Giddens seems to have found it. As a member of the Carolina Chocolate Drops and now as a solo artist, the North Carolina multi-instrumentalist can make a handful of sparse instruments sound like a thousand. (Though her commanding vocals certainly help.) After all, there’s a reason she was named a MacArthur Fellow in 2017. To keep things eclectic, improvisational jazz musician Francesco Turrisi will open.

In the pantheon of beloved sitcoms, The Golden Girls ranks pretty high. This touring off-Broadway show recreates classic moments from the series with a catch: It’s all done with puppets. I hope this trend catches on; more shows should be reimagined this way. Imagine Seinfeld with puppets. Or Cheers, or The Fresh Prince, or countless others. The possibilities are endless!