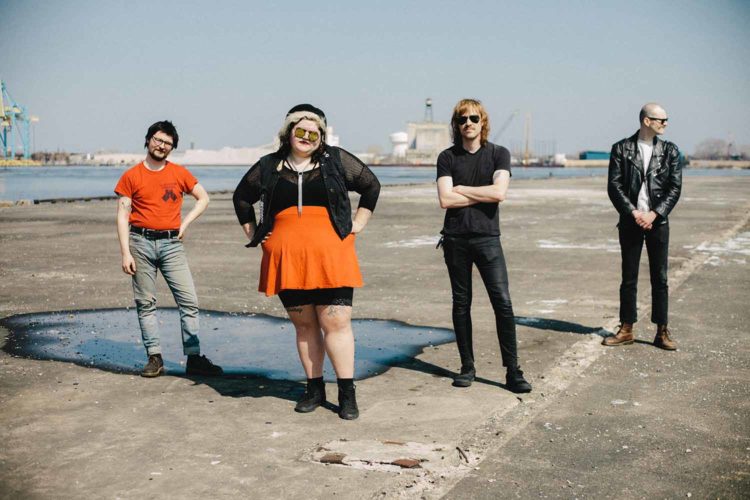 Who wants to ugly cry in public? Despite being a kids’ movie, Pixar’s 2009 classic Up features one of the most emotionally devastating five-minute stretches in any film. But once you get past that, it’s actually an extremely fun movie. Up is about a lonely old man (Ed Asner) who fulfills his late wife’s dream of visiting South America the same way any of us would: tying a shitload of balloons to his house and flying it there. Even among Pixar’s roster of landmark movies like WALL-E, Coco and the Toy Story saga, Up remains the gold standard.

Oklahoma is tornado country, and listening to Tulsa’s Tom Boil is like stepping into one. Their music is a swirling array of guitars and screams, putting punk rock through the shoegaze filter. They’re currently on tour with another Tulsa band: skull-cracking math-punk trio Plastic Psalms. Rounding things out are a pair of Madison alt-rockers, Bashford and Bent Antenna.

Netflix’s Stranger Things is a national obsession. The retro sci-fi series has captivated millions and turned its teenage cast into household names. But perhaps most importantly, it’s reminded us how welcome of a presence Winona Ryder is on our TV screens. Whether you’re a hardcore fan or a casual watcher, ‘Stranger Trivia’ is a chance to test your knowledge of the hit show.

Take David Bowie’s gender-bending glam rock and mix it with Radiohead’s digital anxiety, and the end result is Diane Coffee. The nom de plume of former Foxygen drummer Shaun Fleming, Diane Coffee addresses Fleming’s lingering fears about a techno-pocalypse through sparkling indie pop. It’s an existential crisis you can dance to. And get there early to see Chicago’s surfy post-punks Modern Vices.

Minneapolis’ Real Numbers make indie pop that moves at a brisk pace. It’s full of winding, angular guitars and earworm hooks. Imagine The Vaccines’ short-but-sweet gems filled out with Hold Steady riffs — a perfect microcosm of powerpop. Madison’s Proud Parents will also be in the house to give their own punky take on the genre. It’s a double feature of great Midwestern rock.

Dirty Rotten Imbeciles, more commonly known as D.R.I., are one of heavy music’s most influential bands. The Texas group are pioneers of “crossover thrash,” an amalgam of thrash metal and hardcore punk. It’s a blitz of frenetic shredding and punk’s adrenalized aggression. They’ve also announced their first album since 1995, so keep an ear out for some new material. And D.R.I. aren’t the only legendary band on the bill: New York hardcore kingpins Murphy’s Law will also perform. They’ll be supported by a trio of Wisconsin heavies: Appleton’s Deathwish, Sheboygan’s Toxic Ruin and Madison’s Warbastard.

Mr. Chair is difficult to categorize. The four-piece band is full of classically-trained musicians, and it draws influence from all over the place, including jazz, rock and funk. This is very academic stuff — one of their more notable collaborations is with a UW geoscience professor — but it’s done in an accessible way. This show is bound to teach as much as it entertains, and it also celebrates the release of Mr. Chair’s new triple(!) LP, Nebulebula.

Despite hailing from Chicago, Dead Feathers sounds like they emerged from the desert after a peyote bender. The psych rockers ride on a wave of fuzzy guitars, carried by Marissa Allen’s powerhouse vocals. Add that to darkly trippy lyrics about fun stuff like melting skin, and you have the formula for a modern psychedelic masterpiece. With Madison’s Darker N’ Darker, a two-piece garage act featuring Jeffrey Halleran of Clean Room.

The Brewers are circling the drain, but thankfully the Packers are back to restore some hope. Green Bay will open the season visiting the Chicago Bears and their vaunted defense, led by terrifying monster man Khalil Mack. This game will mark the official debut for new coach Matt LaFleur, the offensive wunderkind tasked with dragging the Packers kicking and screaming into the modern game. Can he pull it off? I sure hope so, because I can’t do another 6-9-1 season.

Madison is an eclectic town, and this year’s Isthmus concert will reflect that. Witty folk singer Pat McCurdy will open things up, followed by queer punk duo Gender Confetti. And headlining is the indomitable WheelHouse, a band that makes whiskey as good as their music. This show will also partner with the Madison Night Market, so you can shop with local vendors while you enjoy the music.

Her hip-hop collective Doomtree hasn’t released an album since 2015, but Dessa has managed to stay pretty busy. In 2018 alone, the Minneapolis rapper and author released the excellent record Chime and a book titled My Own Devices: True Stories from the Road on Music, Science, and Senseless Love. She is one of the most versatile artists in music today, able to perform aggro rap with Doomtree and then turn around and join an orchestra on stage. But wherever that stage is, Dessa always owns it.

Milwaukee’s super-popular funk and soul dance party has finally made the trip west. For more than a decade, The Get Down has been a Beer City favorite. Founding DJ Andy Noble has described it as “gritty soul and funk music… the only types of music that almost all club going Milwaukeans could agree on.” In short: no matter what kind of music you like, you’re going to like this.

1981’s The Evil Dead is a horror classic that cemented director Sam Raimi is one of the most creative minds in Hollywood. With a budget of next to nothing, Raimi and his pals (including Bruce Campbell as the heroic Ash) created a movie that terrifies in its minimalism. It’s a supernatural story about college kids who happen on an enchanted Sumerian tome, turning literal hell loose in the Tennessee woods. Future sequels would lean more into tongue-in-cheek humor, but the original Evil Dead is pure Lovecraftian horror.

Fans of The Mindy Project will recognize Fortune Feimster as Nurse Collette, a positive and energetic presence in Mindy’s manic world. The character isn’t unlike Feimster, a native North Carolianian with a laconic drawl and serious self-deprecating streak. But even when she makes fun of herself, there’s a confidence to it that makes it even funnier. And her crowd work is downright virtuosic — Feimster has a way of connecting with audiences like few others.

They may have cut their teeth in Philadelphia’s DIY punk scene, but Sheer Mag feels arena-ready. Their bombastic, turbo-charged powerpop marries Cheap Trick’s hooks to Van Halen’s superstar swagger — singer Tina Halladay has serious David Lee Roth energy, right down to the flowing golden mane. This band will make you want to get a Trans Am and do donuts in the Walmart parking lot. Sheer Mag released their sophomore album, A Distant Call, in August.

The football Badgers return home after their 49-0 dismantling of the South Florida Bulls for their home opener. The Central Michigan Chippewas are coached by Jim McElwain, known for fielding high-flying offenses at Colorado State before an unremarkable stint at Florida. Also, this will be the first home game since 2005 where no one is forced to look at Nails’ Tales.

If you like heavy music, make a point to check out the third annual Ancient Futures Fest. Spearheaded by Vanishing Kids guitarist Jason Hartman, Ancient Futures — named after an antique shop formerly on Willy Street — is a celebration of doom, psych and stoner rock, bringing in 10 bands from around the country for an all-day affair. Highlights include Vanishing Kids, plus Madison punks Treatment, Rockford psych-rockers White Shape, thundering Philly doomsayers Heavy Temple, and the spaced-out (and occasionally terrifying) Sabbath Assembly.

The Very Best of HUMP!

Sex columnist (and former Madisonian) Dan Savage is a trailblazer. The Savage Love writer has spent the last decade curating HUMP!, a film festival that celebrates DIY pornography of all persuasions, kinks and fetishes. (And before you get any ideas, these films focus more on the humanistic aspect than the skeezy stuff.) To celebrate 10 years of HUMP!, Savage has put together some of his favorite films to screen at the fest. It’s like a greatest hits collection of artistic adult film.

Throughout their career, Jersey punks Titus Andronicus have sought to challenge listeners. Their 2010 breakthrough The Monitor was a sprawling concept album about the American Civil War. But if that’s what’s expected from Titus Andronicus, then their latest LP An Obelisk challenges in a different way. It’s a self-aware ripper that’s both the band’s shortest album and probably their most inspired since 2015’s The Most Lamentable Tragedy. There are no spoken-word interludes or history lessons on An Obelisk, but it still demands a close listen. Support comes from Philly hardcore kids Control Top.

Join hosts Charlie Kojis and Adam McShane for an evening of laughs in the great outdoors (well, the High Noon’s patio). Performers will include a trio of Chicago comics: the pitch black Joe McMahon, self-effacing Lael O’Shaughnessy, and the excitable Nate Burrows. Some of the best stand-ups in the country are based out of The Windy City, and these three are near the top of that list. 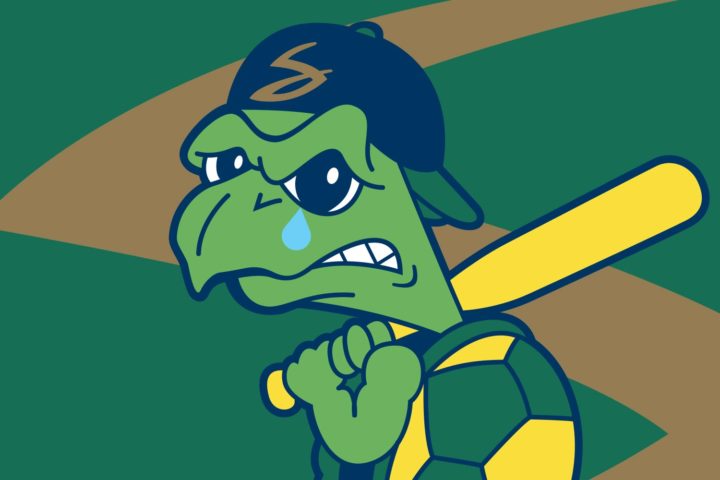