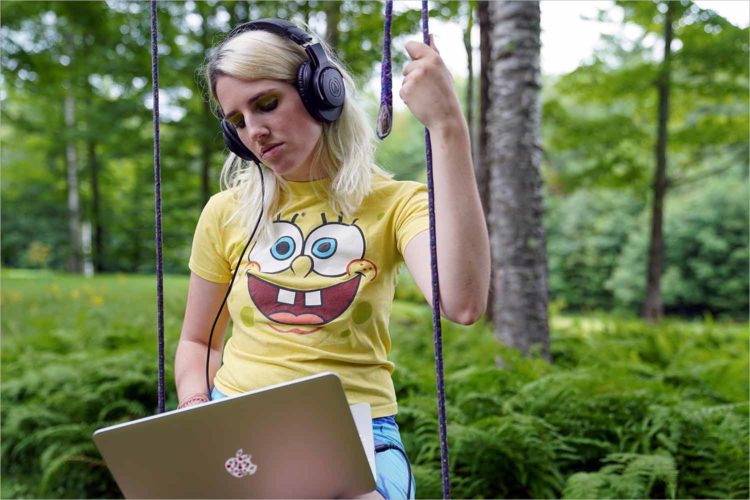 Whether it’s in a recording studio or a drawing table in some dude’s house, everyone wants to be a fly on the wall as their favorite artist works. This event allows for just that, bringing together renowned political cartoonists Phil Hands (Wisconsin State Journal) and Leigh Rubin (“Rubes,” nationally syndicated) to talk about their respective creative processes and riff on each other’s work. It’s like MST3K for political junkies.

Everything about Knocked Loose screams “hardcore,” right down to their super-aggro name. The Kentuckians take their influence from classic punk bands and more modern metalcore, resulting in an unrelenting sound the pummels the listener into the ground. And be prepared because pits at their shows are not for the faint of heart. With support from Orange County metalcore icons Stick to Your Guns, plus Rotting Out, Candy and SeeYouSpaceCowboy.

Pronounced “shade,” the spelling of their name might be the only obtuse thing about Shaed. The trio — friends since they were kids in the Washington, D.C. area — make jazzy electro pop that’s rich in personality. Its buoyant electronic backbeats snap like rubber bands, with vocalist Chelsea Lee practically floating across them. Their most recent release was an EP called Melt in 2018, featuring the hit “Trampoline.” Joining them is experimental pop producer Absofacto.

You don’t have to be a farmer to enjoy the World Dairy Expo. While this is a global showcase for the dairy industry, there’s enough going on to make it worth checking out. Get a behind-the-scenes look at how things get made, as well as previewing new technologies. (And ogle at some cows, one of the most underrated cute animals out there.) Plus, the food is on point. Aside from several tents throughout the grounds, there’s a full-service bar and restaurant called The Tanbark (their hickory-smoked beef brisket sounds amazing).

With We’re Gay, queer punk duo Gender Confetti have a strong contender for Madison album of the year. It’s a hyper-infectious blitz of life-affirming jams, and anyone reading this who hasn’t heard it yet should do so immediately. Adding to the party is E.T. (a synth duo from Minneapolis and not outer space) and Ohio oddballs Planet Jackpot.

In the shit-kicking tradition of Drive-By Truckers, Lee Bains III & the Glory Fires are putting Alabama on their backs. The Birmingham quartet uses a combination of swampy rock and punk to address what DBT once called “the duality of the southern thing.” It shows affection to the state without glorifying its regressive political tendencies. Bains, a former member of Yellowhammer State rock lifers The Dexateens, delivers social critique that will make you want to party. Also visiting from below the Mason-Dixon is lo-fi folk crew Nana Grizol. Madison’s Rocket Bureau rounds out the bill.

Madison trio Bad Philosopher is jazz gone electric. Mr. Chair’s Jason Kiel leads the group, who combine influence from funk, rock and pop to create a modernized take on a genre that’s never gone out of style. But with Bad Philosopher, the music is undeniably stylish.

Pollinators are one of the great Madison bands who aren’t technically Madison bands anymore. Formed here in 2015, the band was a fixture of the scene until 2017, when frontman Tom Teslik moved back to his hometown of Moline, Illinois. But he kept the band going with a rotating cast of musicians, and they’ll appear here in support of their long-gestating debut full-length. With a pair of local rockers, Heavy Looks and Momotaros, plus a solo set from Neens.

Make no mistake, New Jersey native Jessica Kirson has a caustic sense of humor. But there’s a warmth in her delivery that makes even the sharpest barbs go down smoothly. If her voice sounds familiar, maybe you’ve heard her making prank phone calls on The Howard Stern show. And fun fact: Zach Braff is her stepbrother. One day you’ll be on a game show, and you’ll thank me.

The Prophecy is the modern art world’s answer to Mad Max. Artist Fabrice Monteiro has created a collection of eye-popping characters from “oil spills, garbage dumps and dry landscapes,” then takes a photo that seems to be from some horrifying future. With The Prophecy, Monteiro hopes to empower us into avoiding that environmental dystopia. The opening reception is Oct. 4; the exhibit runs through Jan. 5, 2020.

If you thought Awkwafina was only a good rapper or comedy actress, prepare to reorganize your opinion again. 2019’s The Farewell stars the performer (born Nora Lum) as Billi, a Chinese-American aspiring writer who’s at a personal crossroads. Her grandmother is dying, and her family is both A) keeping it from her, and B) scheduling a wedding as an excuse to see her one last time without telling her.

As a rule of thumb, you shouldn’t miss a chance to see Seasaw. The Madison indie pop duo always puts on a show that’s full of exuberant, slyly funny indie pop. Joining them here is Gully Boys, a high energy Minnesota trio who recently wrapped up a tour with Madison’s Gender Confetti. Rounding things out is a performance by Luree, the new project from Oh My Love’s Hannah Luree.

You’ve probably never seen a band quite like The Eradicator. The Chicago punks combine Fucked Up’s brainy hardcore with Thin Lizzy’s bar rock riffs, but filter it through an off-kilter lens. The mysterious group is fronted by balaclava-clad squash player — which fans of cult Canadian sketch show Kids in the Hall may recognize as THE Eradicator. Yes, this band’s entire schtick comes from a 1989 comedy bit. They’ll be opening for Chicagoland pop punks The Brokedowns, with Madison’s Pep Talk and Beloit’s Middle Aged Overdose also slated to perform.

Chicago cover band Rod Tuffcurls & The Bench Press is a force of nature. By that, I mean the group rolls into a town, sweeps up everything in its path, and hurls it into a maelstrom of party. They’re doing two sets, so expect double the good times and, like, quintuple the drunken singalongs.

Seth Haley, aka Com Truise, wants you to relax. His melodic synths are enveloping and chilled, even when they sound like 1980s coke jams. It’s the kind of thing you’d expect to hear at some back alley dive bar in Blade Runner. It might be an oxymoron, but the best way to describe Com Truise is “a futuristic throwback.” With a pair of blissed-out electronic acts, ford. and Thoma.

What began as an excuse for a group of friends to hang out and play music has morphed into one of the Midwest’s finest jam bands. Chicago-based Mr. Blotto has amassed a hefty catalog of originals and covers, including their takes on artists as diverse as The Flaming Lips and Willie Nelson. Seeing Mr. Blotto is like hanging out with a group of close friends, albeit friends who can seriously wail on their instruments.

Tennessee rockers The Black Lillies are a lot like Eagles. Mixing radio ready harmonies with dusty guitars, the band is a perfect distillation of ’70s folk rock. This is cinematic, sandblasted alt-country. It’s not hard to imagine Walter White RV barreling down a New Mexico highway to the tune of “Midnight Stranger.” Support comes from thoughtful Montana folk singer Wes Urbaniak.

Between the neon hair and the sing-songy delivery of her delirious pop, and you’d think Sir Babygirl stepped straight out of an old Nickelodeon cartoon. The musician born Kelsie Hogue has an innate ability to call to mind afternoons home from school without letting the sense of nostalgia override her talents as a performer. She released her debut album, Crush on Me, in February. Opening is Nyssa, another pop singer who is to ’80s bombast what Sir Babygirl is to ’90s kitsch.

When a Beatles album turns 50, Get Back Wisconsin gets to work. The tribute act puts their own spin on it, adding a full orchestra to give the classic songs a masterful touch. Here they’ll perform Abbey Road, which just hit the big 5-0 on Sept. 26. Plus, it’s The Beatles. There’s no way The Beatles can be bad. Even Ringo’s contribution to Abbey Road slaps (“Octopus’s Garden”).

Milwaukee rapper Juiceboxxx is a fascinating individual. With an arena-sized stage presence and punk rock attitude, he’s a consistently inventive live act who demands your attention. In the Wisconsin scene, Juiceboxxx is nothing short of a legend. There’s also a great book about him called The Next Next Level that you should definitely add to your reading list. Support comes from eccentric Beer City wildman Rio Turbo and Madison synth punks Cave Curse.

Bowling for Soup + Less Than Jake

Apparently, middle school Tom is booking tours now. I remember wearing out my Bowling for Soup CD, listening to their hit “Girl All the Bad Guys Want” on repeat. Good times. (Just kidding, middle school was a hellscape.) But I was always a ska kid at heart, and to this day Less Than Jake still finds its way onto my playlists. Along with The Mighty Mighty Bosstones and Reel Big Fish, LTJ’s closer-to-punk ska has the ability to instantly take me back to nights spent eating pizza, watching Late Night with Conan O’Brien and making prank phone calls. I was really cool, if you can’t tell. Long-running Arizona punk band Authority Zero will open.