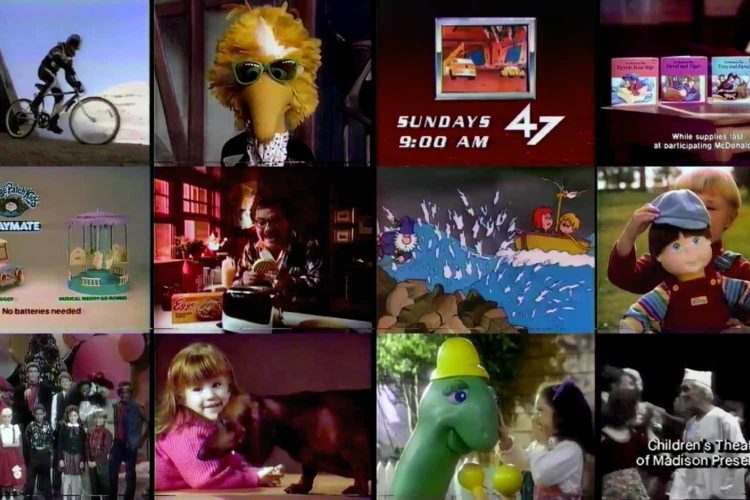 I am housebound right now, so I have a lot of time on my hands. In between attempts to bake, make crafts, and get my ass kicked by the tweens on Fortnite, I’ve been doing a whole lot of nothing. So why not watch a half-hour of TV commercials from the ’80s?

There’s a certain charm in old ads, which manage to capture aesthetic better than a lot of major films and in a fraction of the time. They are time capsules of our wants and needs, and fond reminders of all the stupid fads that have long since gone out of style.

Uploaded by YouTube user “Mitchell’s Video Vault,” the kid-heavy commercials from December 1986 aired during Scooby-Doo on WMSN in Madison. (The station, which launched six months earlier, is now colloquially known as Fox 47.) Some of my personal highlights are discussed below.

0:00-0:30  I was born five years after this ad aired so it was obviously a different iteration, but I distinctly remember going to see Sesame Street Live! as a kid. I also recall it being far less scary than the Mighty Morphin’ Power Rangers World Tour, though I got a free plastic sword that lights up from that one so I guess it evens out.

‘The Year Without a Santa Claus’

3:31-4:00  Does this mean Walton Goggins succeeded in murdering the big guy?

4:11-4:41  The golden age of fast food toys was 1985-2000. Unfortunately, this freebie is a book (promoting An American Tail) which is kind of lame. If I’m five years old, I don’t want a book. I want a cheap piece of crap that’s going to break within minutes. Also, Ronald McDonald is creepy as hell. How was that ever a thing?

4:41-5:10  This is the kind of bike a cool kid from a Nicktoon would ride. I want to build a ramp in the street and do jumps with it while blasting Sum 41 and Good Charlotte. It’s sick / gnarly / tubular / all of the above.

6:12-6:41  Transformers was my life as a kid, and I recently had the pleasure of rewatching Transformers: The Movie, an ’80s spectacle way more fucked up and weird than I remember it being. Several main characters died violently in the first few minutes, including Optimus Prime. He turned gray when he passed, which is a very upsetting way for a child to encounter mortality. And at one point, the character Grimlock said “me Grimlock kick butt” and then kicked a hole in a guy’s butt. And the guy who got his butt kicked was Orson Welles, in his final role. Five stars.

8:21-8:50  A cereal so good that two children almost died at sea trying to get it. But it was discontinued twice — the first time just two years after this ad aired. Those kids wasted their lives.

10:27-10:57  It’s extremely sad we as a society have spent decades enabling the Trix rabbit. He clearly has a serious addiction problem, and we’ve done nothing to help him. What I’m saying is we’ve failed the Trix rabbit.

12:52-13:22  I’m gonna need someone to make me a video of the buggy rolling around to “Sittin’ Sidewayz” by Paul Wall featuring Big Pokey, stat. 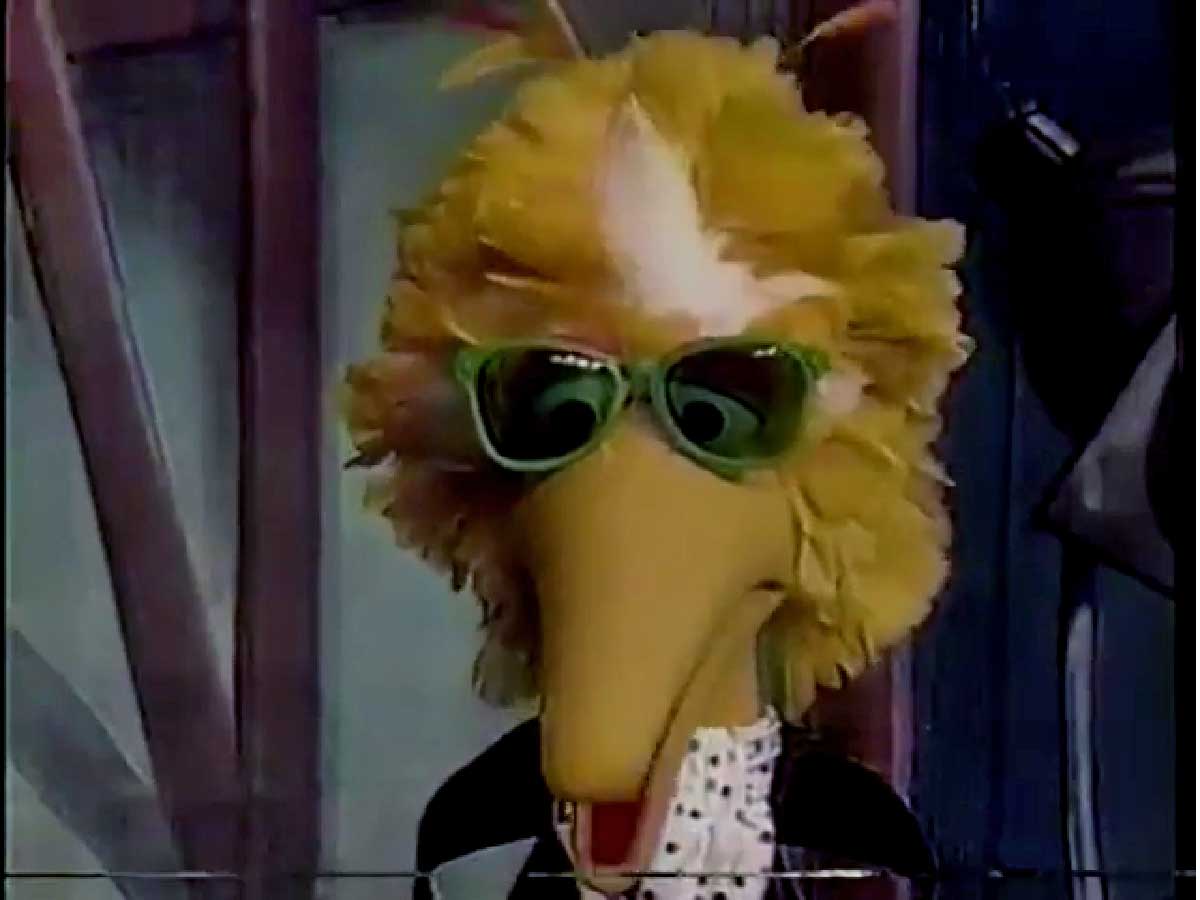 15:01-15:29  Another ad for Sesame Street’s visit to the Dane County Coliseum. I hope a story about Big Bird being an ’80s movie director includes him getting super addicted to blow and bankrupting a studio trying to make a three-hour religious allegory that stars Elmo.

23:51-24:19  Who needs a bear this big? I have one that size in Animal Crossing, and it seems like a bit much even in a virtual world populated by kind animals. And what’s going on with the Wes Craven prosthetics on the elf? A lot is going on here.

Putting on the Kids

24:20-24:51  The name is almost as terrible as participant and former Growing Pains star Kirk Cameron!

26:43-27:13  The shot of the little girl walking the string of stuffed dogs is one of the saddest things I’ve ever seen. Just brutal.

27:14-27:44  The cereal itself doesn’t look too bad, but what kind of a lame-ass prize is a roll of Lifesavers? No wonder you’re not around anymore, Circus Fun. You should be ashamed.

33:22-33:52  Not only does this sound like decent cereal, but both of the jingles slap. My only question: why did they make the marshmallow fuckable? It didn’t need to be. It’s a marshmallow.