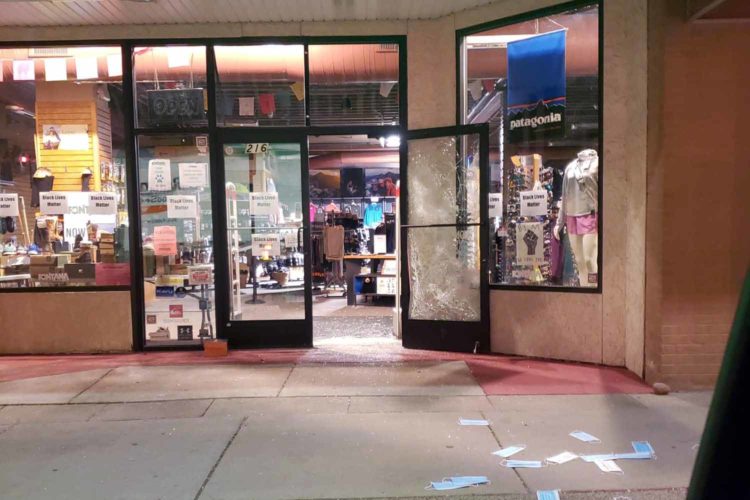 After peaceful protests gave way to riots in downtown Madison last weekend, Paulo Delgado saw the damage and knew he had to do something. He noticed that Michael Johnson, president and CEO of the Boys and Girls Clubs of Dane County, was involved in organizing the cleanup, so Delgado reached out to ask how he could lend a hand.

Three days and one GoFundMe page later, Delgado has helped the Boys and Girls Club raise more than $170,000 via 3,000+ donors. The Downtown Emergency Relief Fund will provide aid for 75 damaged businesses, more than half of which are minority-owned.

Small business owners have responded in a variety of ways to the devastation their stores faced. Many adamantly support the protests and the Black Lives Matter movement as a whole. For example, Fontana Sports previously displayed signs to express solidarity with the movement. Still, the store was broken into three consecutive nights and lost tens of thousands of dollars worth of merchandise. (It’s also set up its own GoFundMe campaign.)

💔Art Gecko State got hit pretty hard last night. Our hearts are heavy with the rest of State Street, The United States, and the World.💔 – ⏸We will be closed until further notice⏸ – #blacklivesmatter #justiceforgeorgefloyd #isthmusmadison #madisonwisconsin #statestreet

Some fear the peaceful protesters’ message is getting lost in the violence of the rioting. “Justice needs to be served for what happened (to George Floyd in Minneapolis),” Geoff Kopski, owner of Freedom Skate Shop, told the Wisconsin State Journal. “It sucks that small businesses and people like that are being impacted, but the message needs to get there.”

“We need to break the cycle”

Delgado is heartened by Madisonians’ ability to support one another through such tumultuous times. He says both the peaceful protests and the hundreds of volunteers who have helped clean up downtown Madison show the power of the city to address important issues as a united front.

“I’m encouraged by the way the community has come together to really tackle some of these problems,” Delgado says. “But going forward, there needs to be a real dialogue about the underlying issues.” He stresses the importance of fixing these problems and addressing systemic racism “not because our hands are forced, but because we want to. Otherwise, stuff like this is going to happen again. We need to break the cycle.”