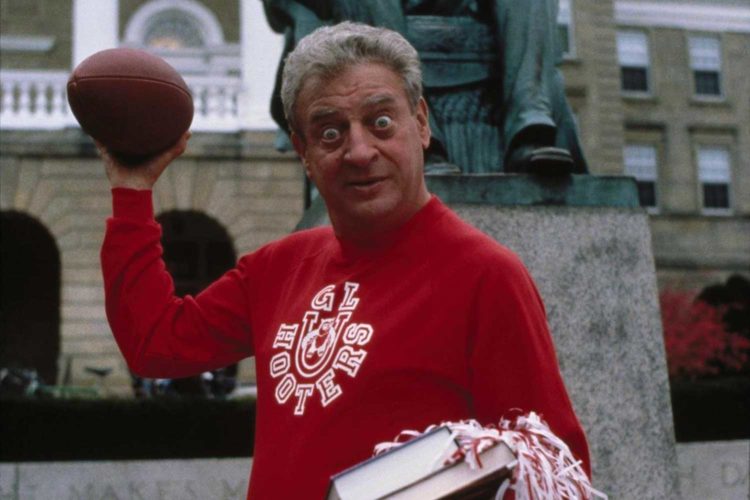 While Madison has cameoed in all our movies so far, Back to School marks a promotion from supporting player to starring role. And unlike our previous entries, the Capitol only appears in the distance. Instead, attention is placed on the picturesque university campus.

Set at the fictitious Grand Lakes University, the 1986 film stars Rappin’ Rodney Dangerfield as Thornton Melon, a business magnate who joins his underachieving son (Keith Gordon) at college as a means of motivating him to not drop out. Because nothing says “fun college time” like “elderly father.” Robert Downey Jr., William Zabka, Sally Kellerman, Ned Beatty and Sam Kinison co-star. (Officially the most ’80s cast in film history.)

How the production came to Madison is itself a charming story. While scouting locations, director Alan Metter overheard a girl on the Southern Methodist campus say, “God, I wish I was home this weekend.” He asked her where home was, and she said Madison. Metter and the production team flew here that same weekend, and a decision was made: Back to School would be (partially) shot in Madison. 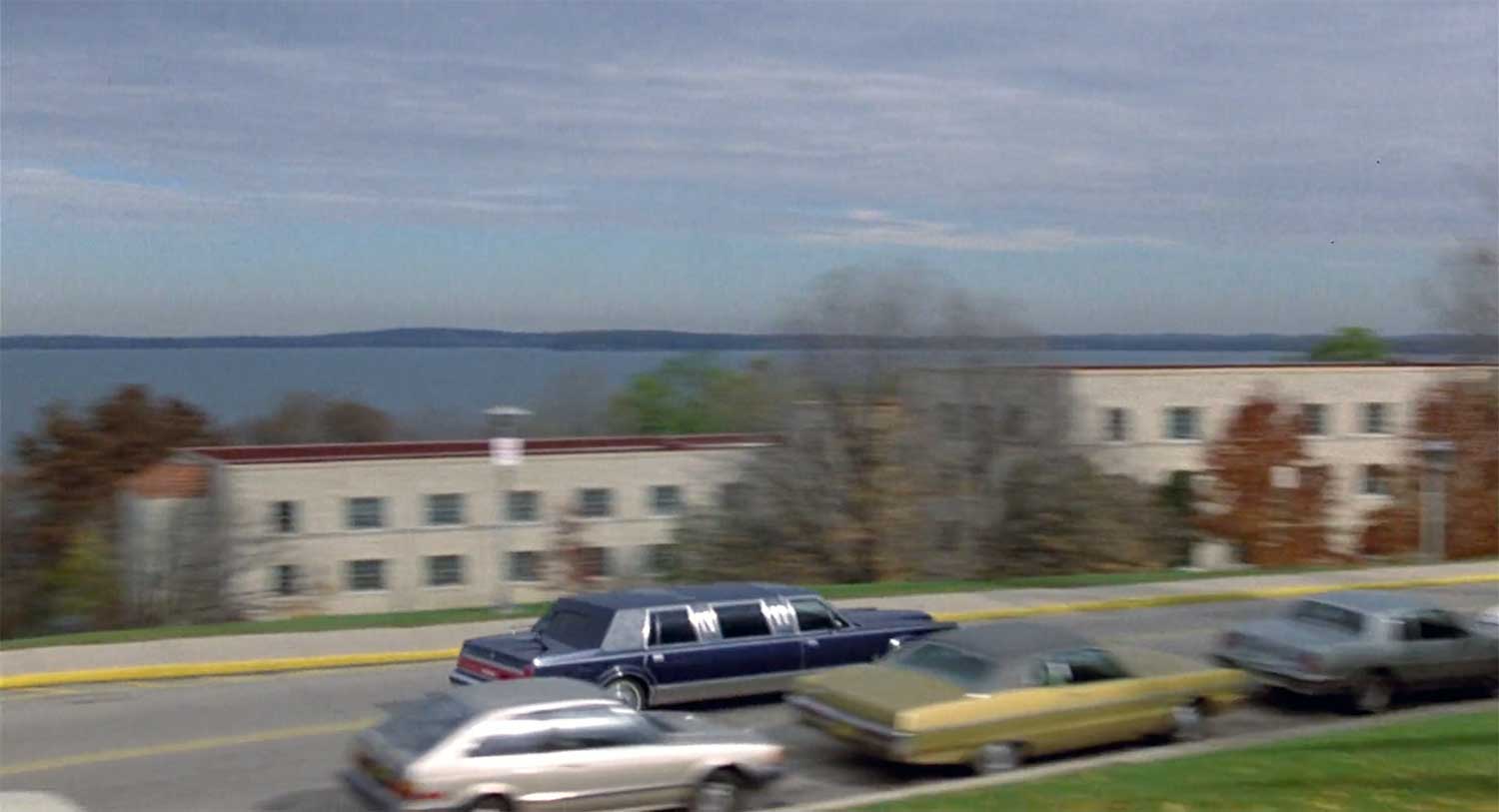 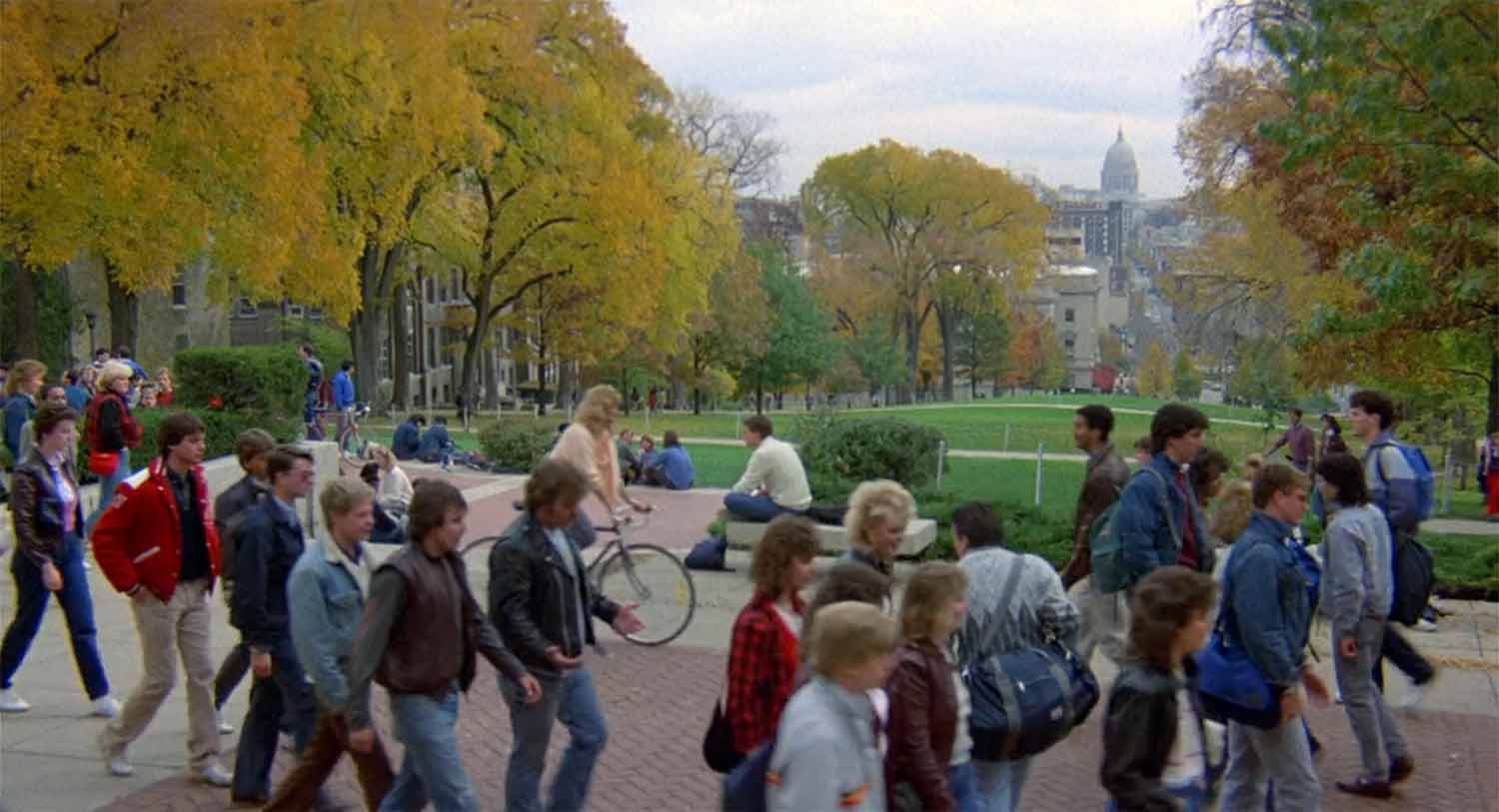 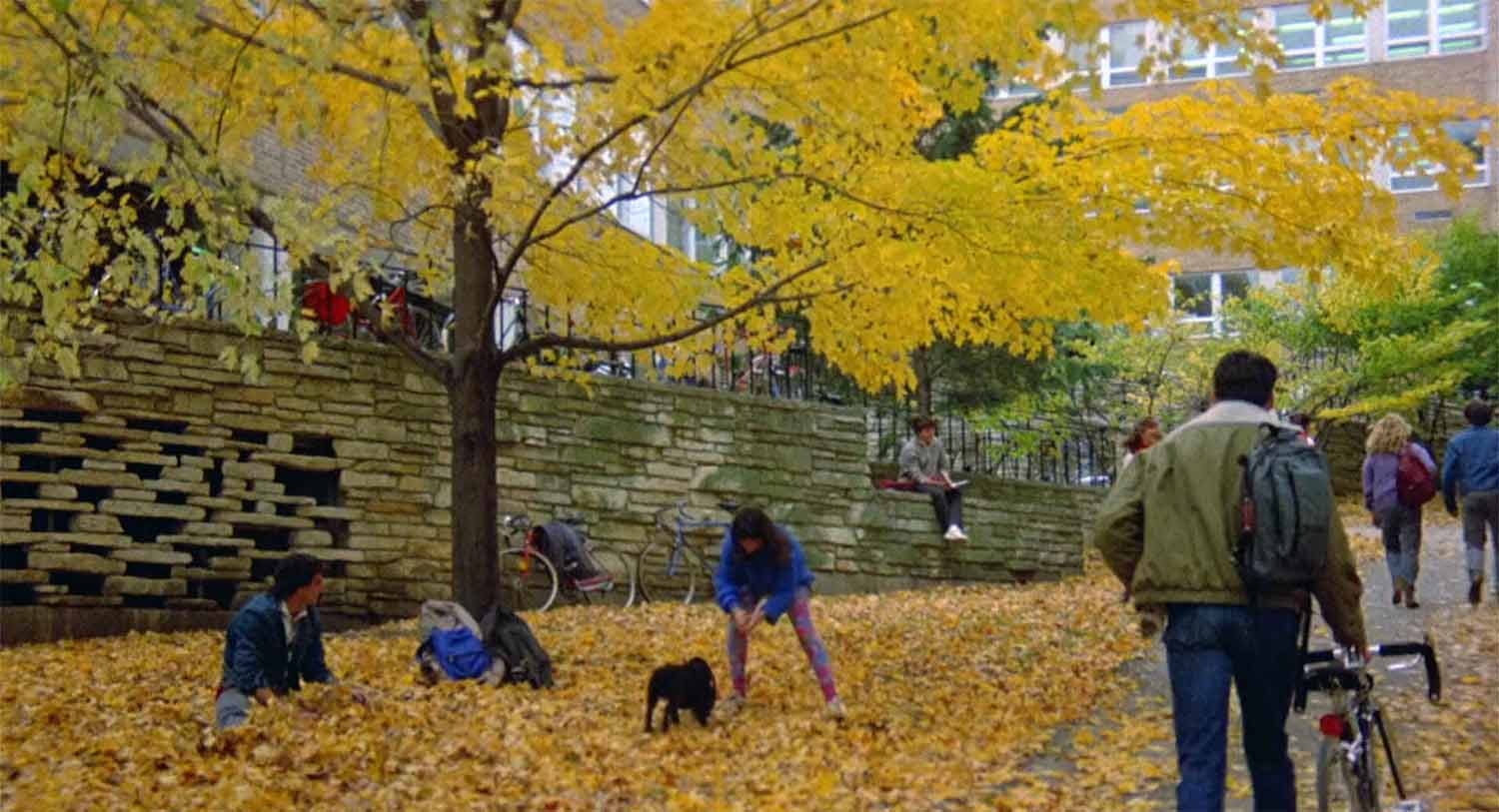 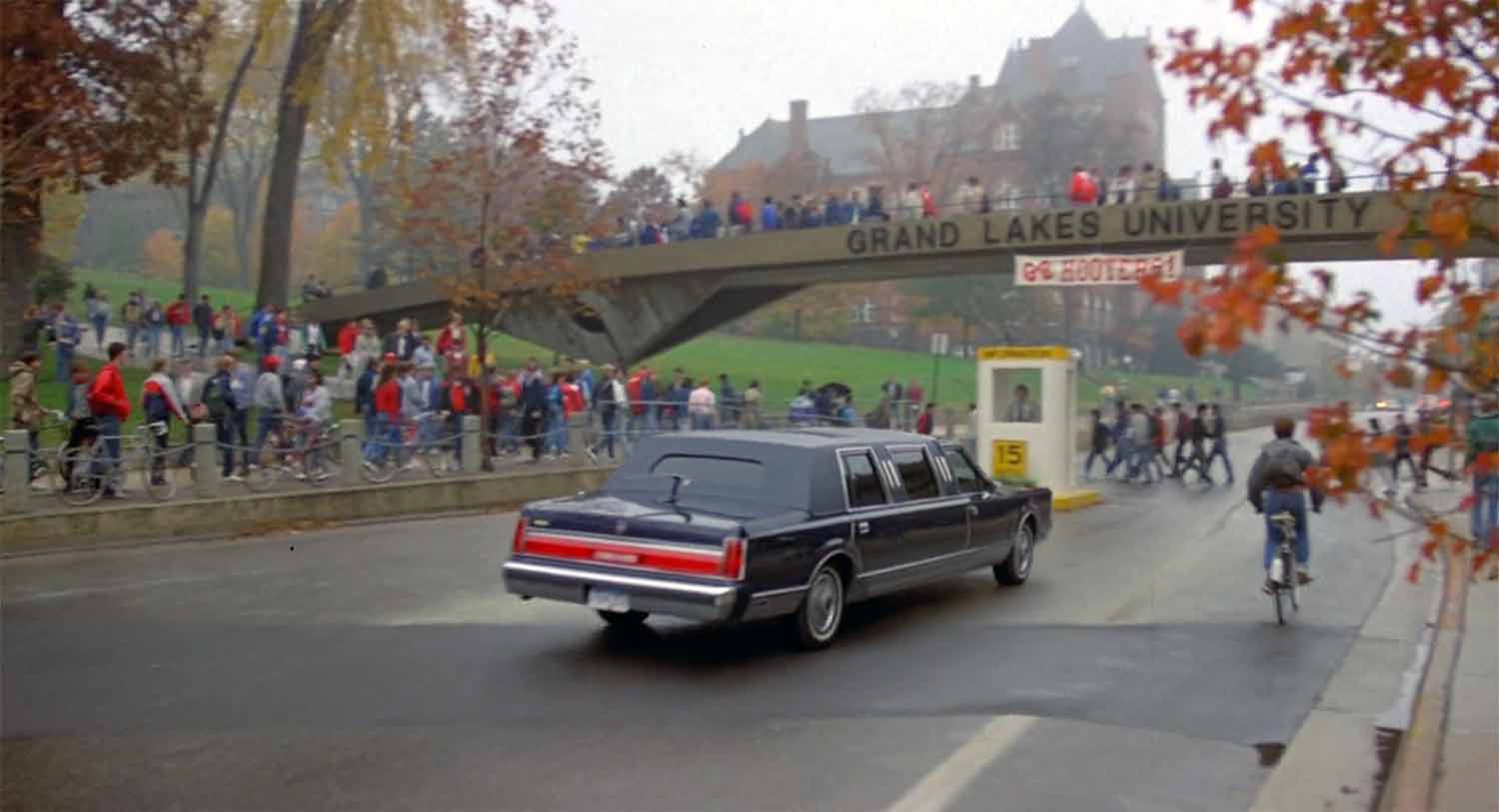 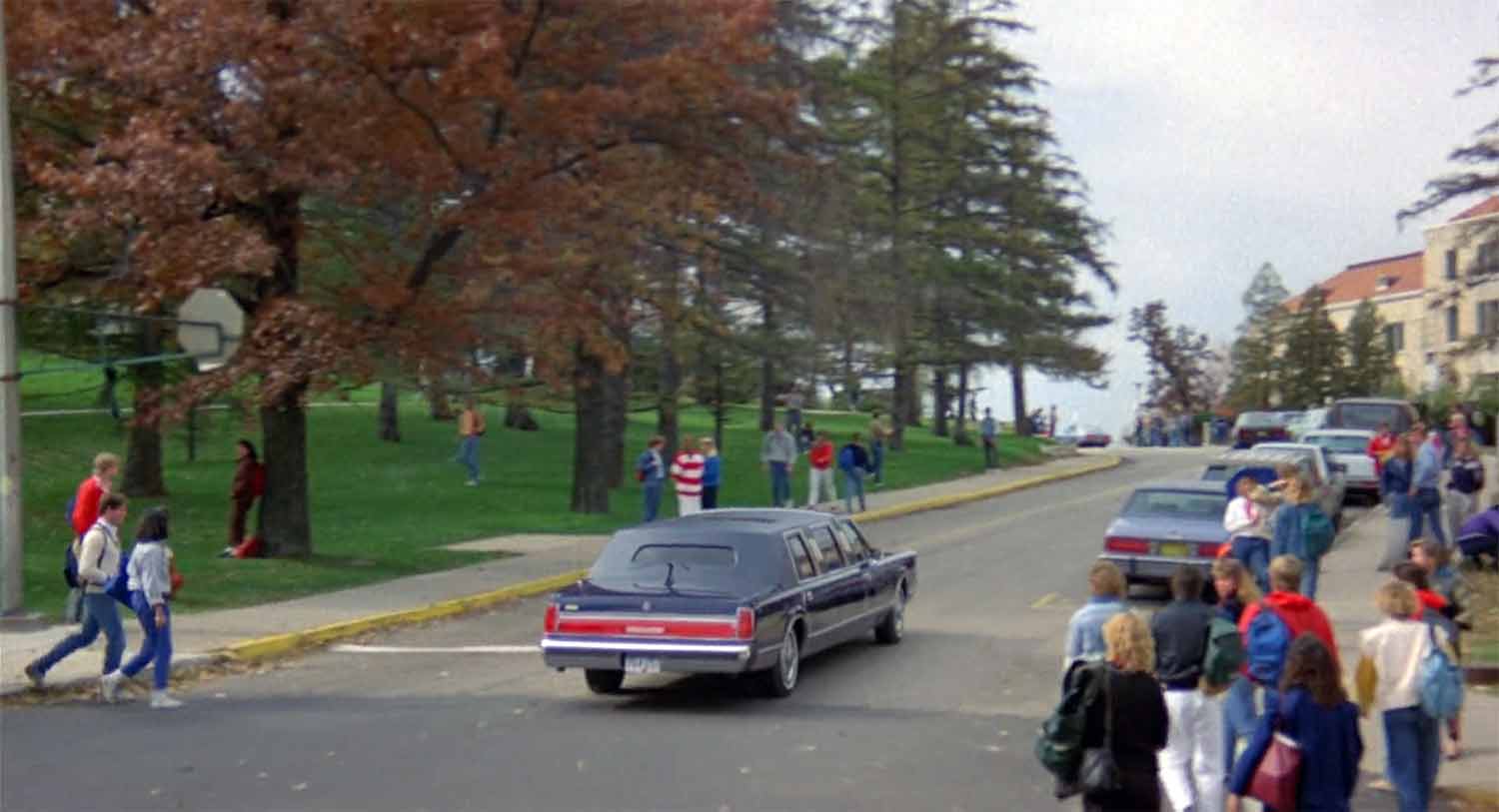 Several exterior UW locations feature prominently in the movie, starting around the 14-minute mark. We get a quick look here at some local landmarks, such as Lake Mendota, Liz Waters and Bascom Hill. And of course the Park Street footbridge, which my dad likes to point out as the “Back to School bridge.”

A few minutes later, we visit Library Mall for a quick chat between Thornton’s son Jason and his roommate. Soon after, Thornton and Jason walk ’n talk on Bascom Hill. Science Hall and the Education Building are seen in the background. 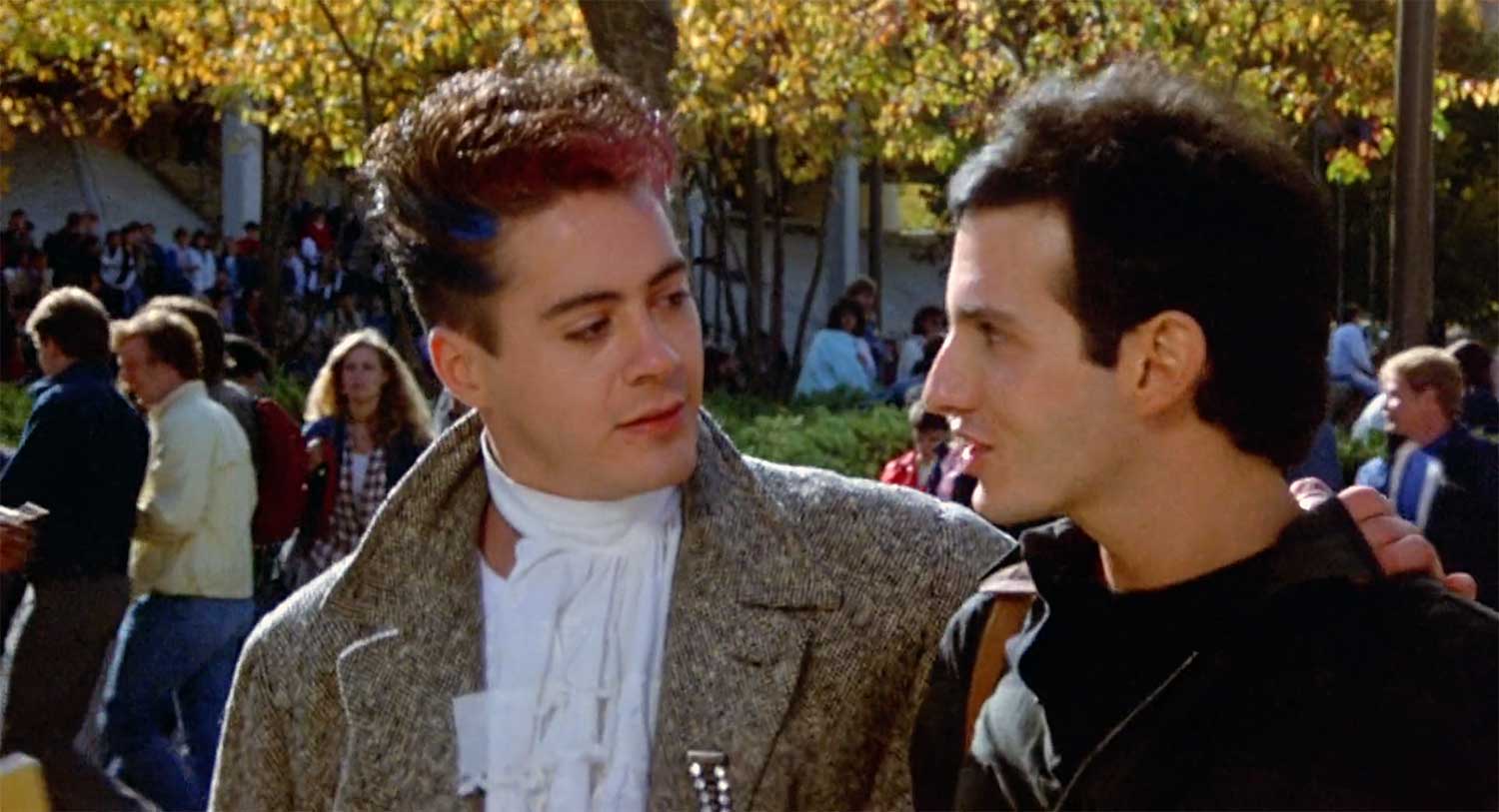 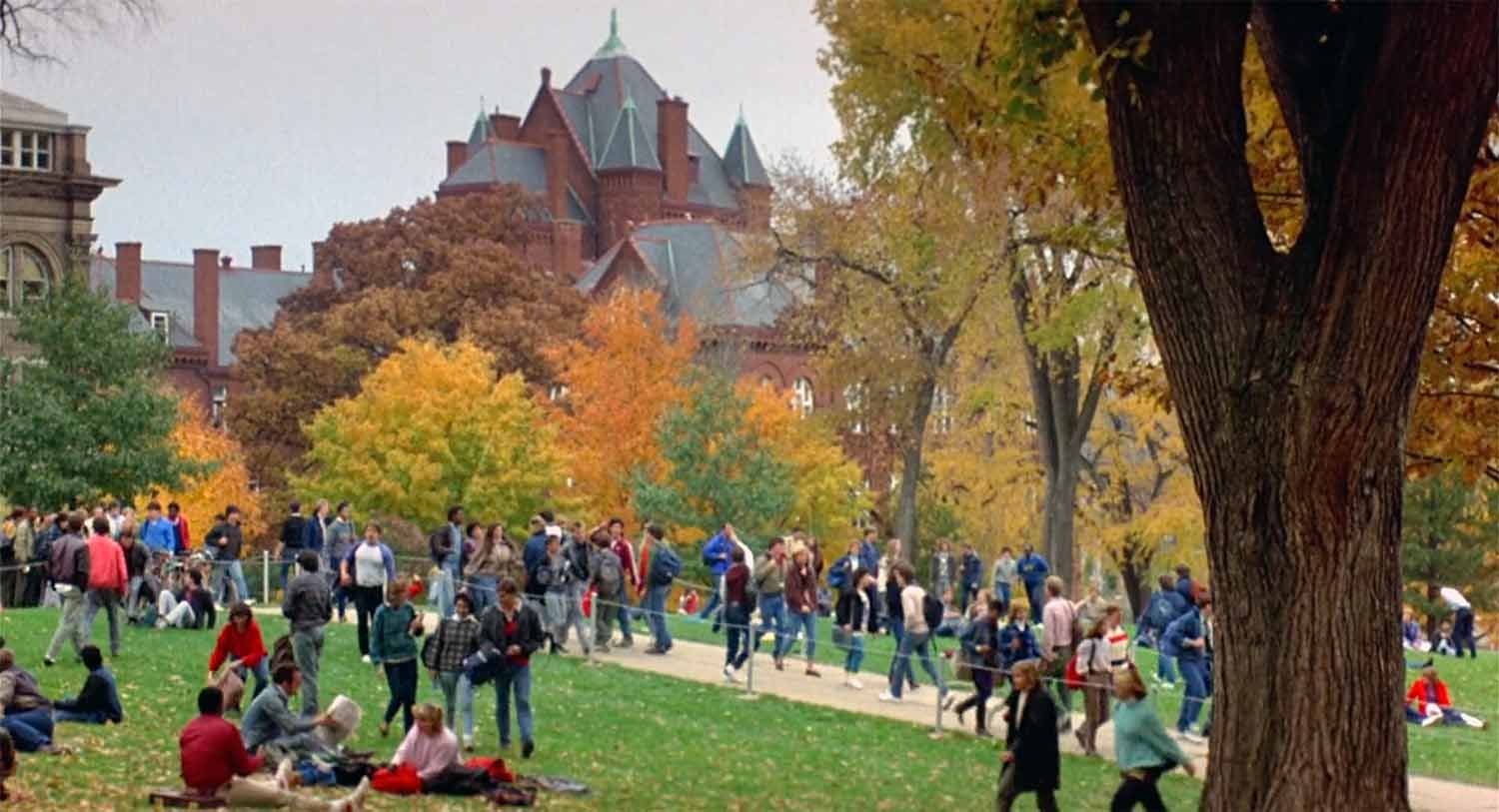 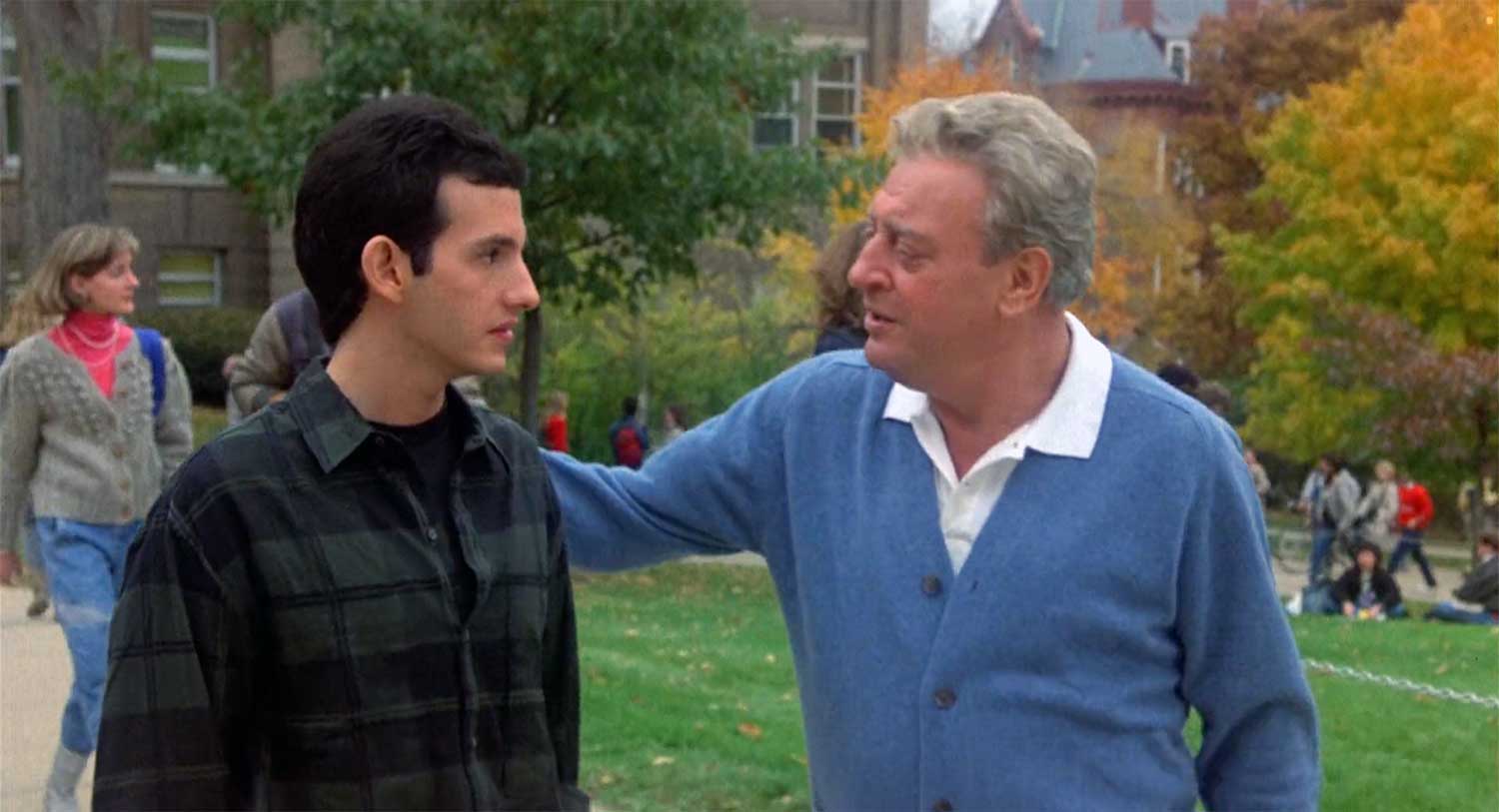 Class is finally in session around the 28-minute mark when Thornton and Jason take in a business course. Here, Thornton makes himself a semi-powerful enemy in the snooty Dr. Philip Barbay (Paxton Whitehead). At around 36:30, Thornton, Dr. Diane Turner (Kellerman) and Barbay visit a much different looking Memorial Union Terrace. 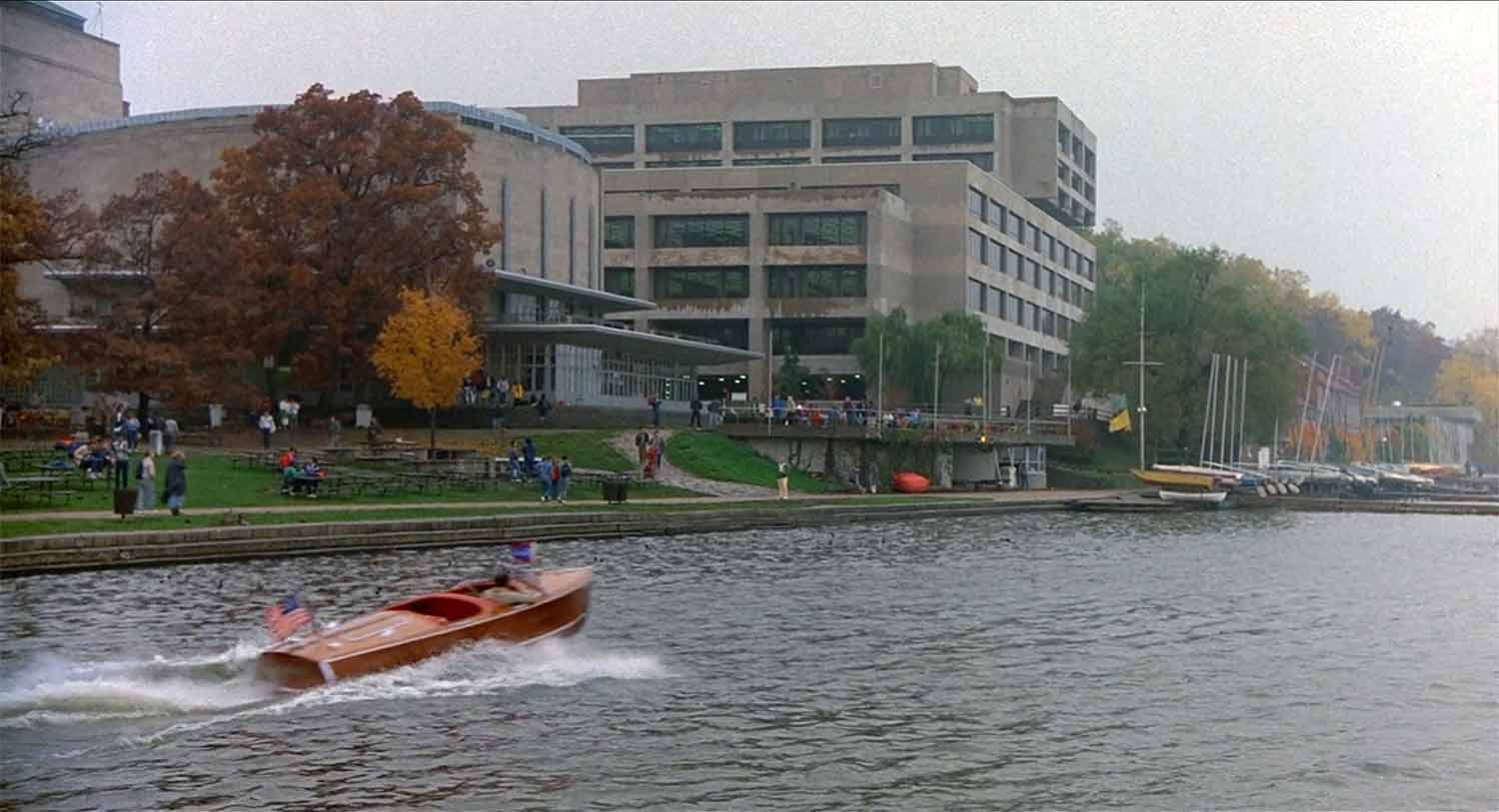 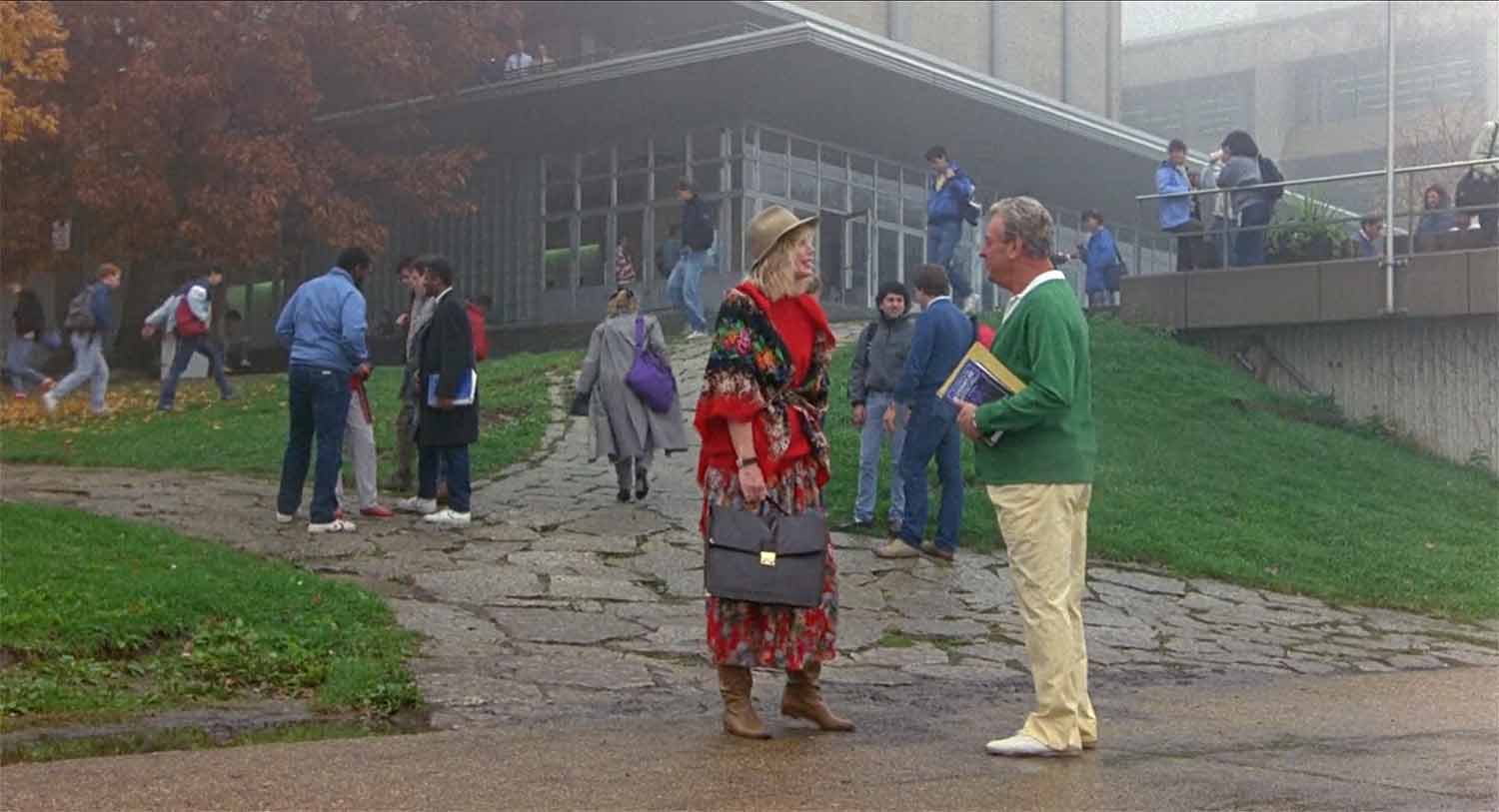 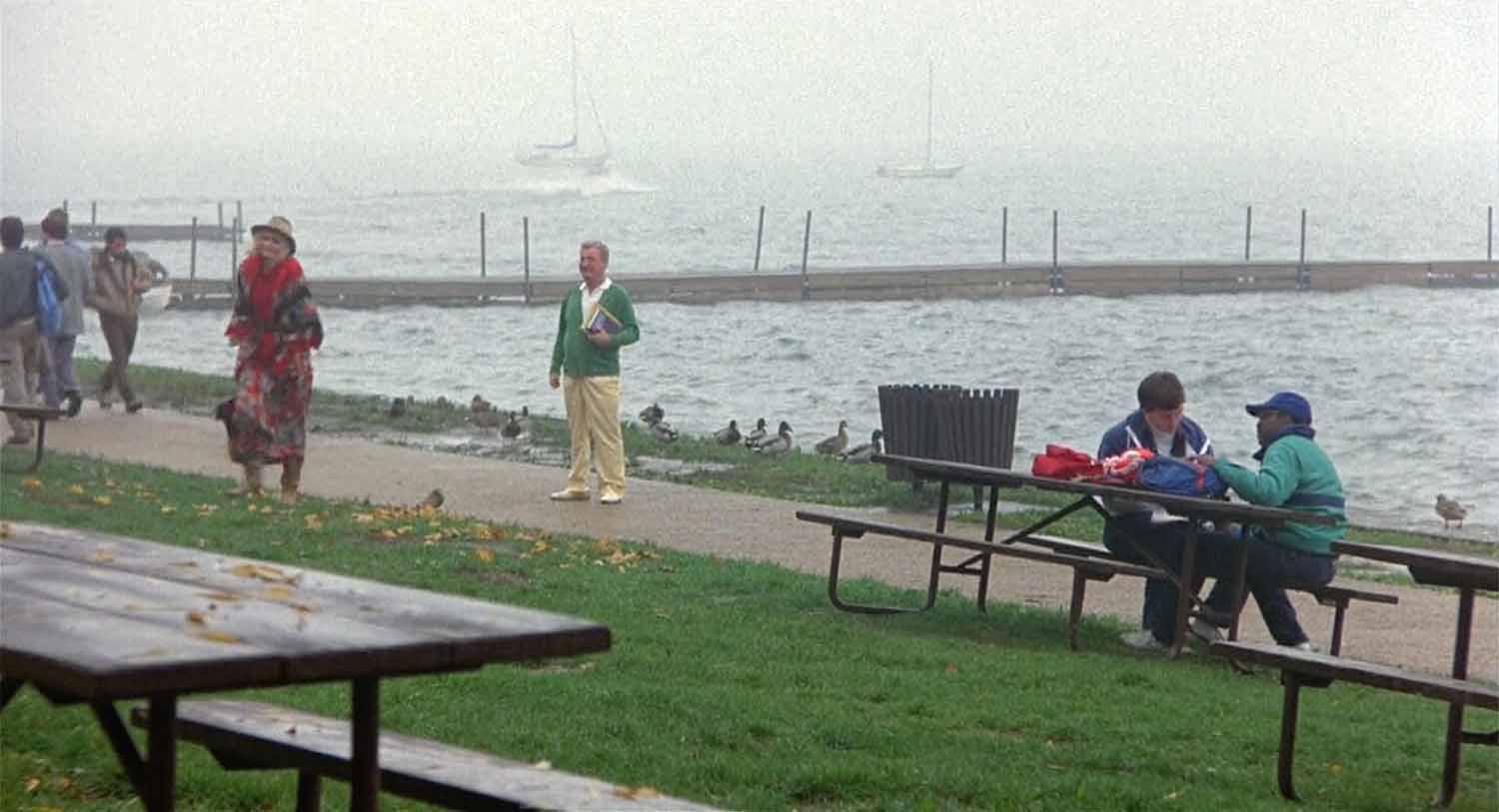 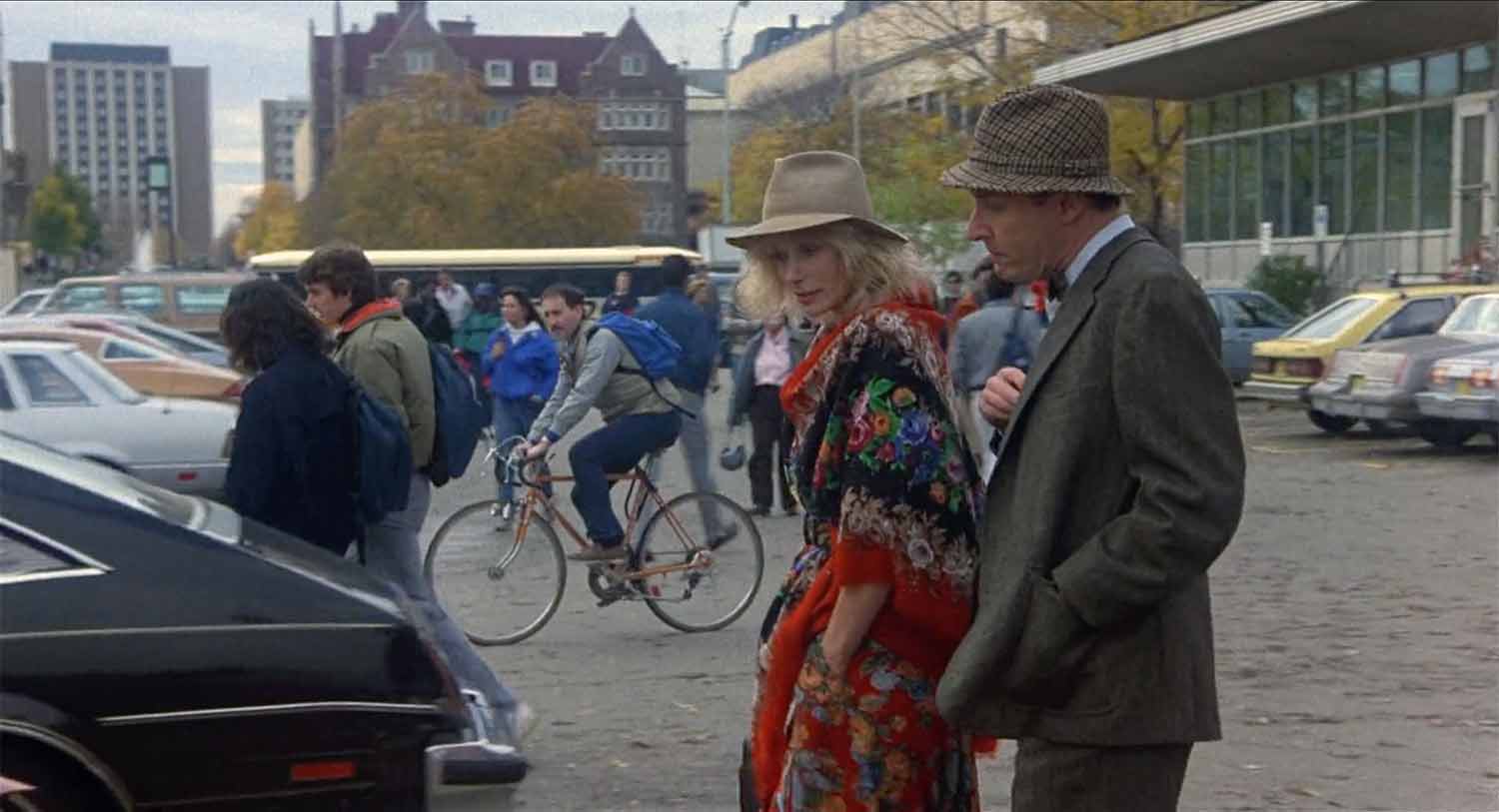 Like many undergrads, much of Thornton’s experience is spent drinking. While Jason studies, the elder Melon goes out to raise hell at a campus bar. Later, Thornton goes to babysit some chimpanzees at the science lab. A few other UW locations make quick appearances here in the middle of the film, including Slichter Hall and returns to Library Mall and Bascom. 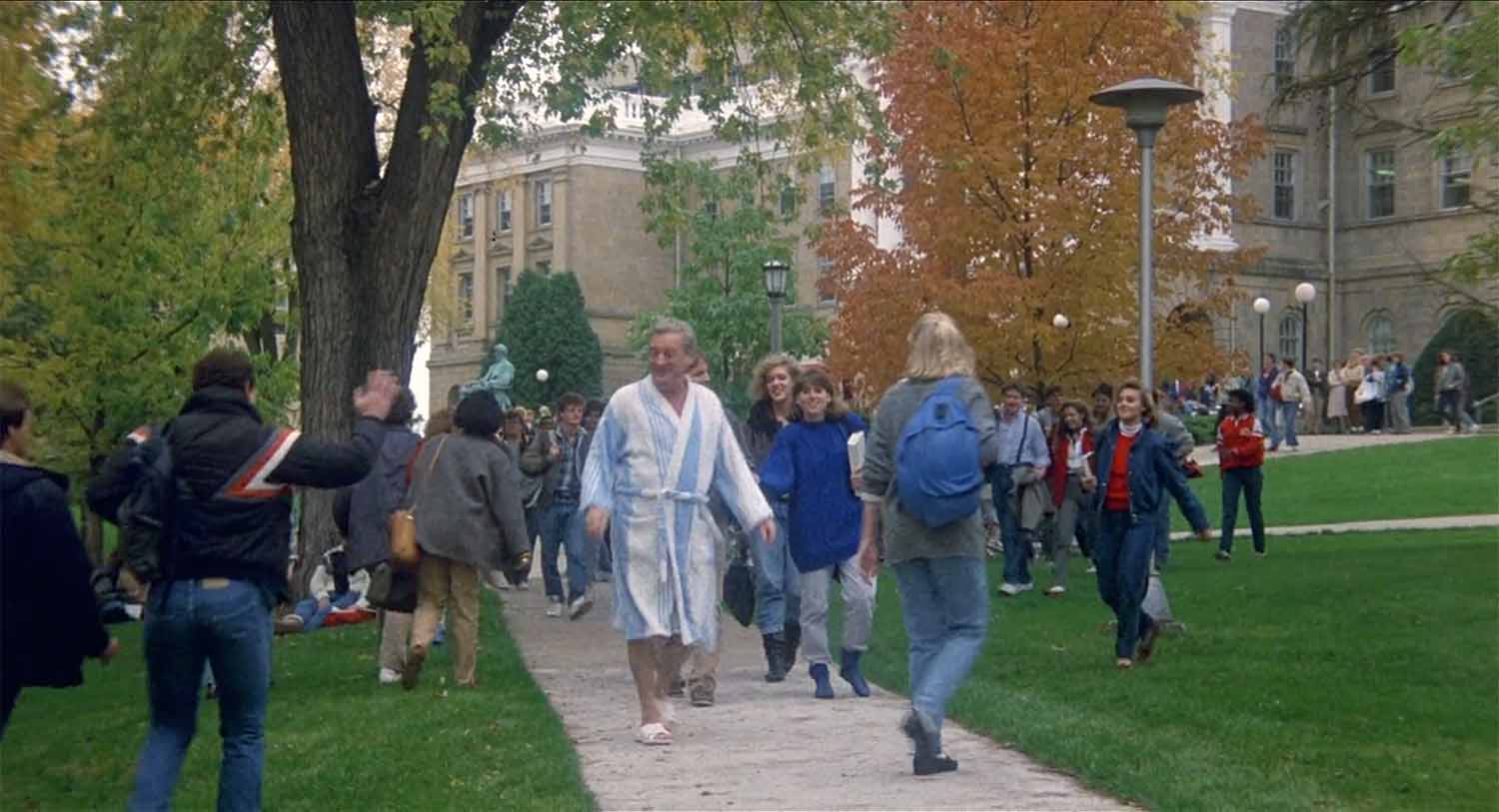 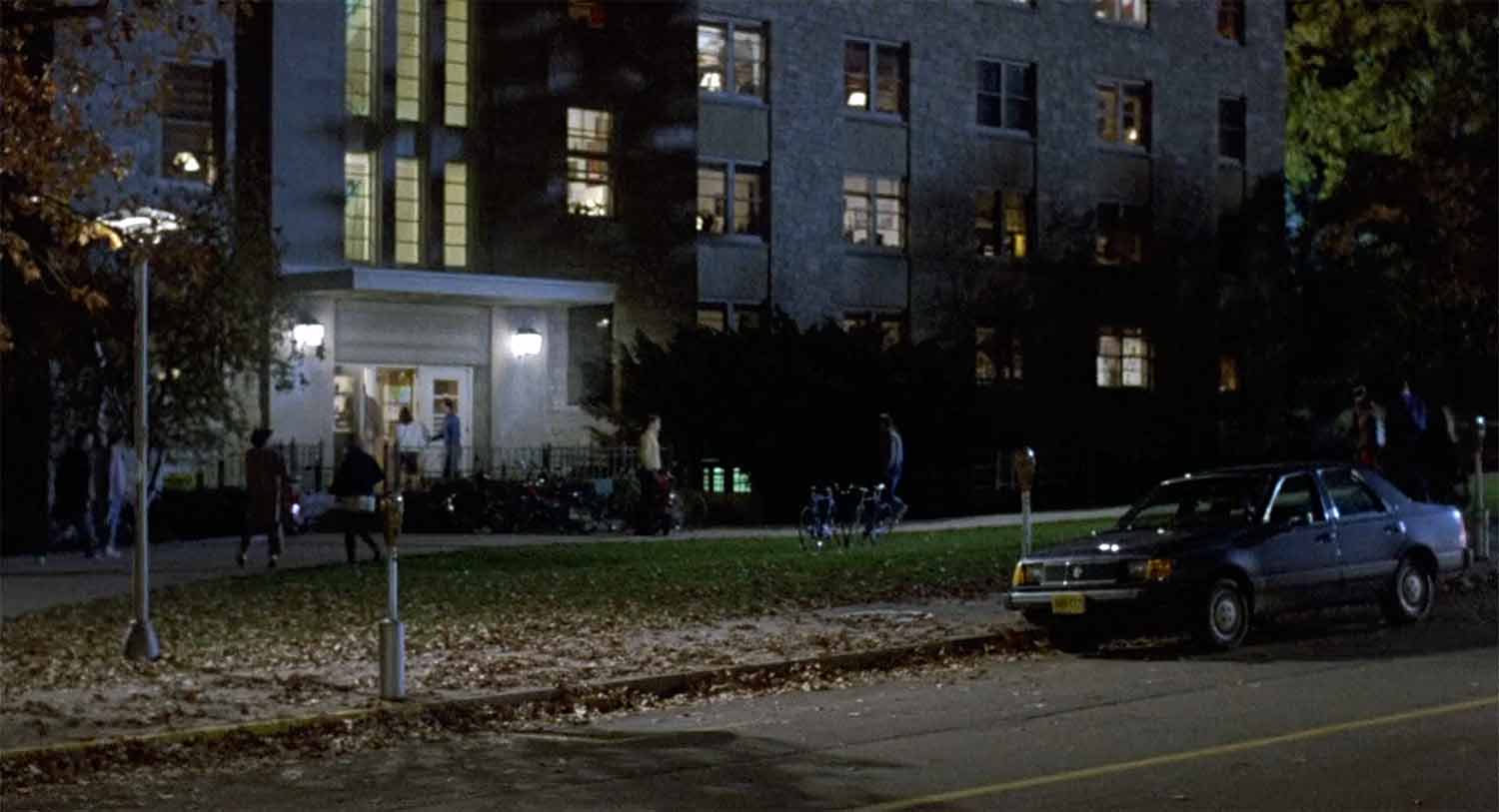 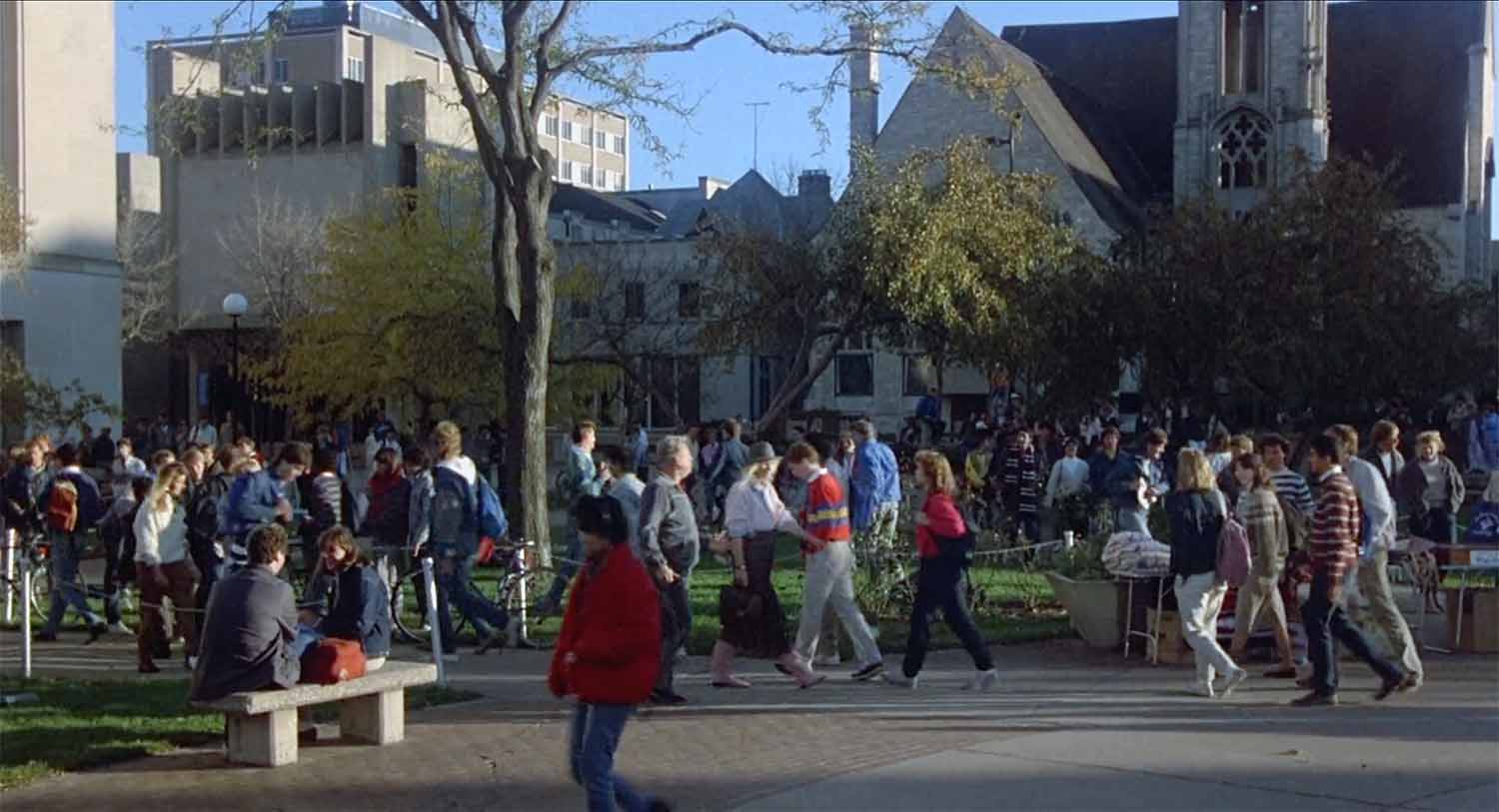 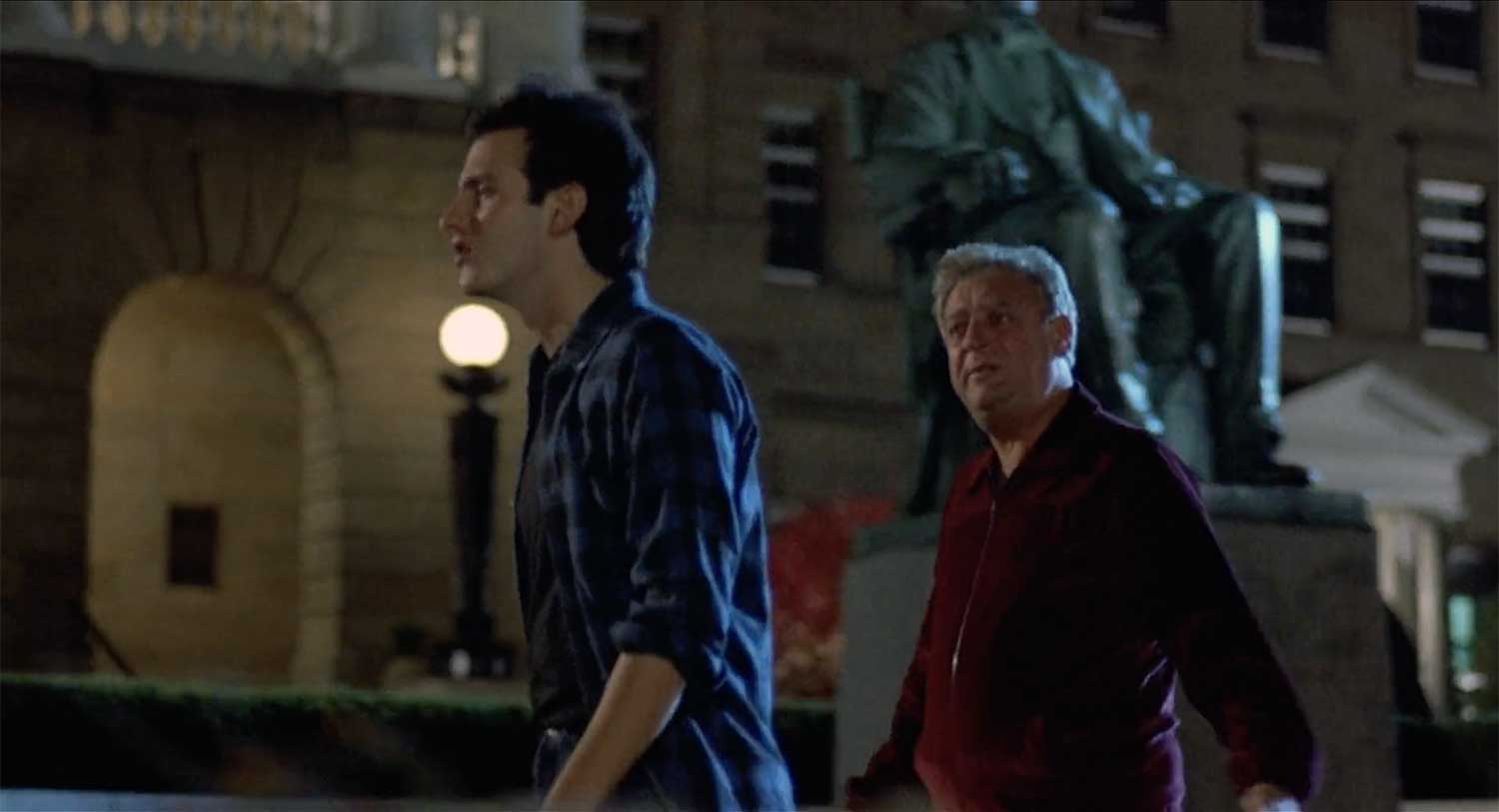 This is also around the time celebrated novelist Kurt Vonnegut — the source of my lone, basic af tattoo — shows up to write Thornton’s paper on Vonnegut in hands down one of the greatest cameos in movie history. 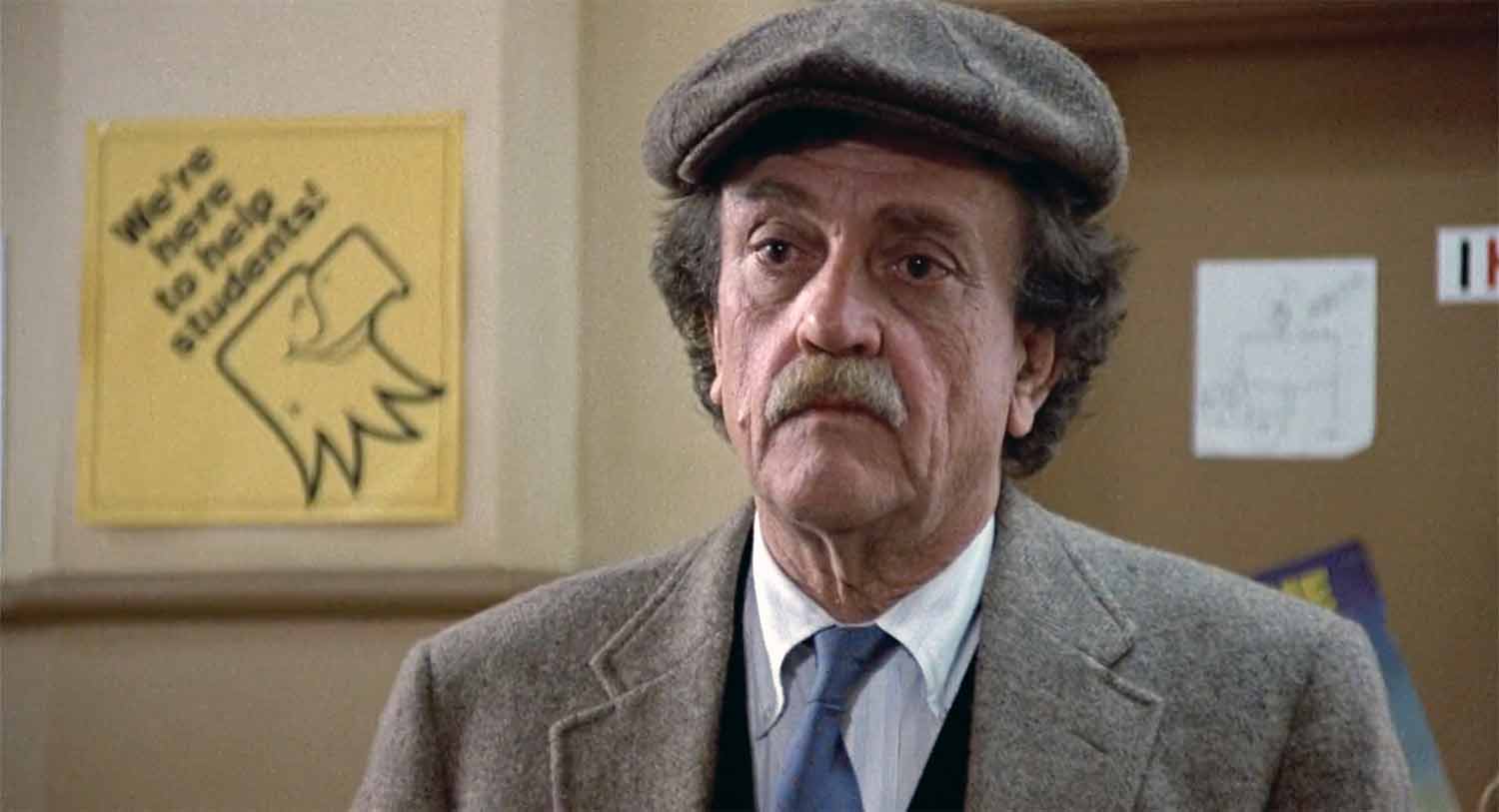 Near 1:14:30, we get a nice look at the reserved parking spot for Thornton’s limo. Because as you know, every undergrad has reserved limousine parking included in their tuition. 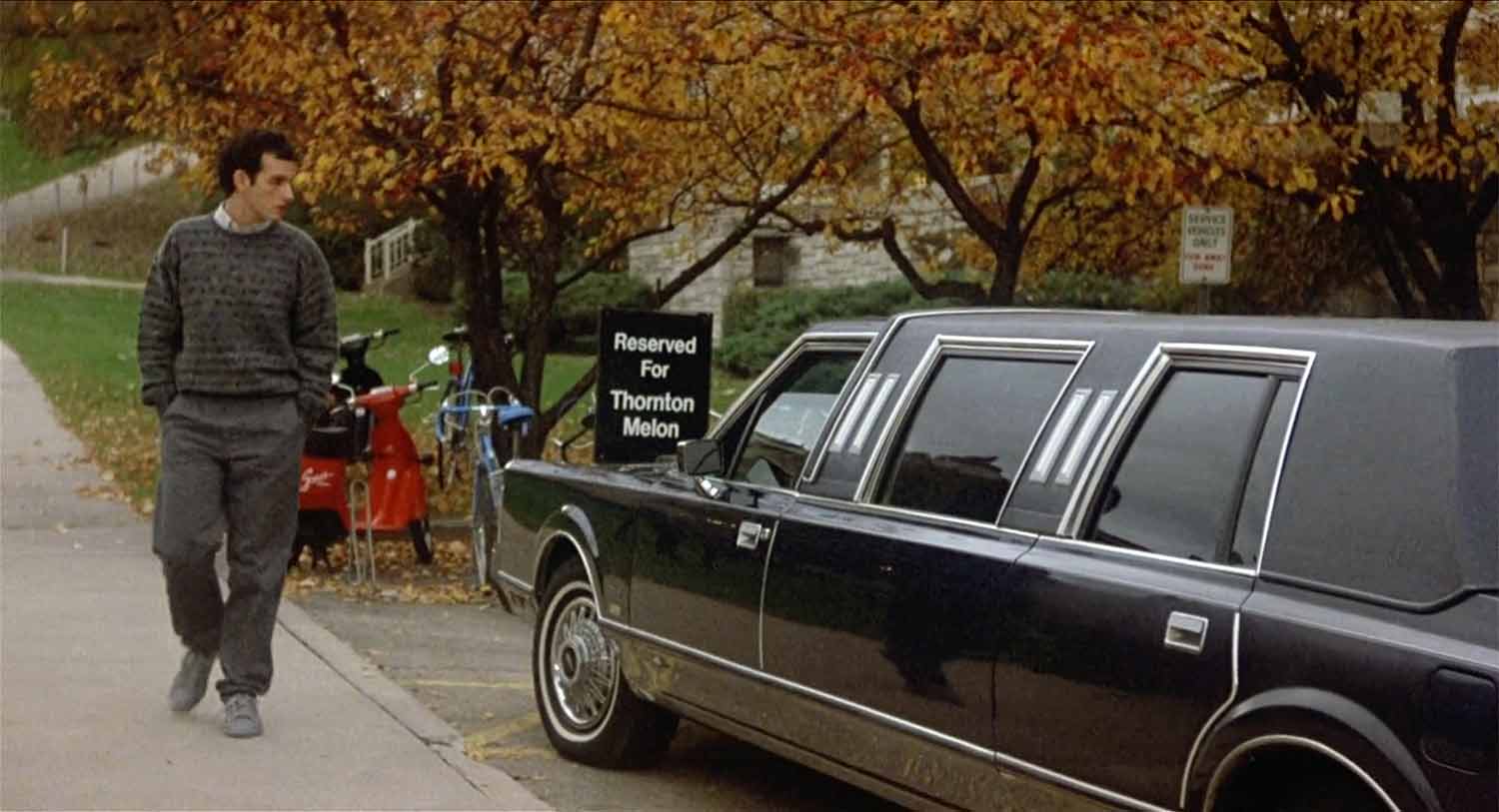 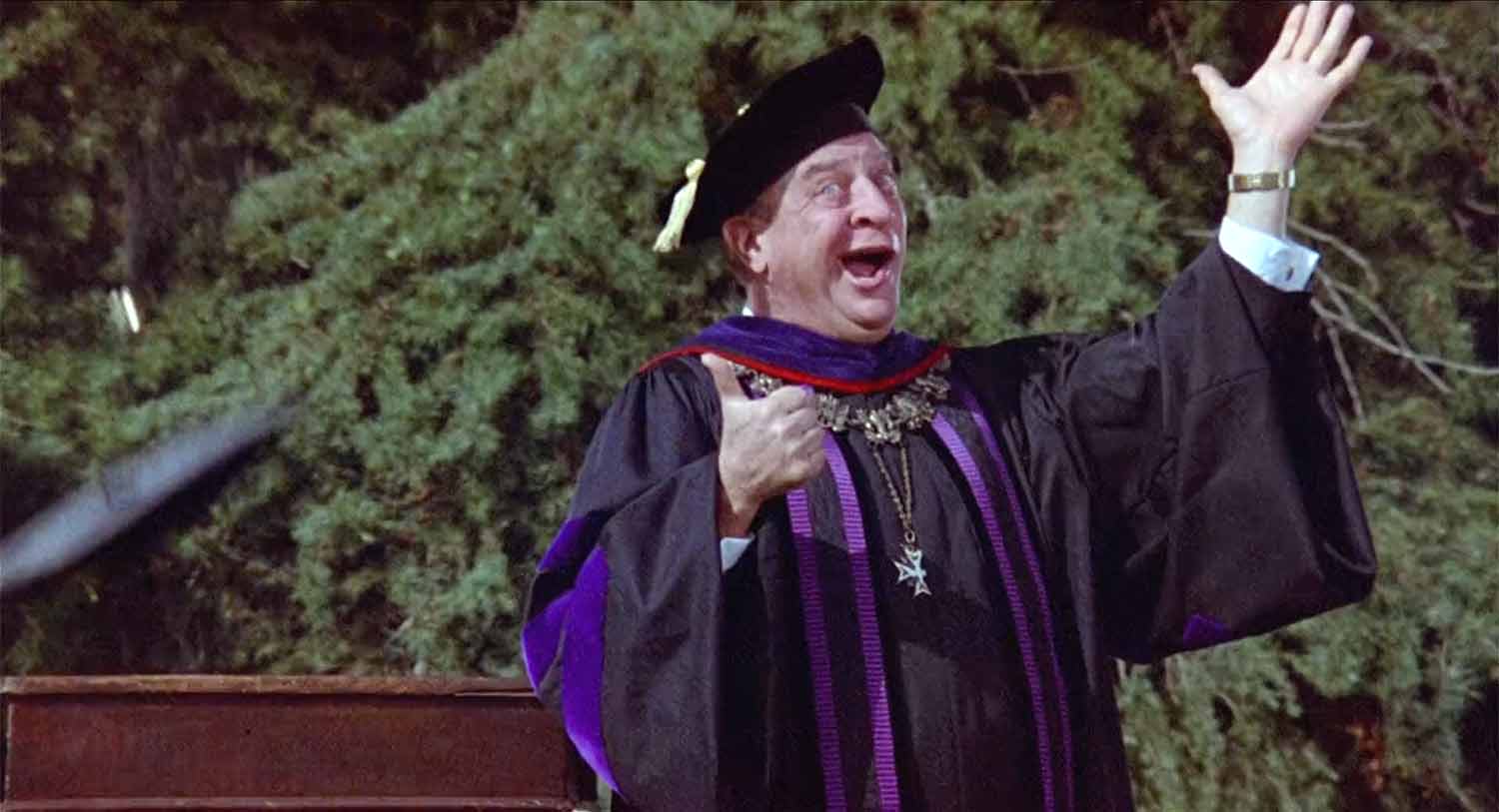 In a departure from our previous entries, Back to School was a hit when it came out and remains a beloved classic. According to the Wisconsin State Journal on Oct. 11, 1985, thousands of people showed up at the Headliners rock club to audition as extras. (A few incarnations later, that space is now Liquid.)

One of the lucky few selected was local comedian Eric Alver. He ended up having his appearance cut from the film — but when he went to see it, his name was still in the credits. This gave the comic some meat to chew on in his stand-up routine.

Alver said he “called Hollywood,” the State Journal reported, and Hollywood told him his character disappeared in a haze. Apparently, he claimed, he had so much to drink during his party scene that he ended up walking offscreen to go to another party. (Kinda like in The Purple Rose of Cairo, or Last Action Hero for those who can’t stomach Woody Allen.) Seriously, though, that has to suck. Imagine being a young comic today, landing a movie gig with one of the most famous comedians in the world, and then getting cut.

At the time (and even now, nearly 14 years after his death in 2004) Rodney Dangerfield was a comedic titan. Interestingly he didn’t break out until much later in life — at the age of 59, in 1980’s Caddyshack — which makes Back to School’s plot all the more prescient. It’s quintessential Rodney, a showcase in the comic’s hyper-confident and self-deprecating style of humor.

It also may have been personal for Dangerfield. He claimed in a 1985 news conference that he himself nearly chose to attend UW. “I was 17 at the time, and I decided to go to Wisconsin. It sounds like I’m making this up, but it’s true,” he said, adding, “I like the song ‘On Wisconsin.’”

Back to School had a positive effect on alumni, as well. According to a Wisconsin State Journal report on Aug. 24, 1986, the class of ’86 liked the GLU signage on the footbridge so much it donated $2,000 to get “University of Wisconsin-Madison” etched for real.

And like that bridge, Back to School’s legacy still stands today. Sure, some of its jokes are dated and a little cringey. But at its center it’s a classic “slobs versus snobs” comedy, packed wall-to-wall with both humor and heart. It’s still worth a watch today, too, if anything just to see Tony Stark with blue hair.