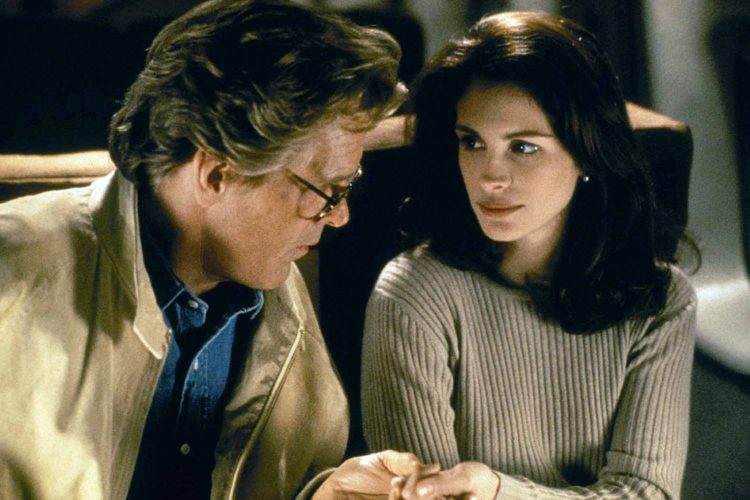 Unless you’re from New York or L.A., when your town appears on the big screen, it’s kind of a big deal. In a new recurring series, we aim to revisit the times Madison has gone Hollywood.

First up is I Love Trouble. Written by the husband and wife team of Nancy Meyers and Charles Shyer, and directed by Shyer, the 1994 film was released 24 years ago last week.

As they dig deeper into the conspiracy, they’re forced to confront romantic feelings for each other, not unlike His Girl Friday. And though I Love Trouble is clearly meant to be a spiritual successor to that classic screwball comedy, its execution leaves something to be desired. (Perhaps this can chalk up to the juxtaposition of “big ass train crash” and “May-December romance,” and/or because Roberts and Nolte hated each other.)

But while the film itself may not have aged that well, that doesn’t take away from the fact that Madison plays a major, if brief, role in it. 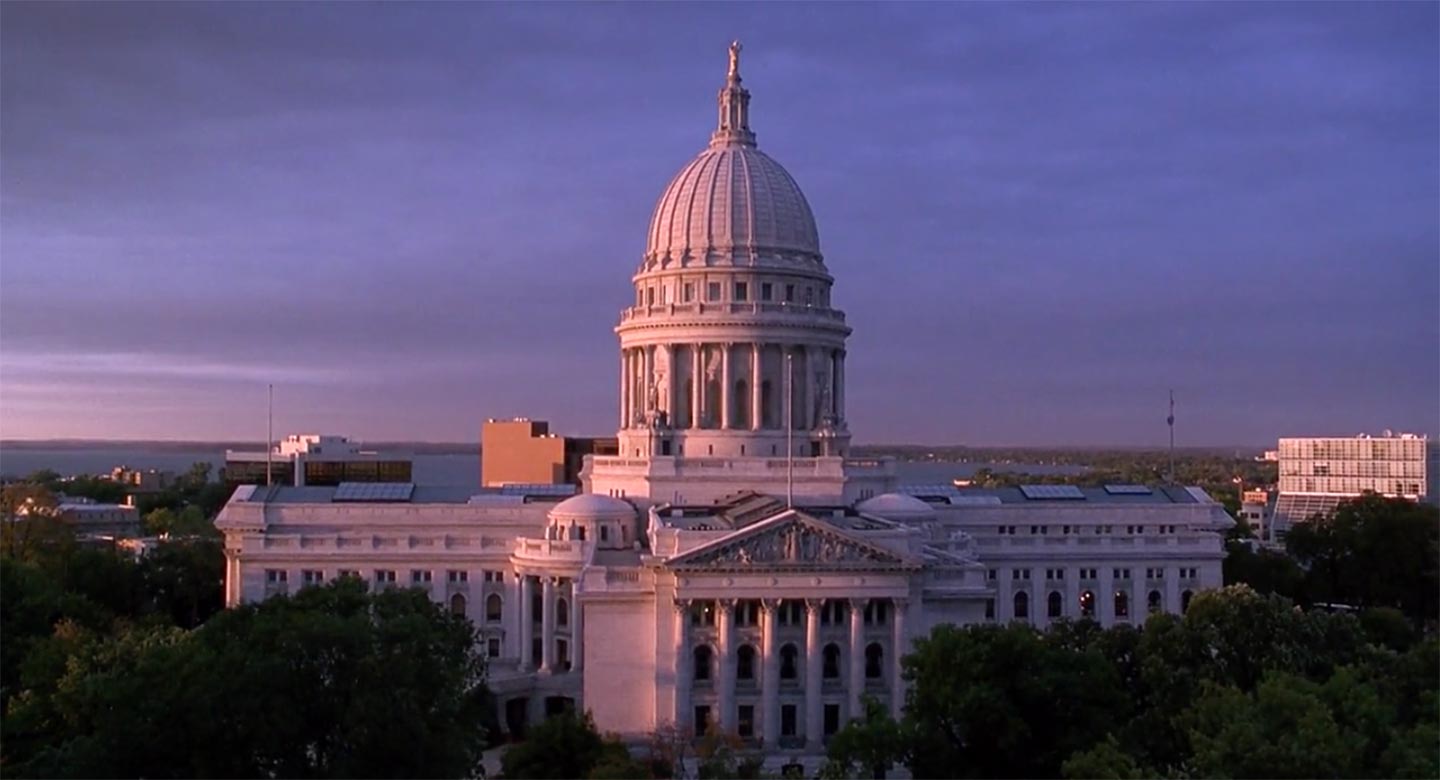 At around 57 minutes, there’s a nice exterior shot of the state Capitol. We’re then introduced to a fictional Wisconsin state senator, played by Marsha Mason, who does a walk-and-talk inside the building with Roberts, Nolte and Saul Rubinek. They discuss “franken-cows,” which probably is not the first time that term has been used there. 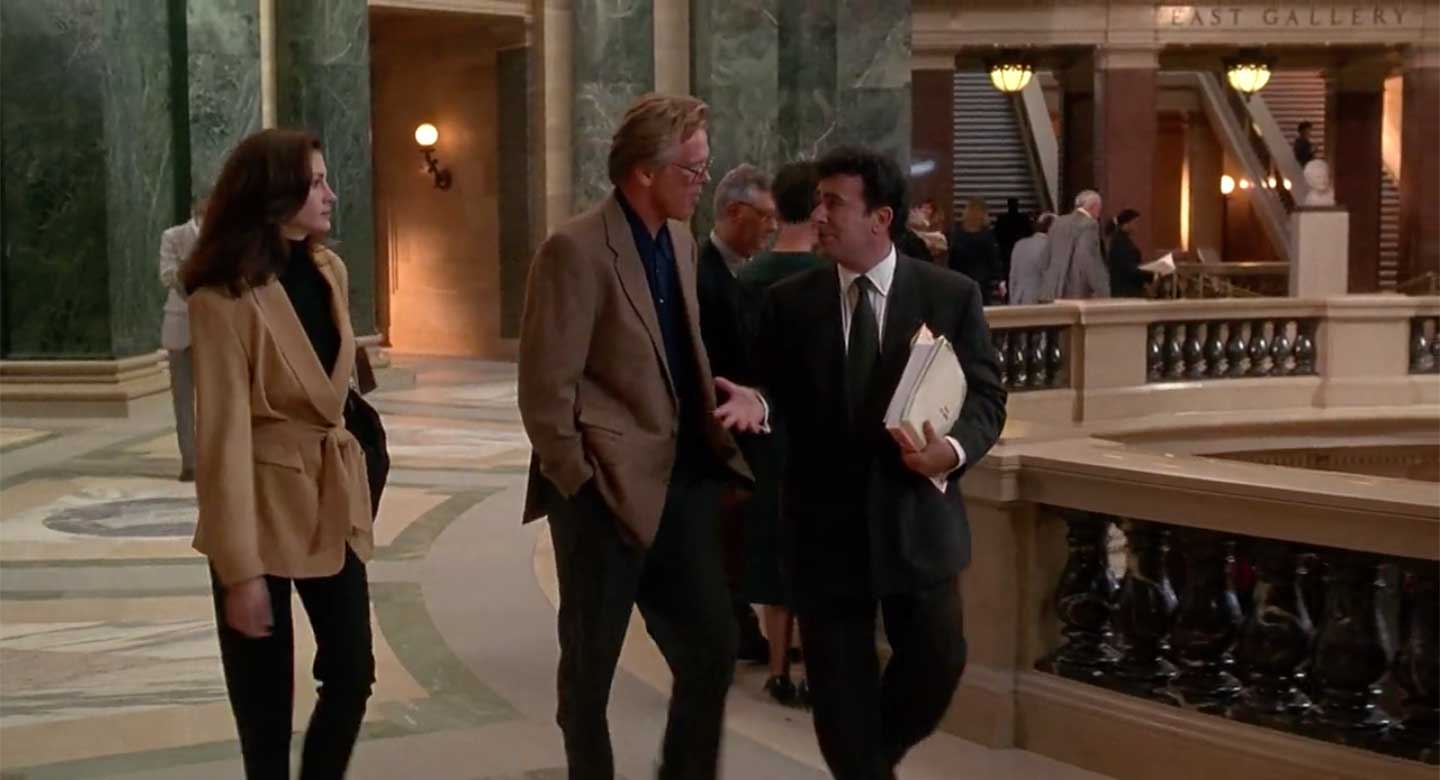 The only other time we see Madison is a couple minutes later; around the one-hour mark, there’s a brief establishing shot of King Street.

Roberts, Nolte and Rubinek are seen leaving a fictional steak joint in the future location of Madison’s, with the Majestic Theatre clearly visible in the background. Ominously, the marquee lights go out just before a car nearly runs over our intrepid reporters. 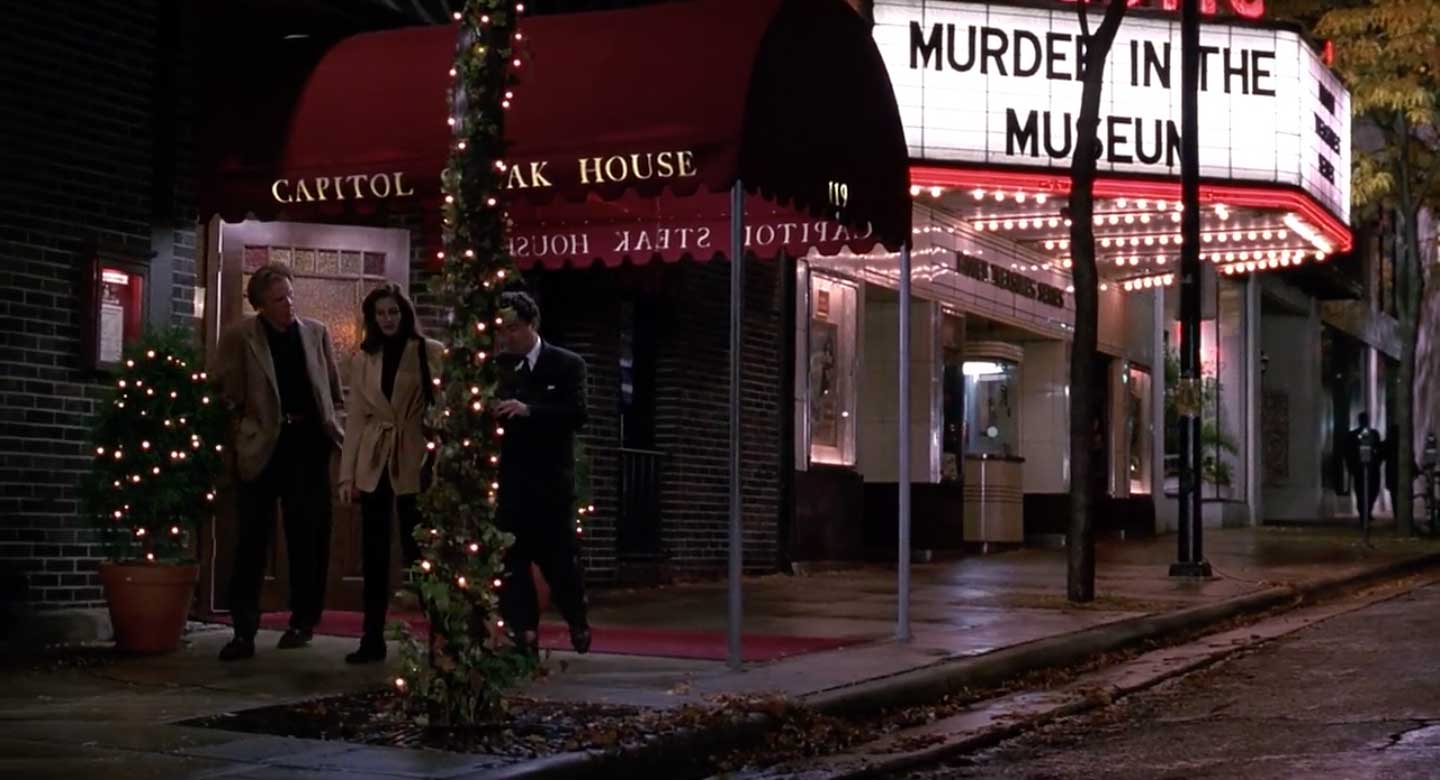 So in retrospect, probably not a starring role for the city — but with the amount of public interest that was generated around it, I Love Trouble was a pretty big deal around town in late 1993 and early 1994.

For one thing, Julia Roberts was one of Hollywood’s hottest young actors at the time. During filming, Roberts was constantly surrounded by a massive security detail, said to be ex-Secret Service. This is probably in part because the tabloids loved her.

Case in point: When rumors started circulating that Roberts would be filming a nude swimming scene at Devil’s Lake, several weasel paparazzi photographers contacted the state department of tourism in an attempt to get access to a compromised America’s sweetheart.

Roberts wore a wetsuit to film the scene, preparations for which caused one irate Spring Green father — whose son auditioned to appear as part of a scout troop that discovers Sabrina swimming au naturel — to write to the Wisconsin State Journal in October 1993 to air his grievances.

“The moviemakers were not interested in making a film with traditional Disney scouting scenes,” he wrote, “but were buying the innocence of youth to get a cheap laugh by having young boys act shocked when they come upon Julia Roberts skinny-dipping in the lake.”

(Presumably after penning the letter, the father retreated to his man cave to watch Pretty Woman again.)

But perhaps the most bizarre local storyline to come out of this film was a clash between a group of Wisconsin dairy farmers and parts of I Love Trouble’s plot. Part of the conspiracy Nolte and Roberts are unraveling has to do with farmers using growth hormones to breed the aforementioned “franken-cows.”

Farmers were concerned that the movie would cause a negative backlash against their product. In October 1993, then-state representative and future Wisconsin agriculture secretary Ben Brancel (R-Endeavor) said to the State Journal: “We don’t want to tamper with the minds of the public and the perception that the milk is not safe. It’s one of the most pure and nutritious foods in the world that anyone knows of.” (Word?)

I Love Trouble isn’t a great film, but it’s not unwatchable. Though full of clichés and suspensions of logic — like the concept of a newspaper reporter appearing in a Gap ad, as Peter Brackett does early on in the film — it’s the kind of movie that could easily be enjoyed mid-afternoon on TBS as comforting background noise. And it will always hold a place in the heart of Madisonians, indicative of the time two of Hollywood’s biggest stars fell in fake-love in the First Settlement District.