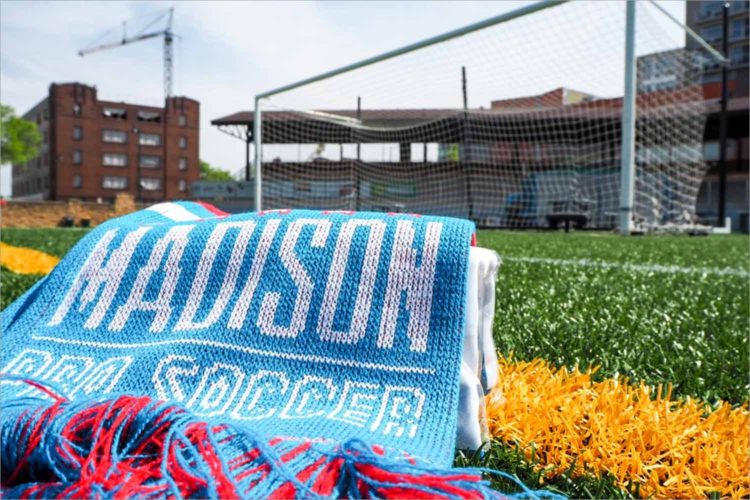 “The beautiful game” is coming to our city, and Peter Wilt wants you to help name Madison’s future club.

It was announced last month that Madison will join the United Soccer League’s Division III starting in 2019 (it’ll be USL D3’s first year, too). For now just billed as “Madison Pro Soccer,” the team was unveiled on May 18 by its ownership group, Big Top Events, which also own the Madison Mallards. Wilt, a longtime sports executive, was introduced as the new club’s managing director.

“The future of professional soccer in the Midwest lies in markets as strong and vibrant as Madison, making the city an ideal pillar for our league in the region.”#USLD3 | #ProSocc3r pic.twitter.com/bNokattXUc

A recent interview with Soccer America provides a little detail on Wilt’s distinguished résumé. He’s worked with both the Milwaukee Brewers and Milwaukee Admirals in his career, but really made a name for himself in 1998 when he helped to launch the Chicago Fire, one of Major League Soccer’s best known franchises. The Fire won both the MLS Cup and U.S. Open double in its inaugural season.

Madison Pro Soccer (we really need to work on that name, but more on that later) will play their home games at Breese Stevens Field, the historical landmark that’s also home to Madison’s longtime semi-pro soccer club, the 56ers. Wilt makes sure to stress the impact of Breese Stevens’ location on Madison Pro Soccer’s long-term future.

“The neighborhood has a high concentration of young adults that are passionate about soccer. It’s booming. Apartment buildings are going up. There’s a lot of retail [shops], bars and restaurants popping up.”

He adds: “I think there’s a certain thirst for professional outdoor soccer.”

Wilt is likely onto something there, as the sport has surged in popularity in recent years, especially as more and more people turn away from what Wikipedia calls gridiron football. But there’s still a pressing issue: the new team needs a name. And that’s where you come in.

Madison Pro Soccer is accepting submissions for a name and color scheme for the club through June 30, and the public will be able to vote on potential names each week until then. (Some highlights so far: Madison Curds, Madison Flamingos.) This is a good chance for you to knock “Name a professional sports team” off your bucket list.

The final voting round will begin after this year’s World Cup final, so there’s still plenty of time for you to explain why “Bozho FC” would be the best name for this team.