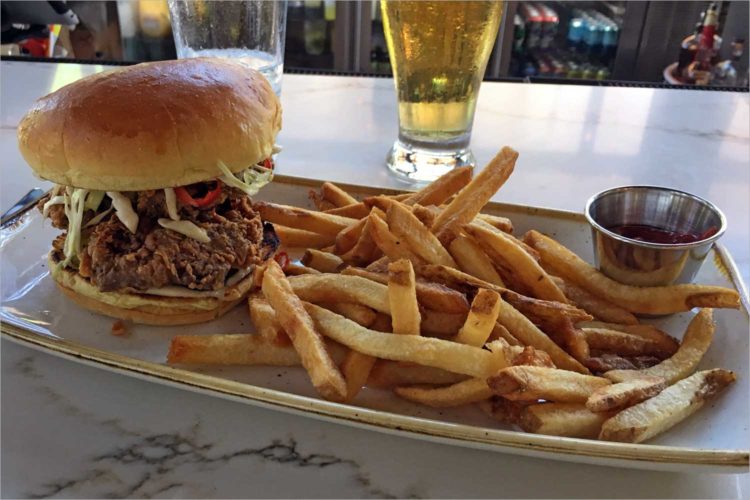 I decided to take a drive through campus on an early August afternoon to check out Everly, located on Monroe Street. I arrived at the modern, funky spot in the Knickerbocker Plaza soon after they opened at 11 a.m. Most of the early lunch crowd was enjoying the beautiful day outside on the patio. I saddled up to the bar and ordered the fried chicken sandwich, which came with buttermilk aioli, slaw and pickles on a brioche bun.

The bun was soft and squishy. This was key when it came to soaking up a little of the extra juices and grease from the chicken and rest of the makings. It was a pretty standard bun, but had a nice toast on both sides to add a little extra crunch.

The fried chicken had good crunch and was well-seasoned — you could see the spices popping out of the breading. It wasn’t over-fried or over-breaded. What really stood out was the sliced shishito peppers included in the slaw. They added a perfect little kick of heat, and flavor. I could’ve gone for a little more aioli to add more creaminess.

The slaw was on top of the fried chicken, with the pickles and aioli underneath. The bottom bun tore a bit about halfway through, requiring a slight bite adjustment and some spillage of makings. It was also a very tall sandwich, and it got a little uneven at the end as a result.

At $11, the sandwich comes with your choice of hand cut fries or kale salad and is one of the lower priced entrees on the lunch menu. I chose the fries, and I left the restaurant plenty full and satisfied without even finishing all my fries. The sandwich itself is pretty hefty, with a generous portion of chicken.

My bar for fried chicken sandwiches is pretty high. (Jin’s has probably forever ruined me.) This is one of the best Southern style fried chicken sandwiches I’ve had since I’ve been back in Madison. If anything, I just wanted a little more distinction with the flavor profile. The peppers brought it close, but it just didn’t quite go all the way through the finish line for me. A solid option, however, and worth the drive to the Monroe neighborhood. 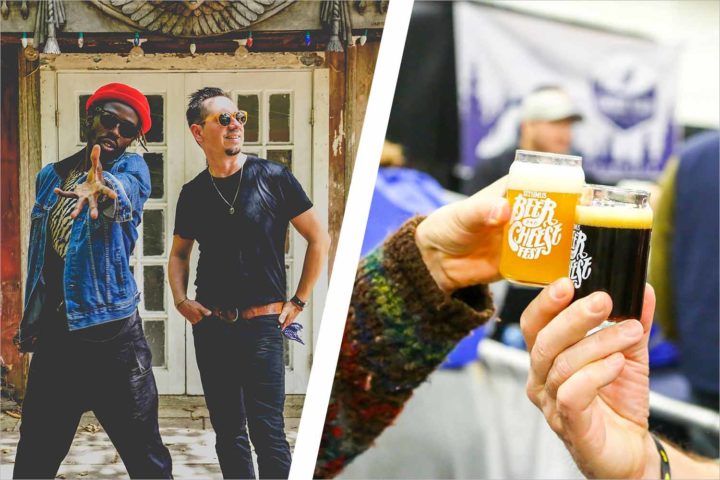 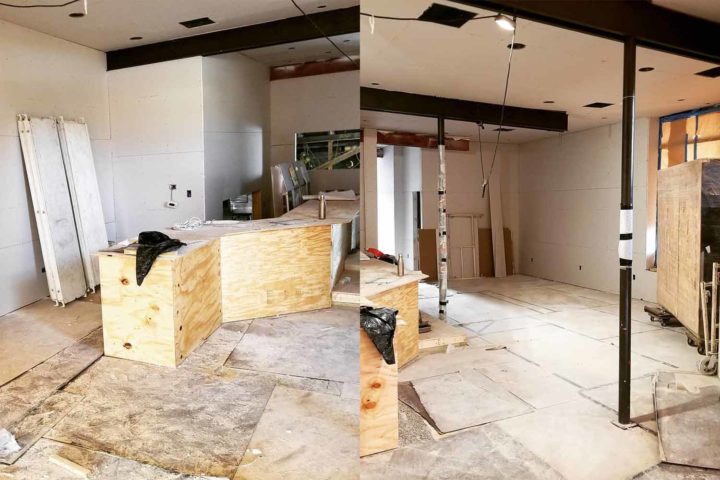