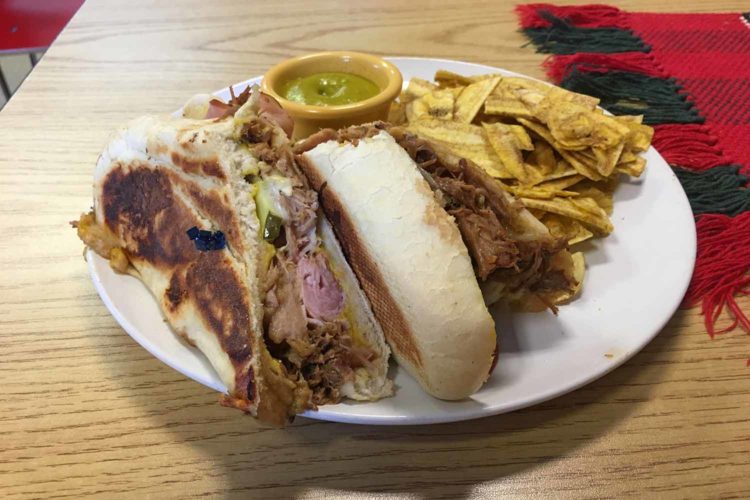 I was still in the mood for Latin American food after my trip to El Wiscorican, so I decided to venture to the east side and visit La Taguara. A little shop with a simple cafeteria style and layout, La Taguara offers mostly Venezuelan cuisine. There are Venezuelan flags on the walls and Latin music was playing overhead, which gave the spot a super cool vibe. I ordered arguably my favorite sandwich, the Cubano: ham, pernil (pork roast), pickles, mustard, and Swiss cheese on pressed French bread, served with a side of plantain chips and guasacaca.

La Taugara’s Cubano came pressed on standard French bread. There was a little sogginess on edges of the bread, but that didn’t affect the taste. The bread was grilled well to provide the necessary crunch for a Cubano.

The pork was well flavored with a hint of smokiness, but the ham didn’t really stand out. I wanted more pickles and mustard to provide more acidity and cut through the salt and fat of the meats, which were in generous helpings.

The ham was a little balled up in the middle, but it didn’t disrupt internal sandwich integrity much. The sogginess on the edges of the bread did make the last few bites a little mushy, but the fact that it was pressed (versus using a toasted roll or similar work around) helped a lot with maintaining stability.

The Cubano is $12.99 before tax, so a little on the high end of sandwich prices. I went in really hungry and walked away satisfied, and was content for the rest of the afternoon. The plantain chips and side of guasacaca (a smooth avocado salsa) was a nice change of pace.

I went during the lunch rush, so I had a little wait. While I wasn’t blown away by La Taguara’s offering, it’s difficult to find traditional Cubanos around Madison. If anyone has other suggestions, let me know — but for now La Taguara holds the pole position on Cubanos. 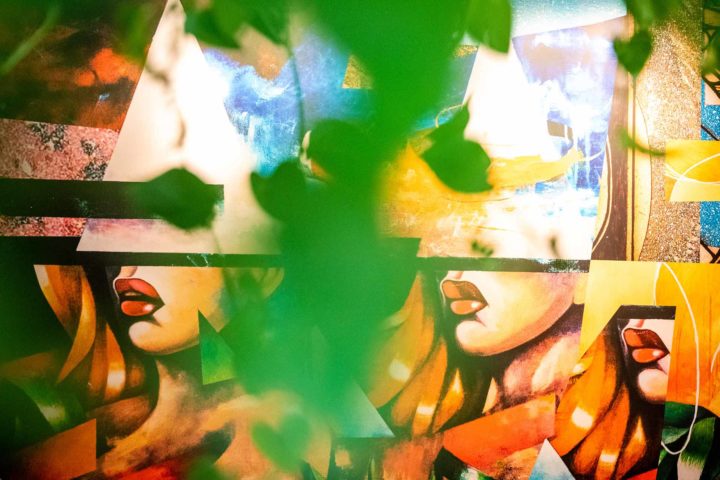 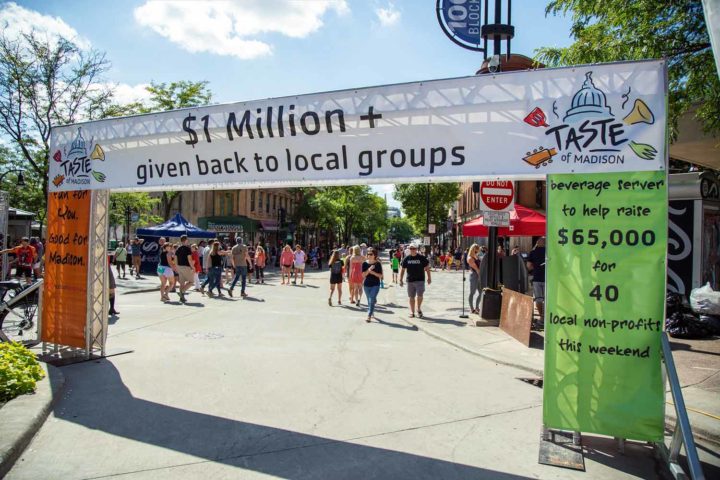