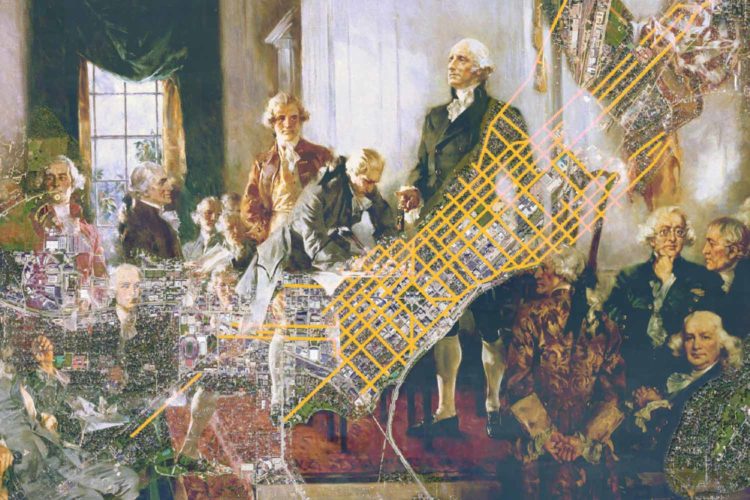 On Sept. 17, 1787, a group of rebel statesmen put their Herbie Hancocks on the most important document in American history.

For better and worse, the U.S. Constitution established the foundation for the country we know 233 years later. And though the great American experiment may be winding down, we’re still here for now. So we might as well celebrate, right? (OK, maybe “celebrate” isn’t the right word.)

History buffs may have noticed that a bunch of streets in Madison are named after Constitution signers. Land speculator and city designer James Doty must’ve been a real American superfan; in addition to naming the city after former prez James Madison, he also paid tribute to 30 other constitutional convention vets.

It’s an eclectic group of fascinating individuals with almost entirely sketchy histories. So in a nod to another group of American iconoclasts, let’s remember some guys. 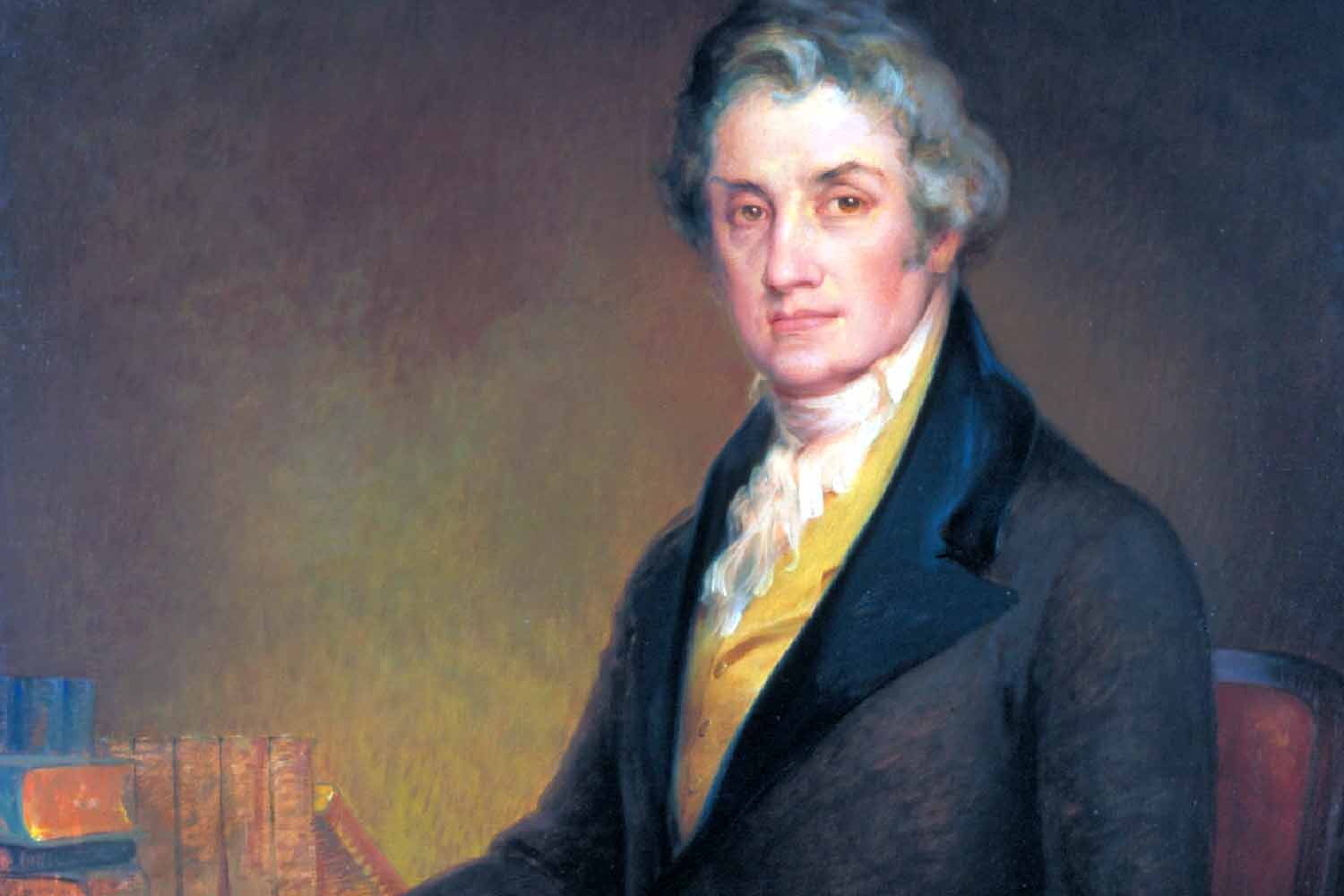 A lawyer and U.S. senator, Abraham Baldwin would go on to found the University of Georgia. He was also one of the “key players” in using the Constitution to protect slavery, so fuck him.

Delaware’s Richard Bassett holds the all-time No. 1 spot in the U.S. Senate. He was also a slave owner, which he took up after leaving a federal judgeship like some middle-aged dudes today take up golf or woodworking. (He did eventually free them, but come on man.)

Another Delaware native with a much more refreshing bio: Gunning Bedford, Jr. was a staunch advocate for education and one of the leading abolitionists in The First State. Go Gunning Junior!

Praised by his colleagues for his gentle temperament, John Blair was instrumental in Virginia’s creation and served six years on the U.S. Supreme Court. He was also a slave owner. At this point, just assume all of these old whites owned people unless I explicitly say otherwise.

Later a senator from Tennessee, William Blount became the first federal official to face impeachment after conspiring on a shady land-seizing deal with Great Britain. Awkward!

Poor David Brearley’s greatest legacy is the frequent misspelling of his last name, including his street here in Madison. The New Jerseyian was also a high-ranking freemason.

Despite his fervent support for the American Revolution, Jacob Broom was known as a pacifist. He did aid soldiers by using his land surveying skills to make maps for the Continental Army.

This future South Carolina senator has one of the shadier histories even among his shady contemporaries. In addition to his support of slavery, Pierce Butler famously provided safe harbor for Aaron Burr after Burr popped Alexander Hamilton in a duel. 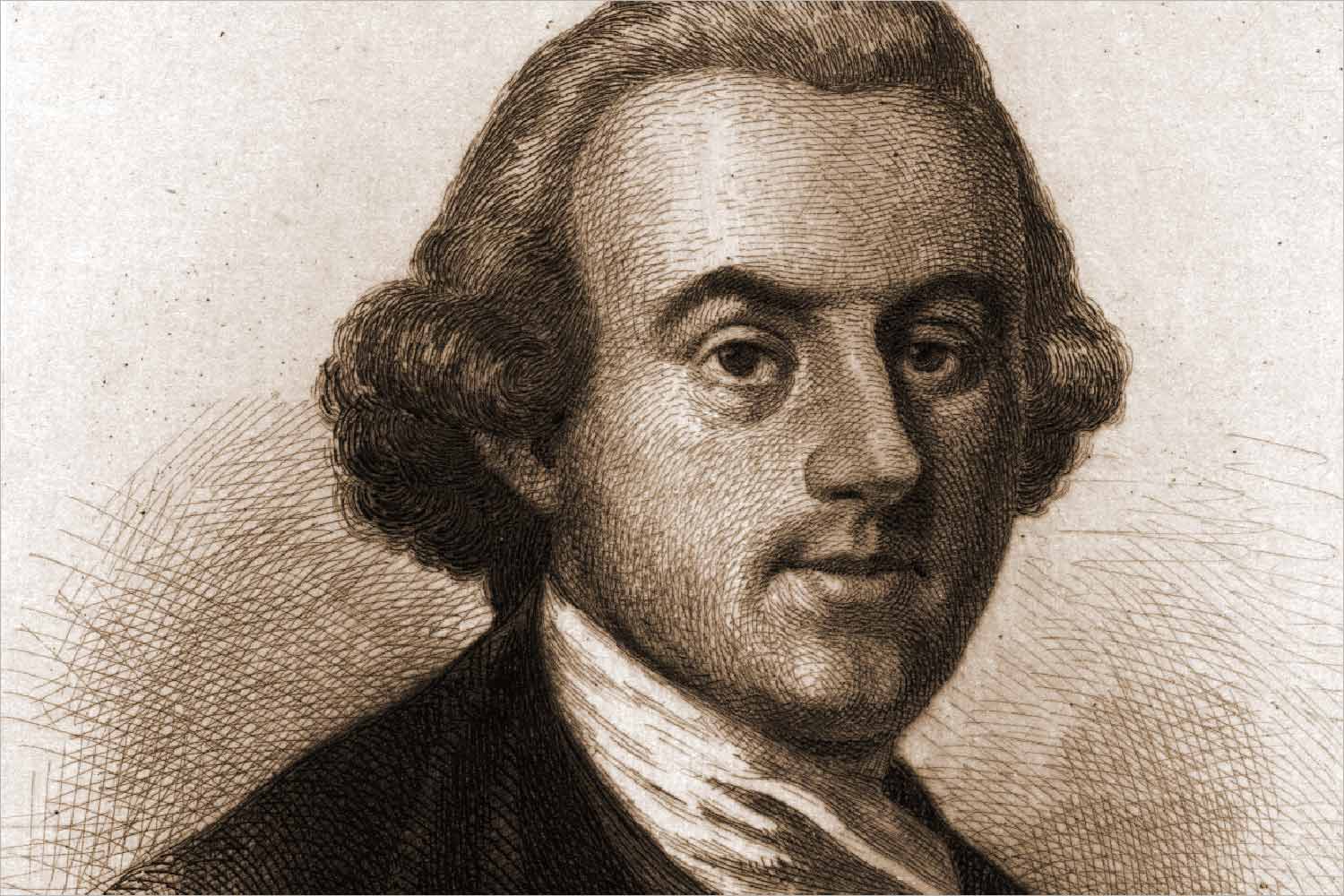 Hailing from Maryland, Daniel Carroll was one of the only Catholics among the founding fathers. As a recovering Catholic myself, I can only imagine the pain he went through thinking that British aggression was solely his fault because God was mad at him. Oh well, nothing a quick confession won’t fix!

In addition to signing the Constitution, Jonathan Dayton was co-director (with his wife, Valerie Faris) of the acclaimed film Little Miss Sunshine, as well as music videos by Beastie Boys, Oasis, R.E.M. and Smashing Pumpkins. Oh wait, that’s a different Jonathan Dayton. This one was a New Jersey politician — and youngest member of the convention — who was tried for treason in connection with the Hamilton shooting.

At different points of his career, John Dickinson was both the president of Pennsylvania and Delaware. To quote fellow American icon Snake Plissken: “President of what?” He also freed his slaves, so at least there’s that.

OK, so William Few was kind of a badass. Not only was he a Davy Crockett-esque frontiersman and Revolutionary War vet, he was also an early abolitionist.

Nicholas Gilman was a New Hampshire senator and Revolutionary War vet with an absurd signature. Big “have a cool summer”-in-your-crush’s-yearbook energy going on there. 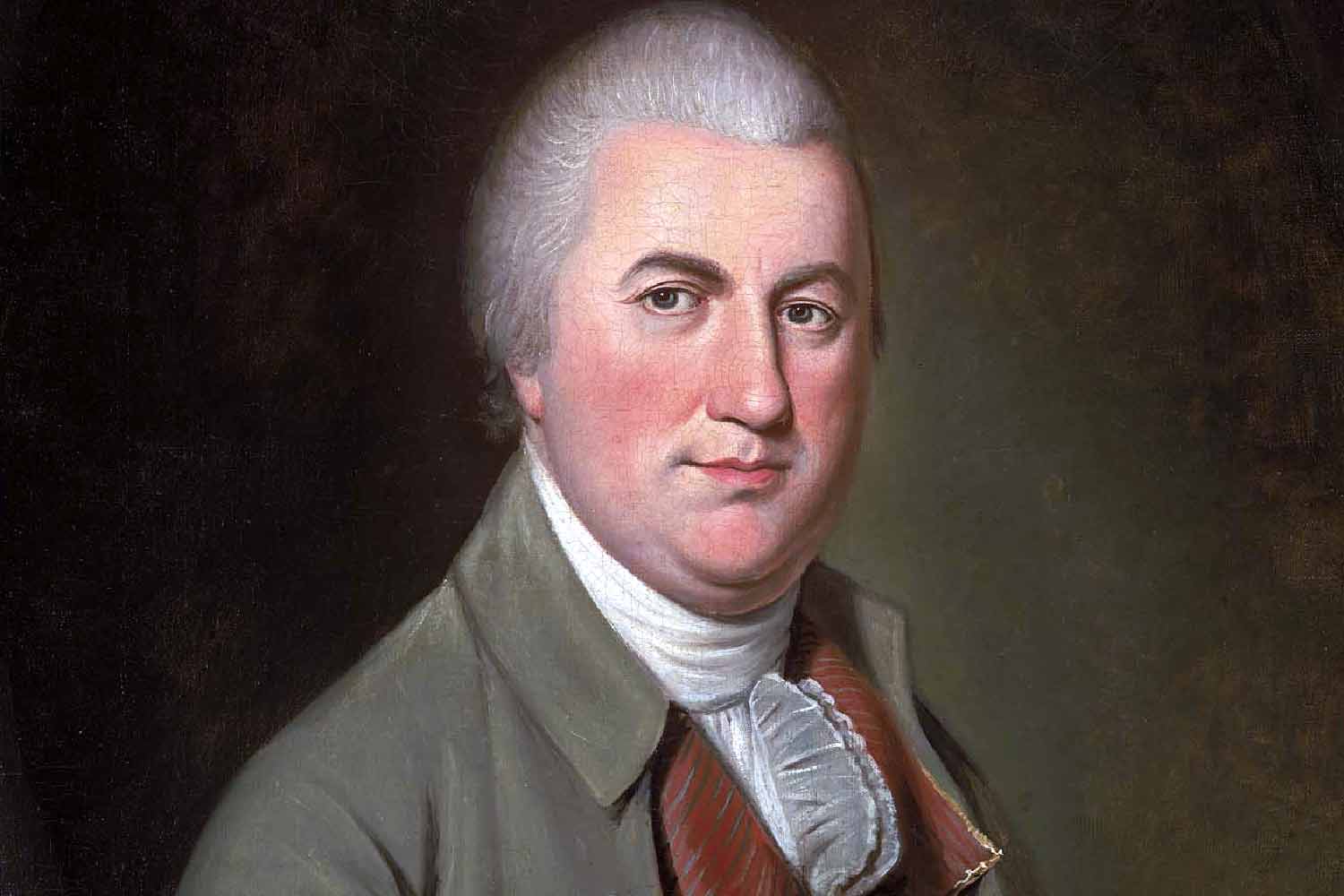 Despite being instrumental in the creation of the United States, Nathaniel Gorham was extremely pessimistic and believed the country would break up within 150 years. Right now, it looks like he was only off by about 100.

There’s nothing I can say about Alexander Hamilton that Lin-Manuel Miranda hasn’t already in a much catchier fashion, so here’s a link to Hamilton on Disney+.

James McHenry was a physician and military surgeon who apprenticed under the humanitarian Dr. Benjamin Rush. Ironically, despite his dedication to mending people, he also served as the U.S. Secretary of War under two presidents. So much for “do no harm.”

Jared Ingersoll’s patriotism was at sharp odds with his father, also named Jared Ingersoll and a British loyalist who was once tarred and feathered for his political leanings. Though initially pro-England, the younger Ingersoll was himself radicalized after making the acquaintance of Benjamin Franklin.

One of the oldest members of the constitutional convention (and one of its best names), Daniel of St. Thomas Jenifer was frequently noted for his sense of humor. Every political revolution needs a little comic relief.

Despite his major role in the formation of the United States, conflicting loyalties tore William S. Johnson apart. He maintained strong ties across the Atlantic and was a friend of the senior Jared Ingersoll. Johnson was also 92 years old when he died, which is pretty fucking impressive given the time. 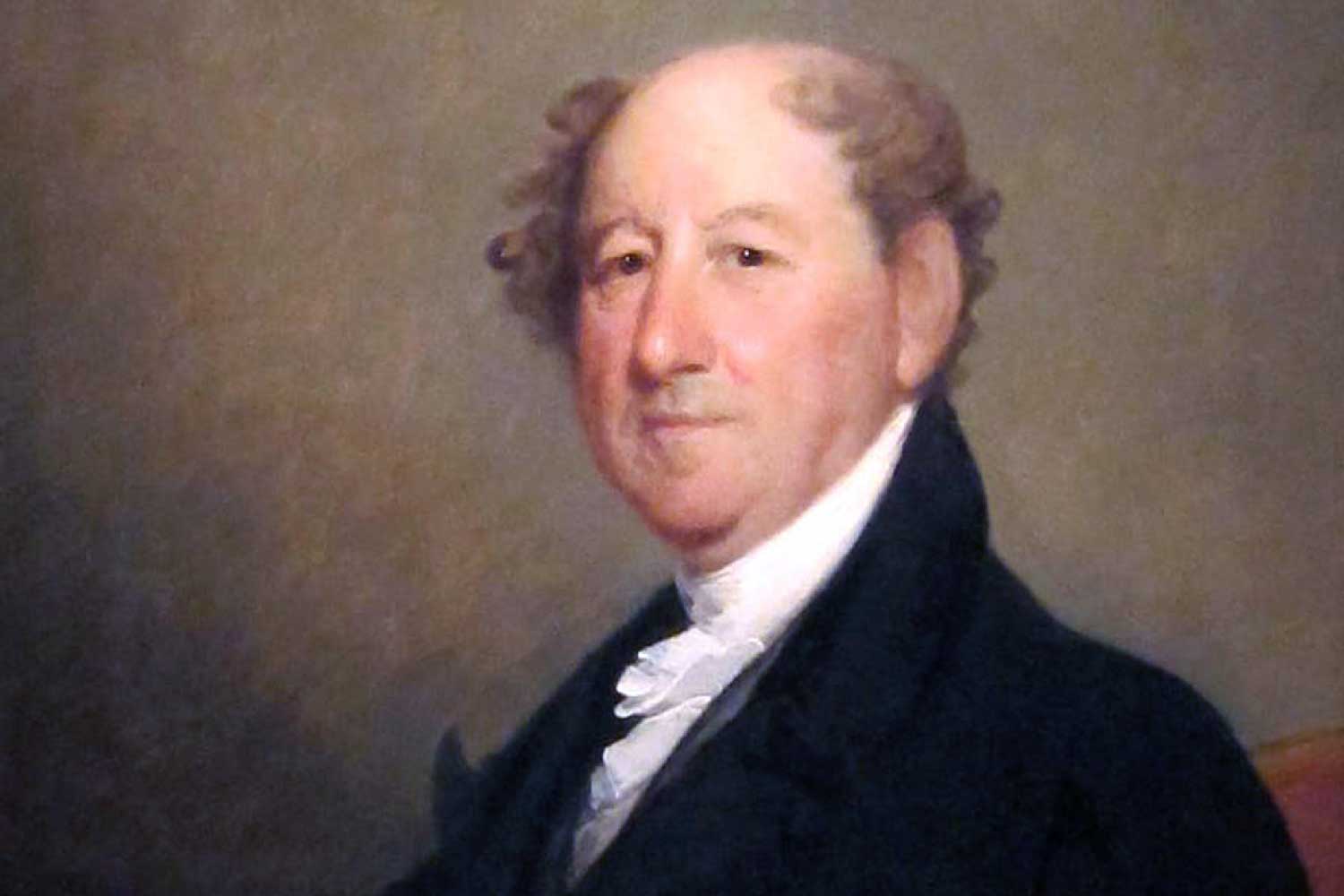 Fuck yeah, it’s Rufus King time. He was a senator, ambassador and, in 1816, the final Federalist presidential nominee. But it’s a long legacy of abolitionism that makes him stand out. King always opposed the slave trade, though his intitial economic misgivings morphed over time into humanitarian ones. He opposed Missouri’s slave statehood in 1819 and entered anti-slavery legislation into the Senate. His son, John Alsop King, was the eventual governor of New York and himself an anti-slavery activist. IDK if it’s right to pick favorites among these dudes, but right now King is the clear frontrunner.

Before embarking on a political career that saw him become the first president pro tempore of the Senate, John Langdon was a successful merchant mariner. He actually paid the expenses for himself and fellow New Hampshire delegate Nicholas Gilman to attend the constitutional convention out-of-pocket.

Look, I’m gonna level with you. There are a lot of these guys and not all of them are interesting. So I’ll give everyone a quick chance to cool off and listen to the classic Jimmy Buffett tune “Livingston Saturday Night.” Take a breather, folks. You’ve earned it. (FWIW, William Livingston was the governor of New Jersey and his home was looted by British loyalists. Don’t say I didn’t try.)

It’s very funny to me that Thomas Mifflin was a fourth-generation Quaker, because the Madison street that bears his name is associated with out-of-control parties. I’m sure that wasn’t the intention, but it worked out pretty well for fans of comic irony everywhere.

William Paterson was the second governor of New Jersey, namesake of the Garden State’s third-largest city, and his death was the result of injuries sustained in a coach accident. 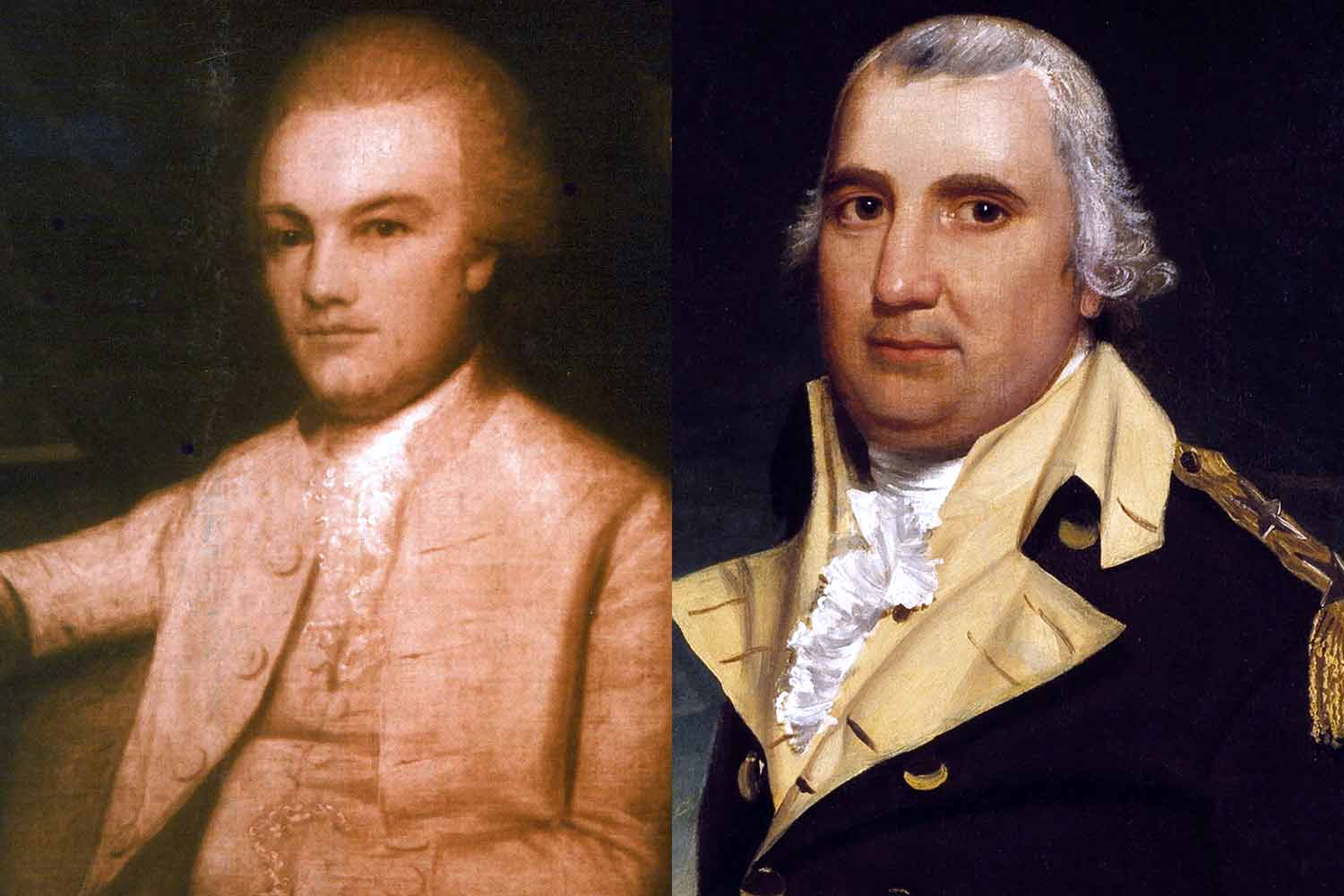 This street adjacent to the Capitol has the distinction of being named after not one but two different guys named Charles Pinckney. And both from South Carolina! One was among the convention’s youngest delegates, and the other was a Revolutionary War vet who would go on to serve as both U.S. Secretary of War and Secretary of State.

Roger Sherman was the only person to sign the Continental Association, the Declaration of Independence, the Articles of Confederation, and the Constitution. And while Sherman claimed to oppose slavery, he made compromises that ensured its place in the Constitution.

Richard D. Spaight was a Democratic-Republican (real party, believe it or not) politician from North Carolina, who along with Alexander Hamilton is notable for his unfortunate record of participating in duels. Spaight died a day after getting capped by his Federalist political rival John Stanly.

Sorry, not a whole lot of information on George Washington out there.

A well-known physician and scientist from North Carolina, Hugh Williamson authored The Plea of the Colonies while living in England to garner the support of English Whigs to the states’ cause. He’s also a military surgeon remembered for his deep concern for the welfare of colonial forces during the Revolutionary War.

One of the original Supreme Court justices, James Wilson is probably more infamous for drafting the three-fifths compromise (along with the milquetoast Roger Sherman). Contrarily, he was also one of the only delegates to preach human equality. Wilson’s philosophies inspired Thomas Jefferson to write about all men being created equal in the preamble to the Constitution.