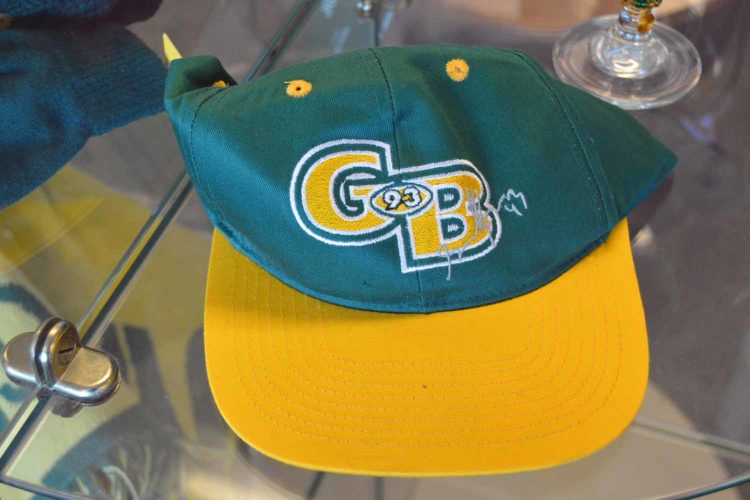 I’ve driven by Boomerangs Resale hundreds of times, but I’d never been inside until now. And I have to say: I’m impressed. It’s got a surprisingly great selection of odd stuff, including a huge selection of antiques. Those are a bit pricier, but the majority of Boomerangs’ shelves are loaded with dirt cheap peculiarities. (Definitely the most cost-effective shop I’ve been to yet.) If you can get past the Christian radio, this is a hidden gem worth checking out. Here’s some of what I found:

Packers fans of a certain age will remember the Gilbertburger. Named for beloved nose tackle Gilbert Brown, the culinary monstrosity was offered at Burger King locations in Wisconsin during the mid-1990s. What’s on a Gilbertburger, you ask? A better question would be what isn’t. The standard Gilbertburger is a Double Whopper with extra everything (and extra extra cheese), hold the pickles. The bad boy stops your heart much like the Gravedigger himself would stop opposing running backs. This promotional hat was one of my thrift grails for a long time, but I’ve since found one of my own. 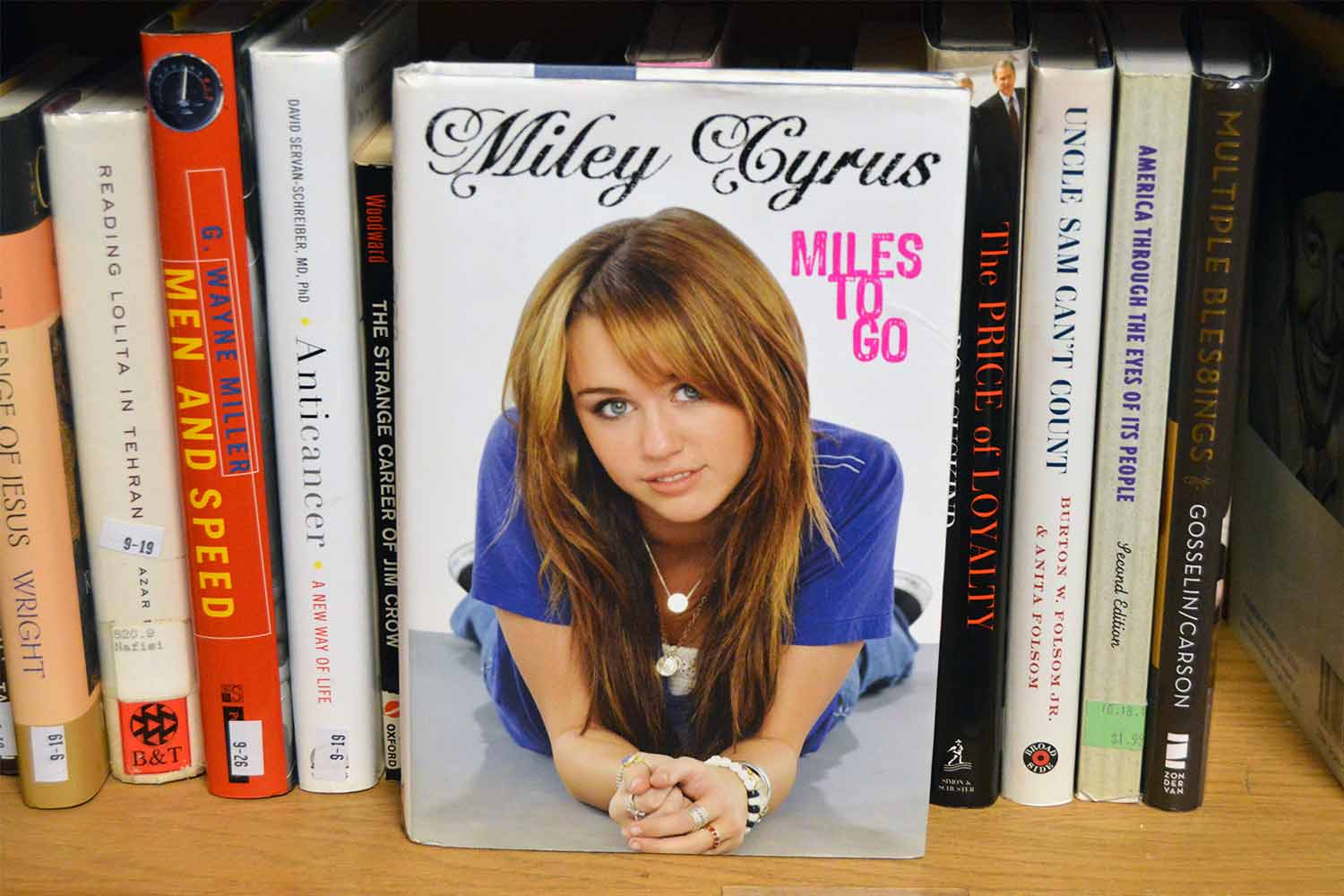 Once upon a time, The A.V. Club ran a great recurring feature called “Silly Little Showbiz Book Club” in which the inimitable Nathan Rabin would dive into (usually trash) books by or about famous people. I can’t think of a showbiz book sillier or littler than Miley Cyrus’ Miles to Go. It was published in 2009, when Cyrus was only 16. I can’t imagine the story of the rich teen daughter of a country star is all that interesting, especially since it came out before the part of Miley’s life when she was hanging out with Laura Jane Grace and Joan Jett. 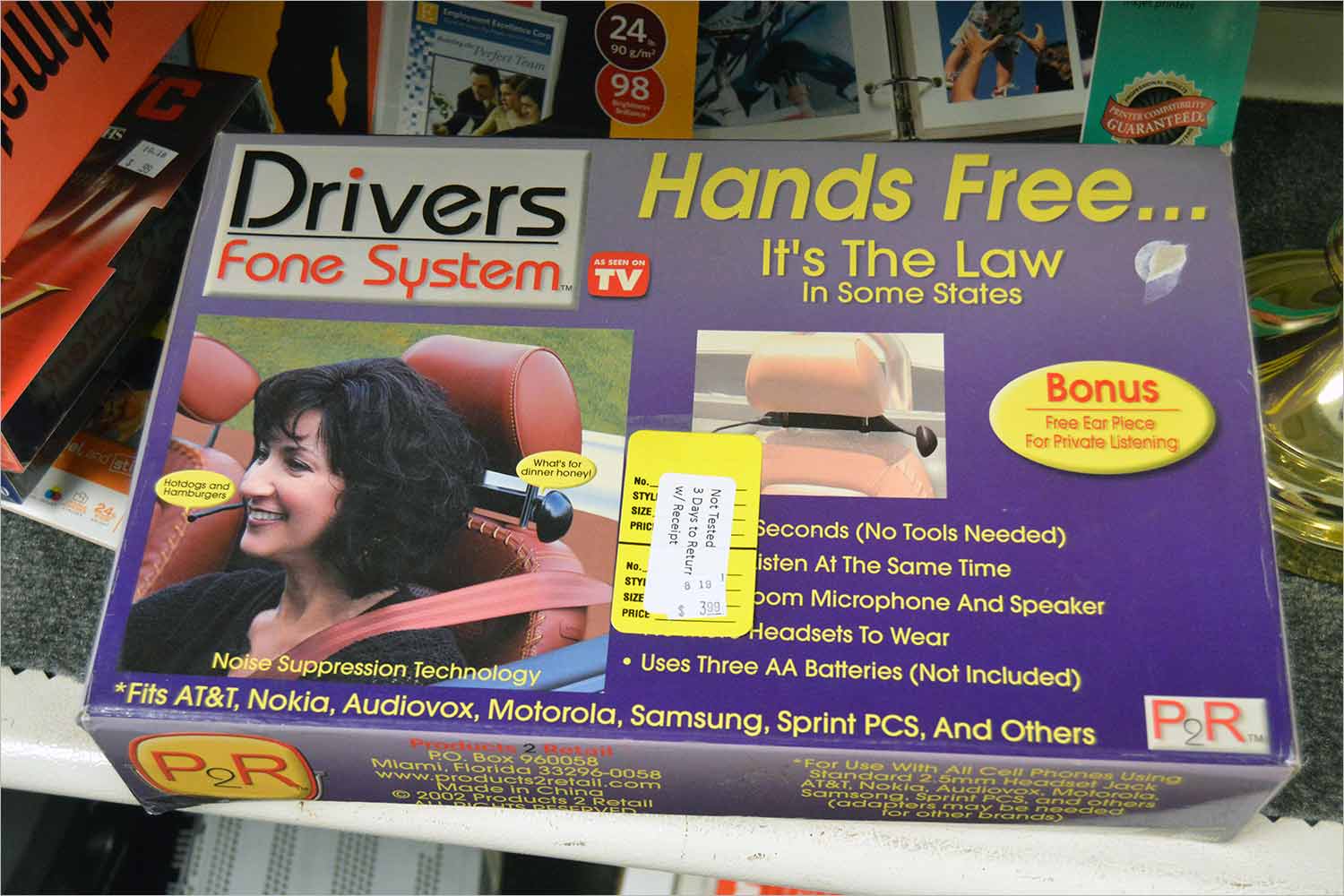 As seen on TV! Why pay a ticket for driving while on the phone when you could get this very hip and modern hands free rig? It fits a variety of phones, so you don’t have to worry about that Audiovox causing another run-in with the 5-0. After all, it’s the law (in some states). 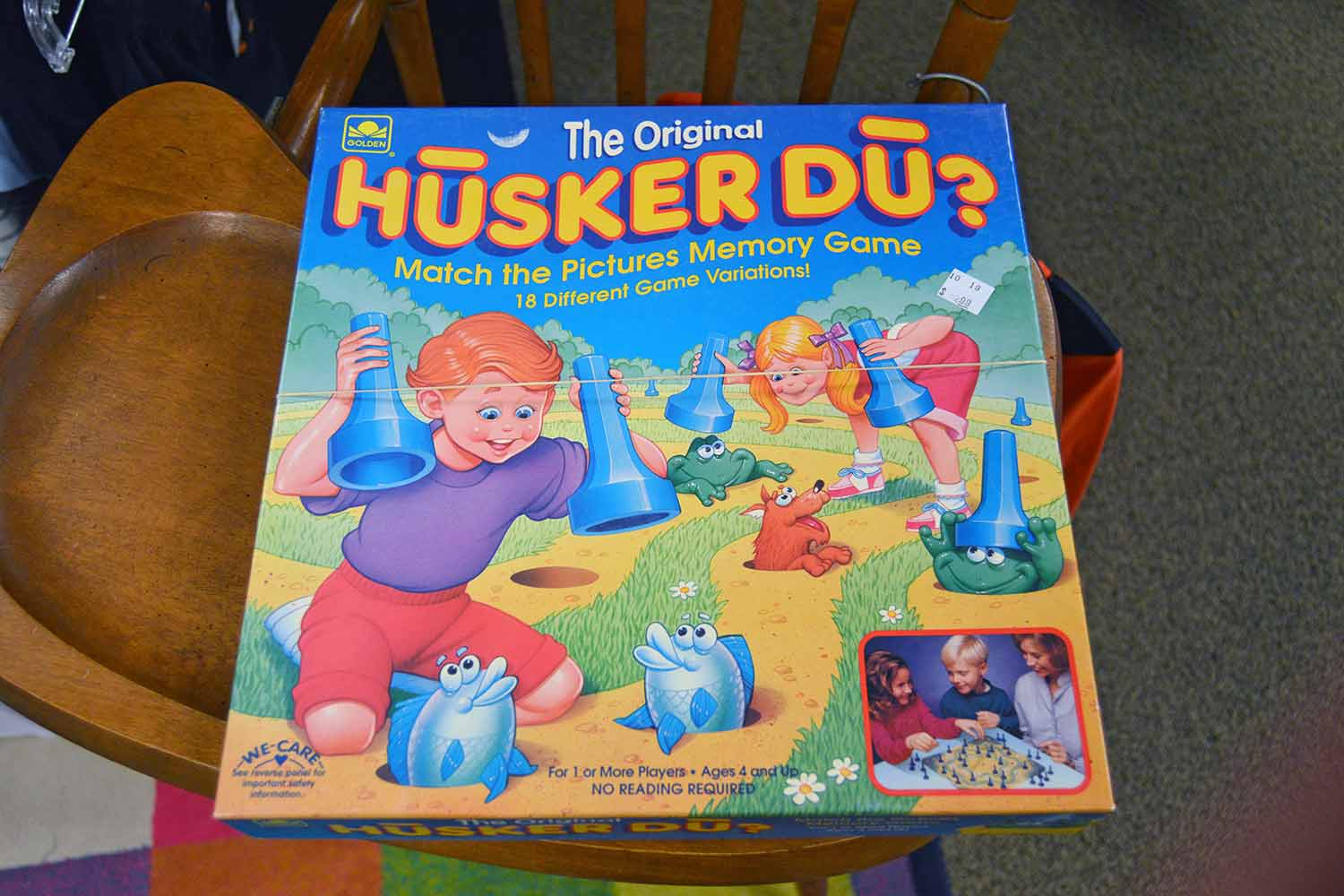 Being something of a huge fucking nerd when it comes to alternative music, I had only ever heard the legend of Hūsker Dū? (Swedish for “Do you remember?”). It’s the children’s board game that the legendary Twin Cities band Hüsker Dü named themselves after. By proxy, this is the most punk boardgame of all time. I’d never seen one in the wild before, and I kind of regret not scooping it up. And since we’re on the topic, here’s my favorite Hüsker Dü song. 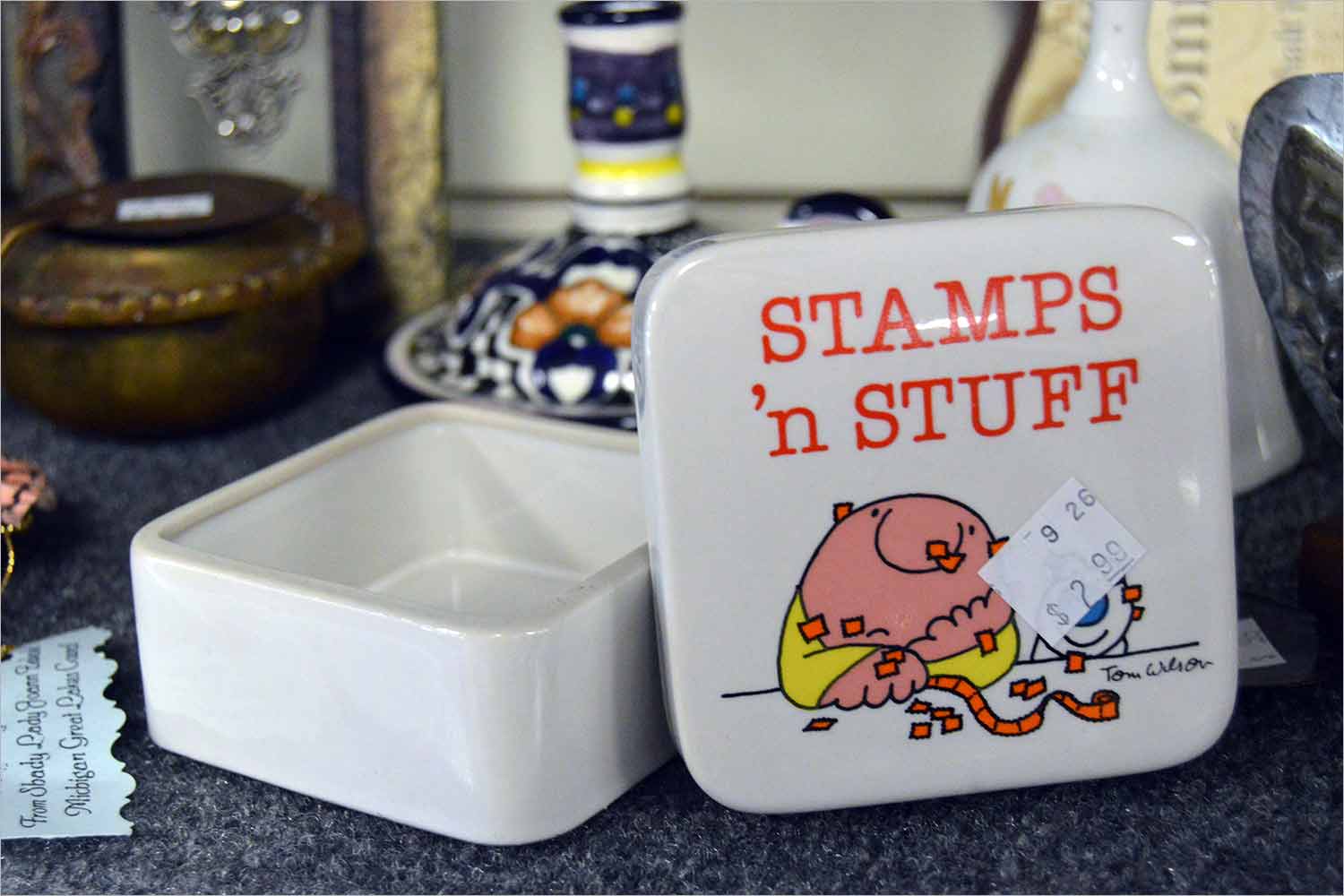 Let’s be honest: you’re gonna put your weed in here. 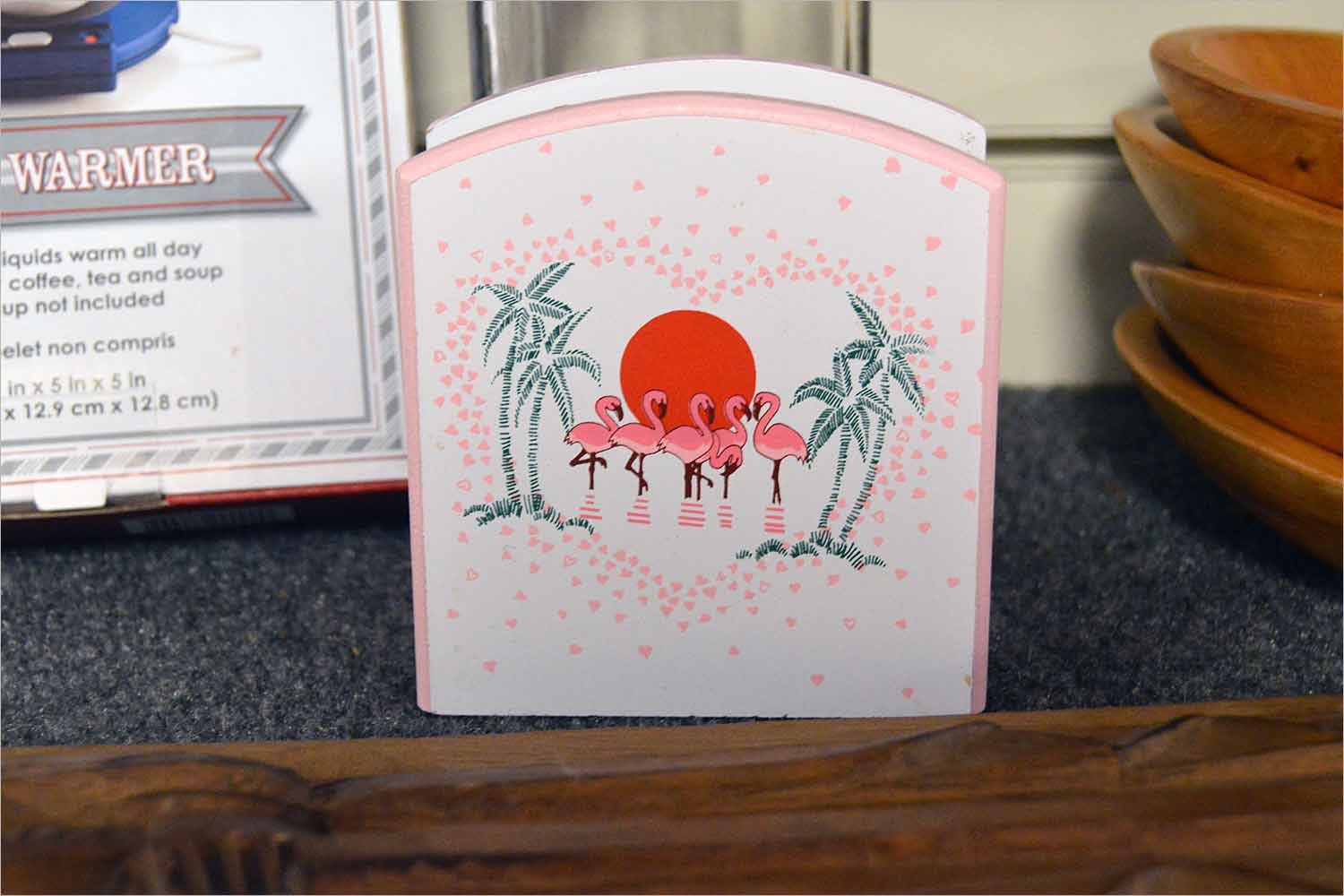 Forward Madison FC’s season just ended, but your kitchen could be #FullMingo year-round. (I nearly bought this but was unfortunately convinced otherwise.) 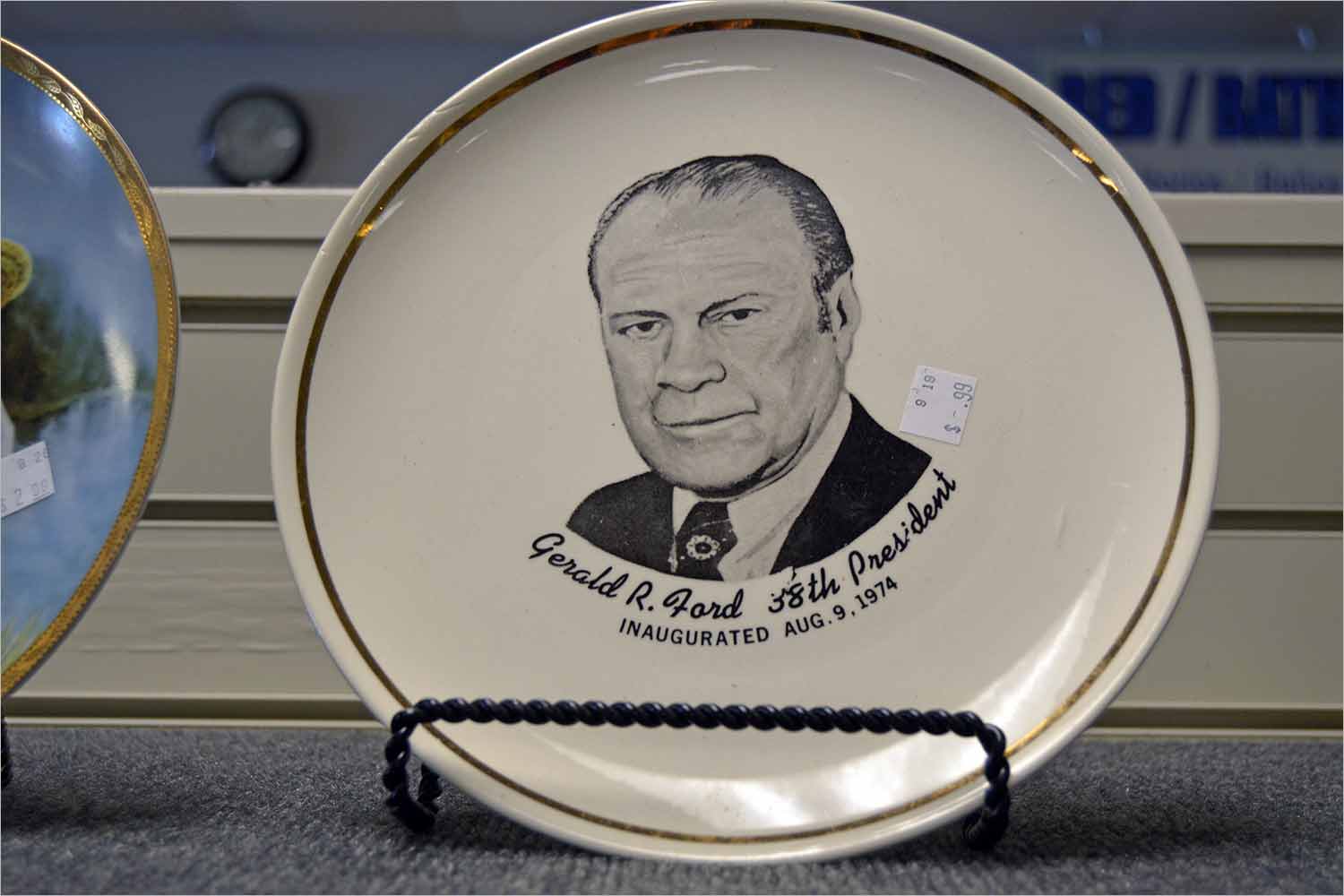 Clearly, I have some sort of predilection for finding presidential plates. It seems as if the universe itself is telling me to start this odd collection. And I would buy this, but I think every time I saw it I would end up with Dana Carvey’s voice rattling around in my head all day. 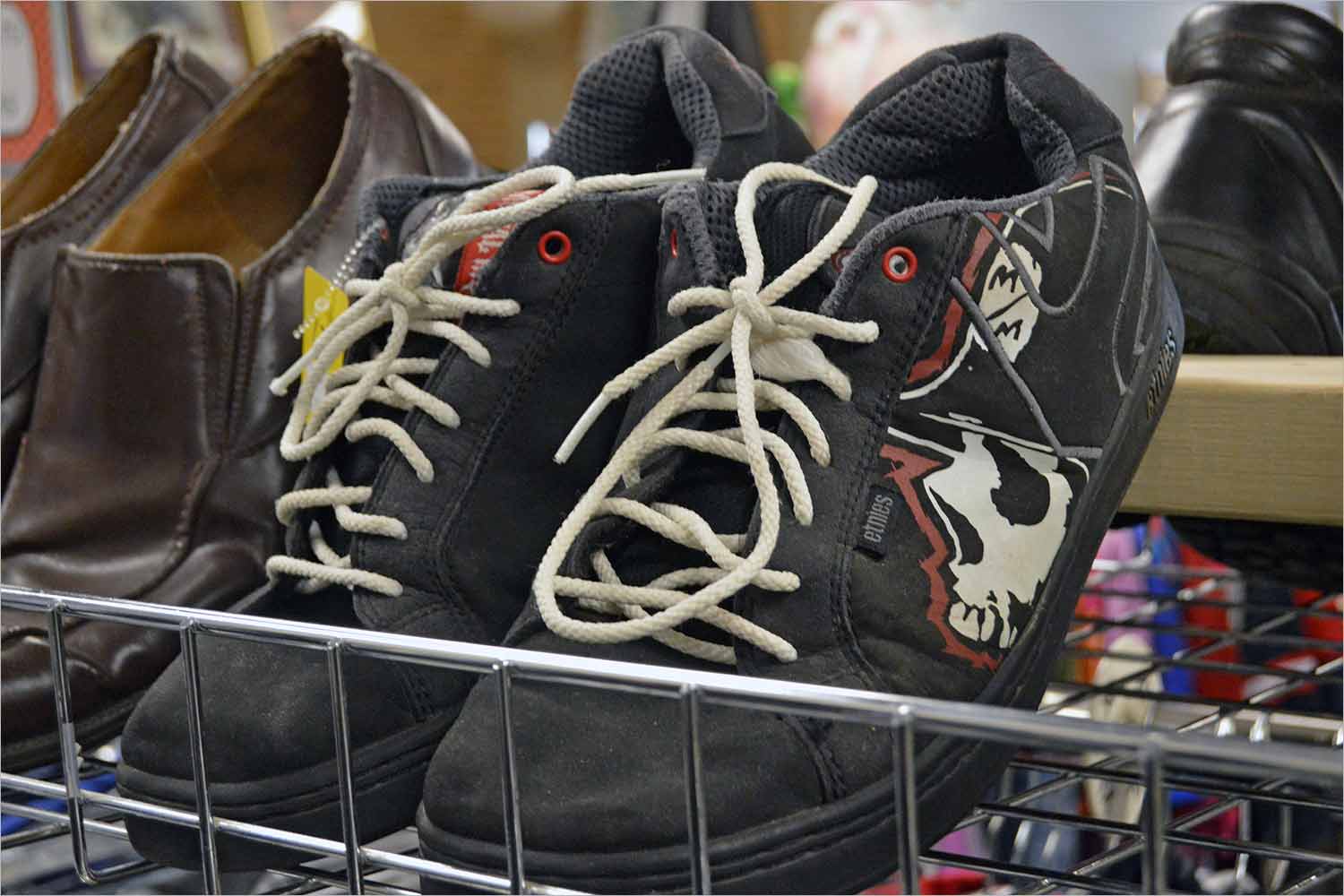 Dude, check these out. Metal Mulisha Etnies in size 13. So fucking tight, bro. Perfect for popping ollies on that Walmart skateboard. But seriously, there’s a powerful middle school delinquent energy wafting off these kicks. There’s no way these didn’’t used to belong to someone named Cody. I’d bet my life on it. 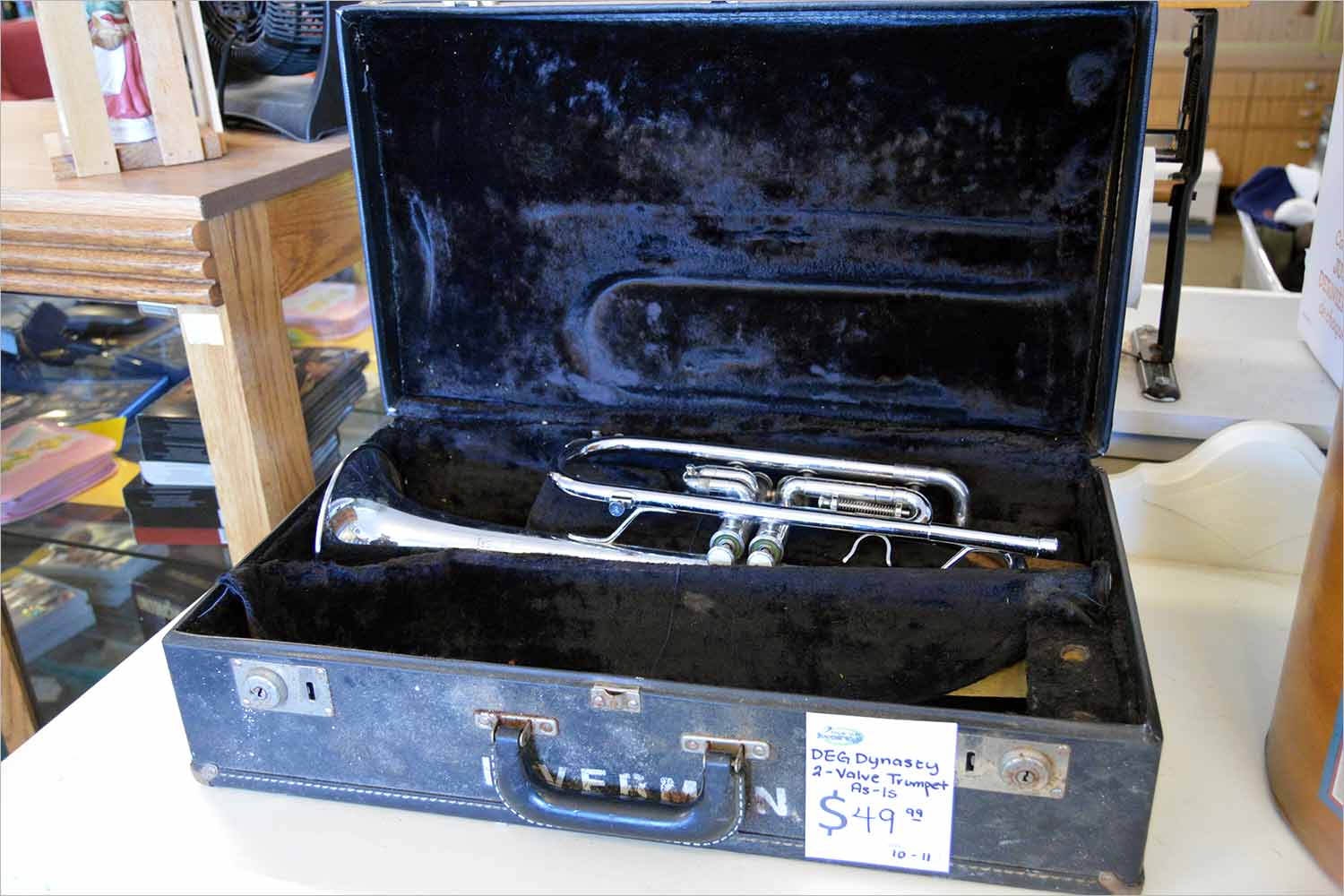 This DEG Dynasty two-valve trumpet is the most tasteful way to annoy your neighbors I can think of. If you’re going to get a noise complaint, do it while channeling your inner Miles Davis. Just make sure to give it a very thorough cleaning if you’re going to put your mouth on it, though chances are it’s been in that case since before you were born. 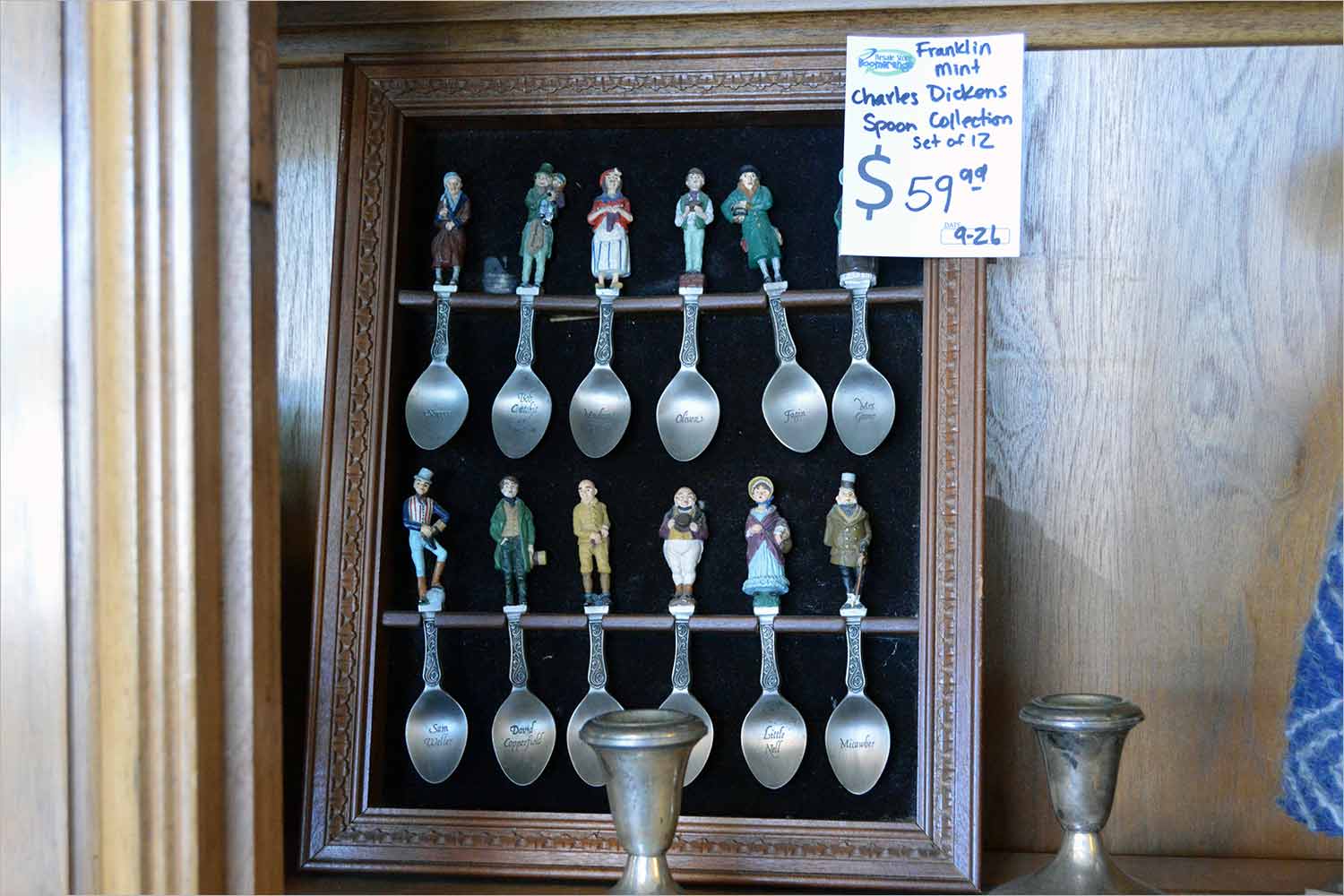 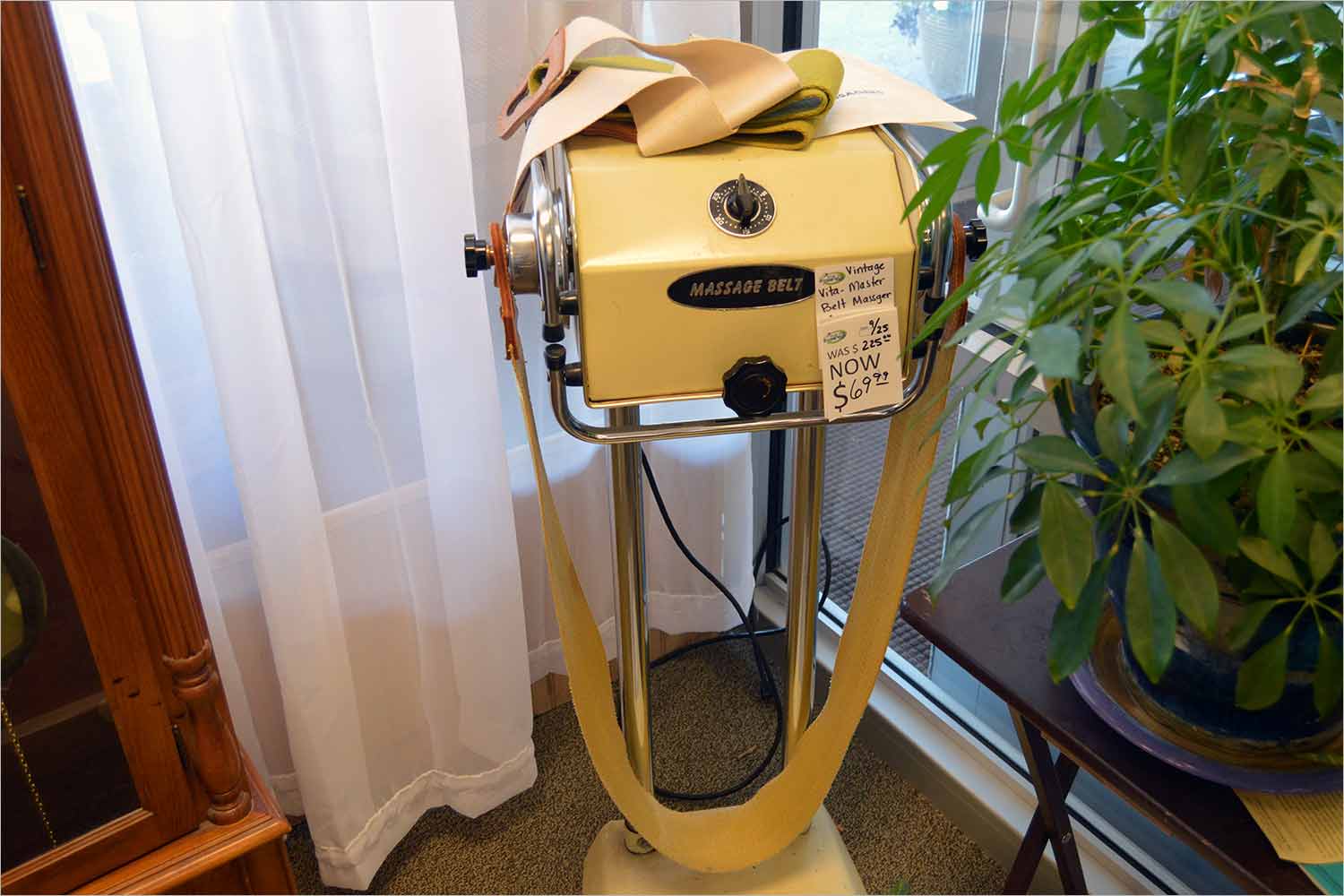 I understand that a long time ago, using one of these hell machines was a normal thing to do. Some depraved individuals might have even found it enjoyable. But in 2019, this antique massage belt looks more like a medievel form of torture than a method of relaxation. To be honest, I’d probably rather be put on the rack than have my love handles jiggled furiously by this contraption.