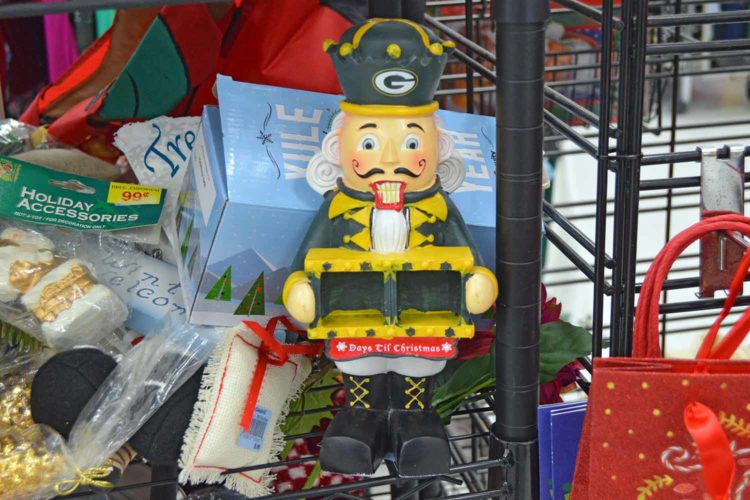 For this go-round, I wanted to step outside of my north and east side bubble and decided to hit up the Goodwill on Verona Road after visiting Garth’s Brew Bar. And since it’s the holiday season, I wanted to make this A Very Special Edition of Let’s Go Thrifting. Thankfully this Goodwill had a fantastic selection — and a pleasing soundtrack I can only describe as “Christmas trip-hop” — so there’s no shortage of non-denominational wintertime cheer to deliver.

The little dude pictured above is designed to look like a nutcracker, but he doesn’t even crack nuts. Beyond that, his one purpose is to count down the days until Christmas — but his little number blocks are missing! He is rudderless, adrift in an uncaring world. But at least he can take solace in the fact that the Packers have already clinched a playoff berth. 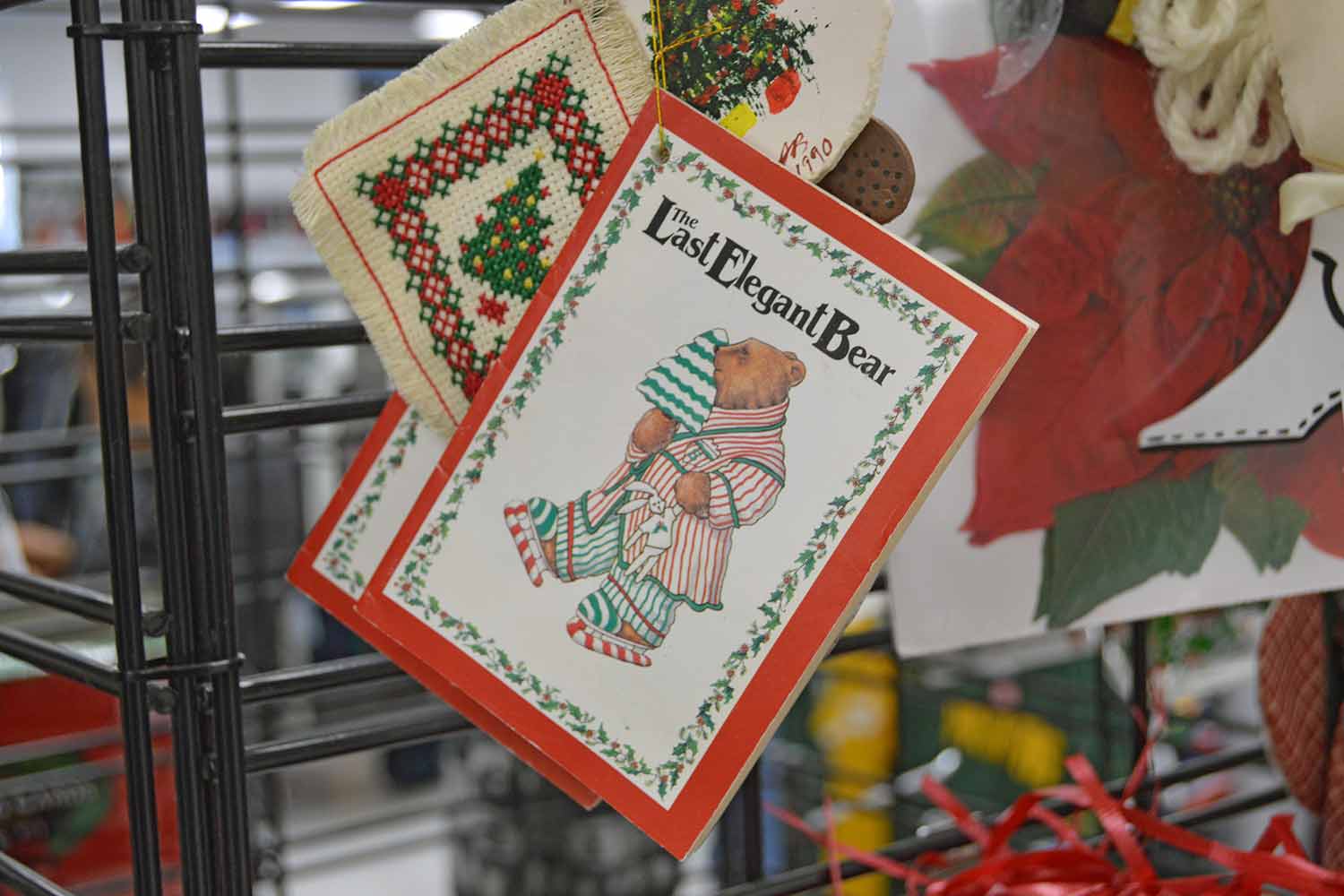 If you thought this would be a continuation of Dennis Kyle’s 1983 children’s book, you’d be sort of right. The ornament does feature the titular character (whose name is “Abiner Smoothie”) on the cover, but the interior is blank. I take that as an invitation to write a little holiday-themed fan fiction about my favorite fancy forest-dweller: Humphrey, the Bear Who Fucks. 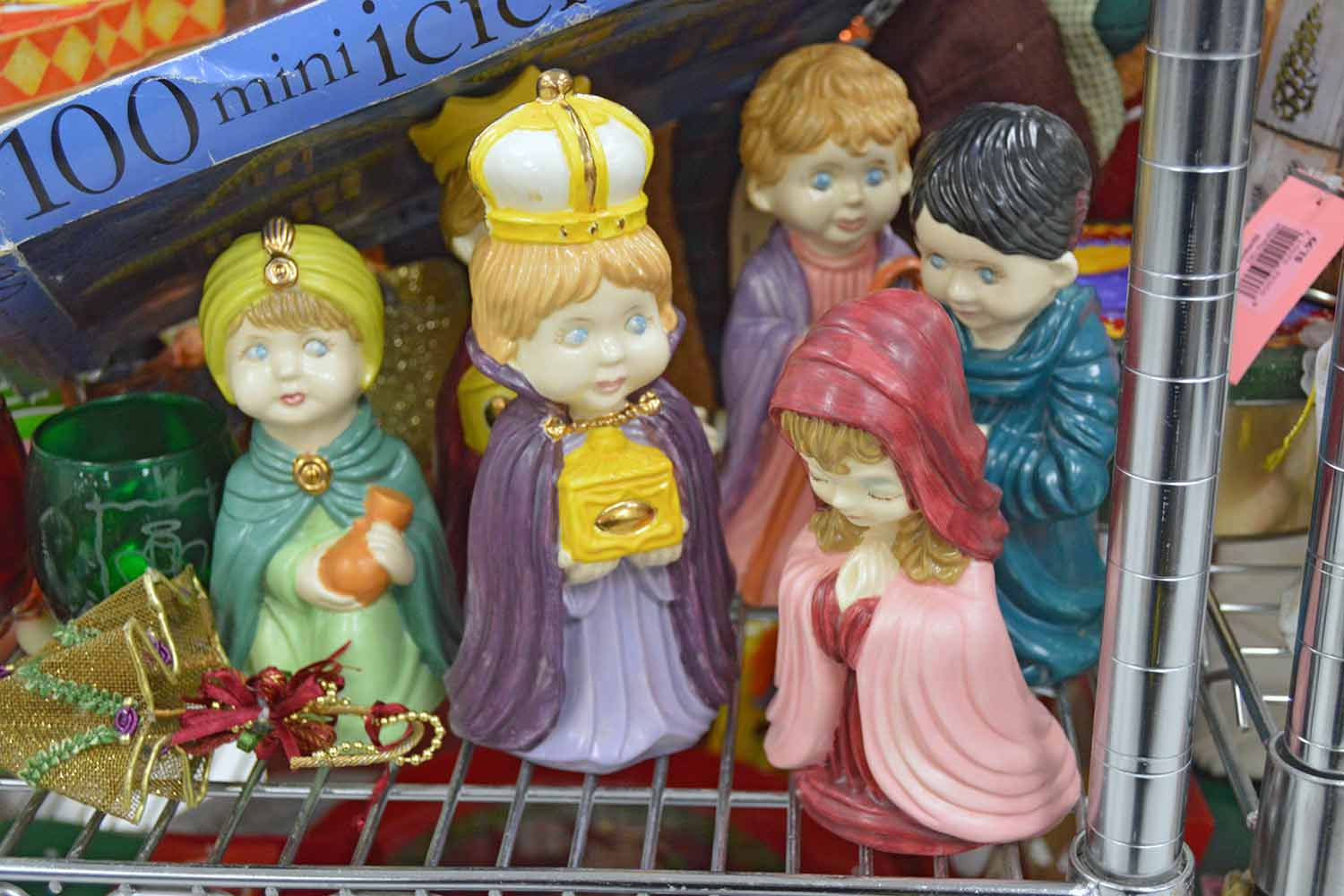 Nope. No, no, no. I believe these are supposed to be nativity figurines, created by someone who wants baby Jesus’ first moments to be filled with horror. It’s the only explanation I can offer for their lifeless, glassy eyes. That said, there is some legitimately fucked up stuff in The Bible. The Old Testament may as well have been written by David Lynch. 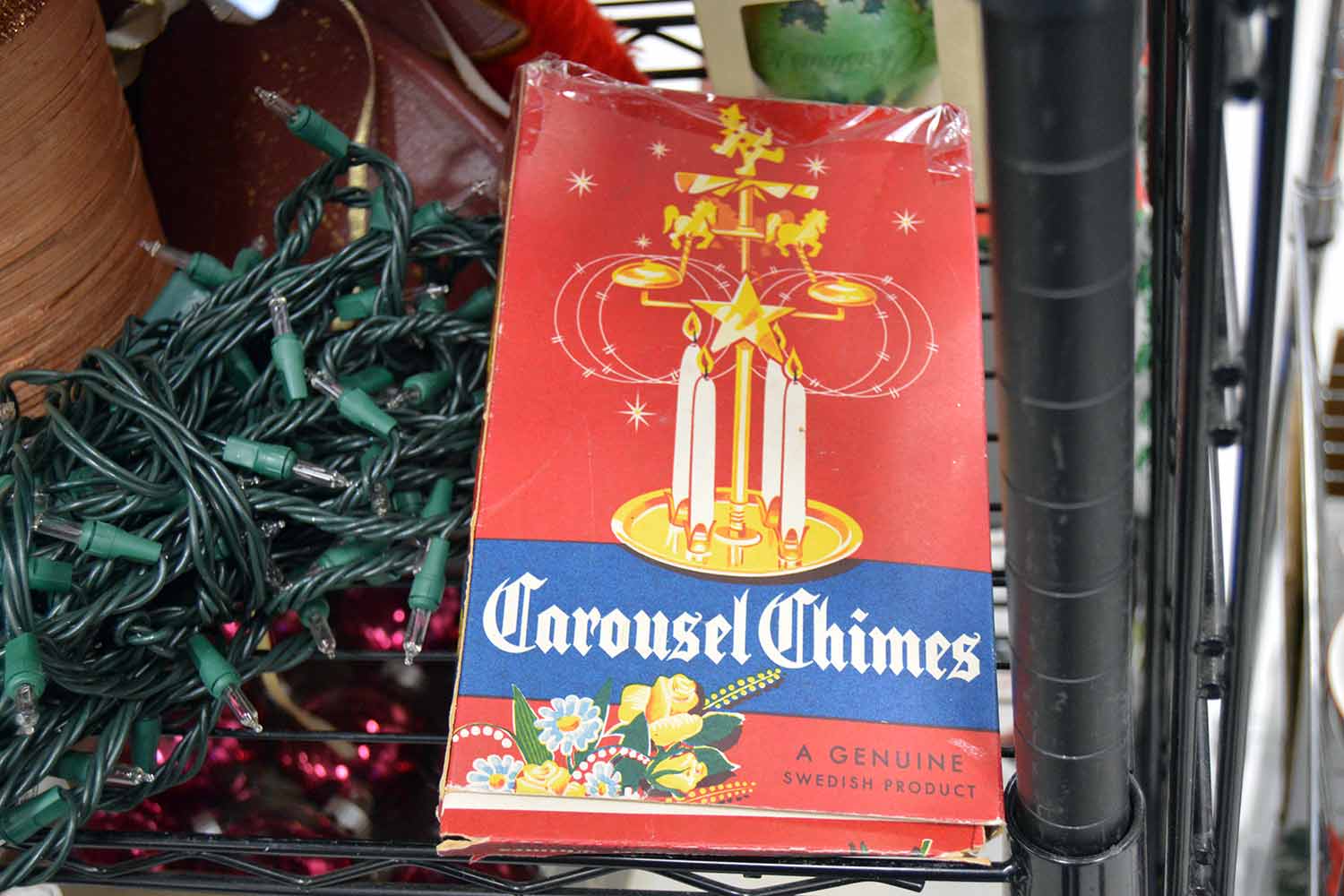 If Sweden’s chimes are as good as their fish-shaped candies, this is an absolute must-buy. (As long as they are easier to put together than Sweden’s furniture.) 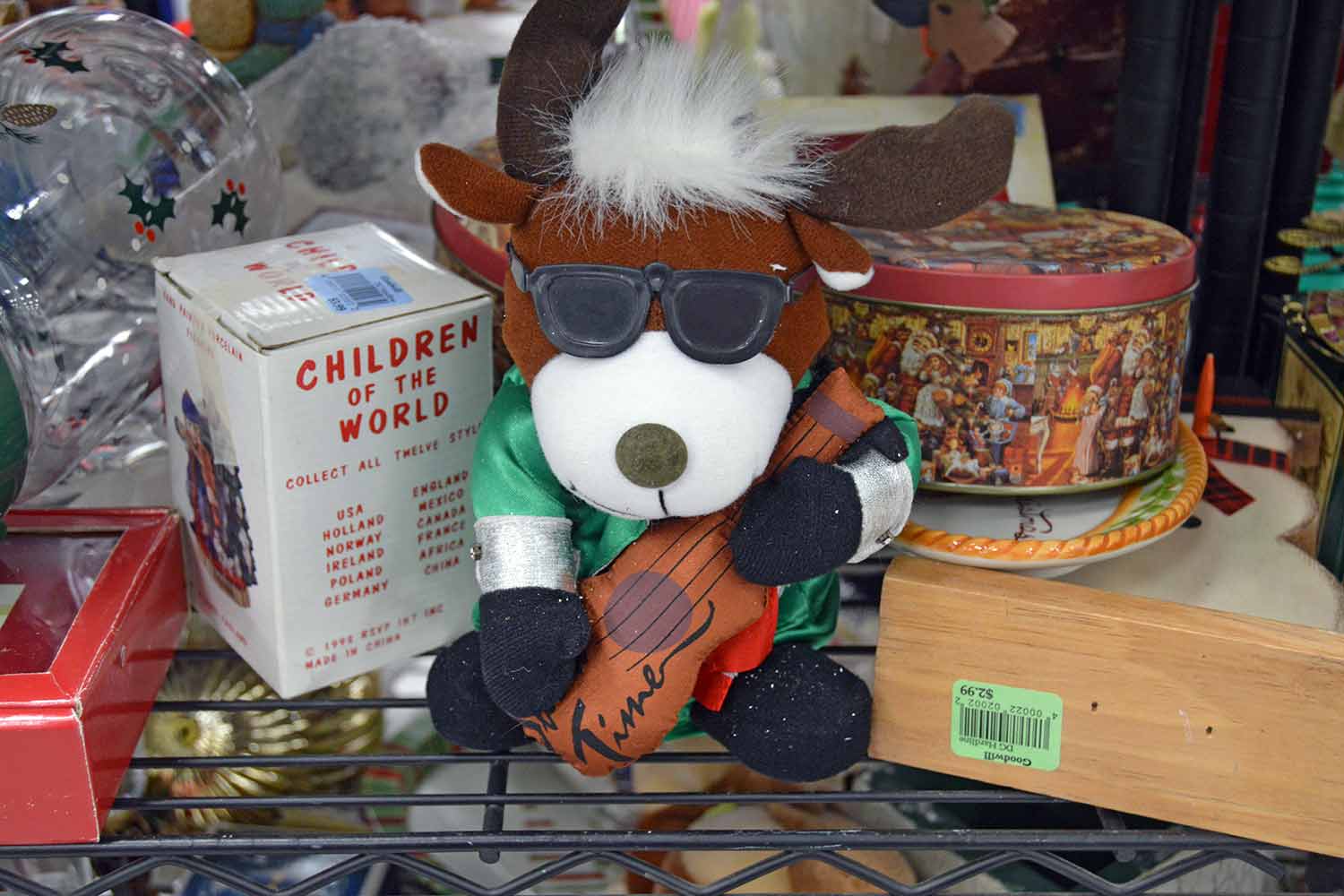 This shredder’s batteries were missing, so unfortunately I can’t tell you what song it’s supposed to play. But I have an idea: Meet Noel, Santa’s tenth reindeer. He was kicked out of the North Pole because he wouldn’t stop playing “Wonderwall” at parties. Let’s hope the man in red has a change of heart and gives Noel some new chords (and batteries) for Christmas. 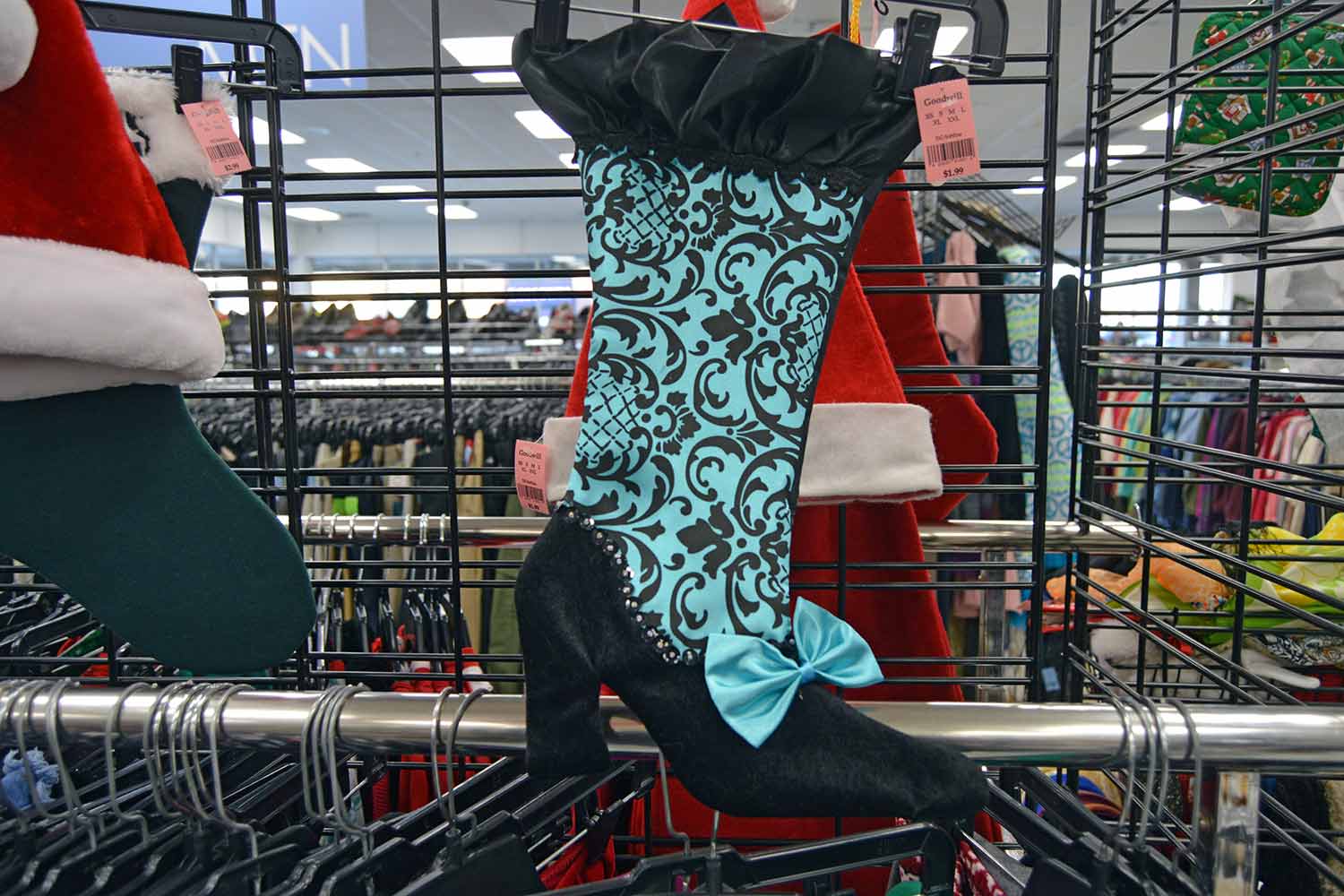 I don’t even know what to say here, other than it makes me think about Annie’s “Teach Me How to Understand Christmas” song from season three of Community. Boop-y, doop-y, boop doop… SEX. 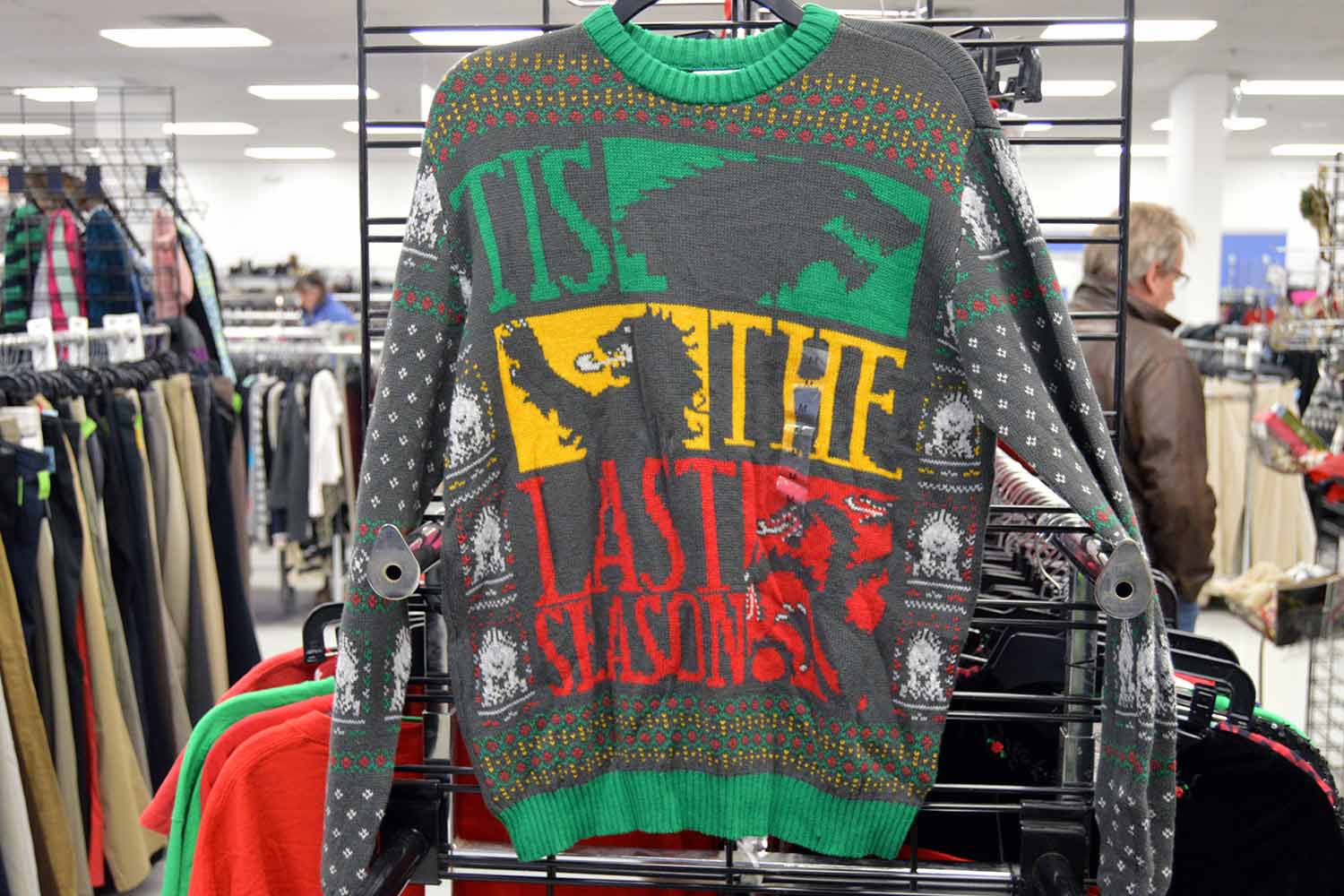 Why any self-respecting fan would want to remember the last season of Game of Thrones is beyond me. But I suppose the gaping plot holes and amateurish writing of the HBO series’ final six episodes add to the ugliness of this very ugly holiday sweater.

I would be remiss if I didn’t also look at this Goodwill’s selection of non-holiday stuff, so here are a few of the all-season highlights: 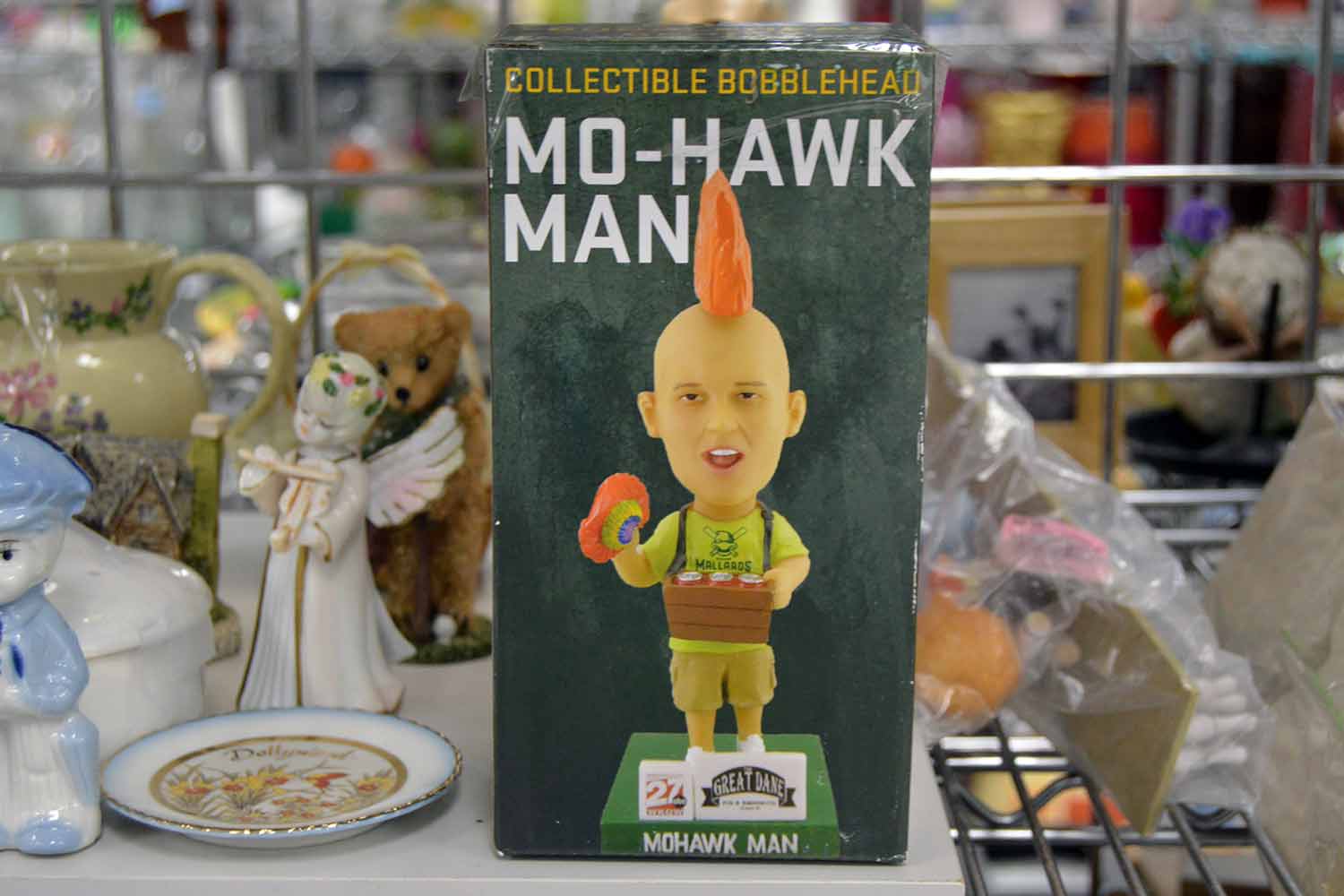 I always thought it was cool that the Madison Mallards made a bobblehead of a regular guy who worked at the park as a vendor. That’s some punk rock shit right there. And speaking of, Mohawk Man’s signature ’do makes this figurine’s head bobble even harder than one with a normal haircut. You can’t pass up that extra bobble. 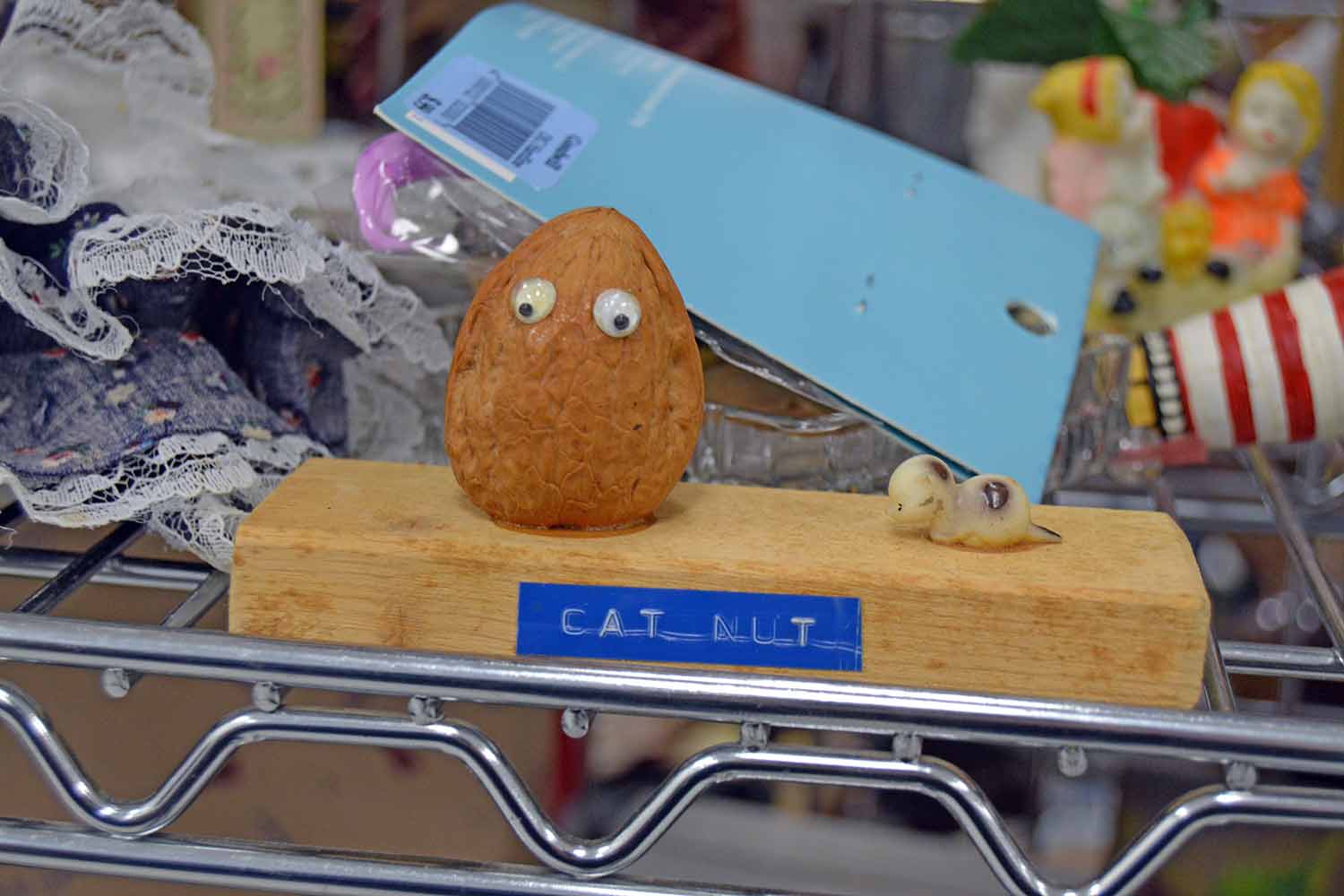 What even is this? Who is Cat Nut for? Why does Cat Nut exist? Is Cat Nut even real? Is anything real? I’ve been asking myself these questions ever since I made the decision to buy Cat Nut. Sorry, folks. This existential quandary is mine to figure out.

Price: Make me an offer 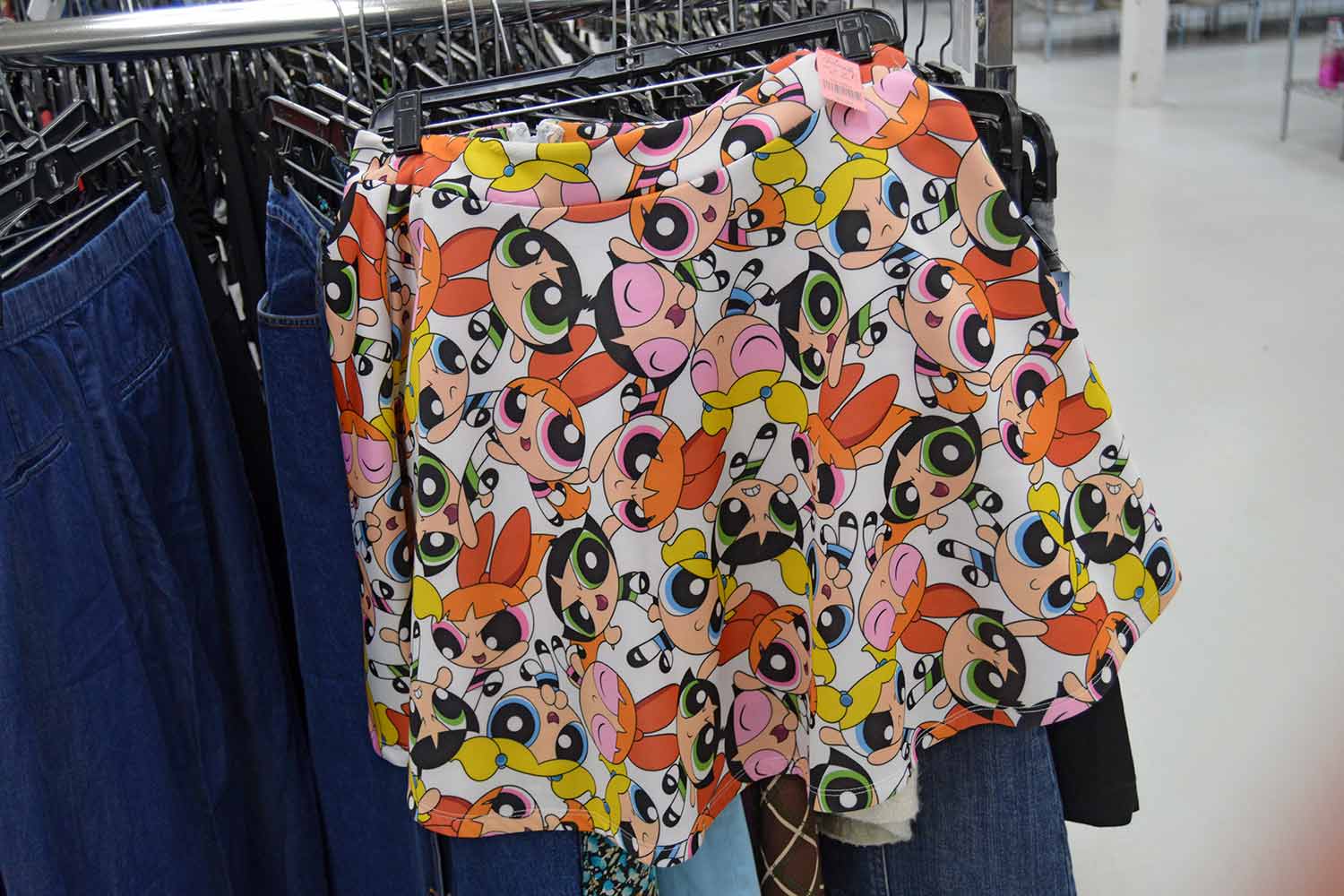 Unless you’re Gwen Stefani circa 2004, this would be a tough look to pull off. But if you think you can rock this, then you do you. Don’t let me tell you how to dress. I’m wearing Iron Man pajama pants as I write this, so I am clearly not the arbiter of taste. 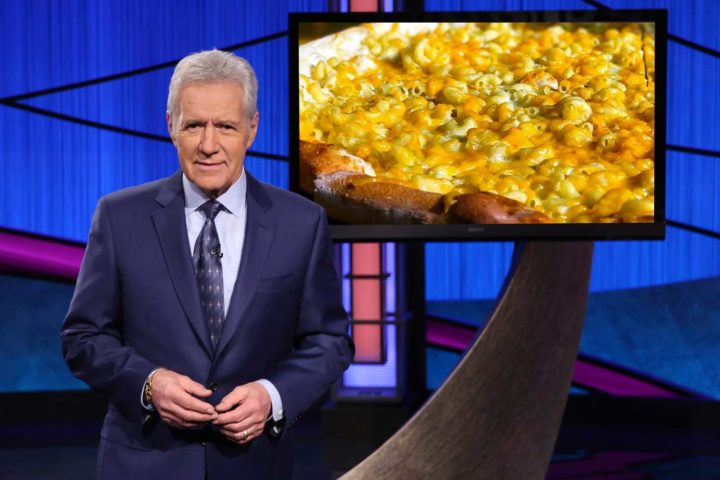