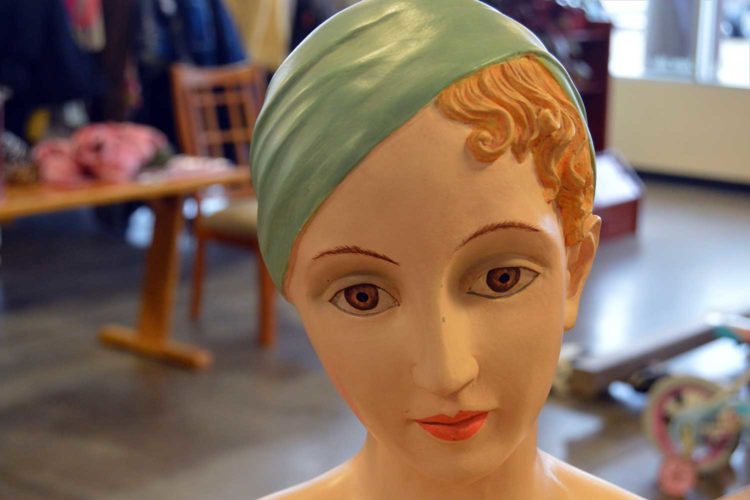 Goodwill Sun Prairie is across the parking lot from the Walmart pharmacy that keeps me properly medicated. As such, this edition was a matter of convenience. But I’ve had decent luck with this location before — usually in the realm of books or movies and the occasional wacky t-shirt — and had no reason to doubt it. And incidentally, on this trip I found some of the weirdest shit I’ve found to date at any thrift store. So there’s that.

Also, a reminder: I’d love to hear suggestions of non-chain shops in the Madison area. So if you have an idea of somewhere I can go digging that isn’t a Goodwill, St. Vinny’s or Salvation Army, please email me. (Or just email me in general! Let’s be pen pals.) 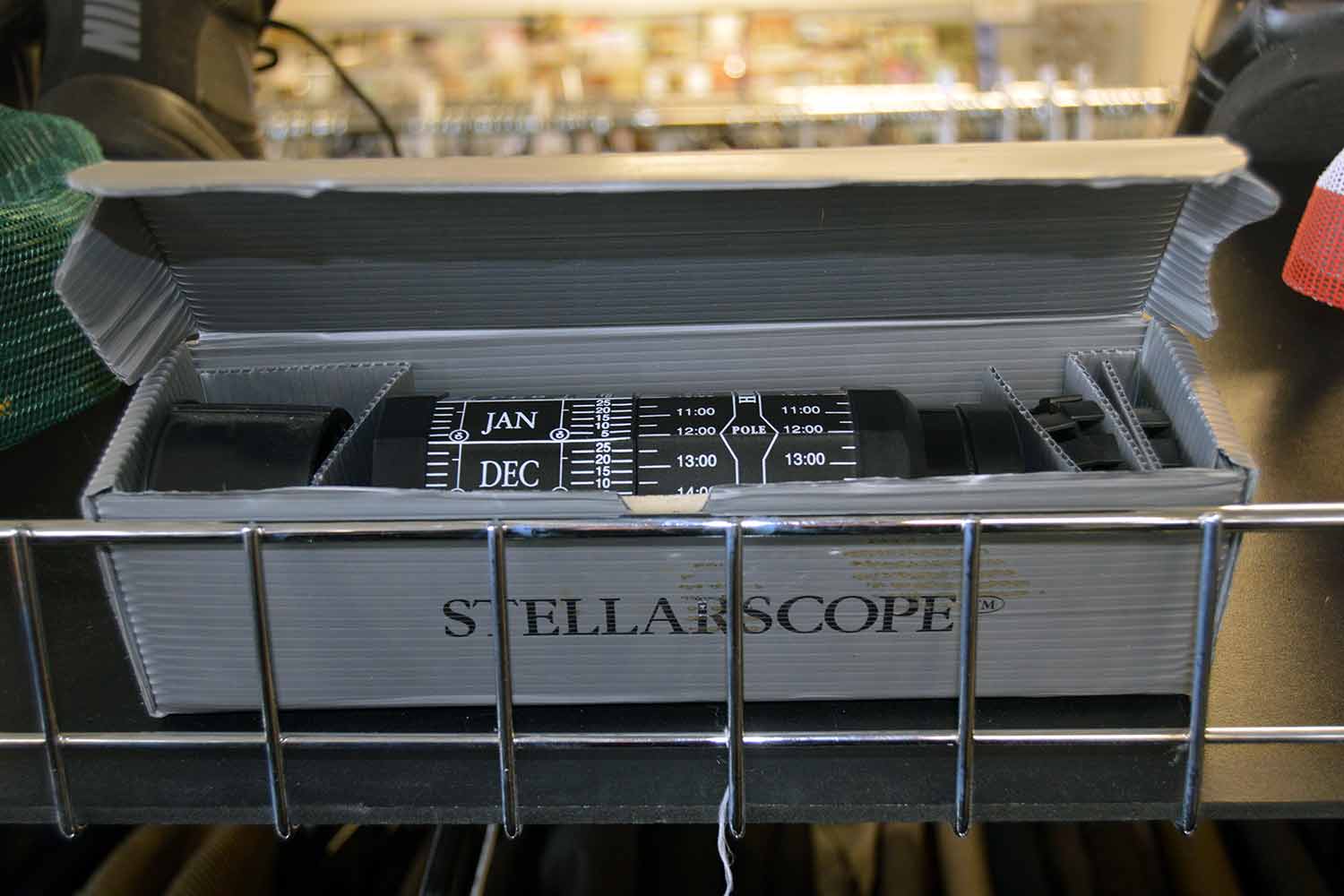 To be honest, I had no idea what a Stellarscope was before encountering one for this piece. But being the Intrepid Reporter™ that I am, I did my research. A stellarscope is a device used to locate stars and constellations, which sounds awesome and now I immediately regret not buying it. Also, I feel like an idiot for not having learned what a stellarscope is by this point in my life. But in my defense, I went to film school. I don’t know anything. 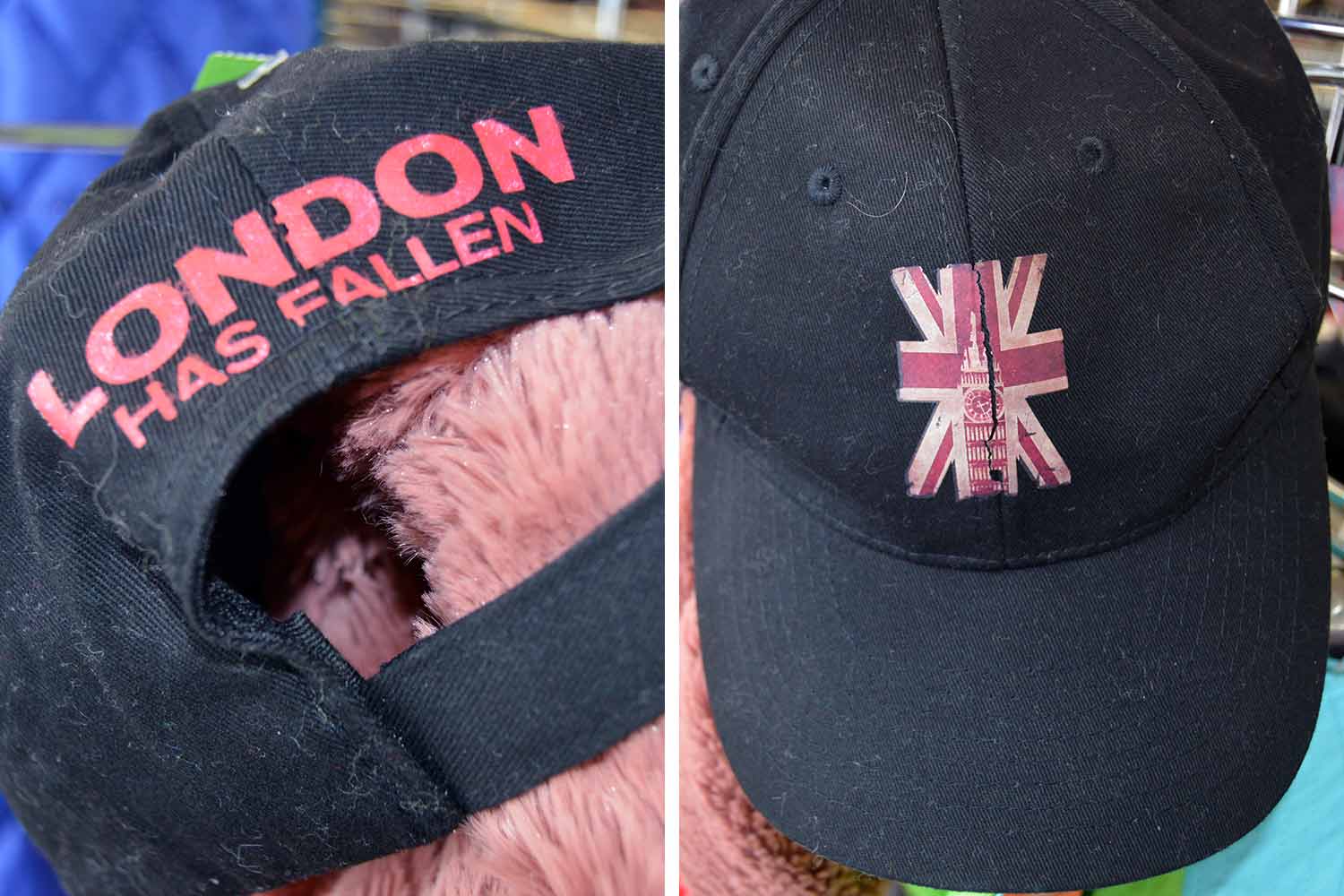 Speaking of my cinematic education, I can tell you with expert opinion that Gerard Butler’s Fallen series is trash. The first, 2013’s Olympus Has Fallen, is acceptable at best. A solid “C,” if you will. The 2016 follow-up, London Has Fallen, was one of the most outrageously stupid movies I’ve ever seen. And from what I understand, last year’s Angel Has Fallen reaches new levels of dumb. But there’s a reason they keep getting made: people watch them! So if you’re one of the many Fallen stans out there, pick up this hat and tell the world loud and proud about the bad choices you’ve made. 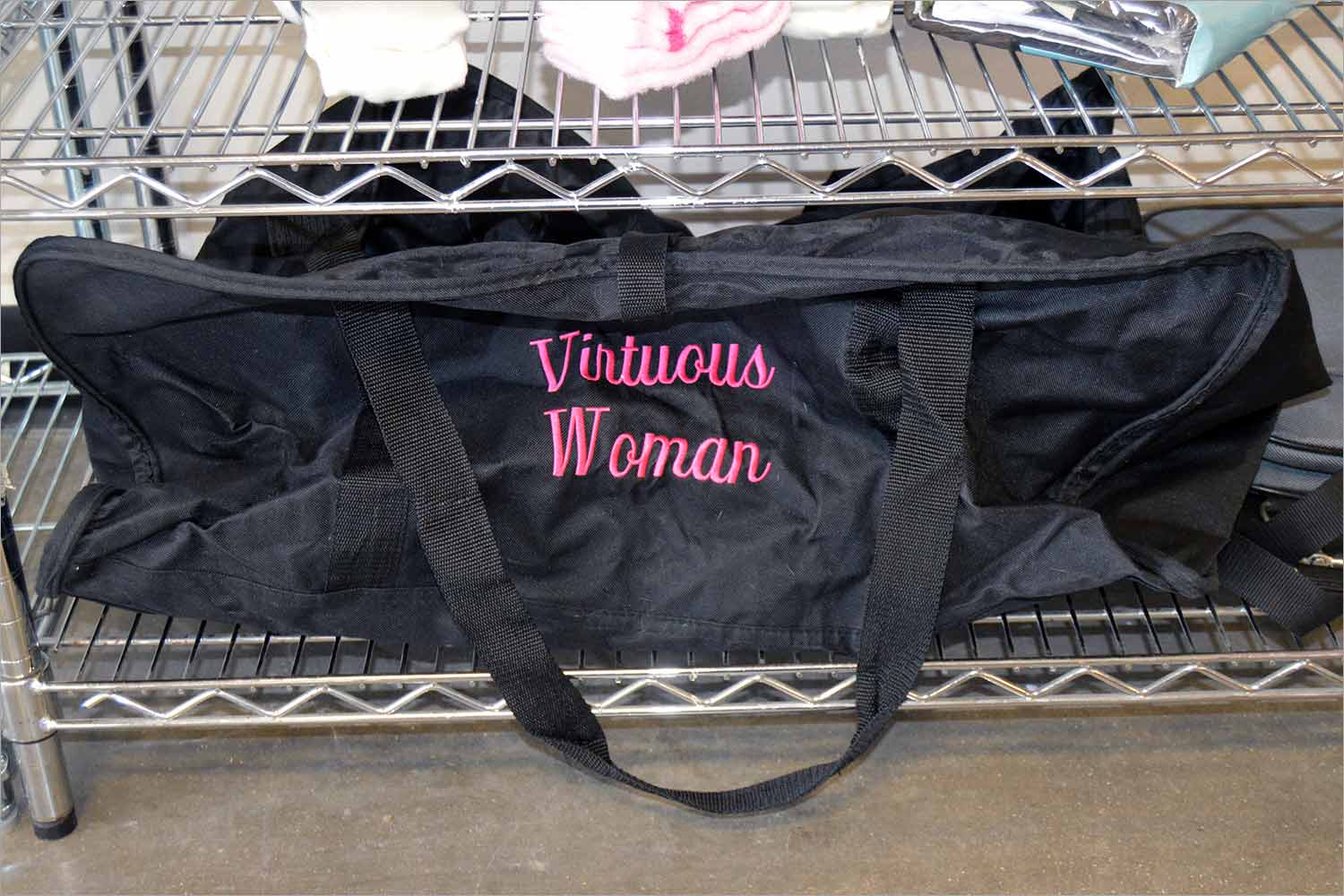 Have a virtuous woman in your life with an overnight trip planned? Because I’ve I got an oddly perfect gift for you! (Side note: I’d like to think this came from one of those spam pages with t-shirts that say nonsensical things like “Never mess with a VIRTUOUS WOMAN who was born in MARCH and loves WHEAT THINS!”) 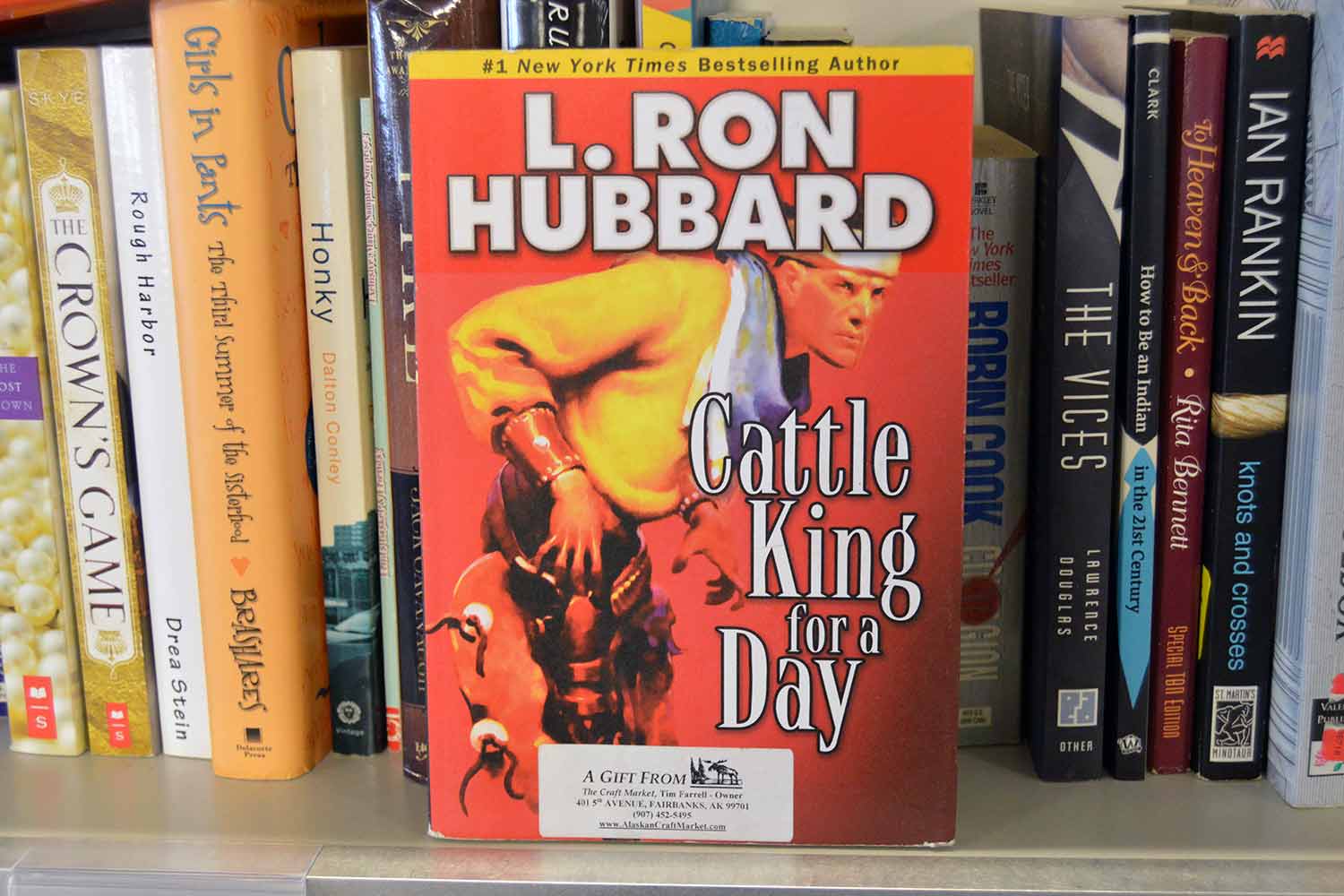 This collection of short western stories comes from author L. Ron Hubbard, otherwise known as the father of Scientology. Granted, Hubbard’s home-brewed, sci-fi religion is an entirely different wormhole to fall into, filled with intrigue, mystery and, if At the Drive-In/The Mars Volta singer Cedric Bixler-Zavala is to be believed, retaliatory dog poisonings. (On second thought, maybe don’t buy the book.) 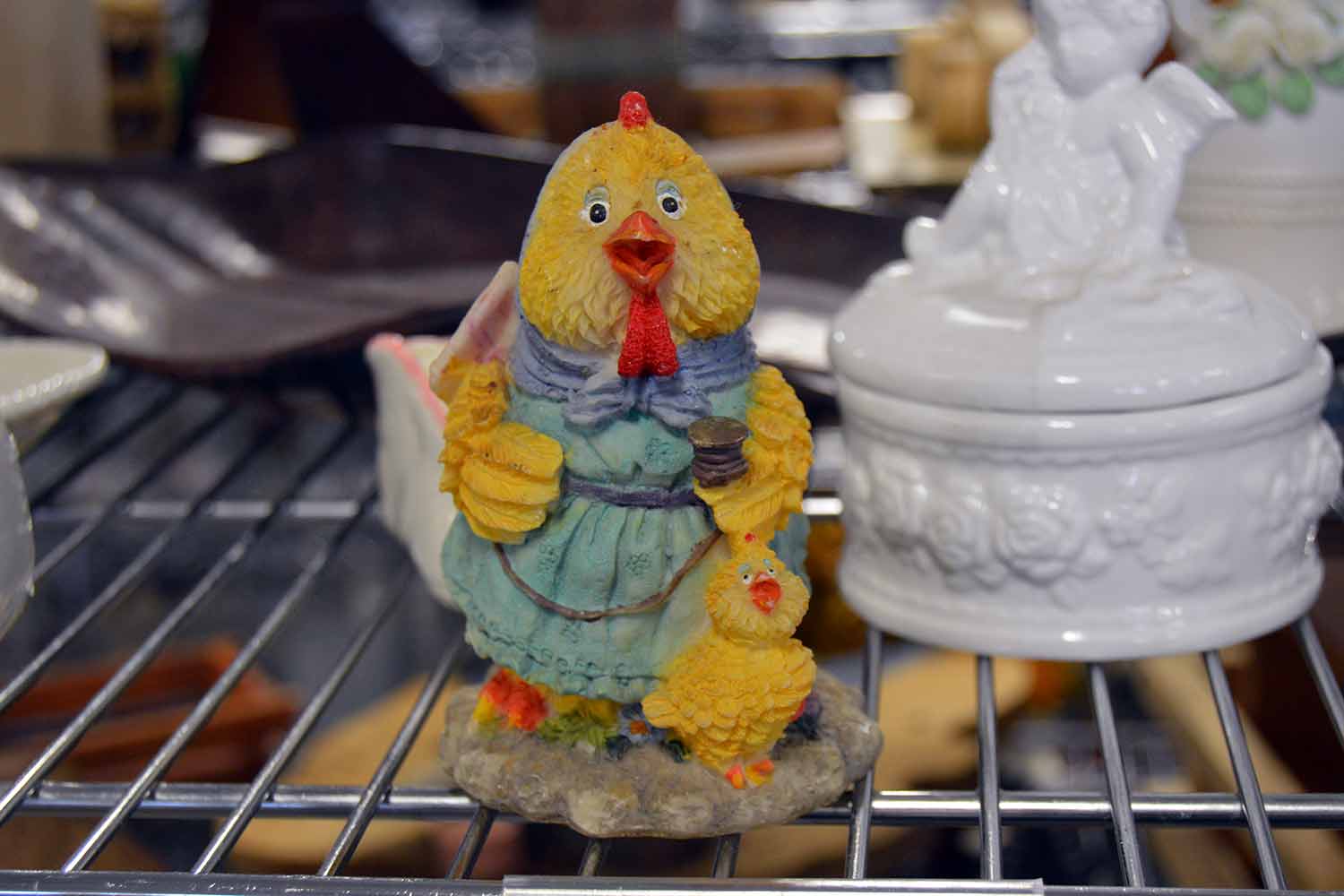 This has big “grandma’s house” energy. (Also, I just think they’re cute. What of it?) 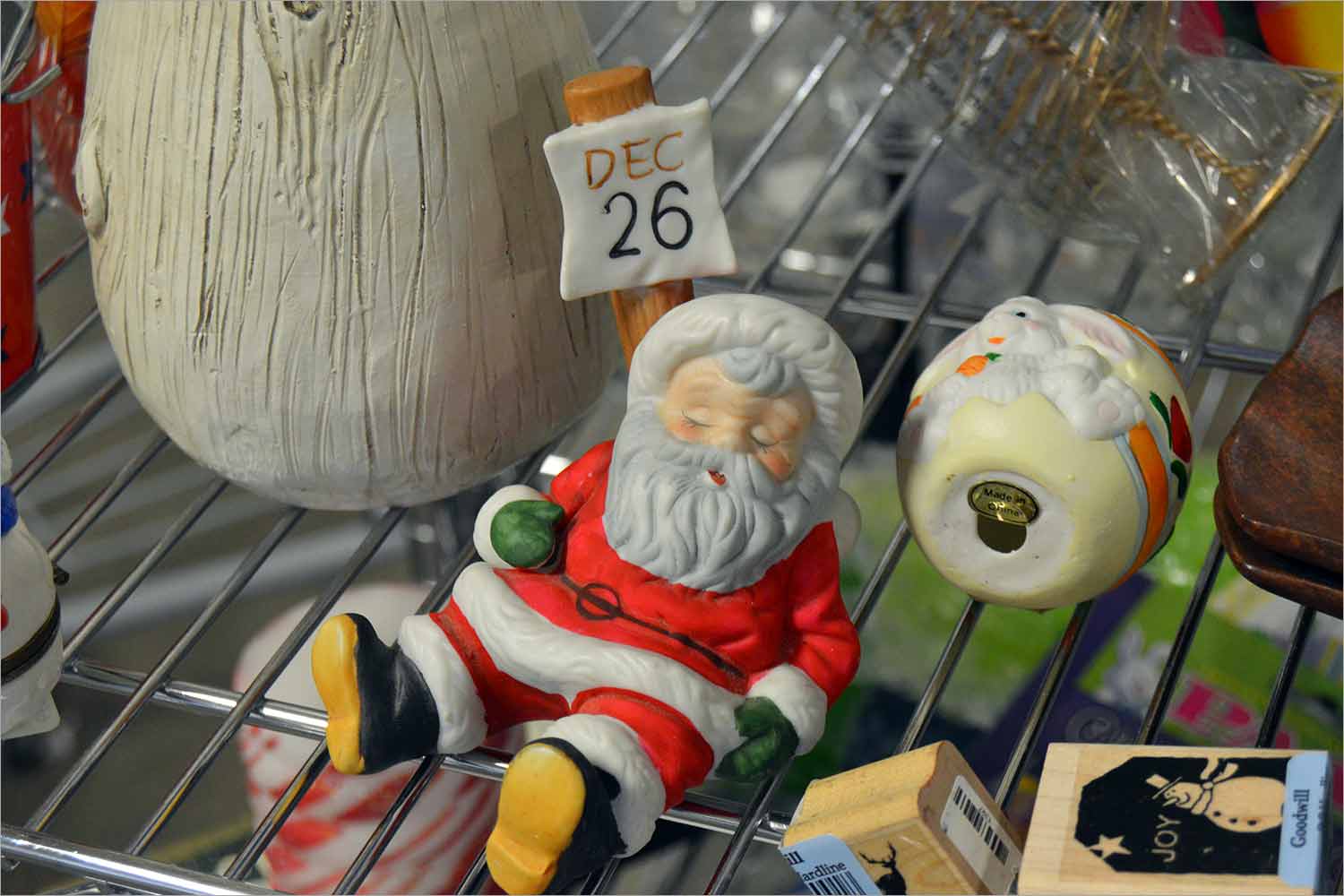 As soon as Santa finishes his deliveries on Christmas Eve, it’s time to party. So it shouldn’t surprise anyone that the big guy probably spent most of Christmas Day in a stupor, maybe doing whippets with Noel the reindeer. And he’s understandably taking Boxing Day to sleep off his hangover. 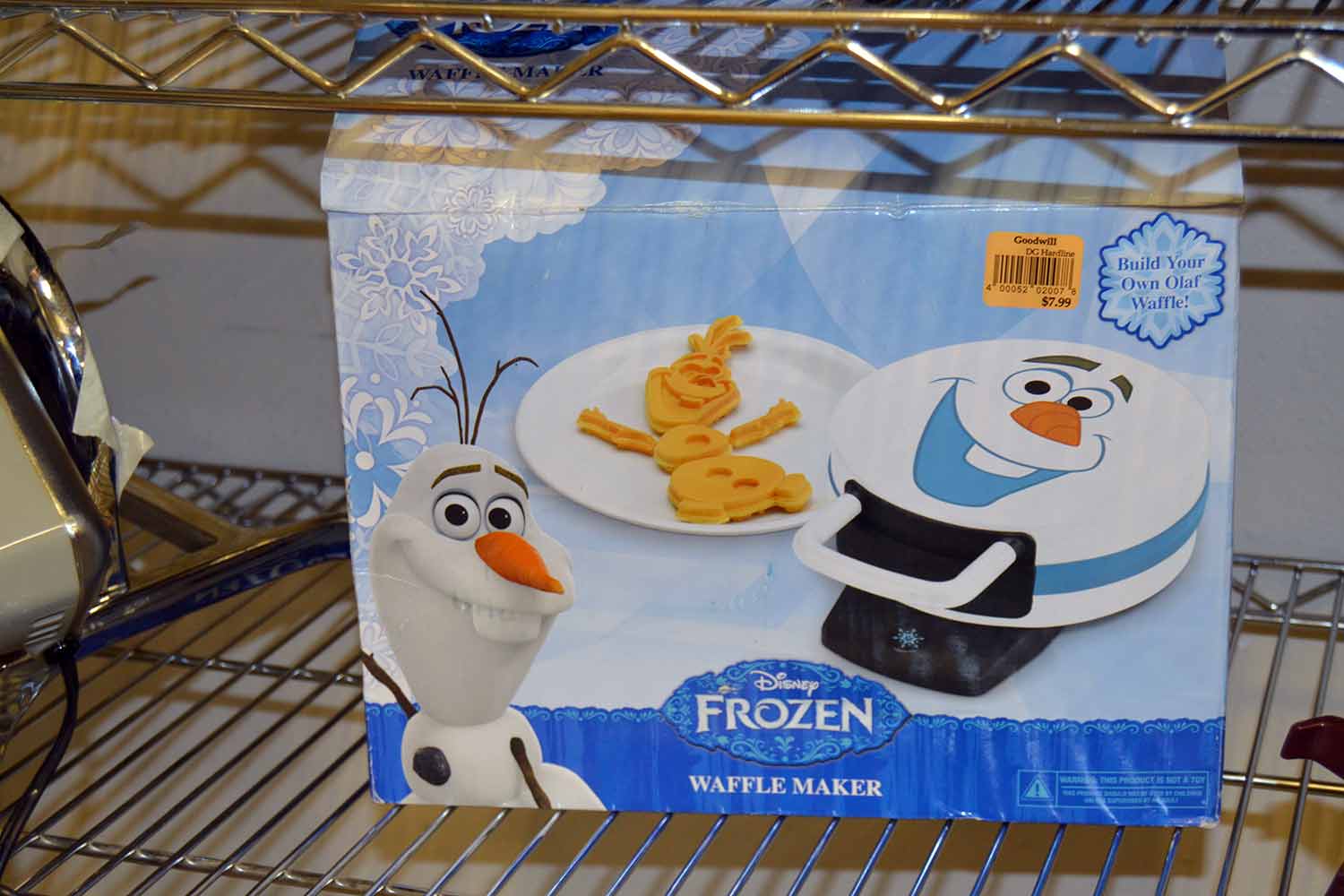 Though I’ve never seen the film, kids fucking love Frozen. I’m convinced you could box up a dog turd, slap Elsa and pals on the side and sell millions of them. Anyway, this particular piece of Frozen swag is much more appealing: it presses waffles that look like the movie’s snowman sidekick Olaf. And at the very least, hot and fluffy waffles are much more palatable than dog poo. 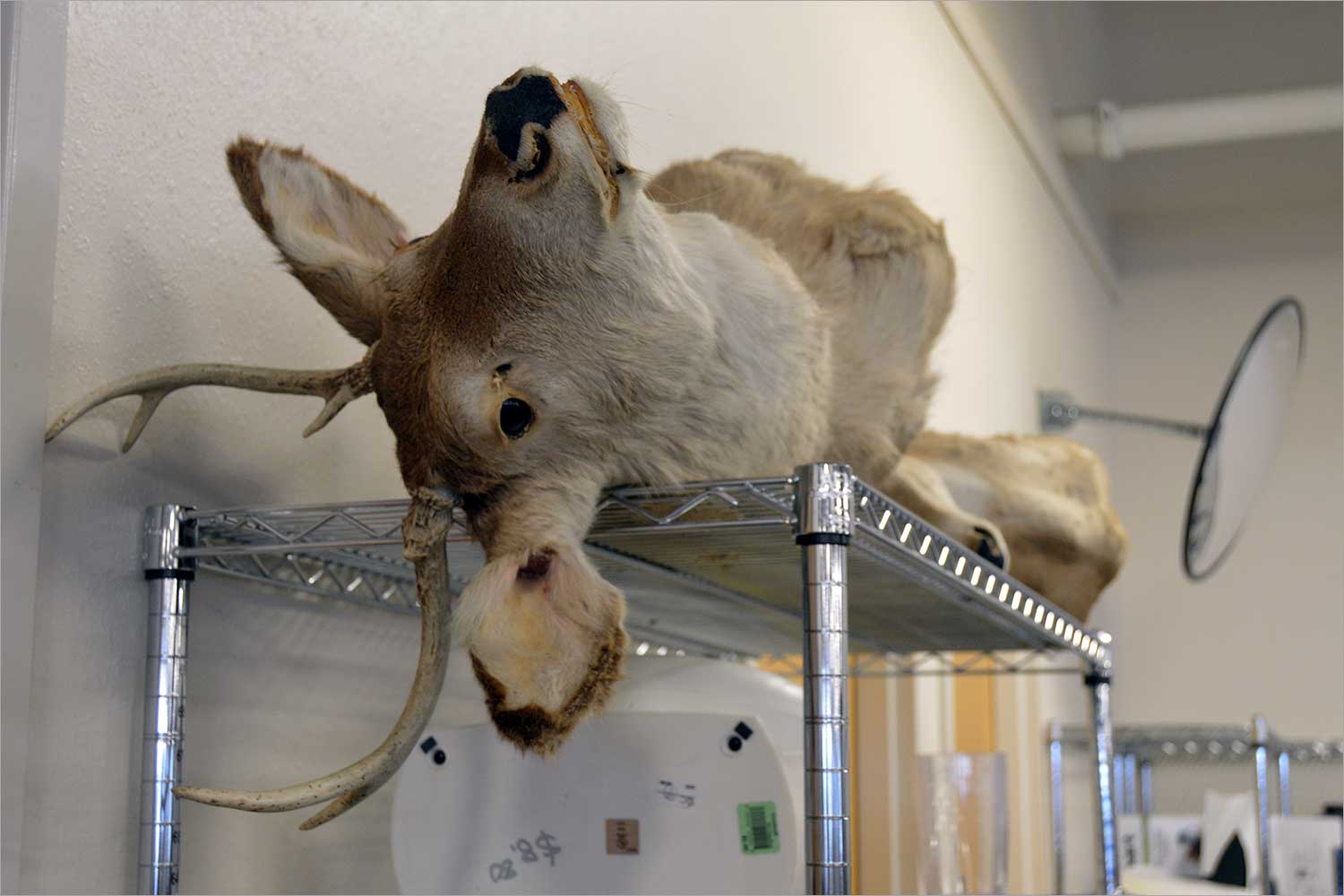 I’m a little surprised I’d never seen a hunting trophy on one of my previous thrift excursions. Apparently these deer weren’t doing it anymore for the sportsperson who bagged them. That means you can now have their cold, lifeless eyes mounted on your wall without ever having to freeze your ass off in a deer blind. I would call this my creepiest find to date, but it pales in comparison to the true highlight of this particular Goodwill… 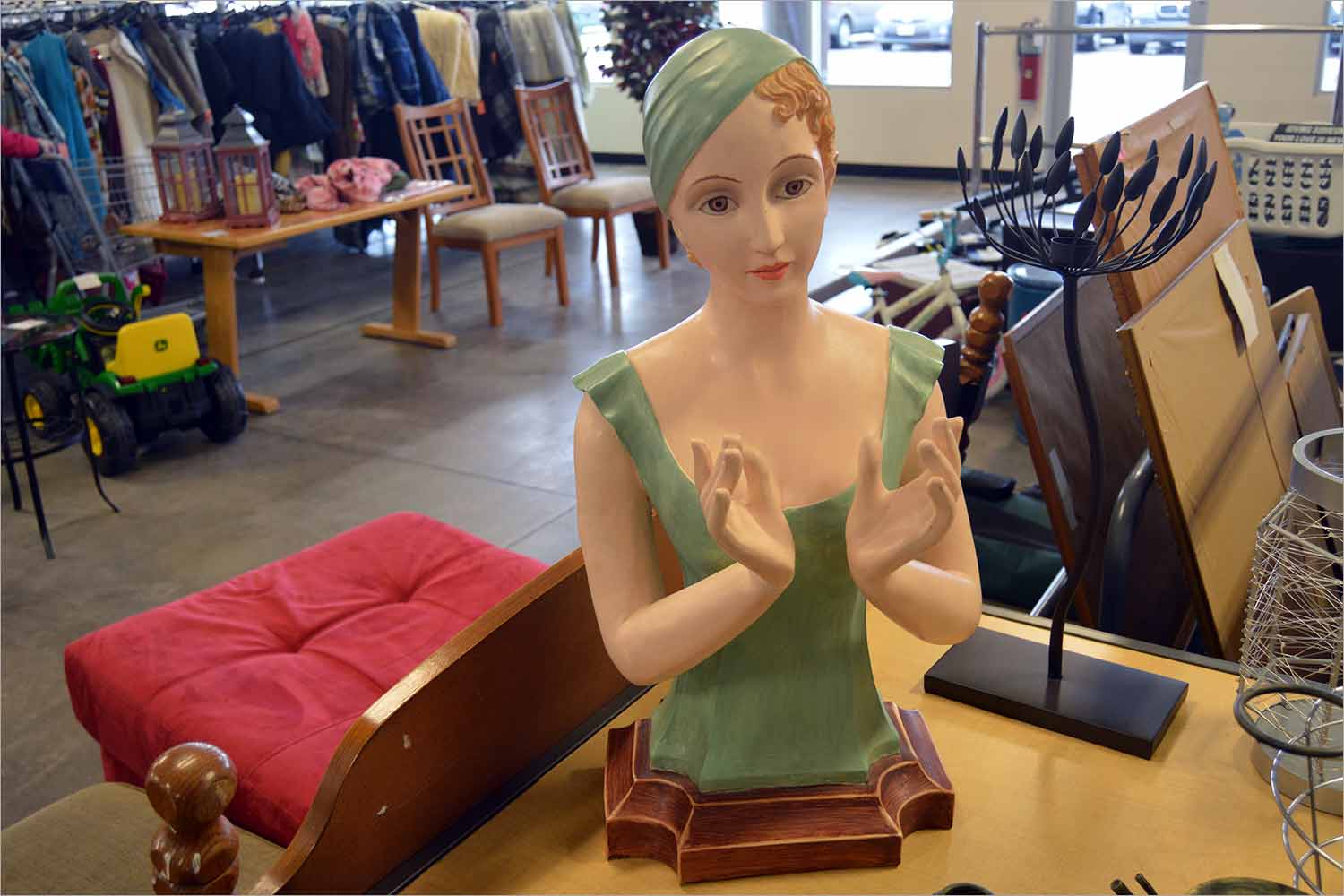 I’ve got a few questions here: What the fuck, and why? Who made this? Why does it exist? It’s an unsettling, wooden rendering of half a woman that I’ve named “Scary Carey” for a couple of reasons. One, it’s creepy as hell; the eyes seemed to follow me around the store. And two, it bears a striking resemblance to English actress Carey Mulligan. I can’t think of a practical reason to buy this, unless you’re an amateur sorcerer planning to enchant it and have it destroy your enemies. Or maybe you’re just a big Carey Mulligan fan. (And who isn’t? She’s wonderful.)