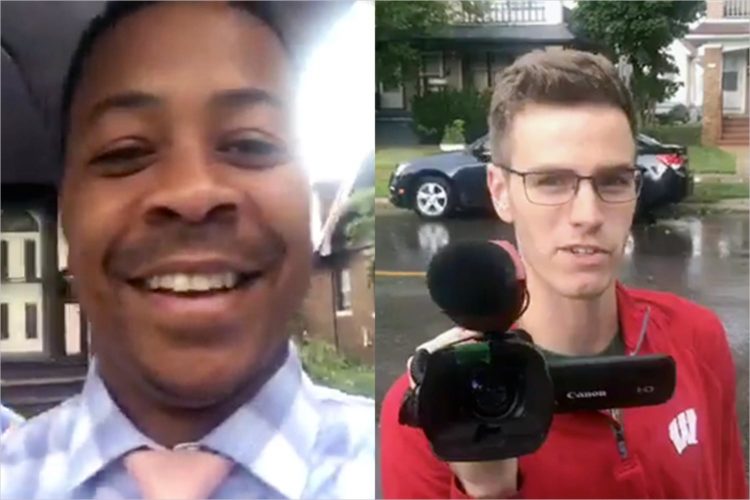 The race to unseat Scott Walker is in full swing, with the Republican incumbent currently trailing Democratic state school superintendent Tony Evers in one poll. But it’s Evers’ primary challenger Mahlon Mitchell who’s found himself on the other side of some of the Guv’s weirder tendencies.

While campaigning in Milwaukee on Wednesday, Mitchell — a City of Madison firefighter who’s also president of the Professional Firefighters of Wisconsin — was tailed by a “tracker” from the Walker campaign. According Walker senior adviser Brian Reisinger, this is a common practice in politics, the employing of a camera-holding stooge whose primary job is to get the person in question to fuck up on a hot mic. But Mitchell proved to be a few steps ahead of his tracker.

Instead of falling for the ruse, Mitchell whipped out his phone and started a Facebook Live video where he jovially questioned the tracker: “Why do you follow me everywhere? How much do you get paid?” Mitchell also claims in the video that the tracker followed him from Green Bay to Dodgeville, “trying to get me to say crazy things.”

The Walker campaign identified the tracker as Ben Stelter and accused Mitchell of bullying Stelter on the young man’s 23rd birthday, because if something happens in the news and a Republican can’t play the victim, did it ever really happen at all?

Mitchell has posted the strongest fundraising of anyone in the Democratic primary field, though all challengers are trailing Evers by quite a bit in the polls ahead of the Aug. 14 primary. Last week Mitchell scored the support of superstar California senator Kamala Harris, who called him a “proven leader” and “lifelong public servant and tireless advocate for working families.”