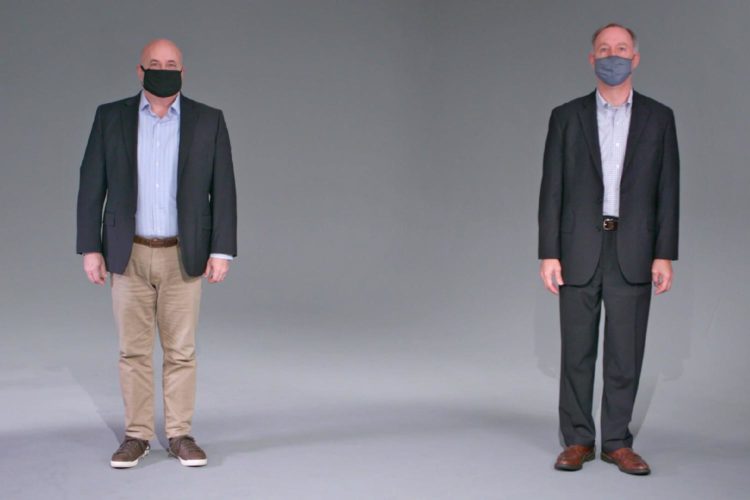 Mark Pocan is a Mac, Robin Vos is a PC, and we’re fucked.

COVID-19 has decimated the state of Wisconsin. After months of GOP inaction and cruelty, nearly 3,500 people here are now dead. The Republican-led state legislature hasn’t passed a bill in seven months, but don’t worry: Assembly Speaker Robin Vos is out with a new TV commercial to “stop the spread”! And it co-stars U.S. Congressman Mark Pocan, a progressive Democrat who debases himself in the process.

First off, guys, I don’t know if using a 15-year-old computer ad as your template is the zinger you think it is. But what are middle-aged white politicians if not a little tone-deaf?

Vos’ appearance doesn’t surprise me. He’s a shameless huckster and pathologically incapable of humiliation. In September, Vos called the state’s mask mandate “illegal.” Now that smug fuck is telling you to wear one as if it was his idea all along.

The most embarrassing aspect of the whole stunt is Pocan’s involvement. He’s one of the more radical members of the House, consistently pushing further left than many of his colleagues. Palling around with Robin Vos doesn’t just undercut his credibility — it takes a sledgehammer to it.

Consider that 10 days ago, Pocan was lacerating not just Vos but Gov. Tony Evers and other Dems as well for their failure to manage the coronavirus pandemic. But now he’s standing six feet from Vos and telling us if we do the same basic things we’ve been trying for seven months to no avail, everything will be *thumbs up emoji*.

But we can’t be too surprised, because capitulating to Republicans is pretty on-brand for Democrats. And who knows? Maybe the cure for COVID is the friends we made along the way.