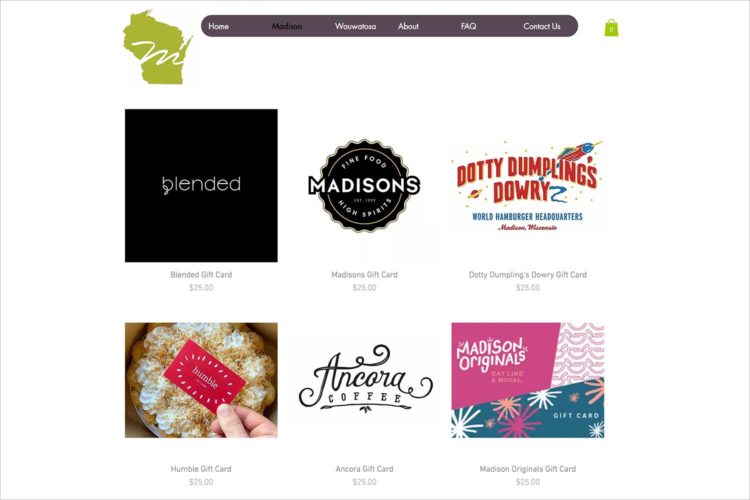 The restaurant industry has been hit hard by the COVID-19 pandemic. Locally, Metcalfe’s Market is hoping to ease the pain a little.

Through April 19, the Madison-based grocery chain is partnering with Culinary Ladies Collective, Madison Area Chefs Network, and Madison Originals to sell restaurant gift cards. For every $25 sold, Metcalfe’s will include a bonus certificate for $20 off a $100 purchase at their own stores.

President and co-owner Tim Metcalfe says that ever since Gov. Tony Evers issued the “safer at home” order on March 24, he’s been trying to figure out a way to help businesses not deemed essential.

“My heart was broken because I know so many local businesses and their owners,” he says. “They’re having to furlough employees. So we started an internal discussion of what we could do to encourage customers of these businesses to buy gift cards.”

Among these businesses are Salvatore’s Tomato Pies and DarkHorse, both of which are owned by chef Patrick DePula. He says “everything helps right now,” even though the general outlook is grim.

“The future holds nothing but uncertainty,” DePula said in an email. “While the gift card sales certainly won’t make the local restaurant industry whole, it is reassuring that people who are community-minded and thoughtful understand the plight of small businesses.”

Metcalfe’s has three locations — two in Madison, one in Wauwatosa — and reached out to businesses in both cities about participating. The response has already been strong, Metcalfe says. He speculates they sold nearly $1,000 worth within the first few hours, and he also says they’re planning a second round with more partners.

Metcalfe has been a fairly visible figure during the pandemic, appearing with Madison Mayor Satya Rhodes-Conway to offer folks a few pro tips for grocery shopping. (Great minds think alike!)

The stores are also taking major steps to help stop the spread of the virus, including a recent 150-shopper limit. And it’s not like Metcalfe is only monitoring all this from an office somewhere; when I called him, he was actually out counting people at the door. He admits the gift card program won’t be a complete fix for this crisis, but he wishes it will at least offer “a ray of hope in this cloud of uncertainty.”