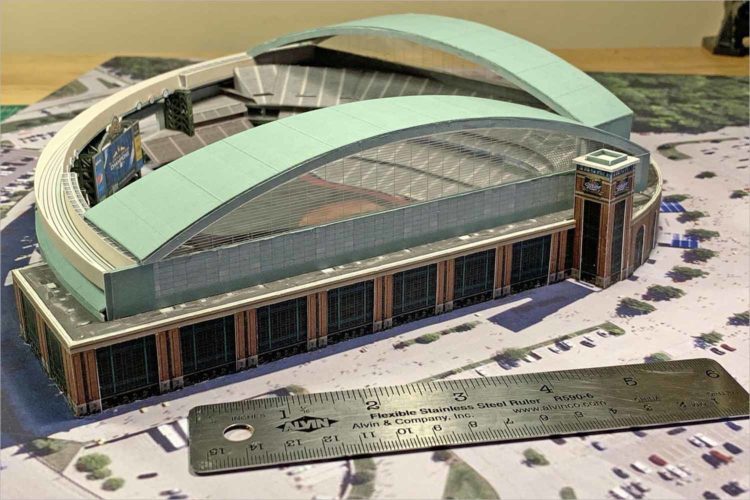 Field of Dreams said it best: “If you build it, they will come.”

Since he was a teenager, that’s exactly what David Resnik has been doing. The Shaker Heights, Ohio-based architecture student builds miniature models of Major League Baseball parks under the name “Stadiums for Ants” (a reference to the cult comedy film Zoolander). And Resnik’s latest should grab Brewers fans’ attention.

Though it should be at least three times bigger, Resnik is putting together a tiny Miller Park and raffling it off for charity. The attention to detail is surgically precise. There’s even little versions of Bernie’s Dugout and Helfaer Field, and Resnik is currently creating a roof that actually retracts. That’s pretty impressive for a guy who doesn’t use any drafting programs to build his models. 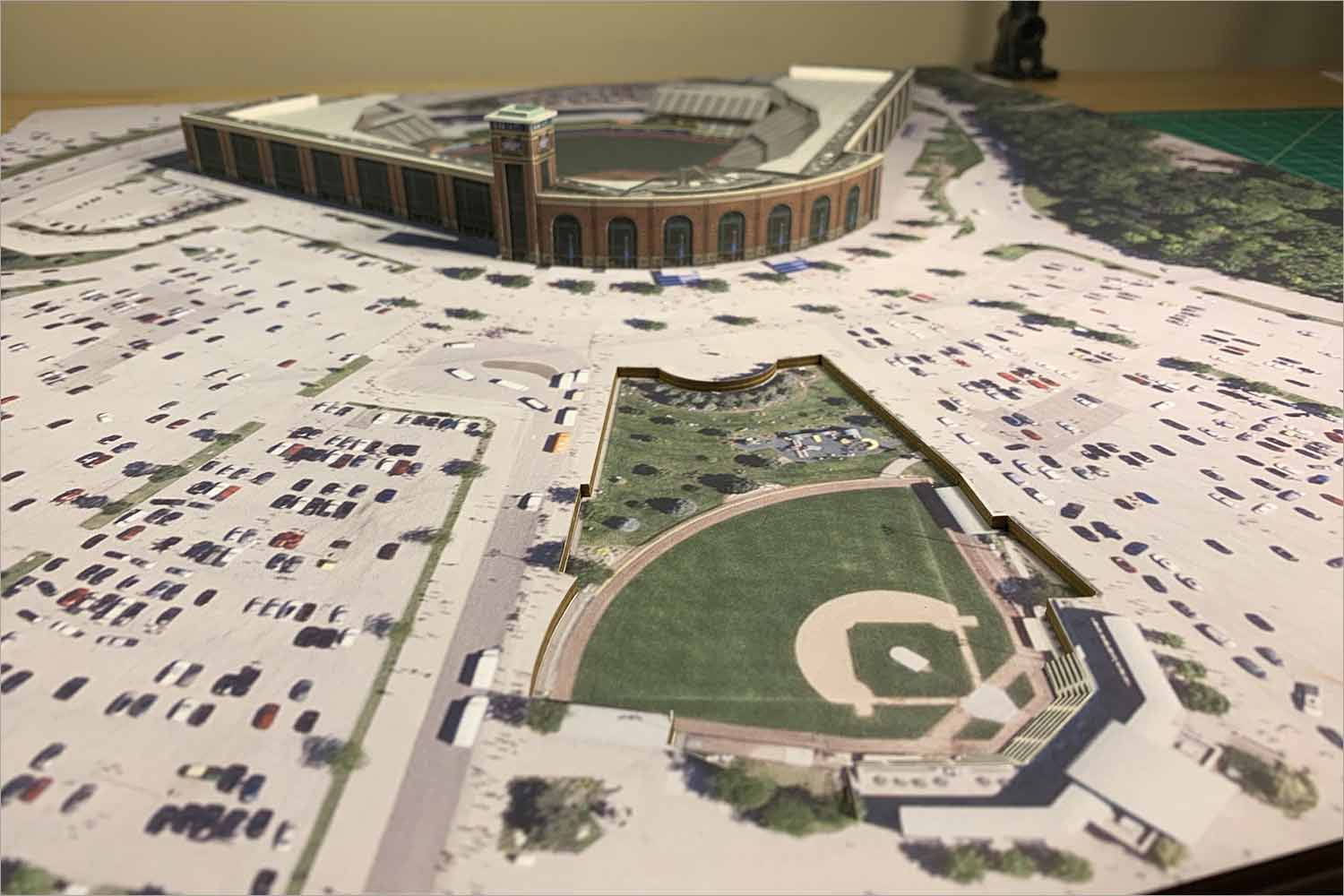 Some previous Stadiums for Ants projects include a PNC Park that features the Pittsburgh skyline, a Safeco Field with its own retracting roof (similar to his plans for mini Miller), and iconic Fenway Park complete with a fun-sized Green Monster in left field.

Proceeds from the raffle — which ends July 19 — will go to the Midwest Athletes Against Childhood Cancer Fund, or MACC. It’s a Milwaukee-based charity founded by Jon McGlocklin, a former Buck. 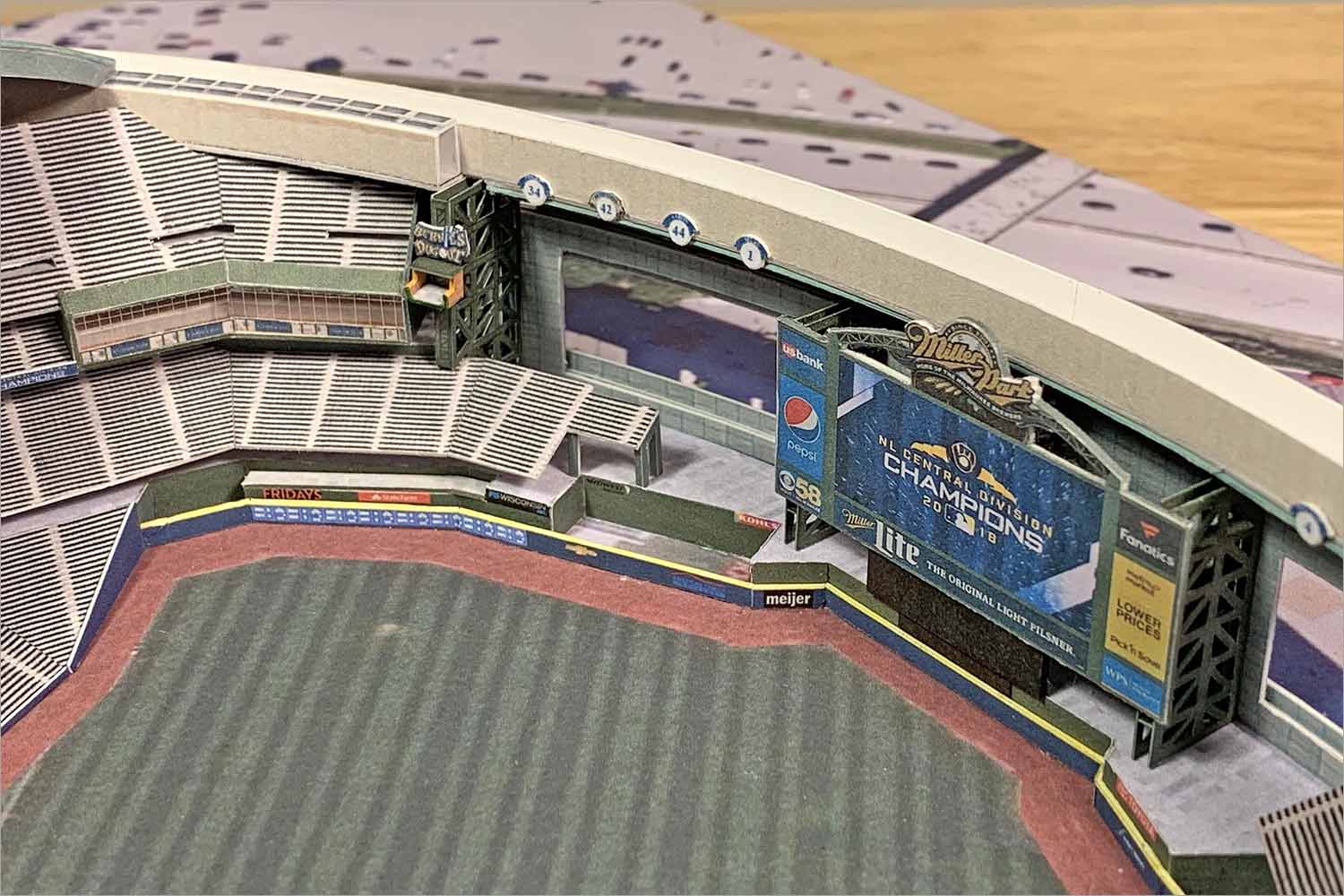 Resnik’s models are never reproduced, so this is a rare chance for a Brewers fan to own a one-of-a-kind model of the team’s home since 2001. But first Resnik has to finish putting together the iconic green trusses of Miller Park’s dome.

“You guys have maybe the most interesting roof in maybe the whole world, in terms of retractable roofs,” he told The Fan.

It may seem like a daunting task, but the raffle page says it will be completed by July 26. And in a mid-June interview with Uni Watch, Resnik said the model was about six weeks away from completion.

“I am pretty fired up about it, but it’s gonna take some ant-sized engineering to get it right!”