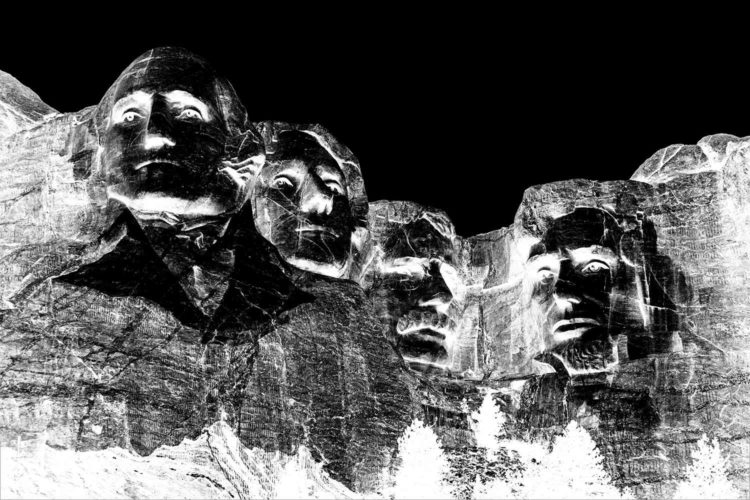 Back in our Fall Music Preview, I made a reference to Cursive bandleader Tim Kasher being on the “Mt. Rushmore of Midwestern emo.” But who else would be etched in stone?

The Nebraska band plays the High Noon Saloon on Friday, Nov. 16, and ahead of that appearance I’m proposing a theoretical monument to the Midwest’s long history with the genre. So basically, we’re looking at bands from the region who have had some sort of lasting impact. But before we get into it, I want to address a notable omission.

Initially, I included Conor Oberst on Mt. RushEMOre (just go with it). However, after careful consideration, I’ve decided to omit the Bright Eyes leader. Oberst’s songs are very, very sad, but they aren’t really emo. They lean too heavily on folk inflection rather than emo’s punkier ethos. Likewise, Oberst’s punkest band, Desaparecidos, is too overtly political to qualify.

This actually helps spell out my criteria for Mt. RushEMOre. We’re looking at bands with 1) earnest and/or melancholy lyrics, 2) vaguely punk or hardcore sounds, and 3) major influence.

So let’s get into it.

Yes, I know there are only four people on Mt. Rushmore. But I like to think of Chicago natives Tim and Mike Kinsella as a package deal (Tim on vocals, Mike on drums) because both are equally important to the genre. They played in Cap’n Jazz together, a band that more or less created the template for the buzzy emo punk that would dominate the early 2000s. They joined forces again in Joan of Arc, an aggressively weird, sample-loving math rock outfit whose influence can be heard loud and clear in St. Louis’ Foxing, the band responsible for this year’s best album. And Mike, for his part, founded American Football, forefathers to the twinkling shoegazers that permeate emo’s current iteration. See: The World is a Beautiful Place & I Am No Longer Afraid of to Die.

Cap’n Jazz was sort of like ground zero for Midwestern emo. Aside from the Kinsellas, it also featured a skinny, lisping kid from Milwaukee named Davey von Bohlen. After Cap’n Jazz called it quits in 1995, von Bohlen returned to the Brew City and formed The Promise Ring, inarguably Wisconsin’s greatest contribution to emo. The band dialed back the more chaotic moments of his work in Cap’n Jazz and streamlined it into a powerpop, one that would go on to influence current scene elders like Jimmy Eat World and Saves the Day. As for its legacy, the actual book on emo — Nothing Feels Good: Punk Rock, Teenagers, and Emo, by Andy Greenwald — takes its name from The Promise Ring’s best known album. He currently plays in Milwaukee indie rockers Maritime.

It’s a shame Braid broke up shortly after the release of 1998’s Frame and Canvas, because that album is an absolute monster. It mixed indie rock’s esoteric noodling with post-hardcore ferocity, largely thanks to the virtuosic drumming of Damon Atkinson. But at the head of Braid was Bob Nanna, whose vocal versatility gave Braid their distinct sound. He could be painfully earnest at times, but often delivered his lyrics through throat-shredding screams. It wasn’t screamo, because Nanna treated his wails shrieks their own instrument, used for effect when necessary rather than a mask for subpar musicianship. After Braid disbanded for the first time in 1999, Nanna and Atkinson formed Hey Mercedes, a more straightforward pop punk band that saw Nanna playing arenas alongside Dashboard Confessional and *checks notes* uh Dropkick Murphys.

If you’ve ever listened to… well, pretty much anything the ever-prolific Tim Kasher has released, you may know that he’s divorced. Divorce is an adult thing, and therefore a strange subject in the eternally adolescent genre of emo. And he mined the shit out of it too, because unlike most of his contemporaries, Kasher never seemed like an angsty kid. With Cursive, and specifically on the gutting Domestica, he represented emo’s early adulthood, attempting to cope with real world problems through the lens of an aimless, overeducated 20-somethings who drank way too much and read books by knockaround guys like Bukowski and Kerouac (in unrelated news, I’m a huge Cursive fan).

But perhaps Kasher’s best singular work is “Album of the Year,” released on an album of the same name by The Good Life in 2004. Here, Kasher tells the story of a deteriorating relationship between barflies that begins with the narrator puking in a women’s restroom and ends with the unhappy couple dividing up their records. It’s one of the better short stories written in the past 20 years, and Kasher is, without question, the best lyricist on Mt. RushEMOre.