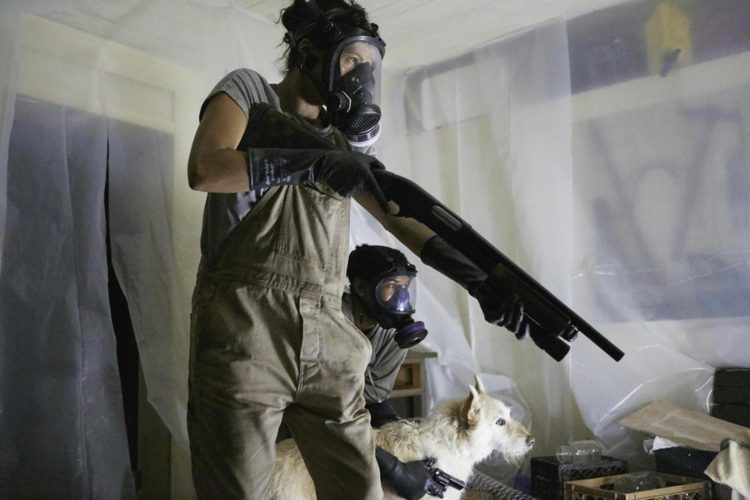 So, we don’t have access to screeners. We can’t help it — we’re (still relatively) new. We do, however, have access to the internet, a great and terrible place filled with both movie trailers and non-movie trailers. We reviewed the previews for three new movies opening in Madison this weekend.

It Comes at Night

Based on the trailer for It Comes at Night, we can assume: 1) Joel Edgerton and his family are maybe kidnapping people; 2) there’s probably some kind of disease or threat lurking in the woods; and 3) it’s definitely best not to go out there at night. Of course, someone eventually does go out there at night, or at the very least whatever it is decides to finally make its presence known.

Last sort-of-summer’s critics’-fave scare flick was Don’t Breathe, a movie that proved moviegoers are really hungry for original horror. (Seriously: That movie was laughably bad.) I’m holding out hope for It Comes at Night based on the cast and its minimal look, though I guarantee you I’ll spend most of the movie imploring this thing not to end with a there-never-really-was-a-disease “twist.”

Is The Mummy the least consequential action-film series of the last 20 years? I remember seeing the first two movies, as well as The Scorpion King, but I literally can’t recall five seconds of any of the plots.

As for this reboot’s trailer, I just watched it and already forgot what happened.

(Just kidding, I remember: The trailer’s halves are extremely disjointed, Tom Cruise’s yelling made me chuckle, and I assume the body bag trick he pulls off is some high-dollar Scientology ritual.)

Incestuous movies are… not good.