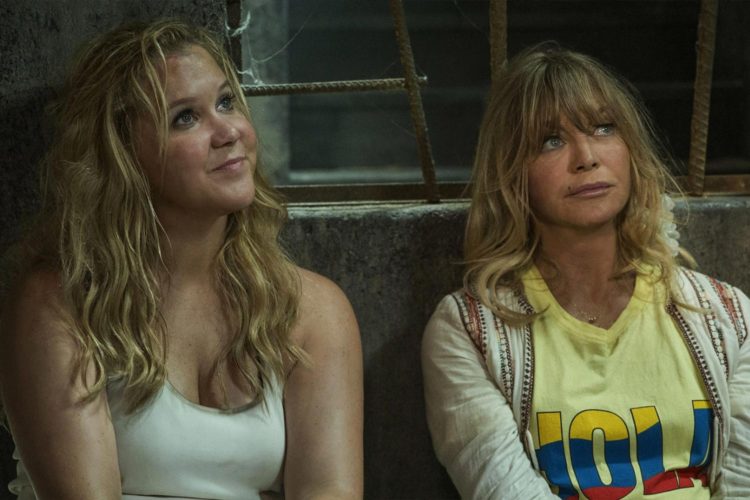 Basically, with The Wall, you’ve got a U.S sniper and a U.S. spotter in Iraq; one of them is shot by an Iraqi sniper, and the other manages to find cover behind a half-demolished wall. This seems like a genuinely interesting premise for war film — especially since it only features three characters — but the trailer gives the entire thing away. If you’re a fan of John Cena, potentially non-shitty combat movies or hero ball, this one may pique your interest.

Now playing at Hilldale and Fitchburg.

King Arthur: Legend of the Sword

Supposedly the first of six upcoming films about the knights of the round table, King Arthur: Legend of the Sword retells the tired tale of Arthur ripping a dang sword out of a stone and subsequently becoming king. The trailer boasts medieval favorites Led Zeppelin and Jude Law looking, remarkably, even more smug than he did in the first season of The Young Pope. Will someone get this guy a Cherry Coke Zero, already?

King Arthur is Hunnam’s second starring role this summer (you can also catch him in The Lost City of Z), but his haircut in this film is approximately 1500 years of ahead of being trendy, so let’s give the guy props for one-upping himself here.

My guess is that King Arthur is an expensive, misguided attempt at getting all those new Game of Thrones “nerds” to hand over some money to their local AMCs, but Arthur’s plot is tired and twistless. As Hunnam says around the trailer’s 35-second mark: “I saw enough.”

Snatched stars Amy Schumer and was written by Kate Dippold, who also penned 2015’s Spy and last summer’s idiotically controversial Ghostbusters. I hope this one’s funnier than both of their previous efforts, if only to make whiny internet bros STFU already. Happy Mother’s Day!