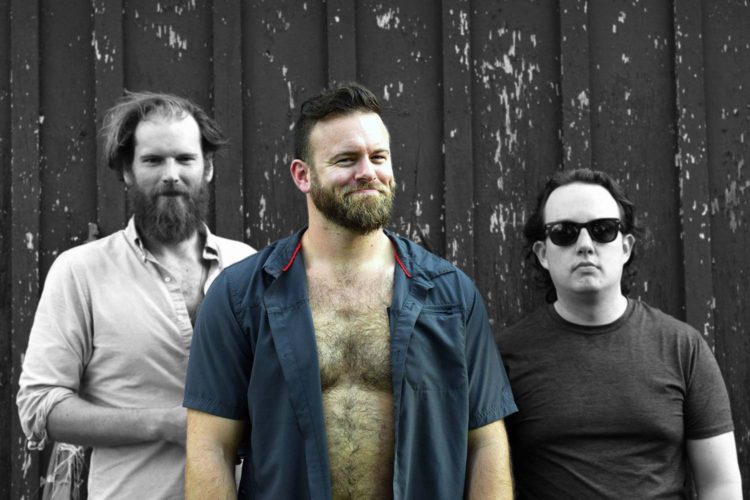 The most striking thing about Mutts is how much bandleader Mike Maimone sounds like Tom Waits.

He’s got the same gruff voice and ragtime aesthetic, though with Mutts it gets funneled through a driving alternative rock sound. The Chicago trio’s latest EP, 2017’s Stick Together, is a markedly positive affair despite the fact that it was put together in the aftermath of a difficult time in his life that included the departure of the band’s drummer, Chris Pagnani.

“I was in a bad place in 2014 while we were putting out our last full-length and then also directly after,” Maimone says wryly.

Mutts will play The Frequency on Thursday with Campdoggz, a rootsy duo also from Chicago that incidentally also sports a somewhat canine name. Accordingly, we asked Maimone for five of his favorite songs with the word “dog” in the title. (For the record, Maimone was also walking his dog when I called him. Go figure.)

“When I started hearing people compare me to Tom Waits, I didn’t get it right away. But Rain Dogs was one of the first albums that made Tom Waits kind of click for me. It and The Heart of Saturday Night were the two records that really made me get what he was doing and become a fan. What I take away from him is just artistry over the years. You could put, like, 10 songs off of 10 different records together and none of them sound alike. And I really admire that. I think it’s great that he’s just gone with wherever his influences have taken him and not really cared about a marketing plan or anything. He just makes what he wants to make.”

“Bowie was a good one to get in there for similar reasons: just kind of being creative and doing whatever he wants to do.”

“Dude, ‘Hot Dog’! That’s kind of like a joke for me. It’s the most piano heavy Led Zeppelin song by far. It’s got this ragtime-y kind of thing, but to me… like, that’s my style, but to hear Led Zeppelin do it is actually kind of annoying for me. I definitely am a Zeppelin fan, but whenever ‘Hot Dog’ comes up I’m like, ‘What the hell were they thinking?’ But I’m saying this from the perspective of a piano player who actually really likes that style. So it’s been a very, kind of, enigmatic song for me.”

“The first three popped into my head pretty fast, but then I was like ‘Well, what other songs have dogs in it?’ So I just went on Spotify, put ‘dog’ in and listened to, like, 20 songs with ‘dog’ in the title. I was going to put ‘Who Let the Dogs Out?’ just as a joke but then I saw this Dylan song and was like, ‘I’ve never even heard this before!’ And it’s great. It’s kind of a cool folk song.”

Leon Russell: “The Ballad of Mad Dogs and Englishmen”

“Leon Russell is definitely one of my biggest influences. This [song is] not the kind of Leon Russell that I’m typically drawn to, which is the more New Orleans-influenced piano that he gave that Americana spin. But the guy can right a great ballad, too, and I actually hadn’t heard this one [either] so it was cool to stumble upon.”