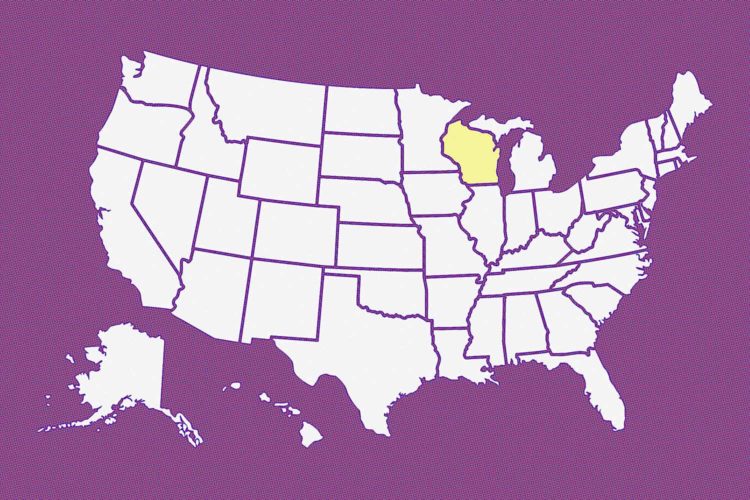 Though Americans can’t seem to agree on much, we’re starting to come to a consensus that the Electoral College sucks.

Actually amending the Constitution to get rid of it would be an arduous process. For one thing, Republicans still hold control of the U.S. Senate. And the GOP has benefitted from the current system, so they’re going to want to hang onto it.

But for an increasing number of states that do want to kick the Electoral College to the curb, the National Popular Vote initiative provides a potential alternative. States that join this compact agree to give their electoral votes to the candidate with the most overall votes nationwide. It would take effect when enough states join to ensure 270 electoral votes — enough to win the election.

This year has seen an uptick in states joining the compact. Maryland’s 10 electoral votes were first in 2007, and by the end of 2018 there were 172 pledged from mostly blue states. 2019 so far has seen Colorado, New Mexico and Delaware join on, bringing the total up to 189. And legislation is being taken up in other states, including Maine and Oregon. 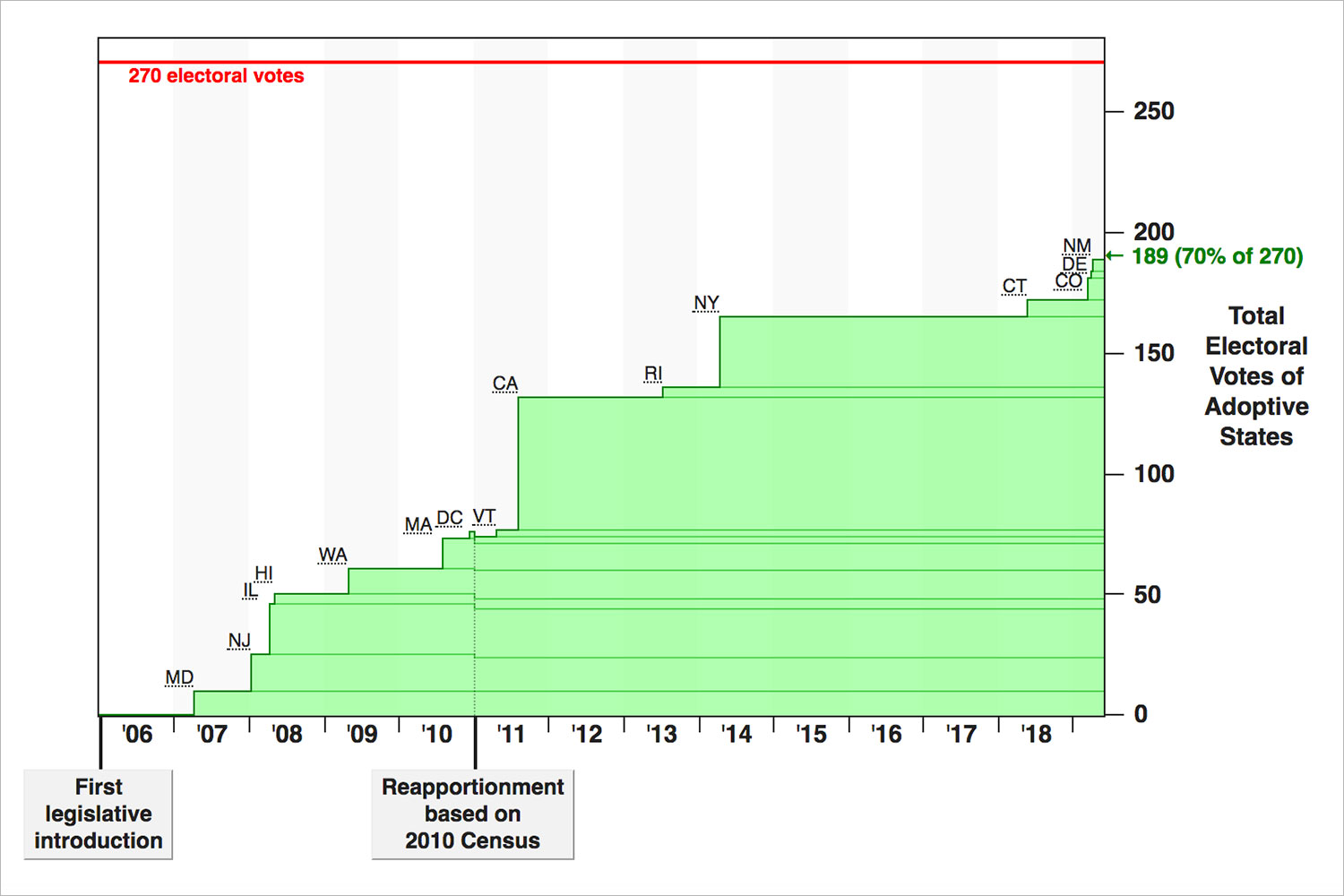 But FiveThirtyEight speculates that the National Popular Vote Interstate Compact — or NPVIC for short? — needs a whole lot of things to happen in order to reach 270 before the 2024 presidential election. Several state legislatures must fall under Democratic control over the next few years. By 2022, the compact might need one more midsize state, and FiveThirtyEight identifies Arizona, Pennsylvania and… Wisconsin! as potential tipping points.

Flipping our state will not be easy. For one thing, we’ve been gerrymandered into oblivion, giving disproportionate representation to historically conservative districts. So many Democratic candidates who aren’t running in, say, Madison or Milwaukee will face an uphill battle. Meanwhile, Wisconsin Democrats can’t afford to lose any seats in 2020 or ’22 that are already held, and keeping the governor’s office in 3½ years is a must.

Moreover, there’s no guarantee that any of the states already in the compact won’t flip red, thus putting their adherence in jeopardy. (Also, the 2020 census will change some electoral numbers.) And even if it does someday surpass 270, the compact would undoubtedly be challenged in court — perhaps reaching supremes Neil Gorsuch, Brett Kavanaugh and by then Jeanine Pirro.

In short, it’s a long shot. But with the National Popular Vote, there might be a way around an archaic system that clearly isn’t working the way it’s supposed to. And Wisconsin might prove to be the ultimate swing state.