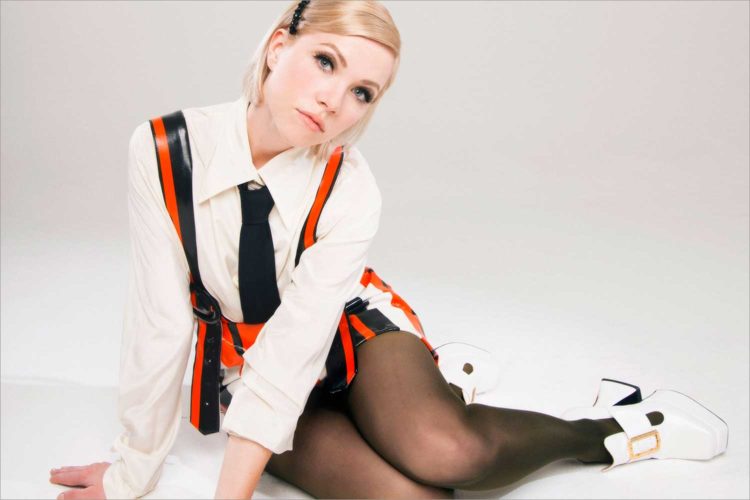 A few days ago, I went to see Madison songwriter ts foss play at a coffee shop in Chicago. Sharing the bill (and hosting the night) was a 15-person a capella cover band called the Blue Ribbon Glee Club. Reading about the gig in advance, I was frankly very concerned about this act, whose chief attributes — 1) cover band, 2) a cappella, 3) 15-person — are customarily three cherry red flags. Well, the joke was on me: As it turned out, I absolutely loved watching a chorus of Cool Kid Lifers singing the ’70s-’90s hits they love. All week I’ve been thinking of songs I’d like to sing with my friends in a 2035. Perhaps one of these selections will end up on a future setlist!

Ariana Grande: “thank u, next”

A-lister Ariana Grande, who released the terrific Sweetener less than three months ago, is reportedly preparing another album for release before year’s end. The title track “thank u, next” is an ode to learning from exes and has been lauded as a ‘they go low, we go high’ anthem following the dissolution of the Greatest Love Story of 2018 Not Between Ally and Jackson Maine. It’s good! Ari obsessives (ahem) will recognize the sentiment of this song from the star’s social media posts following her breakup from Mac Miller; Ari truthers (again… ahem) might posit that this song was written months ago and only shelved temporarily when it was derailed by the thematic shift into Sweetener’s honeymoon vibe (too soon?). OK, maybe that’s just me.

Cherished by his criminally not-massive fanbase, songwriter Andy Shauf has been around the better part of the past decade. (If somehow you thought voting was your only job this week, please be aware that your civic duty extends to checking out 2016’s The Party if you haven’t already done so.) His band Foxwarren has apparently also been around for 10 years, and they’re releasing their debut record on Nov. 30. It’s about time! Andy’s wit and stretchy tenor is here, but in a striking contrast from the typical Shauf track, “Everything Apart” feels like it’d be great to jog to. Nike commercial material! It’s the revved up version of Andy Shauf I never thought to wish for.

Carly Rae Jepsen: “Party for One”

The earth-shattering Carly Rae, who by 2018 is certifiably the most popular underrated performer on Earth, is back on her beat. “Party for One” has a video from Bardia Zeinali full of Fashion IG celebrities, which is a ‘brave’ choice suggesting she and her team are preparing to do whatever it takes to ensure the Cool Millennial/hip Gen Z set don’t get bored with her and jump ship as we move into 2019, 3½ years after Emotion shepherded the wider Pitchfork set into being OK with liking earnest pop not made by Beyoncé.

Does this come off as cynical? To be fair, I love “Party for One.” I am its target market, and by virtue of reading pop criticism on the internet, so are you. Having built momentum with records in 2015 and 2016, she’s coasted through the past two years on a handful of features and one perfect song. Carly struck 24K magic and is drilling deep into the slick, humble ’80s pop persona which gave her career a new life and audience after “Call Me Maybe” first introduced her to the world in 2012. Incidentally, “Call Me” co-writer Tavish Crowe has a songwriting credit on “Party.” The rest of the production/songwriting team on the song don’t have a ton of other credits aside from one guy being in Grouplove.

The song itself, propelled by a Reichian marimba line and full of airy breakdowns and “Call Me Maybe” string glissandos, establishes a curious thematic counterpoint to “thank u, next.” Technically sort of a breakup song, it eschews melancholy in favor of an ‘I’ma do me’ which permeates the PG-13 barrier avoided by most of her songs to date. Hey, she’s a grown adult! And this song/video seem like a calculated step in the direction of aging with her fan base rather than forever playing the ‘hey cutie’ role. Let’s see where she takes this on that new album.