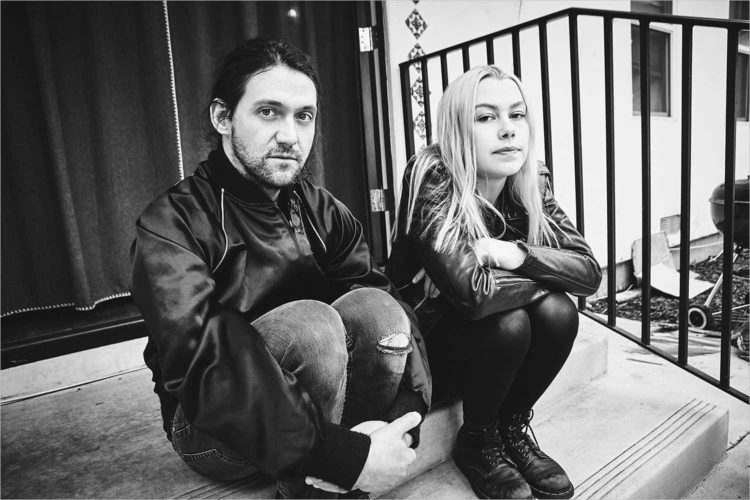 It’s very cold this week. If your boss cares about you, you’re working from home or not working at all. Hey, seems like the perfect time to catch up on this week’s new music! Hopefully you can come up with other good indoor activities, such as learning to play the “Harmony Hall” intro on your guitar or memorizing the impossible-to-remember name of the band whose song is listed third in this post.

“Harmony Hall” wastes no time in hitting a triumphant stride. Vampire Weekend are back, as extra as ever, and the years they’ve spent working on this album are easy to feel. The “Vampire Weekend plus house music keys and vibraslap” thing does it for me big time, and that’s even before the piano steps away from the house rhythms to break into a minuet with barroom flourishes.

Ornate, full of anachronistic style influences, and a shameless product of its author, it feels jarring and delightful kind of like The Favourite did. Hitmaker superstar Ariel Rechtshaid co-produced this song with Ezra Koenig. And Danielle Haim and David Longstreth (Dirty Projectors) provide backup vocals. It feels obscene to declare during this cold Midwestern hell spiral, but this is a total indie rock Song of the Summer candidate. Vampire Weekend will play The Sylvee on June 11.

The first thing I learned about CHAI was that they are a Japanese pop band with a ton of good videos signed in the U.S. to garage rock mainstay Burger Records. That’s an enticing hook: Who is this band? And why are they being represented in America by the record label equivalent of Thrasher magazine? (Note: I don’t skate so this comparison is probably askew. Please file your complaints to the comment section.) As it turns out, CHAI are Devo fans whose mission as a band is promoting a “Neo-Kawaii” agenda of self-expression over mass appeal. “Fashionista” is a beauty industry takedown, but more than that it’s a celebration of not pursuing perfection. Their forthcoming sophomore album PUNK follows their debut PINK, which was released by Burger last February. While you’re waiting for the rest of PUNK to drop, check out this good article on the band written by Jenn Pelly for Pitchfork in October.

Before you ask, I’ll answer: Yes, we did need a collaborative album from Phoebe Bridgers and Conor Oberst. I mean, Conor certainly did, but I also feel like it’s the perfect way for Phoebe to have followed her role co-starring with Lucy Dacus and Julien Baker in boygenius. How she’ll follow this pair of excellent indie songwriter A-list supergroups remains to be seen, but I can’t imagine she’s using up all of her best material written since 2017’s fantastic debut Stranger in the Alps on these releases. That said, perhaps the most baller move might be to release another boygenius/Better Oblivion Community Center album prior to her next solo full-length, but that’s absolutely getting ahead of myself.

“Dylan Thomas” kicked off live on The Late Show with Stephen Colbert last Thursday night along with the first announcement of the band and its debut album, released early the next morning. Phoebe sings on every line in the song, but it feels like one of the more Bright Eyes-ish tracks on the album. An expression of exasperation, it’s political without relying on terribly deep subtext. There’s no shame in Conor Oberst’s game; this would blend in seamlessly with his bevy of Dubya-era material if not for the inclusion of the Trump-era pundit meme “four dimensional chess.” Bonus: Yeah Yeah Yeahs’ Nick Zinner played guitar on this track. I couldn’t make this stuff up if I tried!