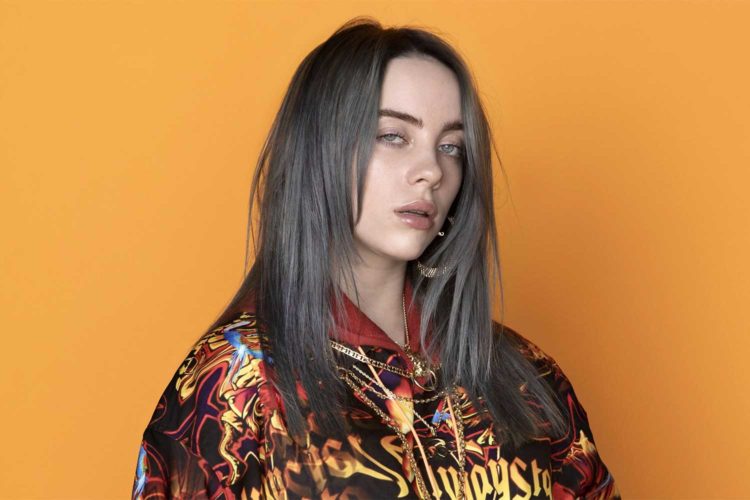 This is unquestionably Billie Eilish’s week (more about her in a minute). That said, this week I got to see the creators of two of my favorite 2018 records — Haley Heynderickx and Mitski — play back-to-back nights at the Rathskeller and Sylvee, which makes me feel like I’m having about as good of a week as she is. Plus, no one is arguing online about my merits! (And what a relief that is.)

Hatchie: “Stay With Me”

Australian SXSW 2018 standout Hatchie has made quite a splash mining ‘90s pop vibes. So it shouldn’t be as surprising as it is that “Stay With Me” begins with big beat drums and “Born Slippy” chord jabs. It follows “Without a Blush” as a single from Keepsake, her debut album out June 21 on Double Double Whammy. Hatchie opens for Girlpool at High Noon Saloon on April 17 and plays a sold-out show at The Shitty Barn on Sept. 13.

It was obvious when major “indie” outlets began touting Rosalía’s El Mal Querer that a lot of their readers were coming into the Spanish singer’s music with minimal context. How many had ever even heard an album with prominent flamenco influence? I certainly hadn’t. Still, its acclaim brought her the attention she deserves, and this year she’s rewarded new and old fans alike with a number of releases, including a show-stealing feature on James Blake’s Assume Form.

“Con Altura” continues her hot streak with another new contextualization, this time in a track co-led by superstar J Balvin. It’s not their first song together, but very much has changed for Rosalía since her feature on his 2018 album track “Brillo,” which predated El Mal Querer by half a year. “Con Altura,” co-produced by and featuring El Mal Queuer producer El Guincho, denotes a key moment in Rosalía’s ascent to international stardom. The song and video are brilliant and flossy, playing up the strengths of all involved.

Billie Eilish has completely dominated the past week, and for good reason. Her new first album, When We All Fall Asleep, Where Do We Go?, is a remarkably strong and boundary-pushing release that’s expected to debut at the top of the Billboard charts. A lot of the discourse focuses on her age (17), but the sibling partnership angle is much more exciting: Every song on the album was written and produced by Eilish and her brother Finneas O’Connell (moniker FINNEAS) without additional writers or producers. I’m not one to discount music’s value by its number of songwriting credits, but I was still kinda thrilled to find that this album was the result of two (extremely cool) young newcomers to the industry.

“Bad Guy” is the album’s opening number and sixth (!) single. It’s a fitting introduction for an album that weaves its way through a gamut of production flourishes (pitched and gated vocals, heavy filtering, texturization I don’t know the proper production terms for). All the while it maintains Billie’s voice and playfully sinister Gen Z-Lana disaffection. It rules and is cooler than you’ll ever be, so you might as well enjoy it.