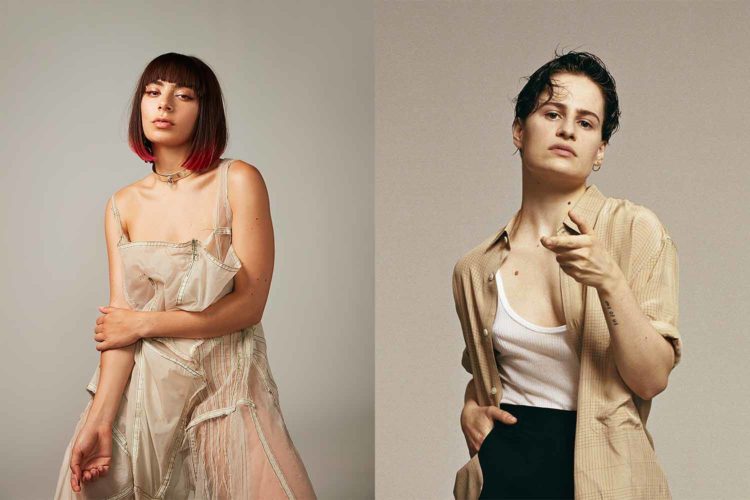 I’m fresh off of a great Pitchfork Festival weekend. A dynamic lineup, very strong performances by newcomers and old faves, and some comically horrid weather. (Eh, I shouldn’t complain.) But Chicago’s Union Park wasn’t the only place you could find great tunes last week. Sheltered far away from the high temps and sudden downpours, the following four bops emerged on the internet.

Charli XCX and Christine and the Queens: “Gone”

My anticipated love for Charli XCX’s Sunday evening Pitchfork set seemed so obvious that I tried to keep my expectations in check. Festival sets only give a performer a limited amount of time to navigate the big hit-to-deep cut ratio. And this year, Charli has released a handful of singles I haven’t loved as much as the chrome brilliance of Number 1 Angel and Pop 2.

She still blew away my cautious expectations. Charli’s hour-long set —  a solo affair except for a one-song guest appearance from Cupcakke — was an almost perfect distillation of her last three years. One of the many highlights was a performance of “Gone,” the collab with Christine and the Queens that’s her third single from the forthcoming album, Charli.

It’s a metallic A.G. Cook-produced banger, full of angst and fantastic chemistry between the co-writers and vocalists. “Gone” exhibits an emotional mode I’d associate most with her pop-punk album Sucker, positioned on the offensive. But despite the despair that fuels this track, at least she’s got great company here. If this song is any indication, it’s really time I explored more of Christine and the Queens’ discography.

Squid is one of a few great young post-punk acts from the British Isles tearing it up in 2019. They were a favorite of mine at SXSW this year, and in the lead-up to their Town Centre EP (out Sept. 9) they’ve released its first single “The Cleaner.” One of the things I particularly like about Squid is that they lean fully into jamming out. Positioned somewhere between Thee Oh Sees and !!!, they deliver loud, danceable vibe-outs that tether their psych rock flare-ups. It’s best just to let the track grab you and take you along with it.

If you dig this song, there’s a whole lot more depth across the small handful releases they’ve uploaded to their Bandcamp in the last few years. And don’t miss “The Dial,” their 2018 yelping groover which indicates the dance punk spirits we last heard from in the 2000s are gaining on us once again.

“Dissolving” was my introduction to Katie Dey, a Melbourne bedroom pop artist whose third album, solipsisters, was released in May. The album didn’t make it onto my radar at first, but then last week she dropped a new video for this single. It’s an amazing and unsettling video, a heavily edited, portrait-based textural synthesis in the vein of Annihilation. And then there’s the song itself: fractured, lilting and driven. It feels ostentatious to make a comparison to Radiohead or Sigur Rós, but “Dissolving” captures the intimate claustrophobia and openness of both bands in turn. This one is a must-hear.

Watching Robyn headline the Sunday night of Pitchfork Fest, the set hit a fever pitch when it transitioned from “danceable pop” into full-on techno club mode. I was struck by how wildly foreign (and glorious) it felt to hear booming house music in a park with thousands of other people. 10 years ago that would have been a pretty normal activity for a crisp summer night. But it’s good to get a reminder that some of the genre’s best talents still haven’t cooled down. One unlikely hero of “that good stuff” is Skrillex, a guy who’s outlasted everyone’s expectations for him. (Not to mention the expectations of anyone who regularly wore a From First to Last shirt in high school.)

One of two new tracks in a surprise-released EP last week, “Fuji Opener” most closely resembles Skrillex’s Jack Ü-era production until a jungle beat screws up whatever you had expected to come next, in the best way. Rhythm-driven but never repetitive, it weaves four or five textures that come off as fresh and surprising, always kaleidoscopically twisting the track into a new place. Think of the sound of channel surfing on TV. The difference here is that with Skrillex, it’s all great.