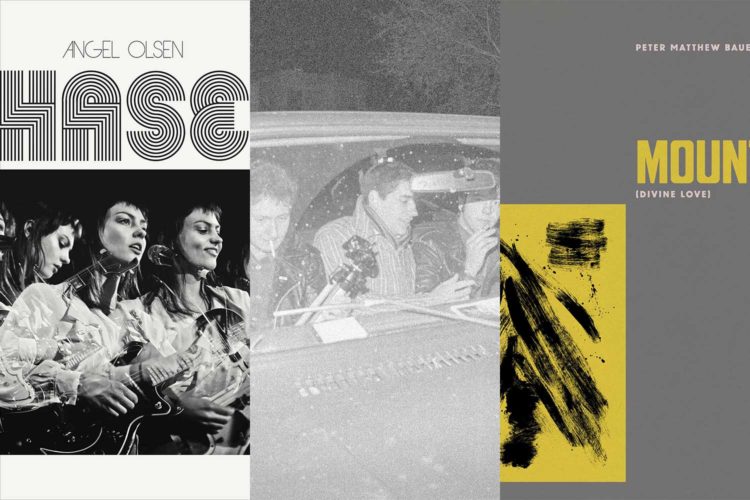 Happy New Music Friday, and happy reputation day. Today marks the release of Taylor Swift’s sixth album, but sadly we’re going to have to omit it from this week’s #NMF, as Tay is keeping the album away from streaming services for the time being. Now we have to soldier on without the biggest release of the week. LOOK WHAT YOU MADE US DO, TAY.

Here are three other, arguably better, albums to soundtrack your weekend.

With her fourth full-length release, 2016’s My Woman, singer-songwriter Angel Olsen crossed over from having a healthy underground following in the indie world to reaching acclaim on a national scale. Her work prior was largely folk rock in theme and feel, featuring stark spaces filled with her warm voice. But Olsen can shape her malleable alto vocals to fit all sorts of musical leanings, and My Woman contains both a folky twang and a deep, grungy moan that boils up from the depths of her as she dreamily sings about love and loss. Phases is a compilation of b-sides and rarities from the recordings of My Woman, allowing us to revel in the haze of the album for a little bit longer. The track “Special” is a fuzzy, psychedelic exploration that aims to grow Phases into its own entity. Angel Olsen plays Chicago’s Riviera Theatre on Dec. 9.

Husker Dü was indisputably one of the most influential rock acts of the 1980s. The genre-defying Minneapolis group crafted pivotal hardcore punk music that almost single-handedly bridged the gap between the punk revolution of the late ’70s and the grunge era of the early ’90s. Their work, especially the double-album opus Zen Arcade, influenced and shaped generations of musicians. With all that said, Husker Dü still remains one of music’s best-kept secrets; they are often acknowledged as important, but not always fully explored. However, their established fan base is a thorough, enthusiastic one who are willing to listen to all the tunes that they can get their hands on.

Dü lovers rejoice at the release of the Savage Young Dü box set, which chronicles the trio’s early days, from 1982-83. It features remastered versions of their first two albums, several 7-inches, and all sorts of alternate takes, demos and previously unreleased live songs to fulfill their hearts’ desire. The dropping of the box set comes at a supportive time for fans; Husker Dü drummer and co-lead vocalist Grant Hart died in September. Sometimes a great way to process an end is to start everything over from the beginning.

Multi-instrumentalist Peter Matthew Bauer is best known as the bassist for indie rock outfit The Walkmen, who went on hiatus in 2013. Most of the group’s members have established strong solo projects since then, and Bauer’s first release, Liberation!, arrived in 2014 and featured the zen-like acoustic eastern jam track “Philadelphia Raga.” Bauer’s work echoes the atmospheric experimentalism of The Walkmen but tends to sway decidedly less temperamental in feel. This is due in part to the change in vocals, as the winding, muddled sound of vocalist Hamilton Leithauser was The Walkmen’s trademark in many ways. Bauer’s vocals are brighter and less tense, and always accompanied by breezy strumming. These are qualities that mesh well with his often lofty lyrical content, which alludes to Eastern philosophy and different states of being. His connection to nature keeps his work grounded, though, adding a warm, folk vibe that keeps it easily listenable.