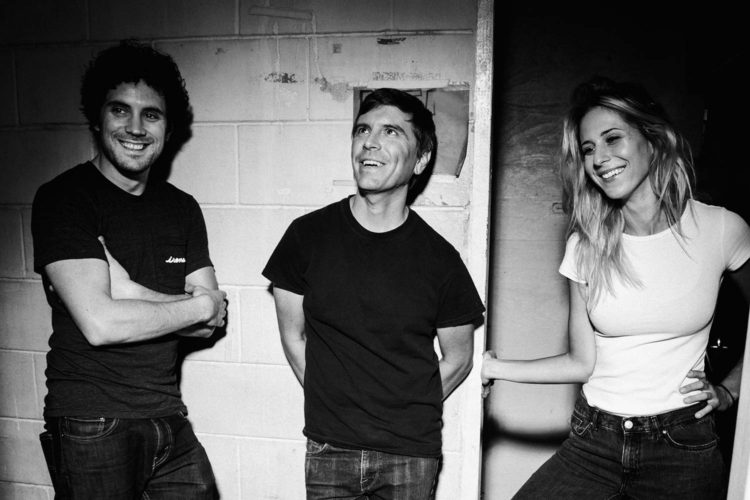 The late Tom Petty would have turned 67 years old today. He once called music “the only real magic I have encountered in my life,” so do ol’ TP a solid on this Friday and check out some New Music. (Because it’s New Music Friday, get it?) It’s what he would have wanted, probably.

When Bully released Feels Like in 2015, the Nashville garage-punk quartet announced (rather loudly) that they were a force to be reckoned with in modern alternative. Between the scuzzy backing tracks and Alicia Bognanno’s fiercely wry lyrics, the band sounded fresh in a crowded genre. With Losing, Bully looks to continue its winning streak. The band’s debut for mainstay indie label Sub Pop, Losing is much like its predecessor, in a good way, at least if early listens are any indication. (What up, NPR!) Production values seem to have been cleaned up over the last couple years, but beyond that Bognanno hardly loses her bite, as evidenced by straining tracks like “Kills to Be Resistant.” Bully plays High Noon Saloon on Nov. 6.

All American Made (Third Man)

Margo Price hardly seems like the type of person to rest on her laurels. Just last year, she became one of “real” country music’s next big things with her album Midwest Farmer’s Daughter, a timeless-sounding collection of songs that earned her frequent comparisons to Loretta Lynn. With All American Made, her second outing for Jack White’s Third Man Records, Price continues to build on her reputation as an old-timey shitkicker with a prodigious songwriting talent. Alongside names like Jason Isbell and Chris Stapleton, Price is helping to bring some artistic (and feminist) integrity back to a genre most recently dominated by red plastic cup-toting dude bros.

While Dan Bejar is likely best known for his work with Canadian power pop collective The New Pornographers, which formed in 1997, he’s actually been working on his own Destroyer project since 1995. And with Destroyer, Bejar helped design the template for modern, lo-fi indie rock, notably in his ability to maximize a somewhat minimal sound. ken is Bejar’s 12th Destroyer record and is described by Pitchfork as being “elegant and perverse,” like a David Lynch film. And with songs like the looming, synthy “Tinseltown Swimming in Blood,” Bejar would not seem out of place on stage at the roadhouse on Twin Peaks. Detroyer plays Chicago’s Metro on Jan. 20.