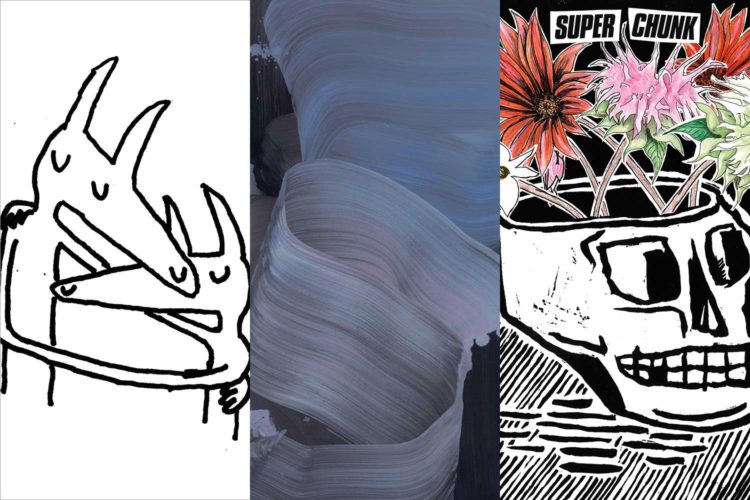 Pardon the automotive phrasing, but the last few years have been zero-to-sixty for Will Toledo, the prodigious musician behind Car Seat Headrest. His lauded 2016 release Teens of Denial addresses teenage growing pains with a universal overview, spinning devastatingly relatable tales of life experiences that could pull empathy from anyone who’s experienced the horrors of puberty. The 26-year-old Toledo has been an example of true commitment to DIY artistry his entire career. Using the backseat of his car as one of his first studios, the Virginia native started recording music in his early teens. Via Bandcamp, he released a staggering eight albums in three years and quickly garnered a beloved cult following. Rather than put out more new material, Toledo — steadfastly prolific yet shrewd and controlled — decided to revamp and re-release the entirety of one of his fans’ favorite albums, Twin Fantasy.

Originally released in 2011 when he was just 19, Twin Fantasy’s themes are softer and less cynical than later albums, rooted in the raw vulnerability of adolescence and the curiosity and fear surrounding romantic love. Singles from the new iteration of Twin Fantasy — like the winding, three-part epic “Beach Life-in-Death” — sound glossy in their production and have lost a little of their lo-fi DIY charm, but they are also fully realized. Toledo has long since moved away from the heavy vocal distortion he layered onto his Bandcamp work; he throws confidence into the sprawling numbers but still manages to maintain the wide-eyed feeling of the lyrical content. Reissuing his deep cuts will get him everywhere with his old fans and certainly somewhere with his new ones, but mostly, it buys some time for new material. And anticipation is often better than the real thing. —JM

Room Inside the World (Merge)

Ought’s 2014 debut More Than Any Other Day proved that the Canadian post-rockers are experts in noise exploration. They create dissonant performance art in seven minute increments, wild with psychedelic guitar and disjointed, sometimes mathy rhythm parts, and vocalist Tim Darcy’s frantic whisper-shouting is laced throughout. Darcy’s lyrics are raving and existential as they both praise and tear down the tedium of life, and his delivery is schizophrenic in range, from mumbling to rushed chanting to talk-singing lists of everyday items and occurrences like David Byrne. Darcy recently took his artistic experimentation in a different direction and released a solo album in 2017, which was markedly less out there in tone and form. That shift is present in Ought’s latest release, Room Inside the World, where for the first time they’ve tightened things up. There are consistent song structures and far less sprawl.Their lyrics, while still smart, are more straightforward, and they’ve grown partial to electronic keys, seen in tracks like “Desire.” And Darcy, who used to hit notes largely by accident, does some pretty standard singing and even tries a little warbling here and there. Room Inside the World is Ought’s first purposeful step toward a more refined, produced and possibly “adult” sound, and as always with growing up there is a possibility of growing bored — but it’s all in the name of experimentation, and you’ll never know if you don’t try. Ought plays the High Noon Saloon on March 31. —JM

What a Time to Be Alive (Merge)

It’s hard to believe Superchunk is in its fourth decade of existence. The amiable indie lifers have always seemed youthful, thanks in no small part to their buoyant brand of pop punk (and frontman Mac McCaughan’s eternal boyishness). On What a Time to Be Alive, the band’s 11th album and first since 2013, the North Carolinian foursome channels outrage through power chords, taking on Donald Trump in occasionally literal terms. “All for You” sees a sneering McCaughan challenge the prez to a fight: “I don’t like to get hit, but fight me.” It’s a raw and emotional reaction, which itself is what’s notable about What a Time to Be Alive: Superchunk is mad as hell for the first time in their lengthy career, and they’re not going to take it anymore. –TW