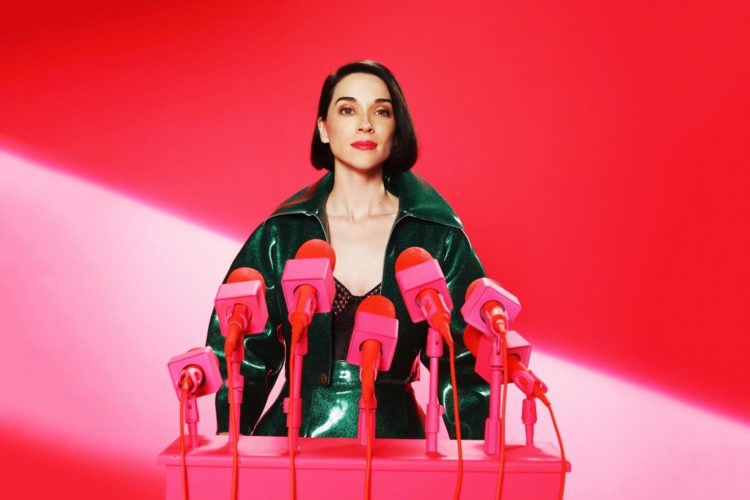 Congratulations! You made it through another work week of drudgery. And again, waiting at the end is the reward: some fresh tunes. It’s #NewMusicFriday! Grungy duos and smart solos await, as well as some genre-bending fun.

What do you get when you mix the conversational garage pop of Courtney Barnett with the messy fuzz rock of Kurt Vile? On the surface, the collaboration between these singer-songwriters could be a match made in indie heaven, and it’s definitely worth getting excited about. Barnett, an Aussie, exploded onto the American scene recently and has nowhere to go but up, and Philly’s Kurt Vile could help her grow and revitalize his own vibe in the process. The video for the dreamy and strummy single “Over Everything” sees the duo switching bodies, which is a great visual for the pair’s effortless musical interplay. Barnett & Vile have a three-night visit to Chicago soon: Oct. 26 at the U. of C.’s Rockerfeller Chapel, Oct. 27 at Thalia Hall, and Oct. 28 at the Empty Bottle.

Andrew Savage is best known for his role as a vocalist and guitarist for indie punks Parquet Courts. He strikes out on his own for the first time with Thawing Dawn. Since 2013’s raucous Light Up Gold, Parquet Courts have done some serious thinking and growing. Their music turned inward as a result, becoming more literate and subdued. You can hear this in Savage’s work, such as the sparse, almost industrial tones of “Wild, Wild, Wild Horses.” But his growth is not at the expense of grit; he styles himself as A. Savage for a reason, and he’s bound to get unhinged at some point. Savage also visits Chicago’s Empty Bottle, on Nov. 2.

Electro-pop artist St. Vincent (aka Annie Clark) blew up big in 2014 with the release of her eponymous album, and justifiably so. The Texas native’s work squirms underneath descriptors, often feeling more like multimedia performance art. Clark fills out her multi-instrumental arrangements with disjointed lyrics that are equally hard to pin down or predict. She does have a tendency for cynicism, though, and MASSEDUCTION scrutinizes the country’s current state of affairs, seen through the wry humor of “Los Ageless” and “Pills.” However, that’s about all that can be predictably anticipated with this album, other than that it’ll be an exceptional listen. St. Vincent visits Milwaukee’s Riverside Theater on Nov. 17 and the Chicago Theatre on Jan. 12.