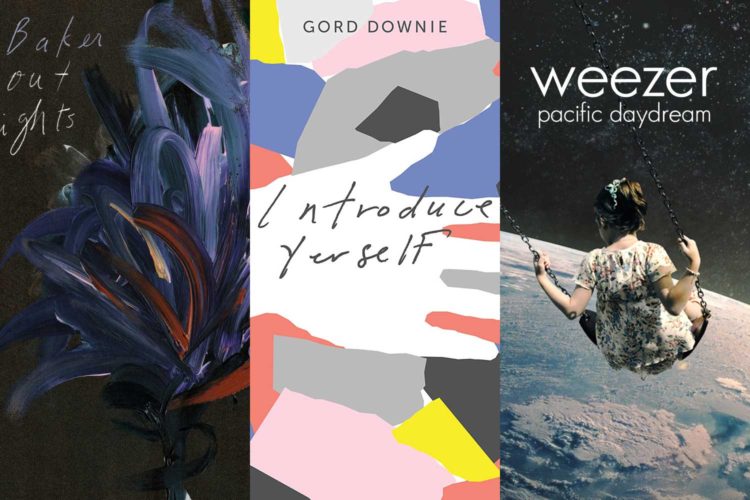 Turn Out the Lights (Matador)

When singer-songwriter Julien Baker debuted in 2015 with Sprained Ankle, she flabbergasted critics and immediately earned a reputation as a musician who is wise well beyond her years. Her stripped-down lyrics talk of failed relationships, remorse, loss and hopelessness, poured through plaintive vocals that plead for your attention and then won’t let it go. At a mere 22 years old, it’s kind of a shame that Baker can write about all that pain with so much ease and familiarity. But her music doesn’t evoke skepticism; it comes from true vulnerability, and she embraces low states as catharsis. Anyone who saw Baker at the Majestic last week knows her ability to conduct a sort of “cooperative meditation on sadness” with her shows, and what a healing experience it can be. Her hotly anticipated sophomore effort Turn Out the Lights features a Julien Baker who has had two additional years of life to add to her repertoire (which to her has probably felt like 10). It’s certain that she’s found enough material to help you embrace the Sad in the best of ways.

Canadian band The Tragically Hip, while virtually unknown in the United States, are bonafide rock royalty in the Great White North. Nine of their albums have reached No. 1 on the Canadian charts, and their final concert last year essentially closed the entire nation for a day. So when the band’s beloved lead singer, Gord Downie, announced that he had terminal brain cancer in 2015, it rocked the nation. Gord didn’t dwell on his fate, though. Secret Path, a 2016 solo effort and Downie’s first since his diagnosis, focused on the goodness of life and the diversity of those who experience it. The sparse, introspective theme of Secret Path was continued with Introduce Yerself, which turned out to be his final album. Downie died on Oct. 17, prompting countless farewells, including a heartfelt and tearful address from Prime Minister Justin Trudeau. Introduce Yerself is a double album filled with 23 short stories, each intended as an ode to a different person in his life. Downie loved Canada, and the entire nation mourns the loss of a man who felt like a close friend.

As our first two album mentions were so melancholy, it seems best to brighten it up and end NMF with something cheery. Rock stalwarts Weezer were initially going to follow up their energetic 2016 self-titled release, also known as “The White Album,” with a fifth self-titled called “The Black Album,” and thus set up the dichotomy implied. Instead of making something dark, however, they abandoned their plan and did a complete about-face. The sunny Pacific Daydream is full of shimmering harmonies and power chords so thick that they slap you right onto the beach with a surfboard under your arm. Even Weezer purists can’t deny that Rivers Cuomo and company make a mean power pop tune about summer sun and fun. Late fall seems like a sort of odd release time for music this warm and upbeat, but I think their intent is for songs like “Mexican Fender” to help you find your inner SoCal even amidst the deepest depths of winter. May this album carry you through. =\/\/=