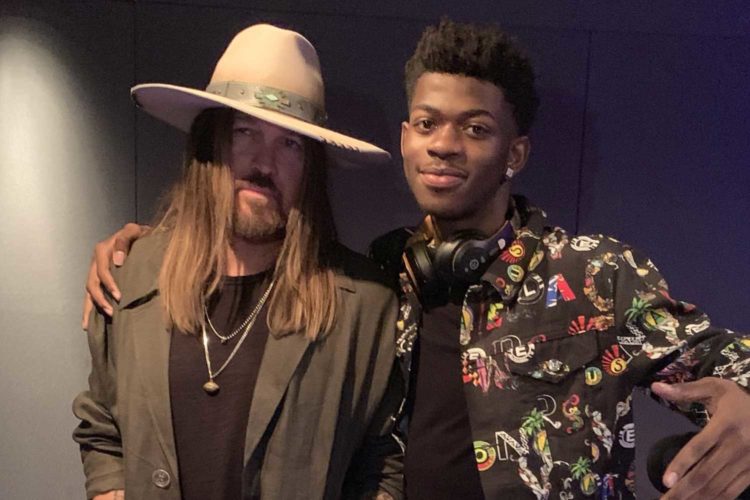 There are hit songs, and then there are viral sensations. You can count the country-trap lightning rod “Old Town Road” by Lil Nas X among the latter.

Every day it seems “Old Town Road” is stuck in another million people’s heads, and it’s stuck in the headlines, too. The track — now the No. 1 song in America — is just shy of two minutes long and follows the narrator asserting his country cred as he forlornly stares down the dusty trail ahead of him. A remixed version was released last week featuring Billy Ray Cyrus.

The catch? As you know if you’ve tuned into the buzz, the track is produced with a trap beat and the artist is a 20-year-old black man from Atlanta. The notoriously exclusive country music industry hadn’t heard of him two months ago. And no one in that industry seems to able to say for sure whether his viral smash “Old Town Road” is “country” or not.

No one, it seems, except Katie Kruz, program director for Madison’s 96.3 Star Country. WMAD 96.3 (“Madison’s #1 for New Country,” natch) has been singled out by Billboard for playing the Cyrus remix of the song more in its first week than any other country station.

The country-rap hybrid tune’s quick explosion from underground hit/TikTok meme into America’s hottest song reminds me of how completely the world stopped in 2012 to enjoy and/or ridicule “Gangnam Style.” Is the song funny, or is it serious? It depends on what credibility you allow it, and I’ve asked almost everyone I’ve talked to this week about it.

Last month, Billboard made an internet-wide joke of themselves by removing the song from their Hot Country Songs chart because it didn’t “embrace enough elements of today’s country music.” Shortly after, the inevitable happened: Lil Nas X released a remix of the song featuring Billy Ray Cyrus.

Lil Nas X can’t do anything about the Hot Country Songs chart, which is the Billboard-curated chart he was removed from. But there’s another Billboard chart for country radio station airplay, which is not curated. The Cyrus remix is riding a new wave there, which has led to the song’s debut appearance at No. 53 on the Country Airplay chart. Again, shouts out to 96.3 Star Country.

Time will tell what happens next week, but with this kind of momentum it’s easy to imagine “Old Town Road” climbing the Country Airplay chart as more stations add the track to their rotation. “People are finding the song everywhere else, in all genres,” Kruz said. “I’d rather they find it on my radio station.” Watch out, Luke Combs!

Will Lil Nas X end up in the split-genre story as more than a footnote?

Regardless of where this song goes on the charts, and which charts it’s allowed to appear on, I’m most interested in what happens after whatever happens next. How will we remember “Old Town Road”? Will it fizzle in a month or in a year?

New York Times writer Jon Caramanica hosted an excellent episode of their “Popcast” this week with an in-depth look at the long history of country-rap. Will Lil Nas X end up in the split-genre story as more than a footnote? As with the success of any other hit once it’s been lobbed into the atmosphere, it’s up to us.

This is why I am launching my support campaign: Talk To Someone About “Old Town Road” Once A Day. I mean, you know you’re probably going to do it anyhow. If this song survives the onslaught of attention it’s received in the past two weeks, it will be because the readers of this column decided to step in and make sure it isn’t treated like a one-off novelty. Gen Z has placed this blessed thing in your hands. Never let it go!