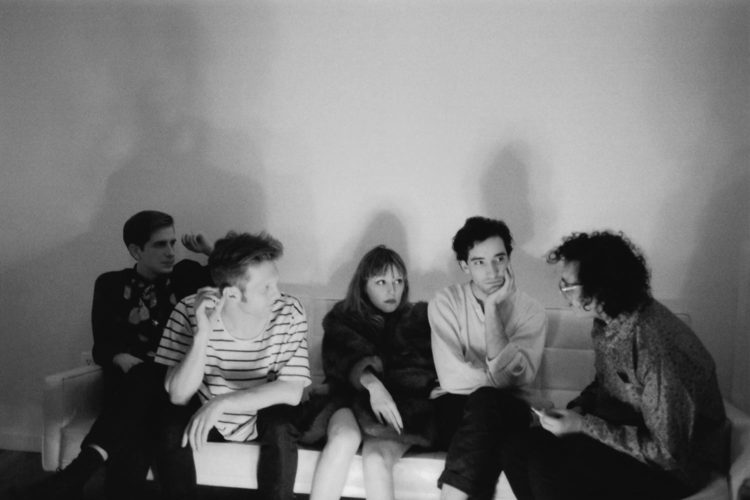 In lieu of checking out any of this week’s new albums, I’ve been spending time with old favorites from my record collection. To be fair, how could any of the bands who released albums on Friday compete with, um, Clap Your Hands Say Yeah? That said, here are four amazing new singles from the past week. You could listen to all of them in 15 minutes! Afterward, I promise you can return to dusting off Chutes Too Narrow and No Doubt’s 2003 greatest hits compilation.

I have (no exaggeration) cried at concerts of Lucy Dacus, Phoebe Bridgers, and Julien Baker in 2018 alone. So I feel like I was justifiably concerned when last Tuesday they announced a collaborative project and released three songs from their supergroup’s upcoming self-titled boygenius EP. This is not because of any uncertainty in how good they’d be, but apprehension for how they might make me feel (i.e., ugly crying in public).

Fortunately, as it turns out, these three songs make me feel pretty great. It’s a lot of fun to trace elements of each of the songs back to its individual members’ tendencies. The Dacus-led “Bite the Hand” is probably my initial favorite, though I’m already greedily looking forward to the additional three songs which will complete the EP when it’s released on Nov. 9. boygenius will be touring the U.S. this fall, including a stop at The Sylvee Nov. 16.

Son!’s Daniel Kaplan has long been one of the coolest and most exciting musicians in Madison. He has previously played a key role in creating extremely fresh stuff with ME eN YOU and as Lord of the Fly. If you’re new to his music, you have a whole of catching up to do. Start with “$$$” — like much of the Son! catalog, it’s a slick and extremely fun track, with Kaplan’s vocals jumping between singing, rapping, and sing-rapping before (spoiler alert) some light chopped and screwed action on the outro. Son! opens for the Seasaw album release show at High Noon Sept. 8, and will play the Prism Music & Arts Festival Sept. 21-22 and the Gilman stage at Freakfest Oct. 27.

2018 has already seen the release of two sick slow-burn dance jams from Mr Twin Sister, who are a bit of a slow-burn dance jam factory. My vote goes to “Power of Two” as the most exciting of the bunch. Confrontational in its flirtation and quick to establish a capital-V Vibe, it’s the kind of song I expect to hear played years from now between 1 and 3 a.m. to soundtrack a living room disco at someone’s birthday party, perhaps situated between “It Means I Love You” and “How Do You Do It.” This is the kind of A+ steamy, laid-back pop Mr Twin Sister has been unleashing since their earliest releases. If you haven’t listened to 2010’s Color Your Life recently, here’s your reminder that you really ought to!

Madison’s Ian Carroll, who produces and DJs as knowsthetime, makes the kind of carefully sculpted beats which give clear evidence of years of production experience. “full price,” the first single from his forthcoming EP Summer’s End., has been my most-listened-to track this week. It features CRASHprez and Defcee both at the top of their game and layered over a new classic knowsthetime beat. Carroll’s agile sample-laced production slides around the track, hitting all the right stops to create a dynamic foundation that’s no mere backdrop. Like the rest of this week’s tracks, it’s no surprise that it’s good. Still, it begs the listener to wonder how any of these artists could possibly keep raising the bar for themselves.