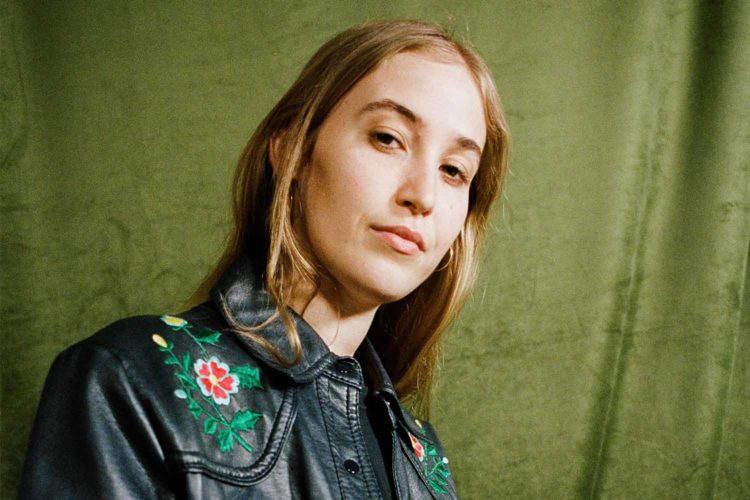 Why should you care that New York’s Museum of Modern Art has announced this year’s lineup for their Warm Up concert series? The roster for the annual weekly July-August party (this is year 22!) is consistently packed with new talents from electronic and adjacent genres. These people are on the pulse! This (or any) year’s Warm Up lineup could serve as the curriculum for a terrific summer music moodboard regardless of your time zone. Check it! But don’t think I’ll leave you in the lurch…

NOIA is Gisela Fullà-Silvestre, a Barcelona-via-New York artist and producer. Singing in Spanish and English, her songs pulse with longing and are peppered with intricate, percussive production. Last week she released her second EP for the reliably dreamy label Cascine, the four-song Crisàlida. Lead single “Ciudad del Humo” comes along with a shadowy noir music video, and it makes for a great introduction to NOIA if you haven’t spent time with her music before.

Like a foot chase, “Ciudad” is urgent but focused and nimble. It feels very New York, whereas other tracks of hers feel much more Barcelona. (For example, the terrific flamenco-meets-FKA twigs “Nostalgia del Futuro” from 2016’s Habits.) If you’ve got an hour, you can listen to all NOIA’s songs at her Bandcamp page, which you should.

The music video for “Easter Sunday 97” sees Detroit rapper and painter ZelooperZ (of Danny Brown’s Bruiser Brigade) and the iconic Earl Sweatshirt delivering another post-Some Rap Songs feature. Artists sometimes talk about how collaborations happen without ever being in the same room as each other; this seems highlighted by the way the picture-in-picture allows both men on screen simultaneously, Skype-style.

Over a tinny, bright sample of keyboards and piano, ZelooperZ delivers humorous and expressive lines that feel effortless. He makes a pass to Earl, who rides out the track in kind. “Easter Sunday 97” is set up as if the rappers are going to trade of verses. But when Earl volleys back to his host’s court, it’s only because the song is over and the next track on the album starts.

As a mid-album track on ZelooperZ’ Dyn-o-mite, Earl’s verse functions almost like an intermission. Such intentional placement wouldn’t surprise me. ZelooperZ has long been dropping slept-on gems of out-there rap, all the way back to 2013’s delirious “Hit a Lick” which is one of my 10 favorite rap tracks from the past decade.

I am pretty sure this song kicks us into the mode where enough of the album’s singles have been great that we can automatically call Hatchie’s forthcoming debut album a success. (Plus, it’s such a baller move to not include the several tremendous 2018 singles which made her debut EP such a standout release.)

“Obsessed” sounds like a Hatchie song, and that formula (hazy guitars, ’90s alt-pop vocal melodies) serves this song very well. It’s a playful caution-to-the-wind ode to a lover who may have gotten more than they bargained for. (“You were the one, you were the one / Who told me to run / Give it a try, get out alive / But I can’t be fun, you’re the only one / I get a little bit obsessed, but it’s OK.”) But what I’m most obsessed about with this track is the killer bridge you can practically hear leading into an a cappella audience clap-along of the chorus once this band starts playing really big rooms.

Keepsake is out June 21, and Hatchie plays a sold out Shitty Barn show on Sept. 13.