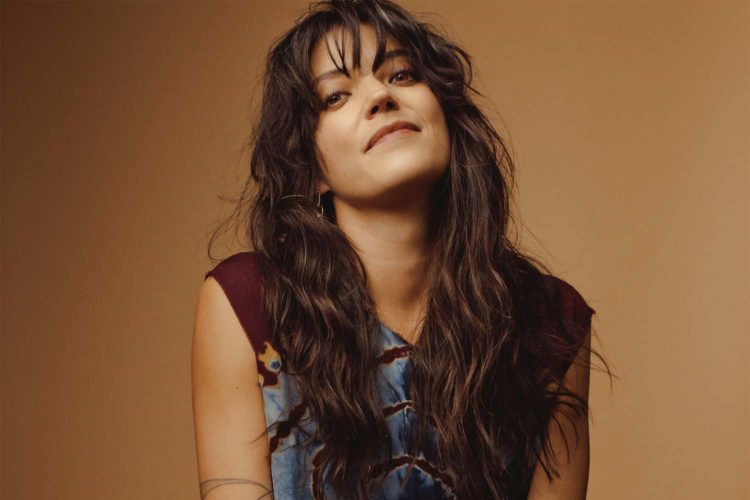 I didn’t get to writing about any of its songs in this week’s column, but I gotta say Pitchfork biffed it with their James Blake review. Assume Form is great! I like it a lot, at least. Sorry they can’t all be The 1975, dorks! Also, the new Rosalía video is yet another incredible one from her.

Sharon Van Etten: “I Told You Everything”

My time outside the house this snowy weekend was soundtracked by either Assume Form or the latest from Sharon Van Etten. It feels novel that my favorite music this three-week-old year is already this good. These records share a lot more than their release date; each is composed and mixed with a ton of air and room for breathing it.

“I Told You Everything” begins her record, Remind Me Tomorrow. And like much of what follows, it’s the kind of story that zooms out in scope and emotional depth very slowly with each additional line. There aren’t too many lyrics. Looking them up after hear the song 10 times, I was surprised to see just how few there were. The slow realization (and the way her voice cuts through those incredibly recorded piano chords and drums) tells as much of this story as anything that could be written down.

Weyes Blood, who I am sure is from outer space, appeared out of nowhere fully formed, a windswept west coast John Denver. In her emergent 2011 form, during the era of Nite Jewel and Pocahaunted, her music was much cloudier and lo-fi. Even then, though, Natalie Mering’s elegant and intentionally meandering vocal lines and dense backgrounds hinted at the Weyes Blood of the second half of this decade. Like much of 2016’s incredible Front Row Seat to Earth, “Andromeda” sounds tremendous, albeit perhaps tremendous filtered through some wavery VHS filter. She’s out on tour next month with Father John Misty. While I still can’t get into him, I do acknowledge that both bands do a great job making songs with triumphant and forlorn orchestration. It sounds like wistfulness sounds, but “Andromeda” looks skyward: “Love is calling / It’s time to give to you / Something you can hold onto.” Yow! Keep looking up for an announcement for details on what is sure to be another great album.

In the handful of days since “7 Rings” was released, there’s been a lot of talk about what the song sounds like. What does it rip off more: 2 Chainz’s “Spend It”? Soulja Boy’s “Pretty Boy Swag”? Princess Nokia’s “Mine”? All of this distracted from the song itself, which feels kind of weird regardless of the issue of songwriting ‘influence.’ “7 Rings” comes at a time when a large and ever-increasing portion of her fanbase are growing more skeptical about extraordinarily rich people and their effect on the rest of the country. I could totally be missing the point, but it seemed kind of tone deaf, not that many of us were necessarily looking to Ariana Grande or any pop star for nuanced takes on wealth.

It should also go without saying that it’s remarkable that the same song with verses eliciting this controversial buzz has a chorus built on the Sound of Music banger “My Favorite Things.” The clearest precedent in her catalog for this is “Popular Song,” an album track off her 2013 debut Yours Truly. It’s based on the chorus of “Popular” from Wicked (yes, Wicked) and sung with collaborator Mika (yes, Mika). The two tracks feel worlds — well, six years — apart but ultimately both feel like a novelty more than the sort of song that would blend well into an album’s context. You’ll have to imagine me putting on pink sunglasses as I end this column with a hearty thank u, next.